No One Left to Fight II #1: High-Octane Fun 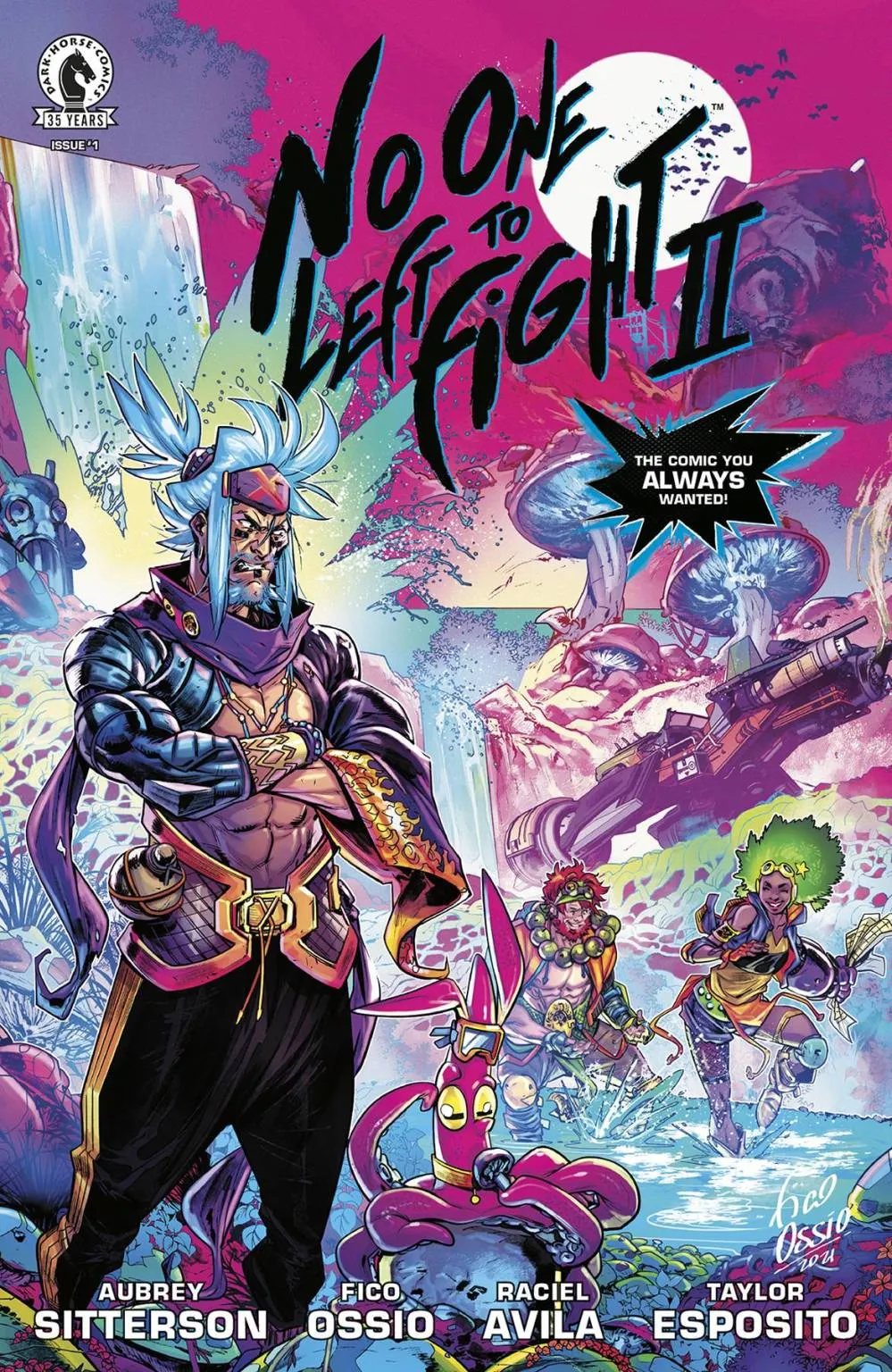 The comic you always wanted is back courtesy of creators Aubrey Sitterson (Savage Hearts, The Comic Book Story of Professional Wrestling) and Fico Ossio (Mister Miracle, Spider-Man). This volume picks up where the smash-hit, critically acclaimed first Fightverse series left off, with the world's greatest fighter struggling to find his place after all his battles have been won and while there’s still time left. 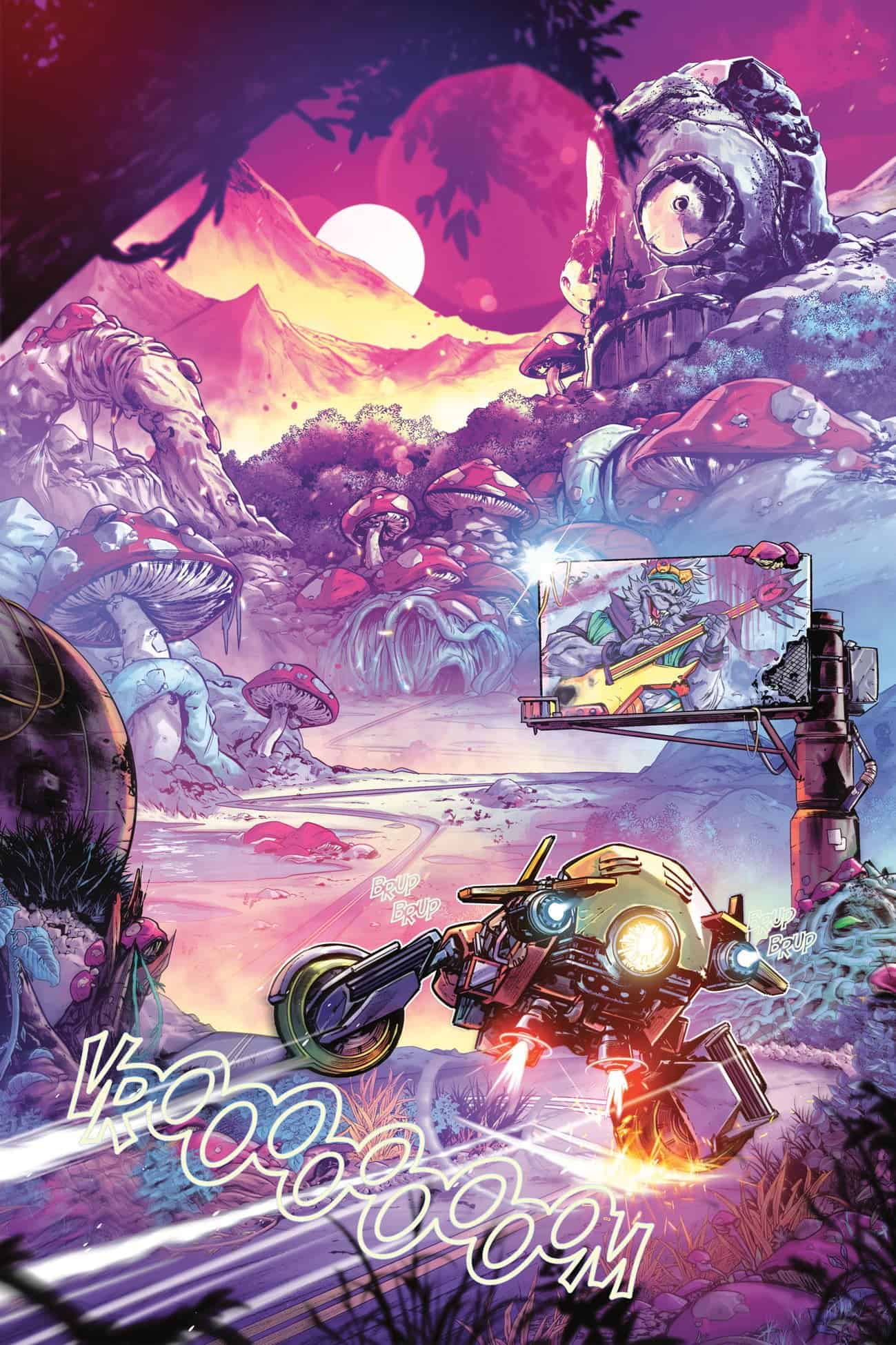 Two of my favorite series currently on shelves being The Worst Dudes, written by Aubrey Sitterson and lettered by Taylor Esposito, and Mister Miracle: The Source of Freedom, drawn by Fico Ossio, it makes sense that I would enjoy No One Left to Fight II. Created by Sitterson and Ossio, No One Left to Fight II picks up after 2019’s No One Left to Fight. While it is a direct continuation, I enjoy the inclusion of “II” in the title. It calls up memories have all the fighting games you played in bowling alley arcades and friends’ basements. The “II” means twice the fun, twice the action, and twice the cool. Where many series lose their spark, this next chapter feels fresh and without losing momentum. Readers shouldn’t be intimidated to jump right in, plus, they won’t get lost in the issue numbers. In doing this, the progression of the story and the development of the characters feel much more concrete and realized. 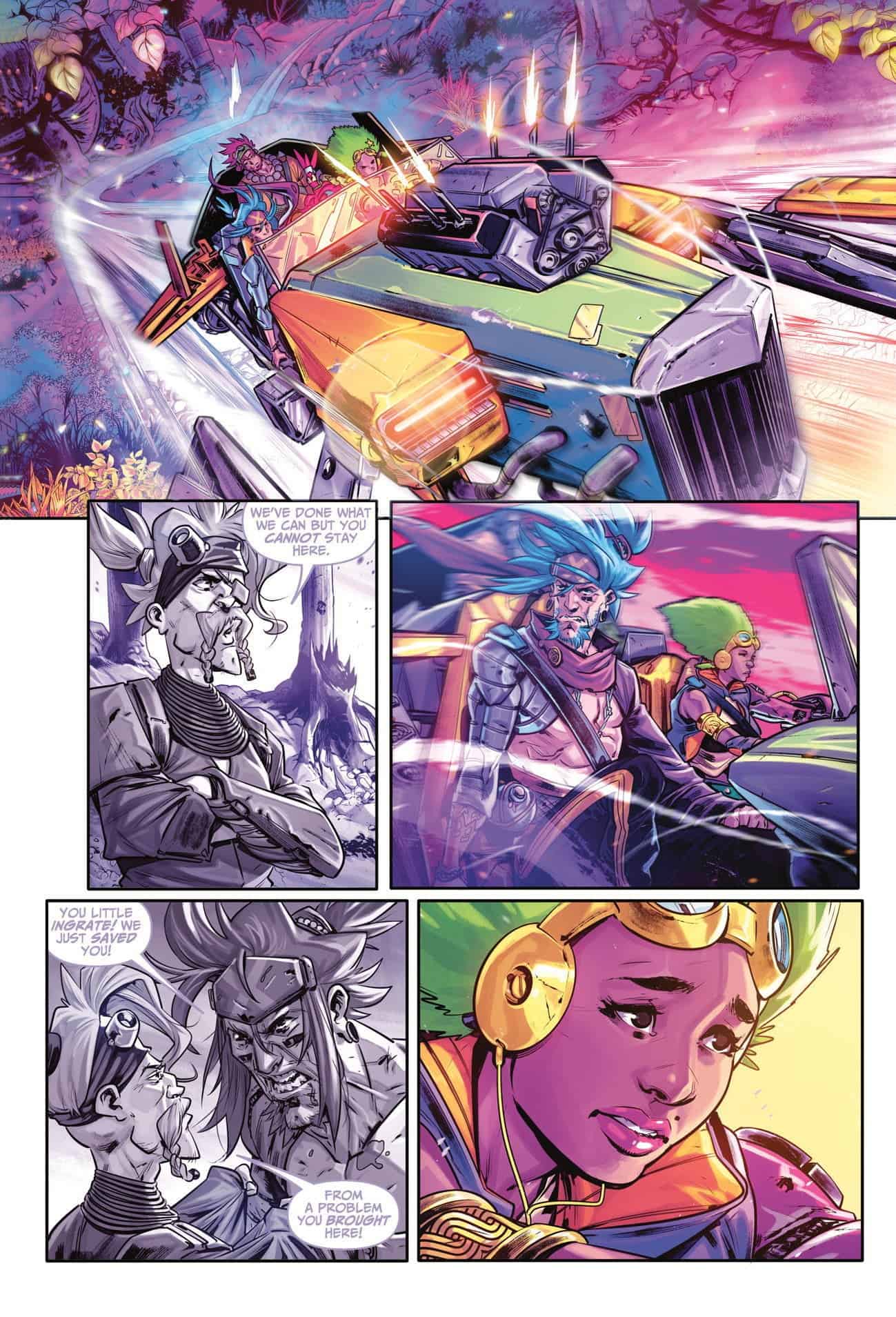 The art alone is a feast for the eyes. Fico Ossio’s art shines in motion. At no point does this book feel stagnant; Ossio is able to breathe life into each page flowing with Day-Glo colors in collaboration with Raciel Avila. Something I have praised in Mister Miracle: The Source of Freedom is Ossio’s facial expressions. On top of the incredibly cool character designs, Ossio’s faces are unique and feel like real faces, human or not. For a comic that moves at the speed of light, there are no details wasted or missed. Vale, Krysta, and Timor are just as “alive” as the fantastical world they occupy, thanks to the entire creative team. Taylor Esposito’s lettering keeps up with Ossio and Avila’s vibrant, high-speed art. Esposito’s style is lively and unique with enough muscle to shine over the art when needed. With characters and a world that are undeniably cool and interesting, Sitterson’s writing is the air in the book’s lungs. Always catching me by surprise, Sitterson delivers standout moments when I least expect them. To Vale, Krysta says, “Sometimes you have to let the poison out. But you don’t have to wallow in it. It’ll eat you alive if you let it.” For a book advertised as “The Comic You Always Wanted,” it sure has lines you always needed. From the looks of issue #1, No One Left to Fight II feels like the comic book equivalent of rolling down all the windows on the highway and cranking the volume up.

No One Left to Fight II #1 hits the ground running and doesn’t lose its footing in this high-octane return of the comic you always wanted!

No One Left to Fight II #1: High-Octane Fun