Nocterra #10: Sundog Convoy and the Emancipation of Blacktop Bill 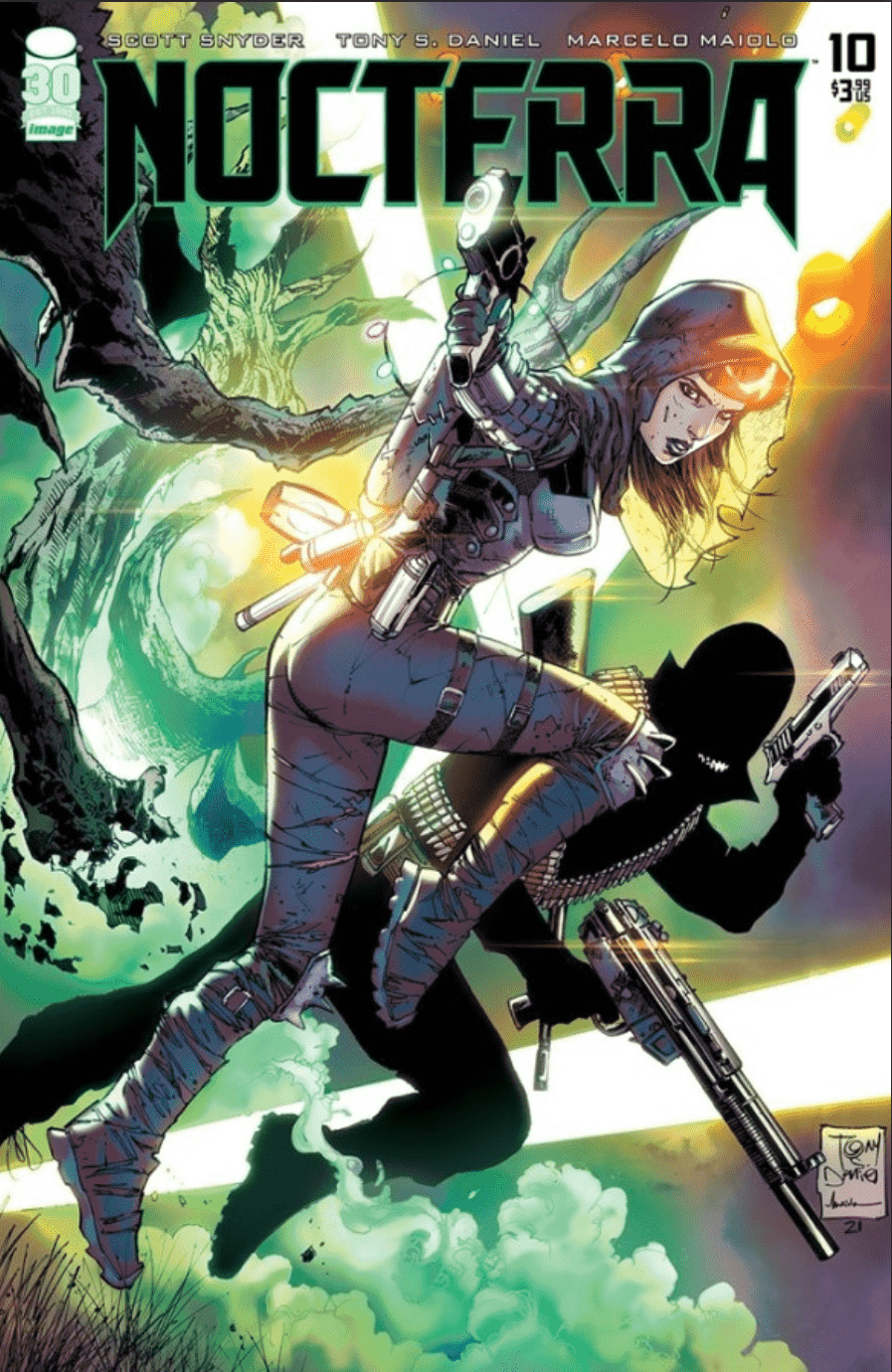 As the Sundog convoy draws nearer to the birthplace of Blacktop Bill, a terrible revelation arises that will redefine the world of NOCTERRA as we know it...

Last issue continued Scott Snyder and Tony Daniel’s road epic by exploring the new dynamic of Sundog Convoy now that Blacktop Bill, once their greatest nemesis, is now an uneasy ally as they continue on their journey to Eos.  The next stop in that journey is Luna, home of William and the Nocturnes, where Val, Piper, and Co. will seek the next step in ending the darkness enveloping their world.

Nocterra has excelled as a title in moving from one climactic showdown to the next.  That trend continues in its tenth installment, as the first pages of the issue establish the gravity of the team’s visit to Luna.  Bill is predictably the key to Sundog Convoy’s infiltration plan, but when that plan stipulates that Piper will be left behind to flee should everything go sideways, tension arises between the two series leads.

Meanwhile, it is established that the sea-bound mega shades surrounding Luna are a uniquely colossal threat, and Val enacts her plan to locate Eos from the higher-ups at Luna.  As is typical in the world of Nocterra, though, those plans give way to chaos when a recurring thorn in the side of the group with a score to settle makes his presence known.  The literal and figurative roadblock forces Piper and newcomer Adam to improvise.  Their actions, however, might land everyone in the sort of danger not even Blacktop Bill, William or any of the Nocturnes are prepared to handle. Tony Daniel’s artistic touch, which has been an essential constant of the series to date, outlines the scale of the trouble the heroes and villains alike are in to close Nocterra #10.

"Pedal to the Metal" has been an apt title to the second arc of Nocterra.  The story has moved quickly, but in such a way that leaves readers eager to see what happens next rather than overwhelmed by the action.  Tony Daniel has continually made Blacktop Bill and William more visually compelling than silhouettes have any right to be, while Scott Snyder’s plots have upped the ante with each passing issue.  Nocterra #10 ends with a “to be concluded" promise, and if its contents are anything to go by, that conclusion should be quite the spectacle.

Nocterra #10: Sundog Convoy and the Emancipation of Blacktop Bill