Non-Stop Spider-Man #2: Don’t Stop ’til You Get Enough 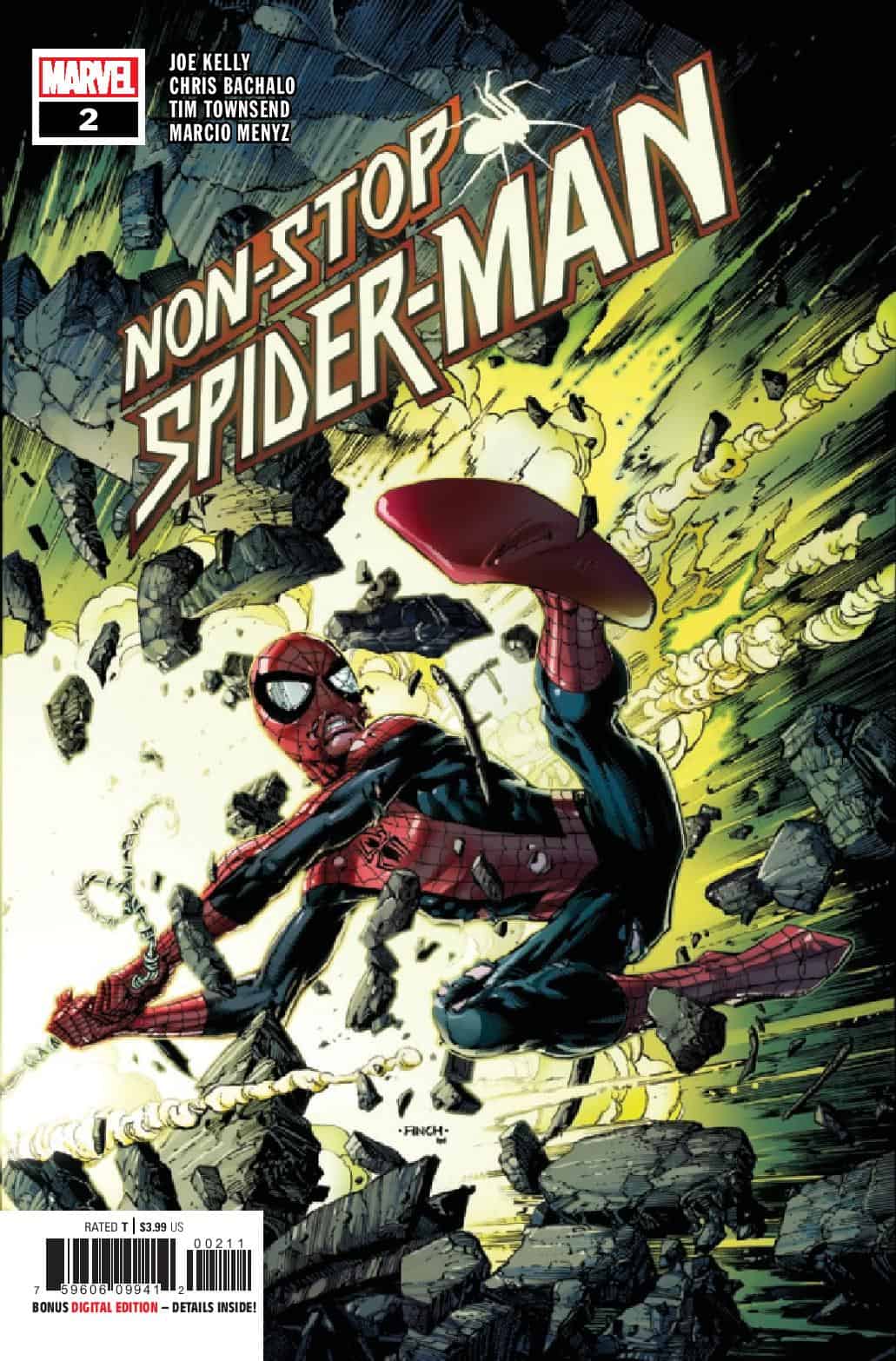 New York City has a drug problem! Yeah, I know...but I'm talking about in this comic. Young people are overdosing on drugs and some are even dying, but the BIG problem is-the doctors can't detect any drugs in their systems! Spidey is on the run to first find the drug and then find a cure!

I know this book is called Non-Stop Spider-Man, but author Joe Kelly is getting carried away. The characters in this issue literally stop for like 4 panels and that’s it. That’s pretty much non-stop if you ask me; no false advertising here. Aside from the incredible pacing in this issue, Kelly really does a great job hitting some other beats here. He introduces the GREAT big bad in this issue, which is a last page shocker (no, it’s not him), and comes up with an honest to God original idea for a criminal scheme. Also tossed into the mix is Norah Winters, who I’m a fan of, and after reading this book, you will be too. She’s the perfect foil for Spider-Man, the complete opposite personality in every way, except that they have the same sense of humor. This story does take place before Norah gifts Spidey his new costume, so Spider-Man has to rely on good old-fashioned superpowers to get the job done. Kelly does a fantastic job crafting this issue into a roller coaster ride from start to finish, but, while it is all balls to the wall action, it’s not without substance, which gives this comic the one-two punch that takes it from fun to fantastic. 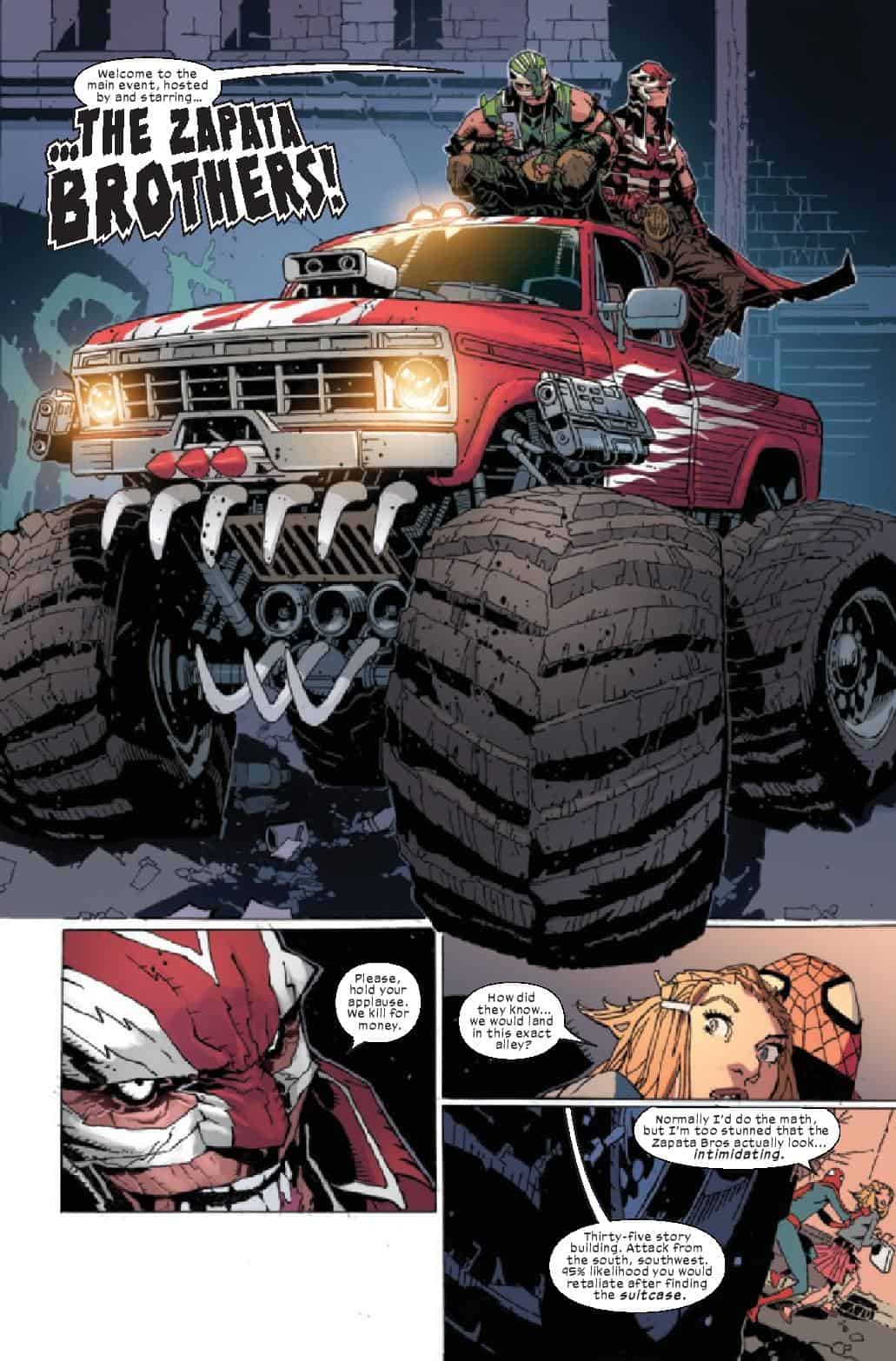 Chris Bachalo draws this book!! I could just stop there, but I get paid by the word [Editor’s Note: You’re getting paid? I need to speak to the manager!], so let me elaborate. Bachalo has a great history with Spider-Man, he’s one of those guys who’s very much a “spider-man guy”. His art is kinetic, frantic at times, and always in motion, but especially here. One of his trademarks is shoving 10 pounds of stuff into a 5-pound panel and this time is no exception. Everything is gloriously overcrowded, just like the real New York City. A fantastically illustrated book!

Nail-biter, cliff-hanger, anxiety-inducer, this comic is all of these things, but most of all it's enjoyable!!!! As my friend Eddie Ganz would say, this issue is "Killah"!!!!

Non-Stop Spider-Man #2: Don’t Stop ’til You Get Enough