Non-Stop Spider-Man #4: Is There a Doctor In the House? 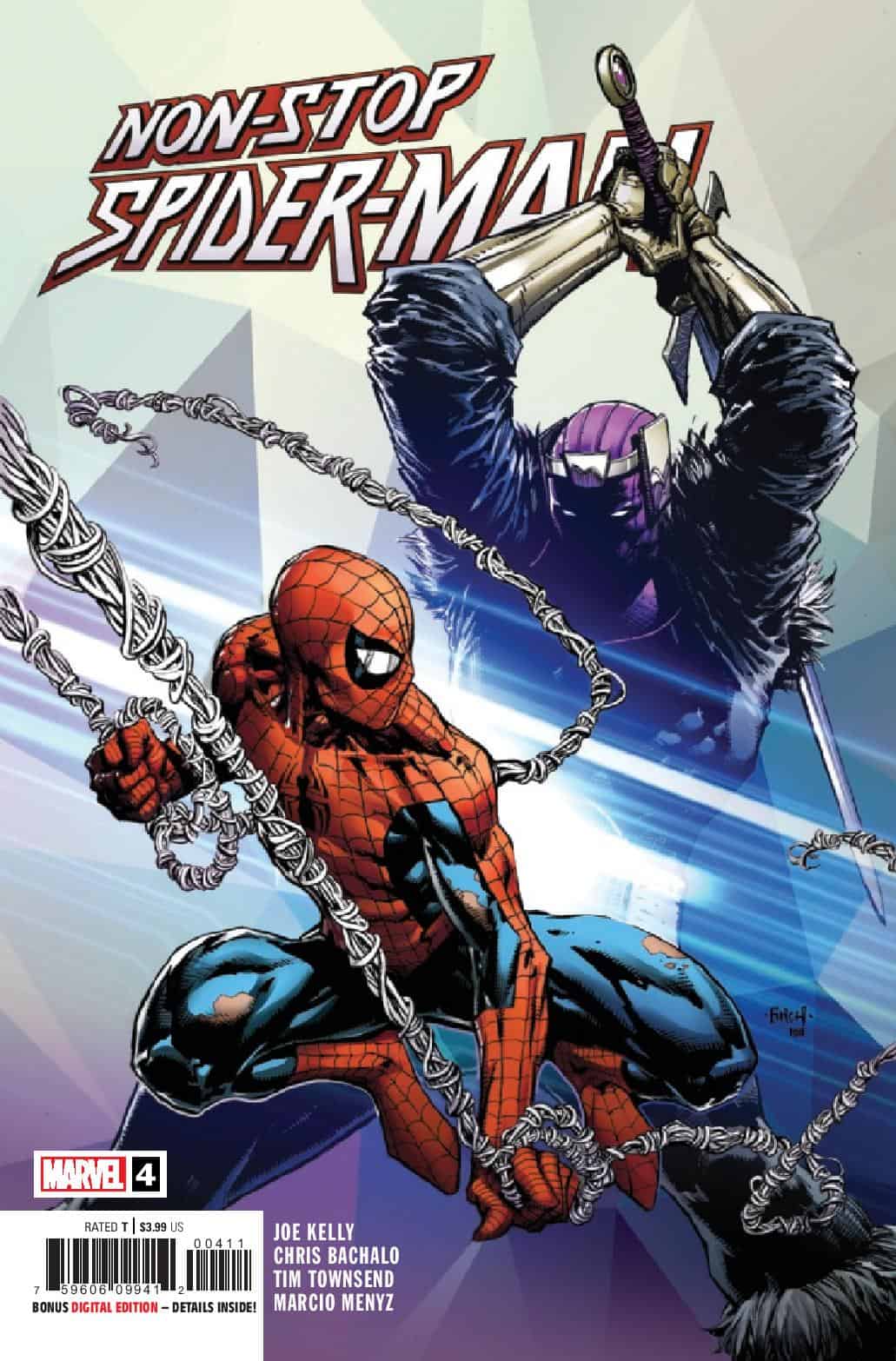 It's all been leading up to this! Now, it's time for Spidey to get it on with Baron Zemo!!

It’s really great having Joe Kelly back on Spider-Man, the author has always had a unique take on Spidey that’s light-hearted, snarky, and just downright entertaining. Kelly goes deeper than the usual wise-cracks that some writers label Spidey with, they’re not just generic, they actually fit what’s going on in the story and it current culture. Normally these don’t play so well as time moves on, but Kelly has a way of hitting them so that they’re still gonna be funny ten, fifteen, even twenty years down the road. He also is a master of the craft of telling a compelling story. He’s not afraid to set a story in any time frame, past or future, or just have it be an interesting story that takes place at no particular time in the history of a character. A “day in the life” tale if you will. In addition to using someone else’s villain, Kelly throws another hero into the mix, making the story even more entertaining than it already has been. Kelly uses the whole Marvel Universe when he writes, not just Spider-Man’s little corner of it and I think that that adds a great deal to the enjoyment factor of the whole thing. 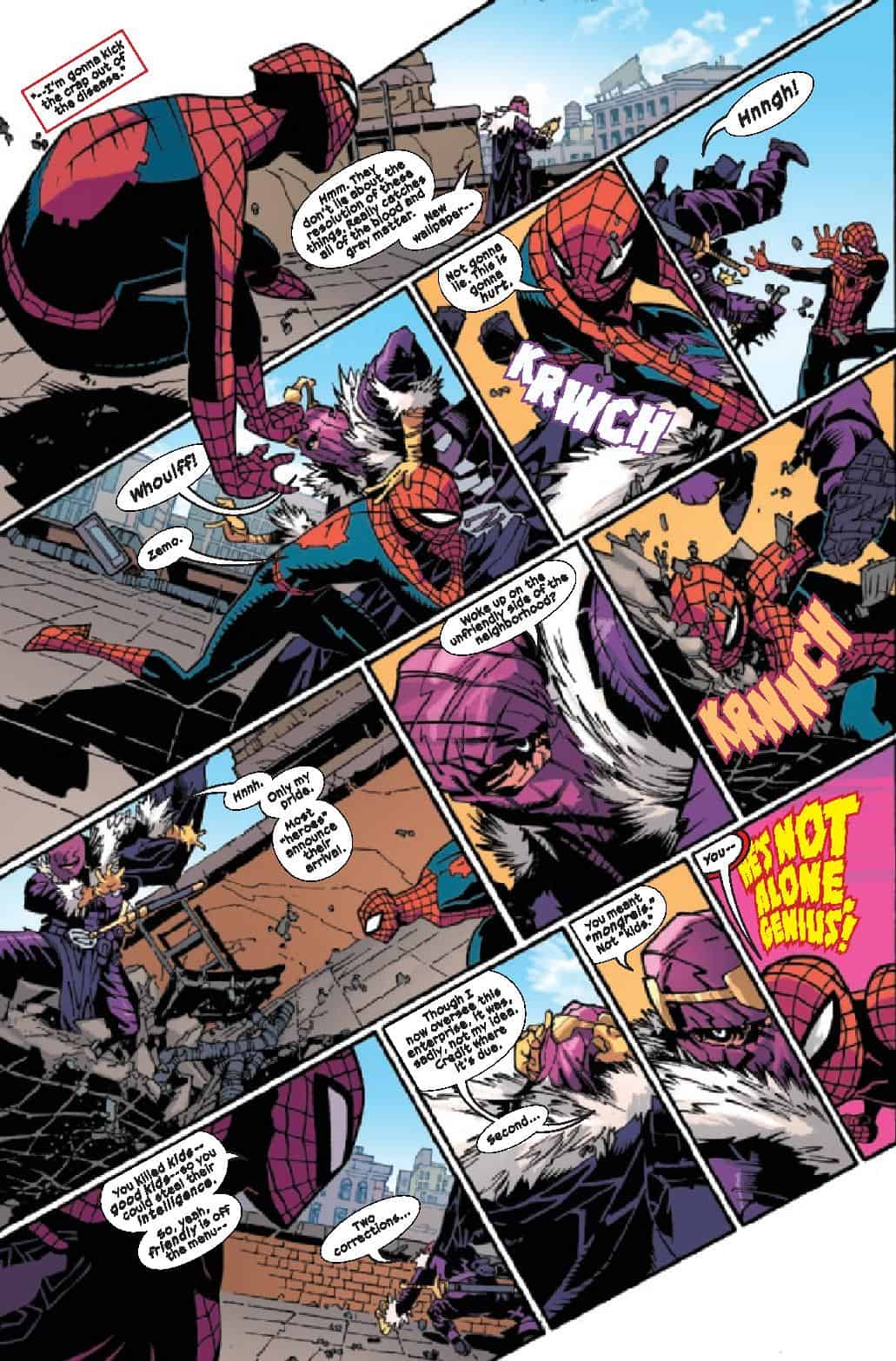 Artist Chris Bachalo is back at the artboard and he’s doing a really great job, after all, Spider-Man’s one of his “go-to” characters. One that you always love seeing him drawing. I’ll admit, I’m not a huge fan of the titled panels that Bachalo uses in this book, but they do convey a sense of urgency, and I think that’s the most important factor in this case.

A really fantastic issue that's a pleasant surprise and will give you a feel of the old Lee/Ditko issues!

Non-Stop Spider-Man #4: Is There a Doctor In the House?