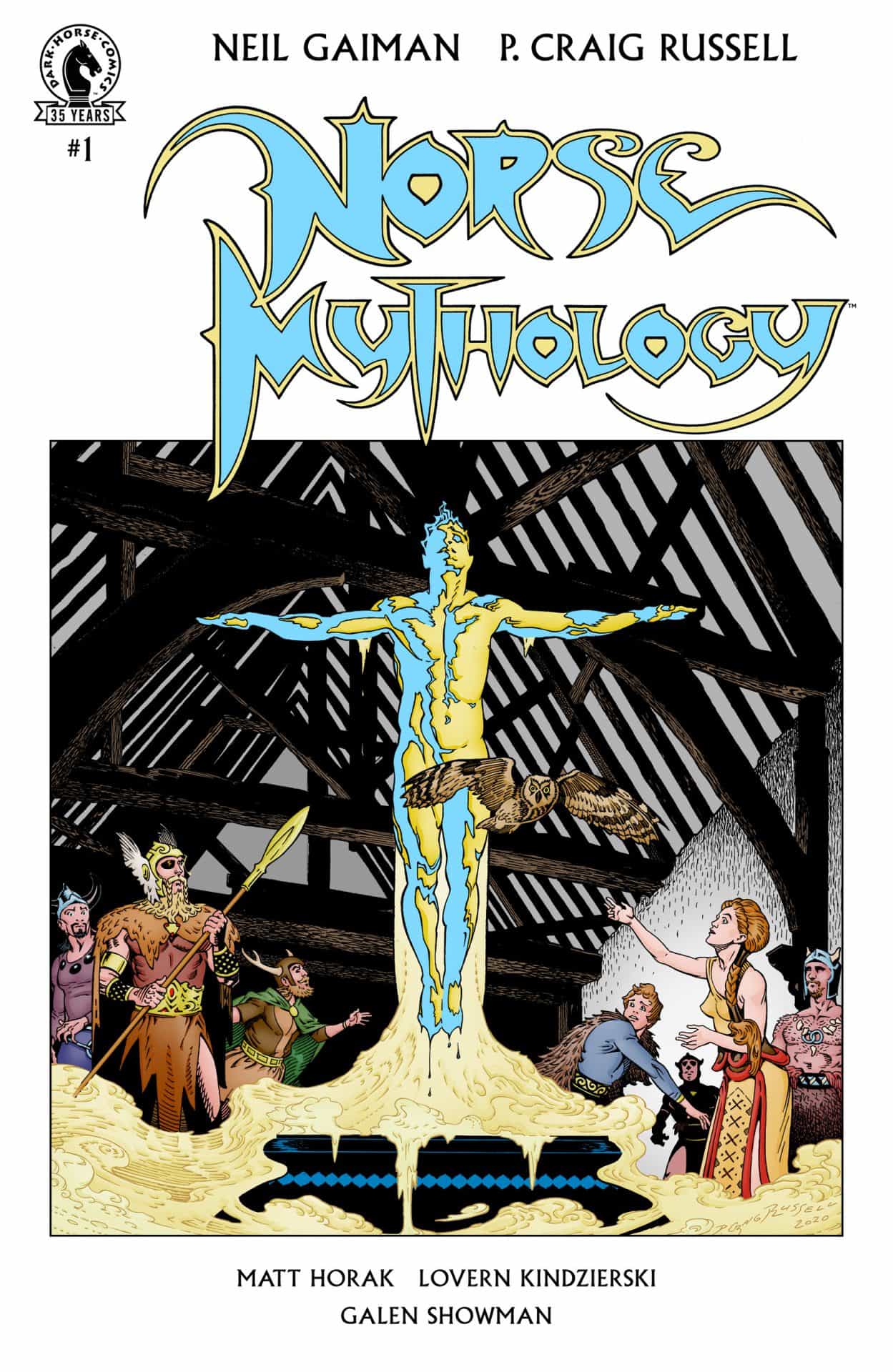 Norse Mythology is an adaption from Neil Gaiman's 2017 book, by the same name, has become a big hit for myself and many others. The retelling of the story of the Old Gods has given a fresh of breath air as we see these stories play out from the ink and paper to the colors of a comic book. With the story of Kvasir being told this time, as the colors splash across the page. The story is such an old one and can be forgotten if not given the research into this one. And while the Mead of Poets gives us insight on what it can tell us about a person that thirsts for knowledge and twist it for their own gain.

Kvasir myth told to give the story of poets and the fact that he was brought to life by the saliva of the Gods and given a name by them. A birth-given so that peace could be brought forward, and the fact that the gods admired him and spoke with him on the same level as them. It was such a wonderful story to be told and the one that will bring forward into the next issue on what will happen later on. While this is only one half of the story, I can tell you that the next half is one that you don’t want to miss.

Neil Gaiman’s retelling of these stories is a wonderful way to bring forth the old myths and to give knowledge of these very myths. Bringing them into comic book form would reach even a bigger audience and I’m fully enjoying them. I remember reading the Prose Edda and the Poetic Edda and being so enthralled by those legends. And giving them life in another form is such an amazing way to see them painted out.

Matt Horak’s art style gives these stories life and breaths into them with this style of work that they are currently doing. Each character giving them life and detail to who they are and how distinctive they are to one another. From the shock of a face to the smile of another as one speaks to another. I applaud Matt for what he has done for this comic book.

Neil Gaiman's retelling is one not to miss and now that it has taken the form of a comic book, it is even more wonderful to pick up. The next adaption to Norse Mythology will be out July 14th and this will be the other half of Ksvair's story and what will be brought forward will be amazingly beautiful and I cannot wait for you to pick these comics up.