Nottingham #2: Shot Through The Heart 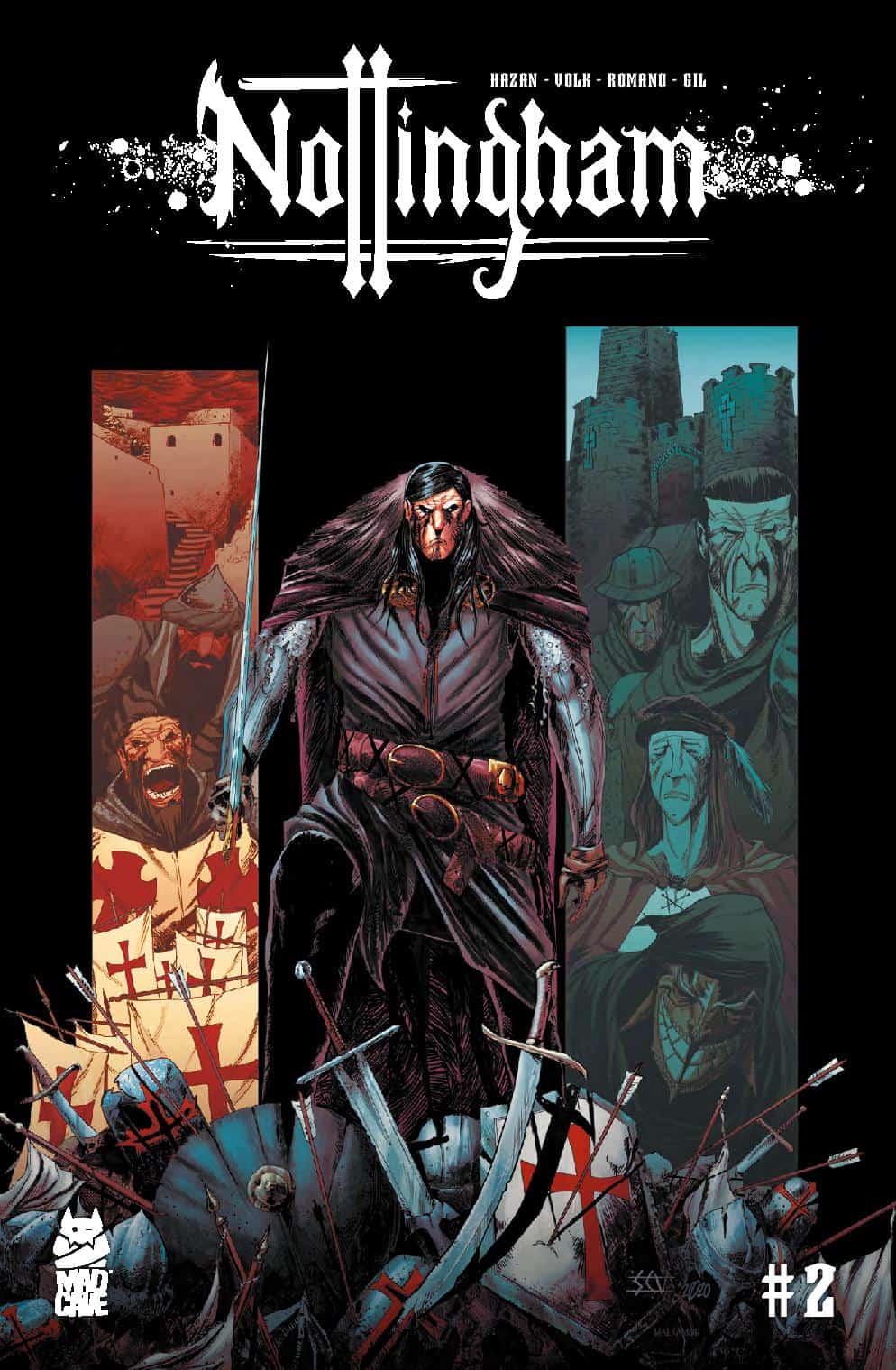 Wooooooow!!!!  After reading the first issue of Nottingham, I thought that the creative team had put so much into it, that they’d need to ease up a little and get down to telling the story of this “what if Robin Hood was a bad guy” title. It’s done in almost all comics: hook ‘em with the first issue then you can ease off the gas and dig into exploring the book’s universe, the main focus, and backstory. What I found exceptional about this issue is that writer David Hazan manages to do both. I can’t necessarily say that the violence is amped up from the first issue, but it’s definitely not toned down. The most impressive thing is that Hazan manages to work bits and pieces of the background story into the issue, naturally fitting into the main story. Both are very entertaining and I have to admit that, the more I read the more I’m becoming convinced that maybe Robin Hood was the bad guy in the story. Hazan doesn’t just “reverse” the characters, making all the heroes into villains, he gives a legitimate reason behind their motives and actions so when you’re reading this issue, it’s more than just a “Crime Syndicate” or “Authority” version of Robin’s band of Merry Men. 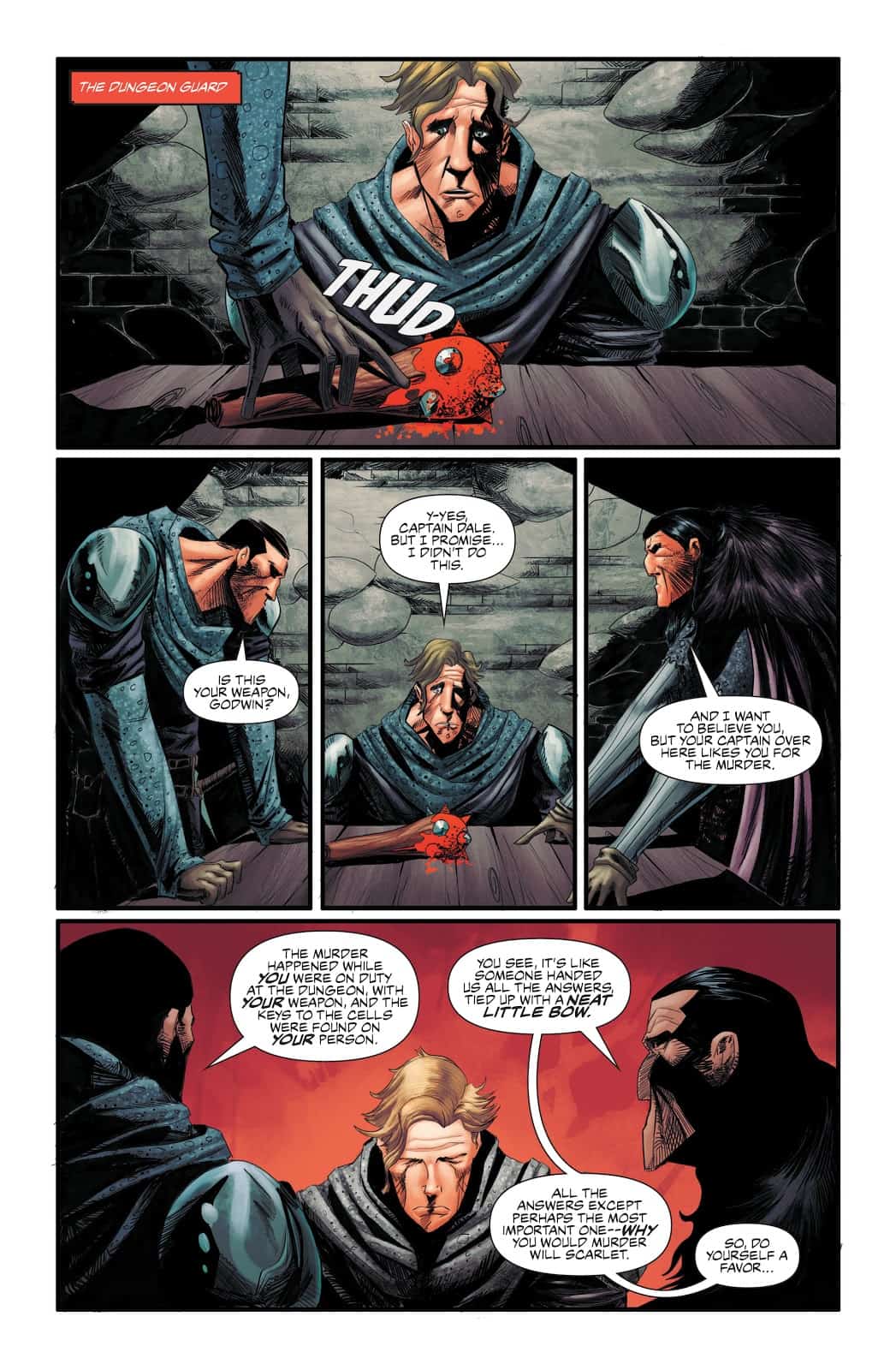 Artist Shane Connery Volk does some fantastic work again, just like he did in the previous issue. I’m starting to really love his “heavy-handed” style and it was made for a book that’s more action/adventure than superhero. He’s able to get the point across with the violence but never steps over the line into gory or gratuitous. Colorist Luca Romano is fantastic on this book, making it dark and very heavy on grit, but light enough so that you don’t lose any of the fantastic art.

Another thrilling chapter in this story, chock-full of legit surprises with an extra dose of violence thrown in for good measure. I really recommend this title highly, but be warned, language and violence are very prominent in this book.

Nottingham #2: Shot Through The Heart