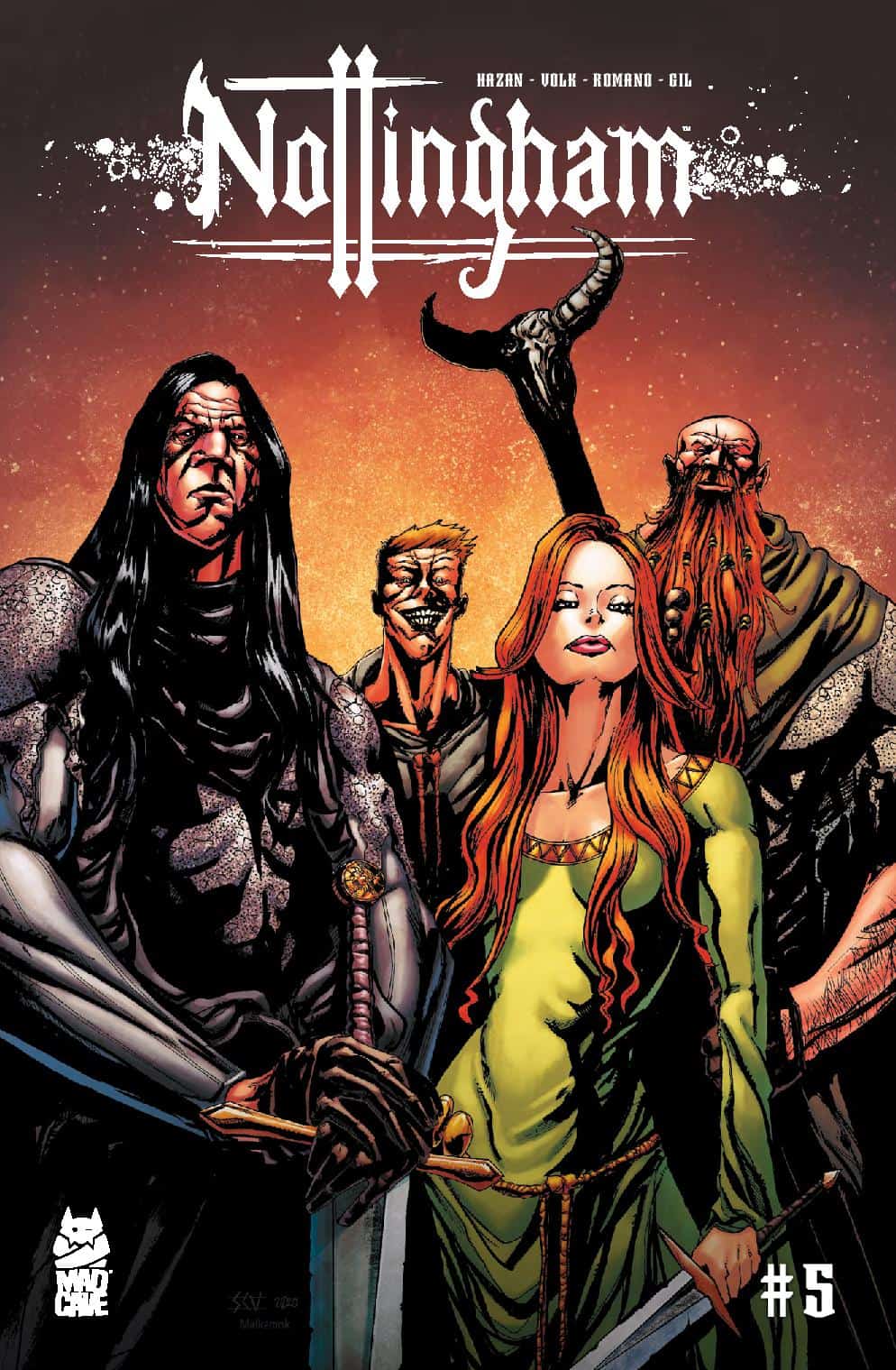 The evil Robin Hood and his Merry Men have finally been cornered by the Sherriff of Nottingham and his men, But if you think the fight's been won, think again!

Just when you think things can’t get any bloodier, gorier, or any more full of twists and turns and backstabbing in this comic, issue #5 rolls in. This is both literally and figuratively the culmination of the series, as everything you’ve been waiting to see can be seen here. Told from the point of view of the Sherrif of Nottingham and his men, we finally get the showdown we’ve been waiting for. The Sherriff vs. Robin Hood vs. you wouldn’t even believe me if I told you. Just when you think there’s no more swerves that can be played, author David Hazan throws maybe the single biggest swerve in this series, one you’ll never see coming in a million years. From the first issue, this series has challenged the way we look at this story, and in a sense, in comics in general. What happens when it’s not good vs evil, but evil vs more evil?  This series goes out like it came in, jaw-dropping, balls to the wall action and intensity. 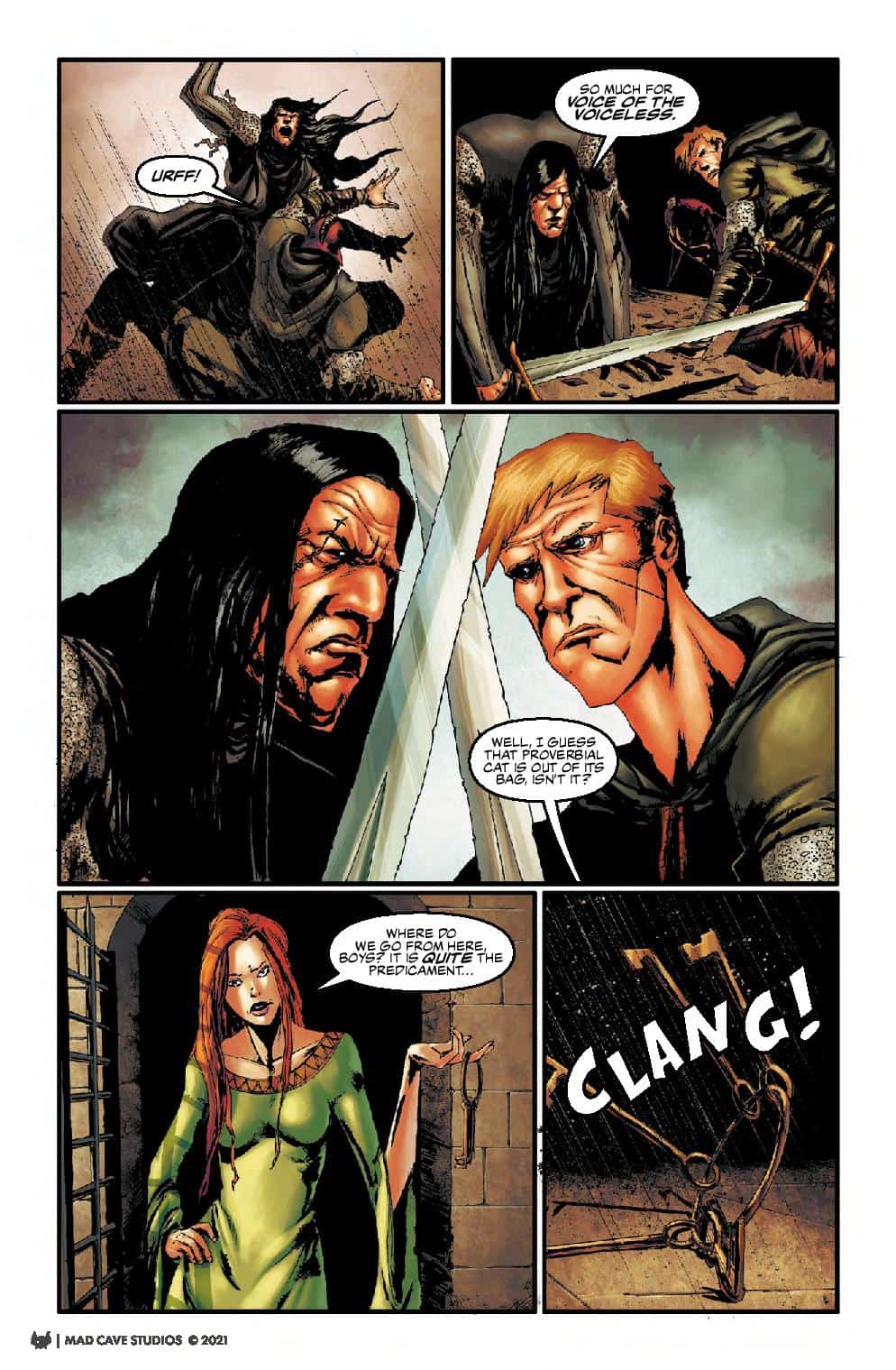 And it wouldn’t have been half as intense without artist Shane Connery Volk nailing the art. Volk is one of the few artists that invoked actual human emotion in me as a reader, and I won’t ever forget that nor will I forget his amazing work on this series. His character designs were unique and he made them work so well in this world he created, one you dove into the pages of this comic, you didn’t even want to come up for air. Volk is definitely a name you’re going to be hearing a lot more of in the coming months, ad hopefully, years.

Sad to see this series come to end, but boy was this issue the high-note that you'd expect it to go out on. I applaud this WHOLE creative team for the work that they've]done and I can't wait to see more from them! Oh! Just one more thing. I know this series has been hard to come by, but don't worry. You can preorder the trade right now, just take this code: JUL211786 to your local comic shop and lock it in!!