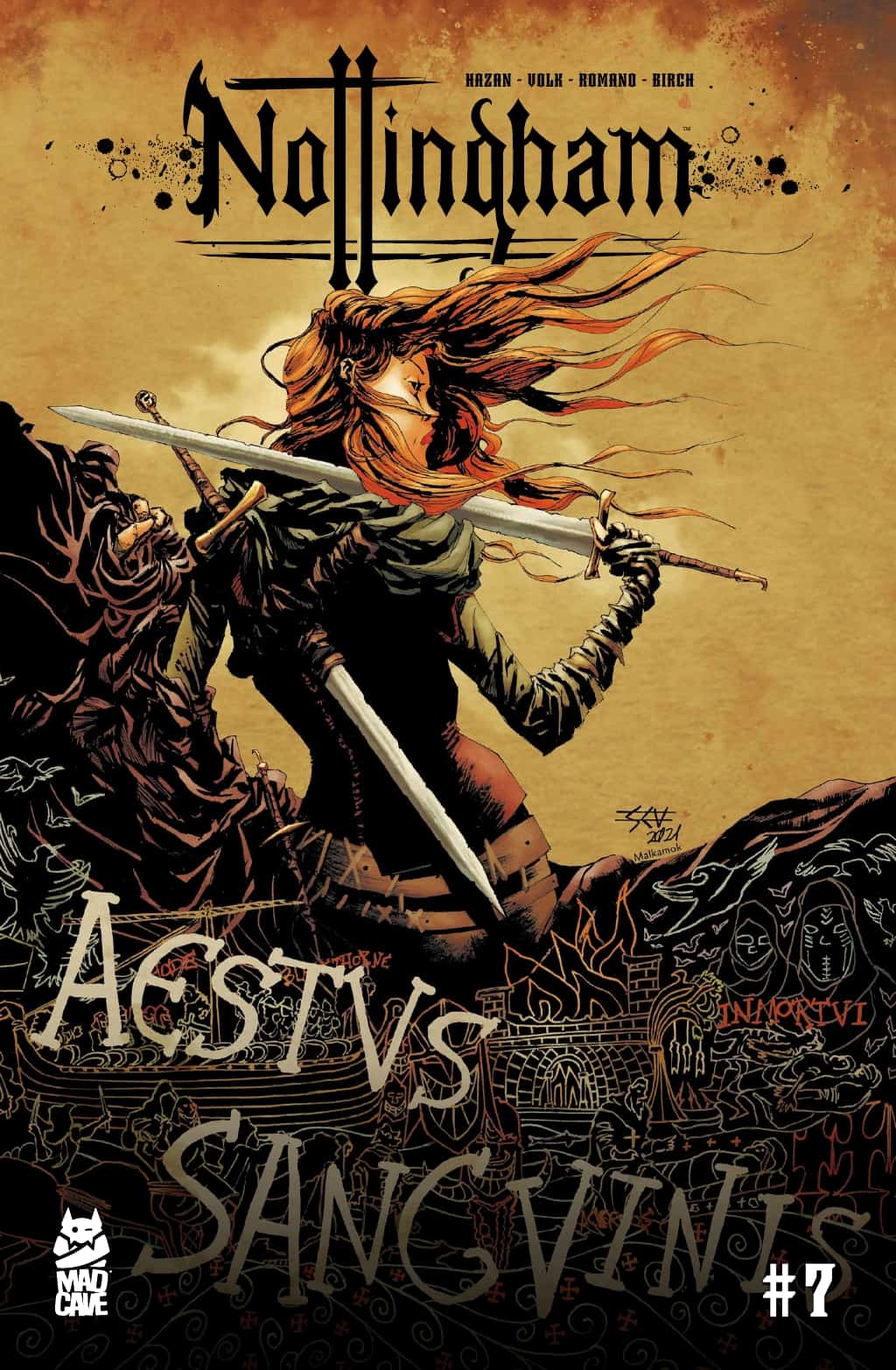 While the Sheriff and a surprising teammate have left for another land, the mission of the Merry Men has begun.

Woooo!!! This issue of Nottingham is a very distinct turning point in the story, even more, so than last issue’s jaw-dropping events. Author David Hazan has put together the comic book industry’s oddest odd couple yet. Wrapped in a very interesting story (to say the least) is a crisp, bold relationship between the two main stars of this book and it’s really well written, very organic, very realistic. This isn’t the run of the mill “BUT CAN THEY COEXIST?!?!?!” story, it’s really the coming together of two people that are on different sides of an argument, and it’s apparent that they both know that not only are either one of them going to solve the argument, but they both know that this issue is going to last waaaay beyond their own lifetimes. Like every issue of Nottingham, this issue sets some critical events into place, and these events have been in the back of your head since you first heard about the book, but actually seeing them happen is stunning, emotional, and very effective. Hazan has a way of smacking you right in the face with the obvious and making you enjoy it. As well as that, Hazan drops in a couple of his patented “Oh wow. This is going to end really, really badly. I can’t wait to see it!” moments and they have as much impact as you’ve come to get used to. 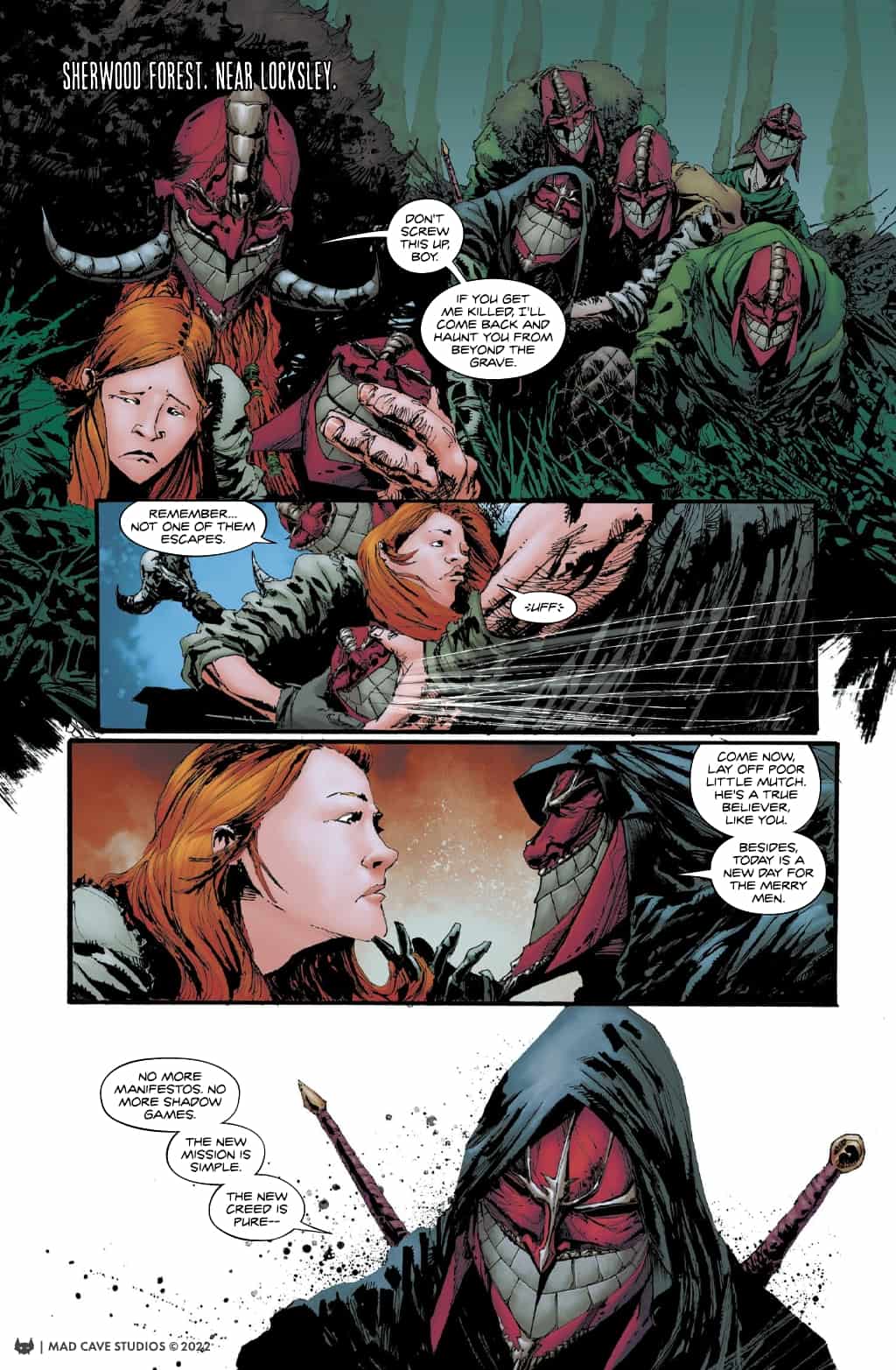 Artist Shane Connery Volk is amazing and you’ve been witness to this for the past seven issues. But with this issue, Volk shifts into a gear that I never realized he had, all thanks to a simple change of scenery. We’ve used to seeing him churn out great pages that are set in castles and forests and inside small rooms, but here he gets to stretch his legs (almost literally) going to different environments like ships, countrysides, and even different countries. He’s not just drawing “fish out of water” panels, he’s drawing almost a “this is what land looks like with a fish on it” view. Everything seems to conform to that certain figure. Another slam dunk art-wise.

A fantastic issue, but also a very different sort of issue. A great change of pace and change of scenery from all the previous issues. A great jumping-on point!!