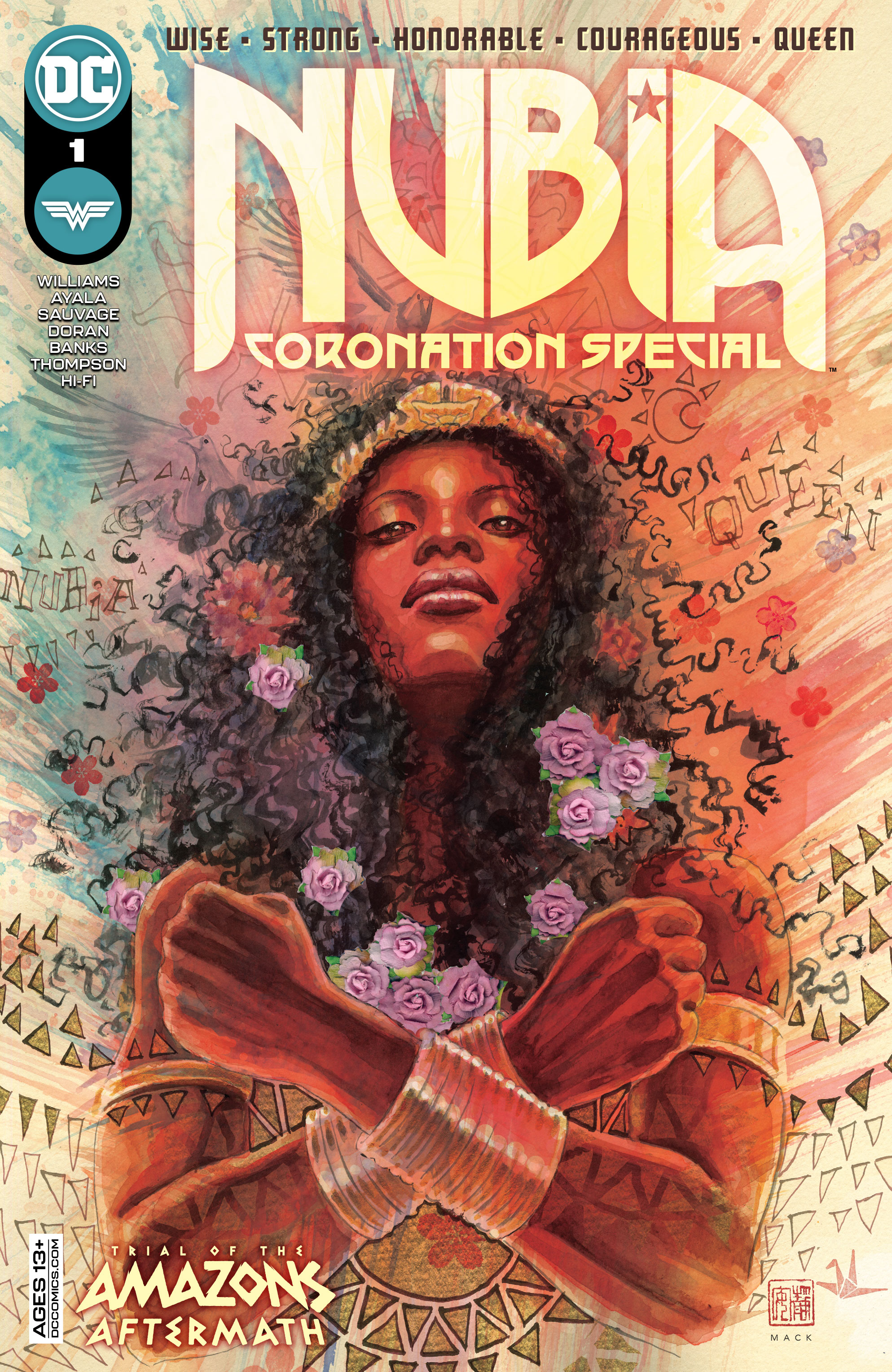 After the events of Trial of the Amazons, a new era for these warriors has dawned. Amazons from around the world have come to Themyscira to witness history and the crowning of their new leader. She stood between Man’s World and the dangers of Doom’s Doorway for centuries; when she was called upon to serve her people, she stood strong and clear-eyed, unafraid to look certain death in the face; she has united peoples on the brink of war…All hail Queen Nubia, champion of the three tribes! Join us for an awe-inspiring special celebrating the mysterious past, thrilling present, and promising future of the character. And for the first time, Nubia’s origin will be revealed! You won’t want to miss this moment in Wonder Woman history that is certain to influence stories for years to come!

Words cannot express how happy I was to see more Nubia-related comics announced after the conclusion of the amazing Nubia & The Amazons mini-series. Nubia has quickly become one of my favorite superhero characters, but while I loved her mini-series, much time was spent on the rest of the Amazons of Themyscira. Well, Nubia: Coronation Special #1 rectifies that by truly devoting every gorgeous page to this fierce and courageous Amazon Queen. 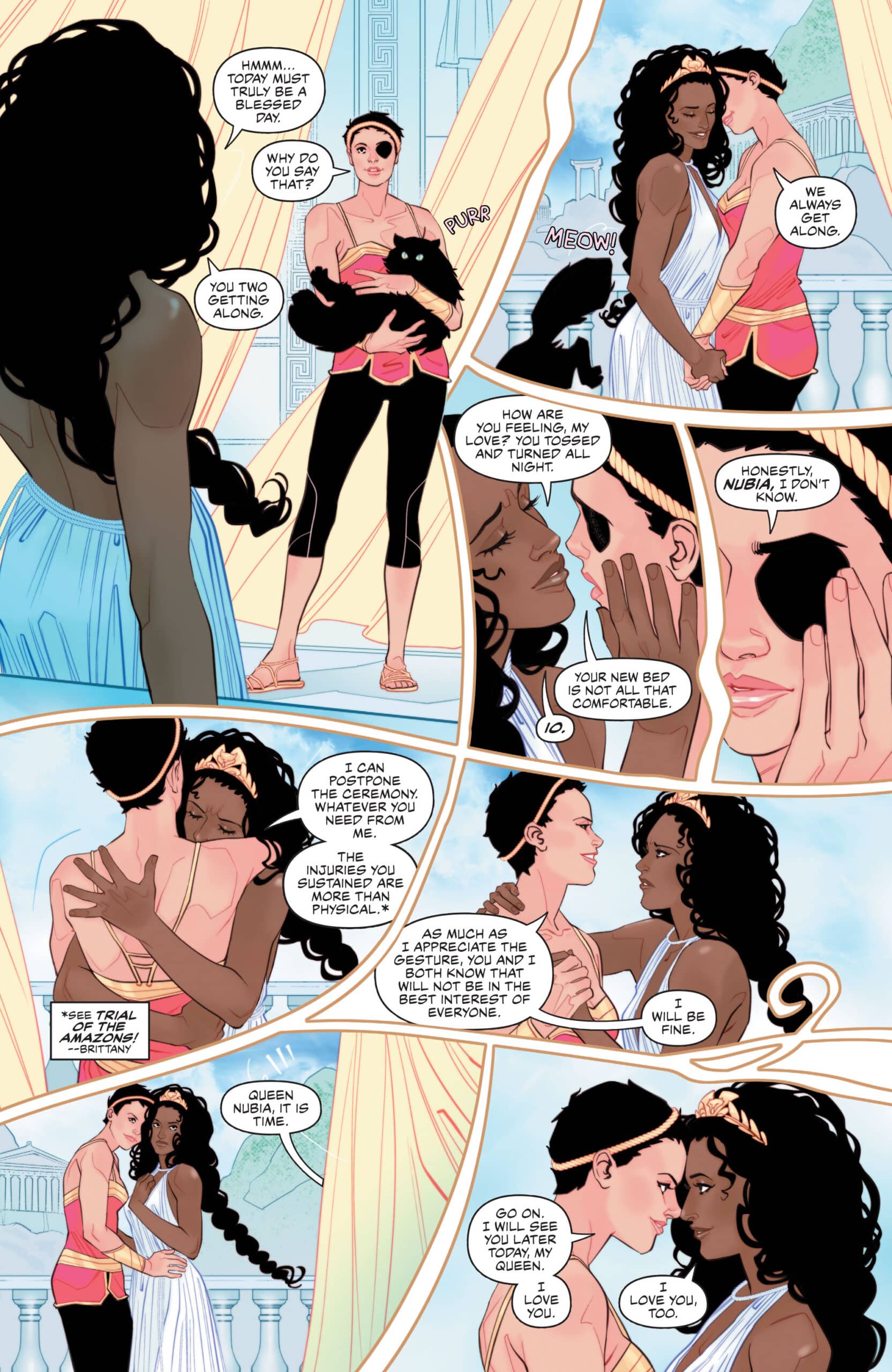 The special takes place on the day of the ceremony appointing Nubia of Queen of the three Amazon tribes. We see her wake up with her partner, Io, who I’ve grown to accept in her more feminine appearance. I miss muscular Io, but the relationship between the two women is just too lovely to be that bothered. We then get a full flashback to who Nubia was before her arrival on Themyscira through the Well of Souls. She was Princess Zahavah, a skilled huntress in Madagascar with a faithful saber-toothed leopard, Azuri. This segment was a standout for me as it introduces several key figures from Zahavah’s life as she’s ordered to kill someone from the Kingdom of Aridai. I truly hope this wasn’t just a one-off, as I’m desperate to see more of Zahavah’s adventures. She also looks stunning in pink makeup and armor accented with pink. Very feminine and very Golden Girl and the Guardians of the Gemstones which I live for. More Zahavah, please! 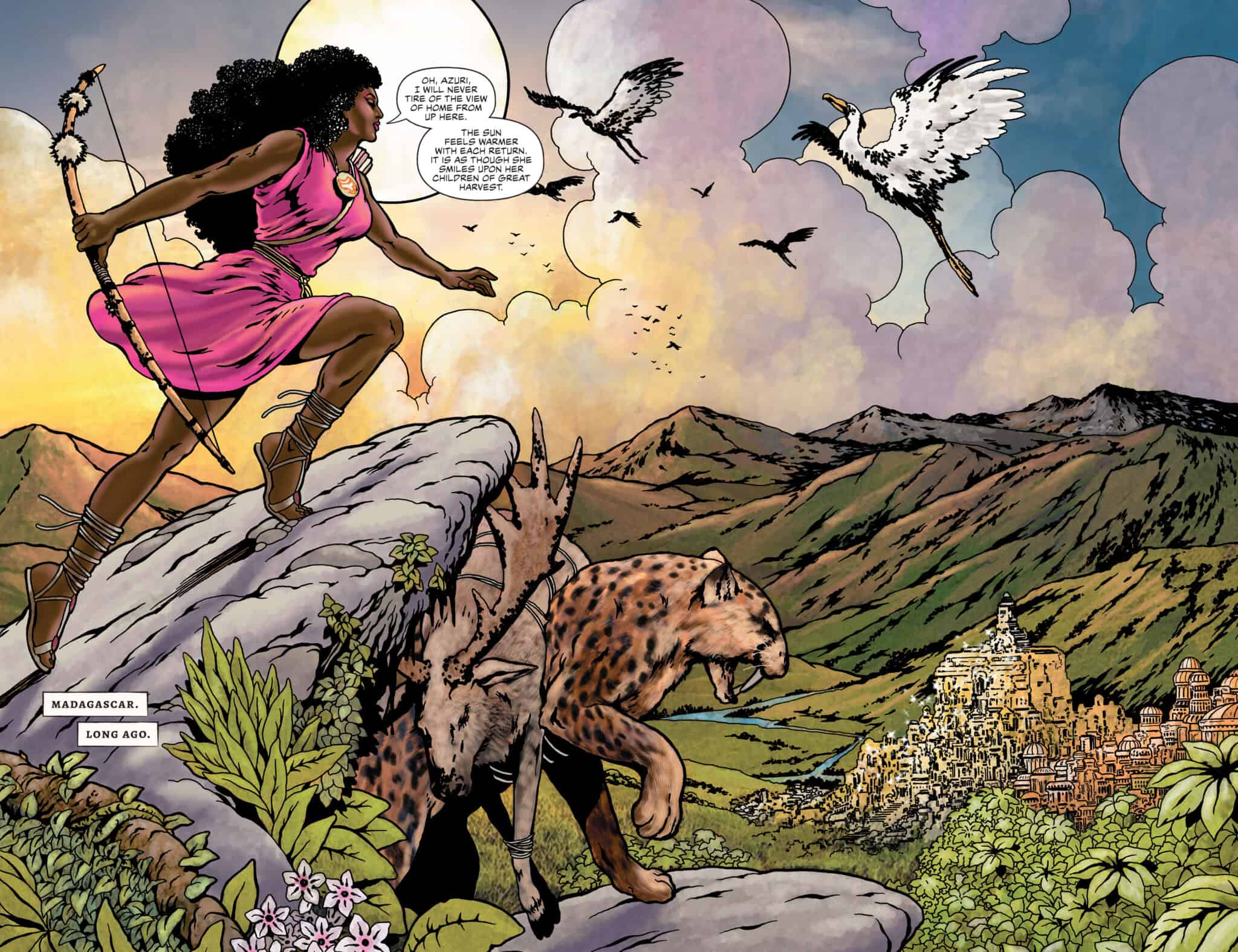 We then get a glimpse into Nubia’s past when she was in Man’s World (in real-time, this was circa 2000 around when Doselle Young reintroduced her as Nu’Bia). This was another standout of the issue for me. Nubia saves a woman from getting assaulted by the white son of the Denver mayor, but gets taken into custody nonetheless. There’s fantastic, nuanced dialogue between Nubia and a Black detective about systemic racism and helping those most in need. I don’t believe this detective is ever named, but I racked my brain trying to think of who he could be, as he mentions having worked with Diana before. I’m a continuity nut, but I just couldn’t place him.

In present day, we get a fantastic conversation between Nubia and Philippus. One of my favorite aspects of Nubia & The Amazons was the friendship between these two Black women of color. The next segment is illustrated by Jill Thompson, a longtime artist for Wonder Woman who drew one of my favorite issues of all time, Wonder Woman #46 (“Chalk Drawings”). Her whimsical art perfectly captured this Silver Age-y story where Future Nubia travels to the planet Eireni for a celebration. I’m obsessed with the race of gecko-humanoids. We also get some familiar faces in this one, including Bia, breakout star of Nubia & The Amazons! The issue ends with Diana crowning Nubia as queen, with the final page illustrated by Alitha Martinez, artist for Nubia & The Amazons. I will forever associate Nubia with Martinez’s amazing artwork, and can’t wait to see more in the upcoming Nubia: Queen of the Amazons mini-series.

I was already blown away by how great Nubia & The Amazons was, but Nubia: Coronation Special #1 (by much of the same creative team) is even better. A complete celebration of the character of Nubia, this one-shot explores Nubia at various points in her life and cemented her as one of the top Wonder Woman family characters.