Nubia & The Amazons #3: Until the Count of Nothing 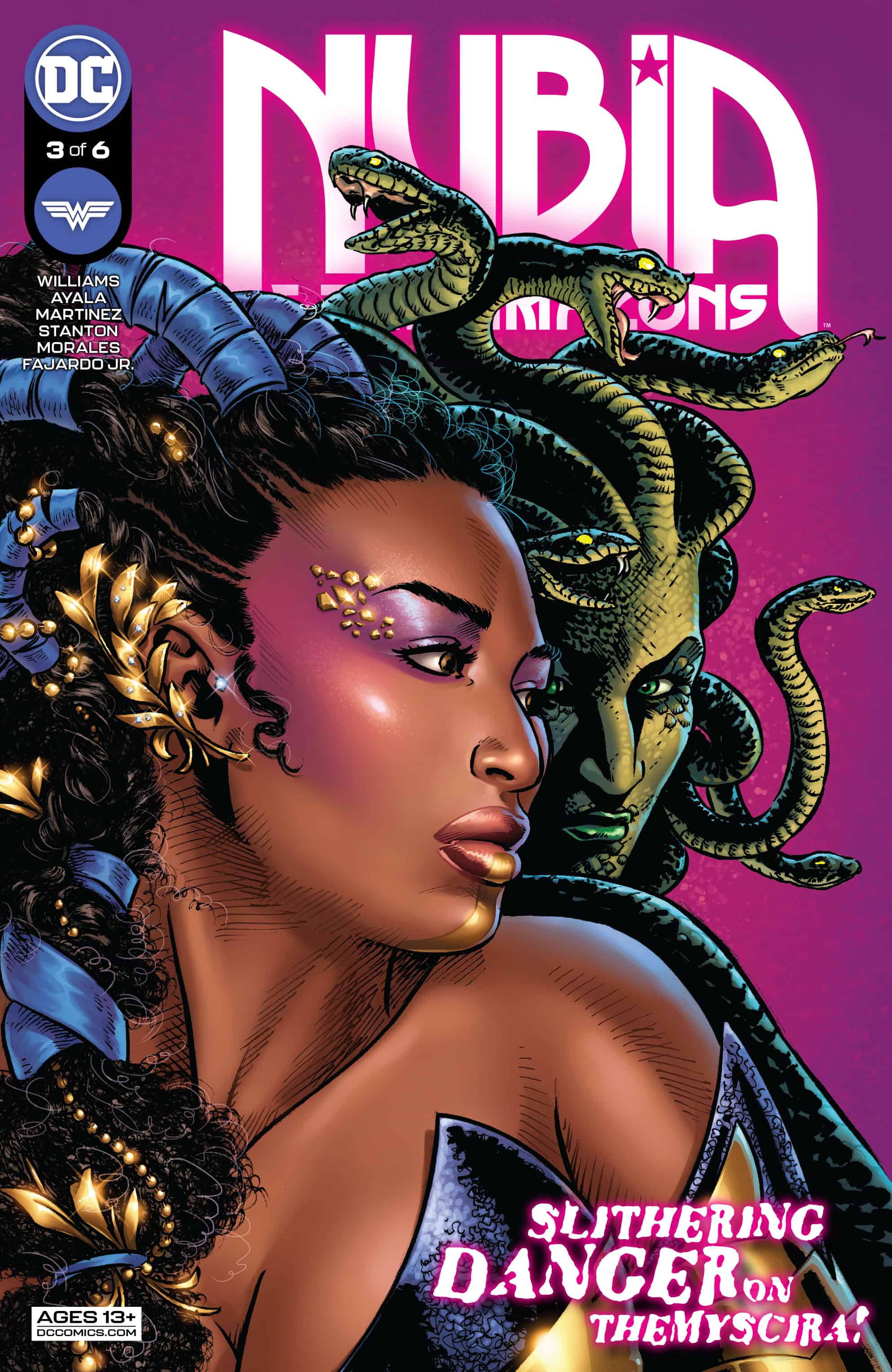 After their fight club battle, Nubia believes she has gained an ally in the warrior Andromeda. Little does she know, this new prospect destined to become Champion of Doom’s Doorway is a little too eager to prove herself, and it has led to a bargain with the evil she swore to protect Man’s World against!

As soon as I saw the cover to Nubia and the Amazons #3, it was love at first sight. I knew I would be in for a great adventure against a longtime Wonder Woman enemy. Not only is Medusa one of the most underutilized yet memorable Wonder Woman rogues out there, but Nubia is pure stunning beauty in this profile shot of the Amazon Queen. Alitha Martinez and Laura Martin absolutely kill this cover. I’ve found a new phone wallpaper for years to come.

The story and art for this issue don’t completely reach the excellence that the two previous issues have, but several mysteries are unraveling which makes it difficult to judge a third chapter too harshly. But I have to give Stephanie Williams and Vita Ayala credit – they cram a lot of dialogue into these issues. I love a dense comic, so this is right up my alley. But I can see how some readers may feel slightly overwhelmed with all of the characters and story beats.

One of my favorite aspects of this particular chapter that I don’t think was done previously (I may be wrong; I’m waiting for the trade paperback to re-read in full) is each little blurb about the primary amazons in the story. Characters like Philippus and Hellene and Zina are all given short descriptors which helps with such a large cast. I’m a big fan of resident mean girl Iphthime, for the record. 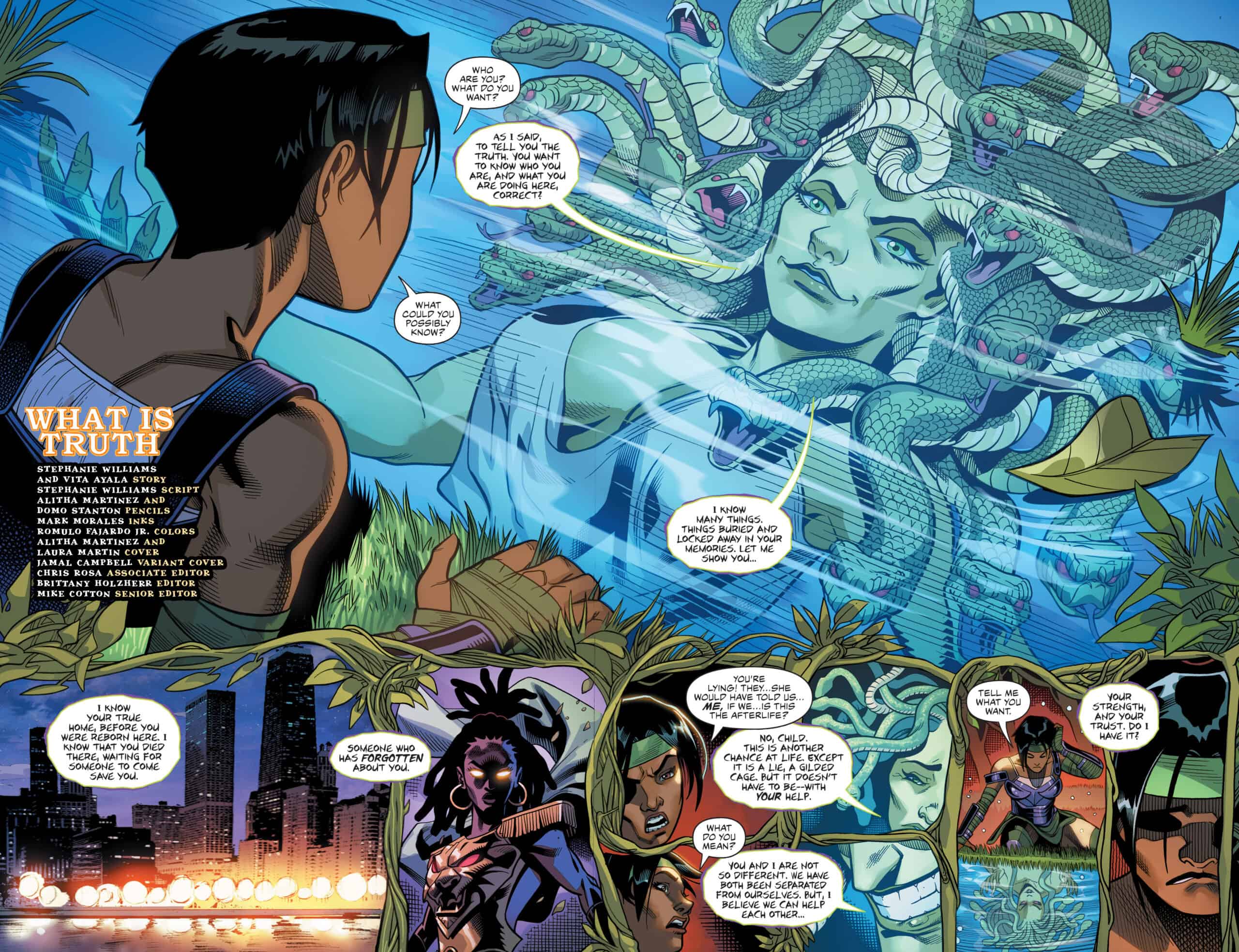 As I said in the previous issue, I’m not a fan of this smaller-framed Io. Created by Greg Rucka, Io is the amazon blacksmith and has always had a larger, more muscular body type. She’s unrecognizable here and it’s a shame as she was definitely a standout in previous stories.

I’m loving the direction this story is going, with Medusa seemingly not purely evil. There are vastly different versions of the Medusa myth out there, and DC has never really portrayed Medusa as a victim but rather as a straight-up villain. I’m guessing the creative team plans to bring some depth to Medusa, reminding the audience just how messed up the Greek Gods were, including Diana’s patron goddesses.

Even though I wasn't blown away like the first two issues, this is still a very strong companion piece to the Wonder Woman title. I see all the webs being weaved to set up Trial of the Amazons, and while the impatient side of me wants the epic crossover to start, like, yesterday, the Wonder Woman superfan in me is savoring every moment of amazon greatness.

Nubia & The Amazons #3: Until the Count of Nothing