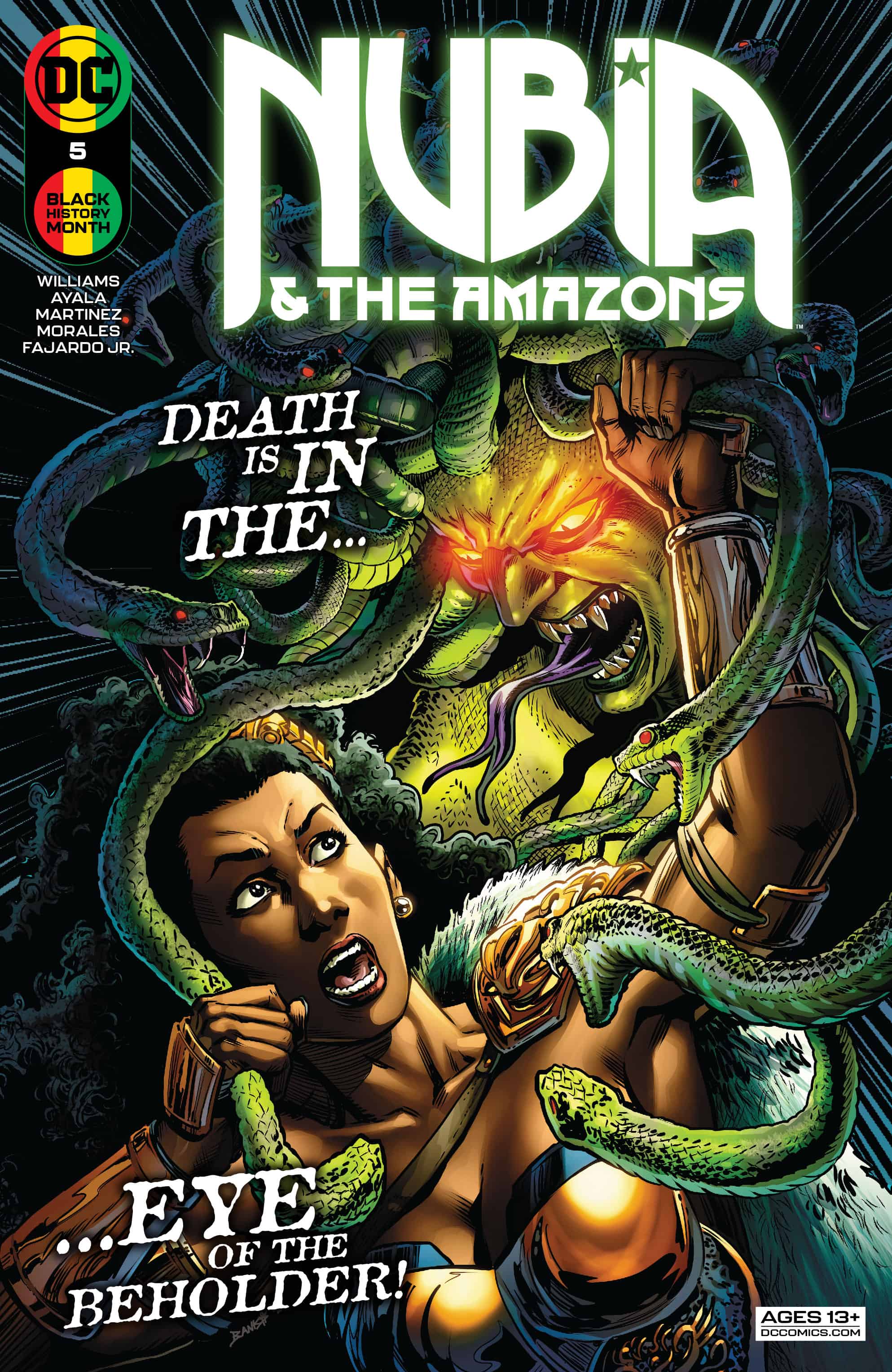 The monster behind Doom’s Doorway revealed! Medusa is back and wants the Amazons to pay for the years of imprisonment she suffered in Tartarus. Now our queen must fight her to secure a future for her sisters. Will she deliver the killing blow or show mercy for a woman scorned by Man’s World? Plus, a look into Nubia’s past gives us a preview of her future!

When we last left off, Queen Nubia was face-to-face with the mythical gorgon Medusa. This issue picks up right after that, with Medusa looking as scary and cool as she ever has. She’s massive, serpentine, and puts up quite a fight against Nubia. Over the years, Medusa has had a number of different looks, most famously being humanoid with golden wings (although I’m also fond of her pale-skinned design from the New 52’s Batwoman series). Alitha Martinez goes for a more traditional visual which I felt worked brilliantly with the story. Medusa has molded herself into the monster that society has created. It was exactly the take I was hoping Nubia & the Amazons would go for as the character is rarely depicted in a sympathetic light at DC. 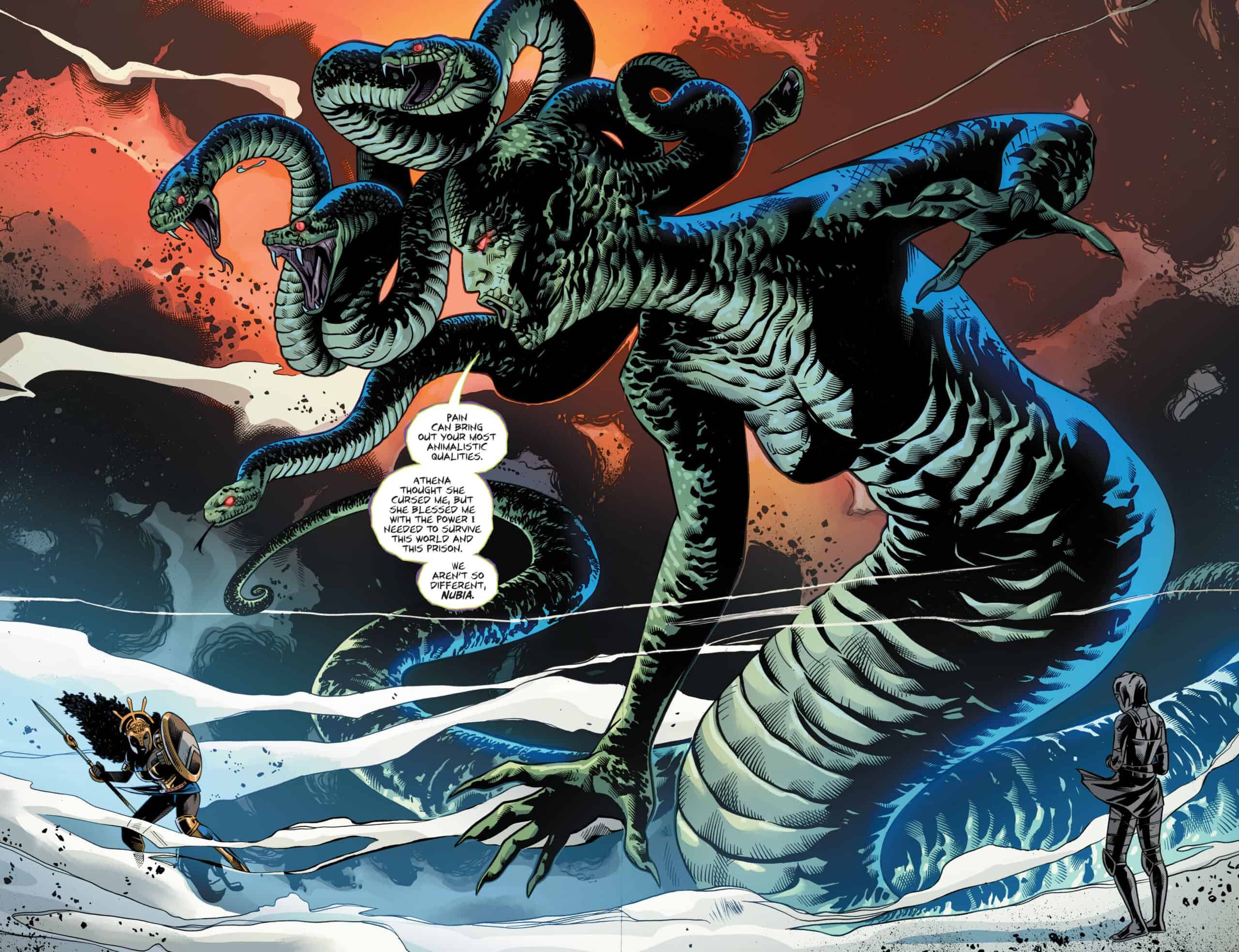 Nubia herself levels up with the new Staff of Understanding, an addition to Wonder Woman lore that I’d love to see stick around. There’s an info page describing the staff, its creation and uses, and the scholar in me loves learning more about these elements. Nubia uses the Staff of Understanding much in the same way as Diana uses the Lasso of Truth, with a huge emphasis on compassion. As we see with Medusa, the Staff is incredibly powerful and I can’t wait to see what else Nubia will use it for in future stories. I’m almost certain it will factor into the Trial of the Amazons.

I do think that Medusa might have turned heel a bit too abruptly, as previous issues had Medusa a bit colder and more ruthless. But I like the evolution of the character and I’m interested to see if she can be trusted on Themyscira. And what do Medusa’s sisters Euryale and Stheno, both Wonder Woman villains in their own rights, think of this change? I’m also very glad they wrapped up the petrification victims without any casualties, as I would have hated to see a historically prominent character like Mala dispatched like that.

The issue ends with a very important amazon returning to Themyscira, demanding to speak to Queen Nubia. It looks like this will directly lead into Trial of the Amazons, and I am so ready for it.

This mini-series continues to be impress with a fierce battle between Queen Nubia and Medusa, ultimately leading to the themes of compassion and forgiveness that is vital to the Wonder Woman franchise. I'm devastated that there's only one issue left, but I hope that Nubia (and the new additions to Themyscira) continue to gain spotlight post-Trial.