Old Lady Harley #4: Come On In, Pull Up a Chair 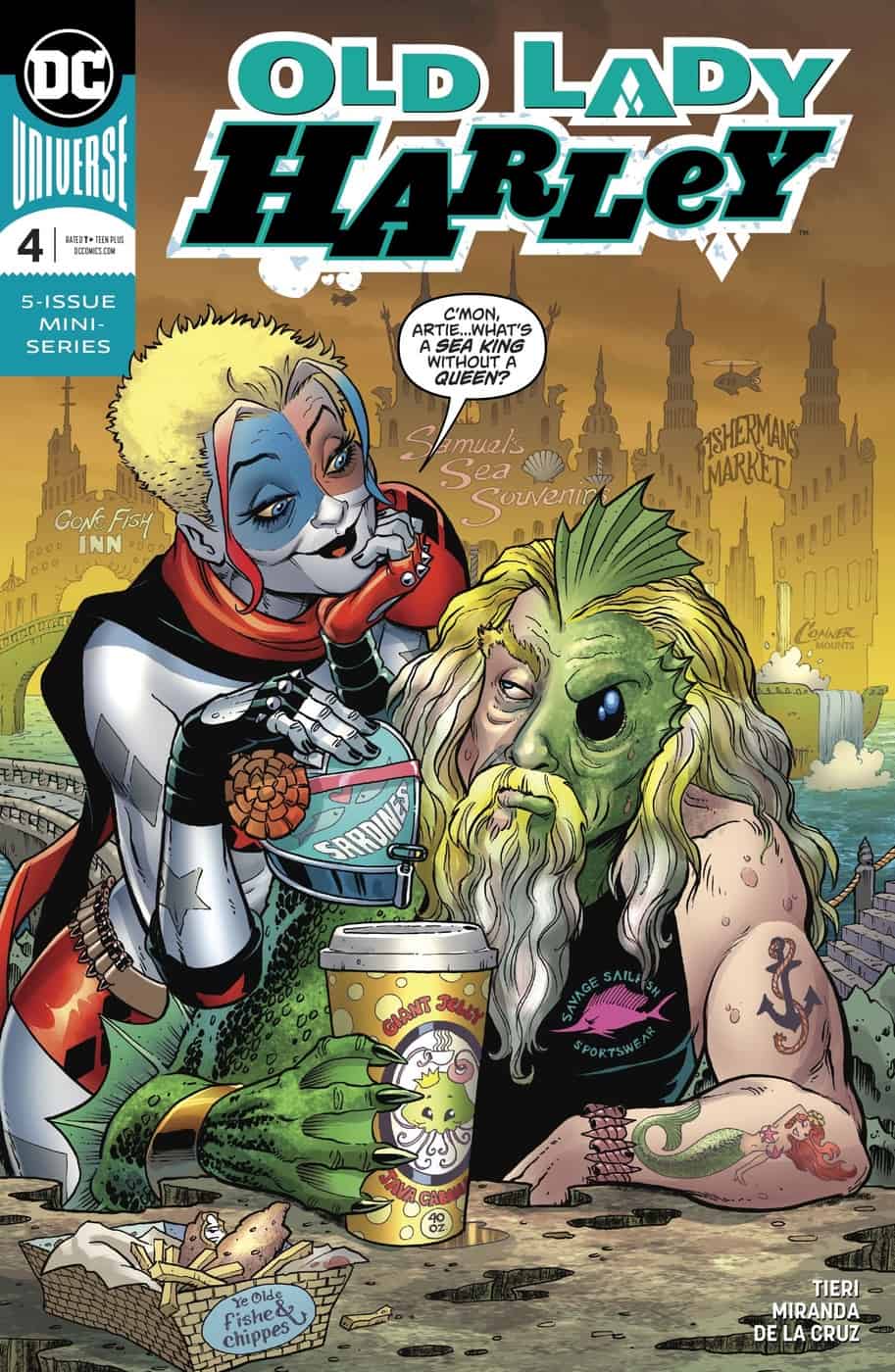 Harley’s on to the next stop on her quest to find out how the Joker is haunting her from beyond the grave—and that’s the 51st state of Atlantis! Sure, the city under the sea is all Starbucks and water-logged hipsters now, but since Aquaman was the last person to see the Clown Prince alive, can the King of the Sea provide Harley with some much-needed answers? And will they come in time before the Laughing Boys make their ultimate move?

Old Lady Harley’s penultimate issue delivers plenty of answers as Harley finally meets up with an aged Lobo and heads to New Atalantis where they all find something they never thought possible. 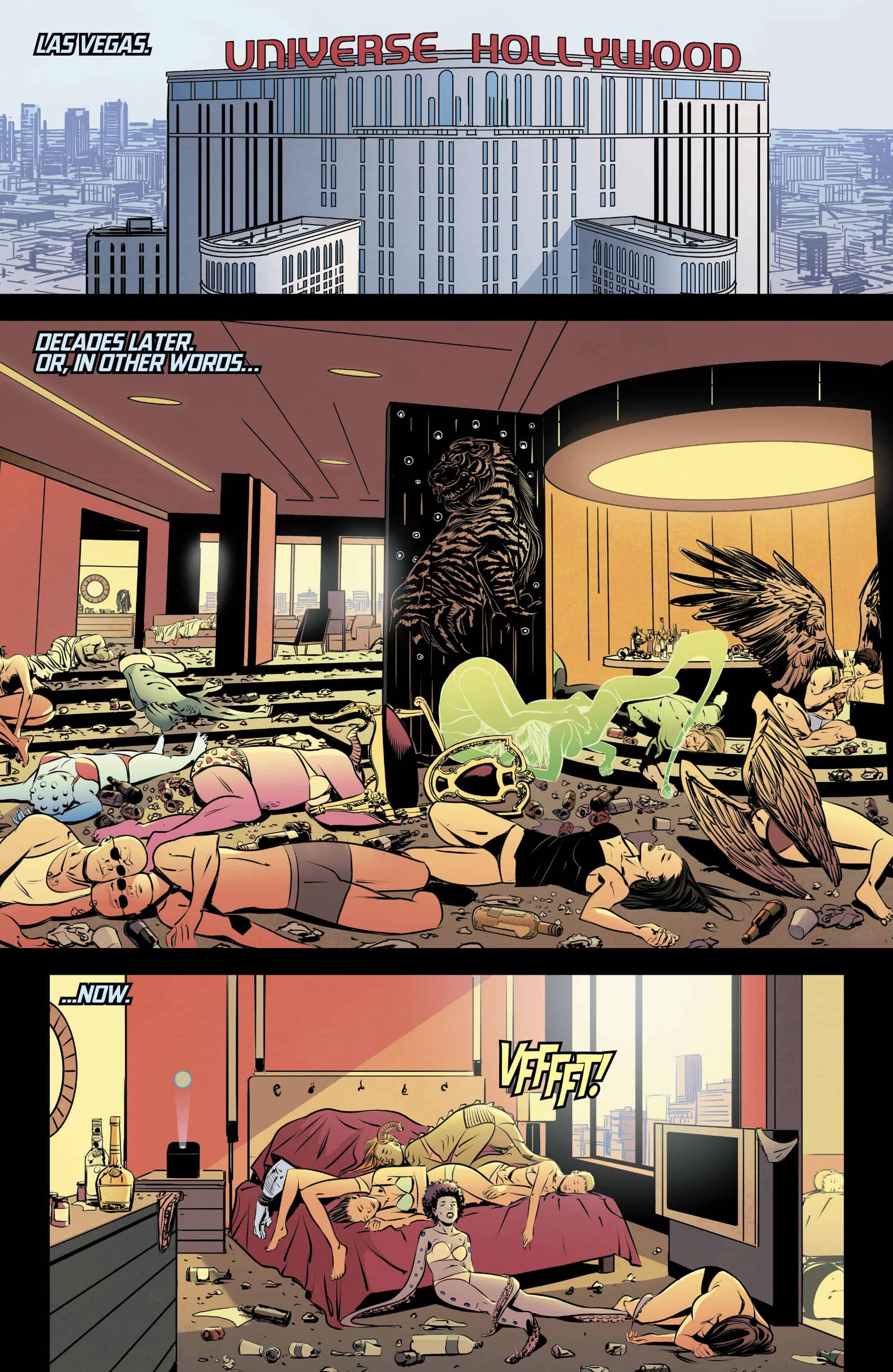 The issue succeeds most in tying together various plot threads that have been in play throughout the miniseries so far. Though I’ve mentioned this before, focusing on only five issues instead of the more common six issues has helped the story magnificently. The pacing has remained interesting with each new release and this one doesn’t fail to disappoint.

Although the humor and fun-hearted future characterizations remain entertaining, this issue boils down to two key aspects that help it to truly stand out. The first is Lobo’s reveal. He has felt the impact of the years, but his new role as Mayor of Las Vegas adds a unique flair to the already nearly unpredictable series. The second major point is the introduction of New Atlantis and Aquaman’s secret that he is the one who killed the Joker. This connection is exactly what Harley has been searching for in her quest so far, but her discovery turns out to be short lived.

Like the ominous force of nature that he truly is, the Joker turns the story upside down when he has Harley teleported before him. It is a great moment that brings dark consequences to the forefront of an otherwise whimsical story. His terror is visualized incredibly well thanks to Inaki Miranda and Eve De La Cruz who have consistently deliver spectacular artwork.

Overall, Old Lady Harley #4 proves to be a solid addition to the miniseries that keeps the story going without slowing down. As we head into the final issue, the characters feel well developed within a fully realized world. It’s just a fun and hilarious reading experience, and the final issue is set to possibly be the best yet.

Old Lady Harley #4 takes the story to true dark comedy status. It provides some necessary answers and takes the time to set up the series’ final issue remarkably well!

Old Lady Harley #4: Come On In, Pull Up a Chair