Old Lady Harley #5: How Could You Do That to Me? 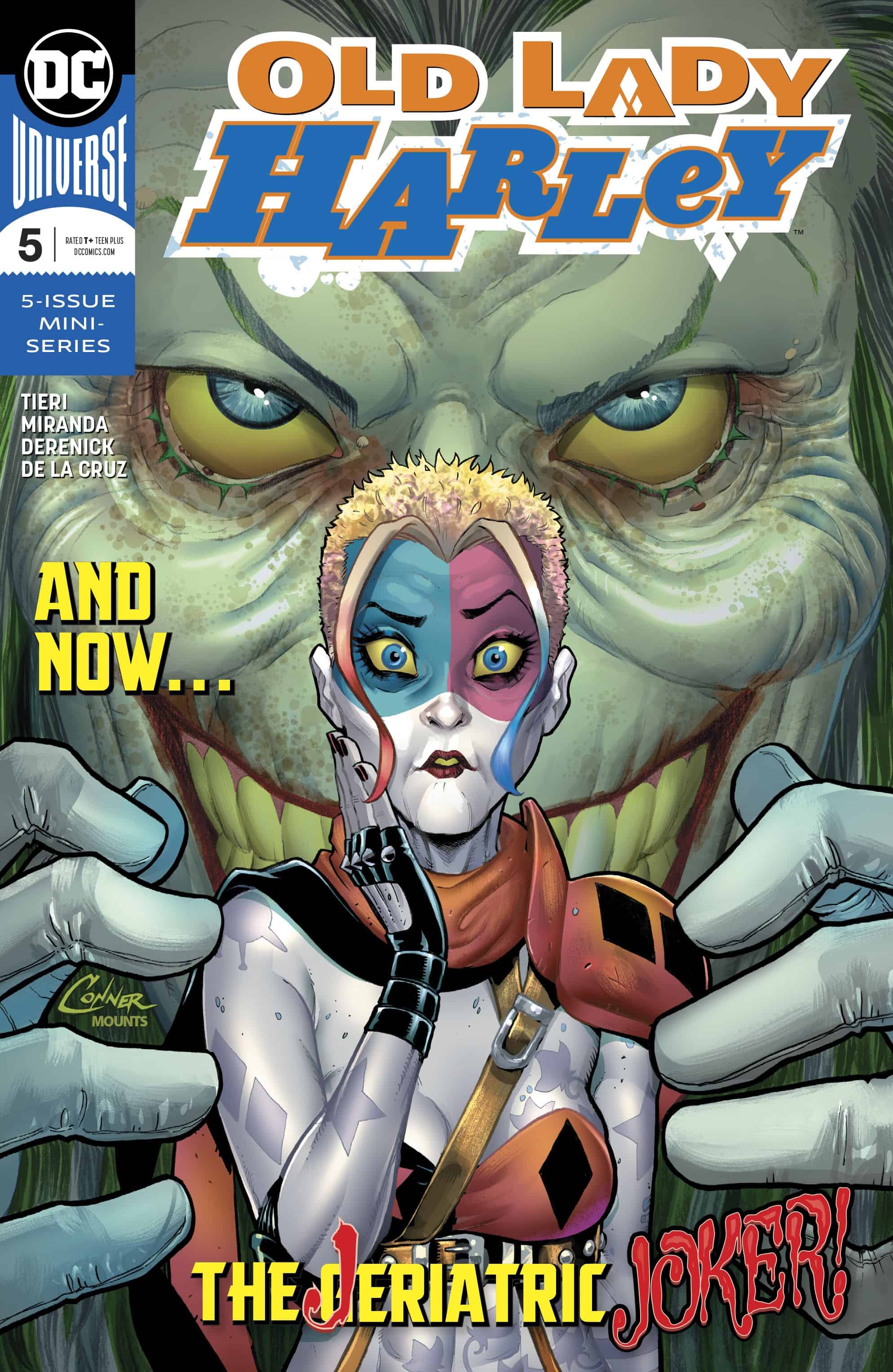 Harley’s worst nightmare has come true: The Joker is reborn! But is there one more card to turn over? Is the killer behind that smile the man she loved, hated, loved and lost...or something even more deadly and devastating? Harley’s future world will be torn apart in this issue—don’t miss it!

The final issue of Old Lady Harley is here, and there is a lot to unpack… 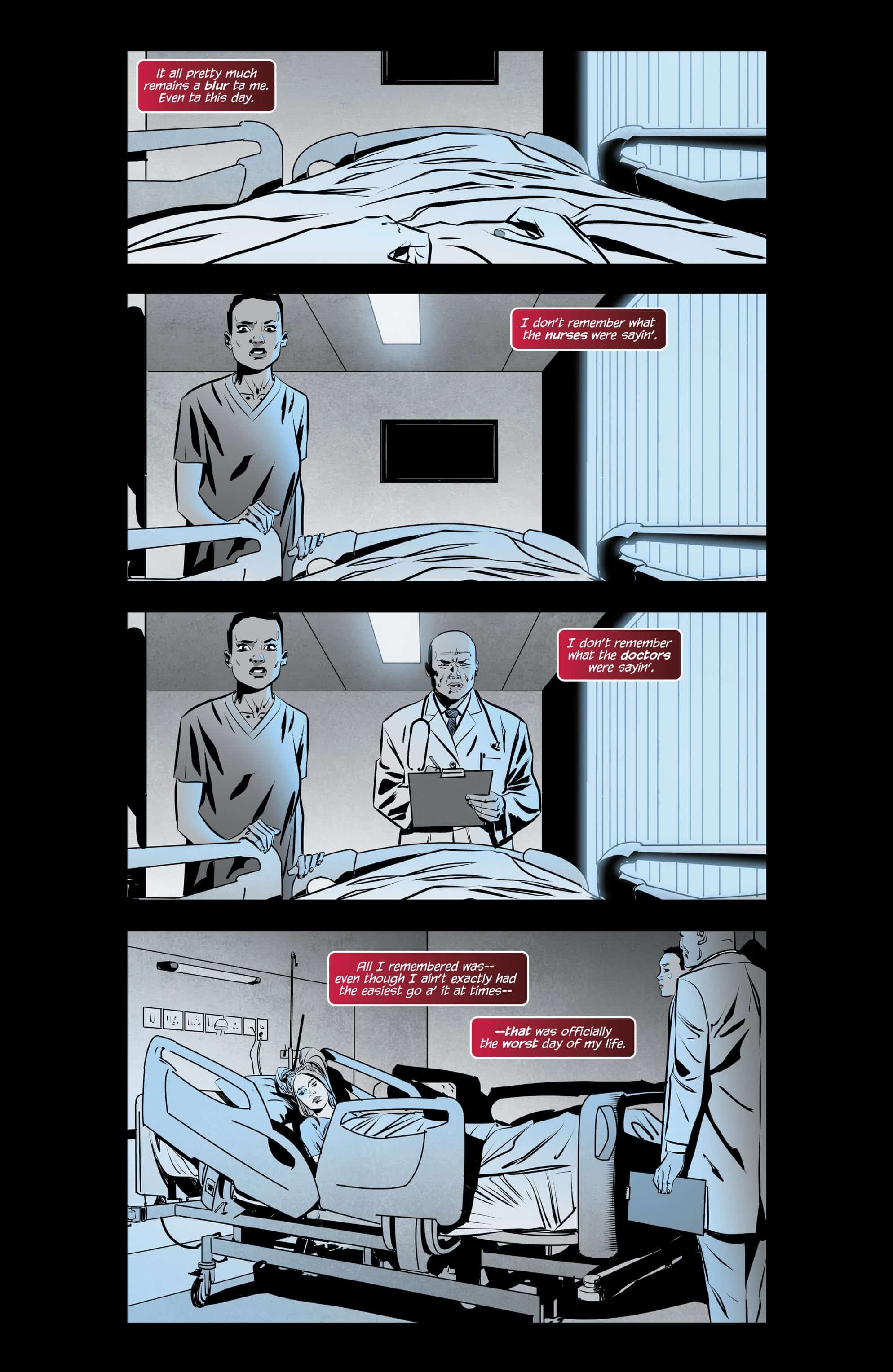 Up to this point, the series has been a particularly whimsical foray into a dystopian future of Gotham City with little regard for seriousness, and even less for dramatic intimacy. It’s been fun, but now it’s time to get down to business and delve into the confrontation that’s been building for five issues now.

Harley is a character that’s come a long way since the Joker. Once known for simply being his girlfriend, her more recent iterations have used this toxic relationship to spur emotional growth– to show that abusive relationships can be overcome.  The twist that we find at the end of Old Lady Harley #5 is a frightening betrayal of that personal growth and achievement. Harley “hooked up” with the Joker right before he was declared to be dead years ago and had his baby. Not only that, her guilt forced her to turn the baby over to an orphanage, where he then grew up to eventually become the new Joker.

I am struggling to find the strength of character this entire situation is meant to show for Harley Quinn. Especially after so much work has been put into developing her strength and confidence outside of the Joker’s influence. Where is the value in forsaking all of her emotional growth and newfound awareness aside from a simple shock factor? A Harley Quinn story set in the distant future has nearly unlimited potential to expand on this growth and highlight the strength it has imparted on her, but instead, we find a story that undermines her individual achievements in favor of once again turning her into a victim of the Joker’s every whim.

After Harley realizes who this new Joker really is though, she suddenly succumbs to sympathy for her child’s plight and begs for a second chance. This redemption is portrayed as the heartfelt conclusion of the miniseries, but instead it just falls grossly flat. The big surprise ending reveals the real Joker to be in space just as Red Tool had previously described, and even teases a potential sequel. While the artwork is indeed spectacular, and has been throughout the miniseries, this issue has me considerably less excited for a continuation.

Old Lady Harley #5 is an unfortunate return to the character’s troubled past she has struggled so much to grow from. “Misses the mark” is an understatement, which is a shame because the artwork really is delightful.

Old Lady Harley #5: How Could You Do That to Me?