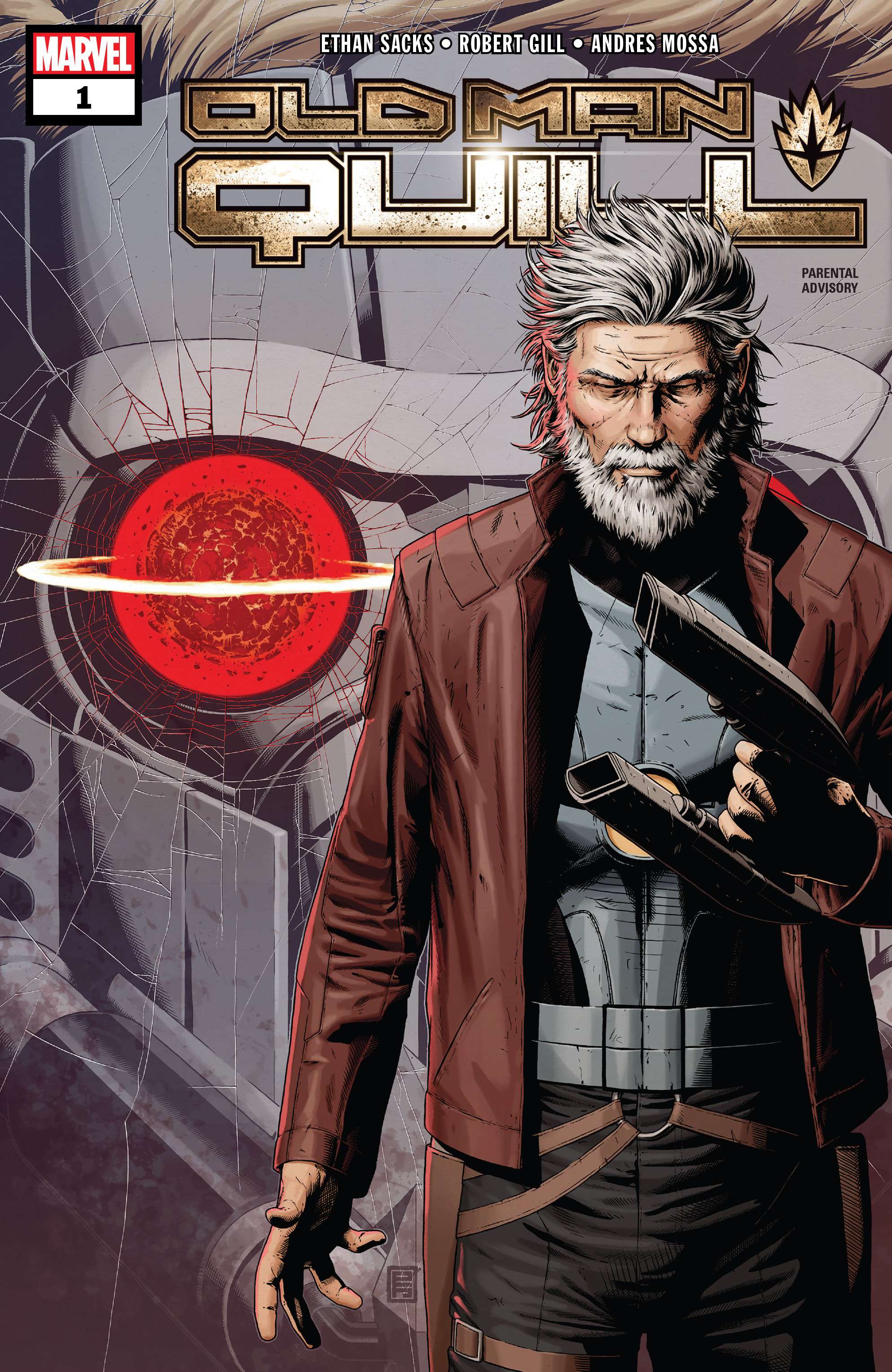 Years after his own hubris killed the planet Spartax including his wife and children Peter Quill has been tapped on by the remaining Guardians of the Galaxy for the inevitable "one final mission". The Church of Universal Truth (who were responsible for the destruction of Spartax btw) have resurfaced and are targeting Earth (why do they always target Earth?) and according to Mantis' precog abilities only the fabled Star Lord can wield the weapon needed to stop them! 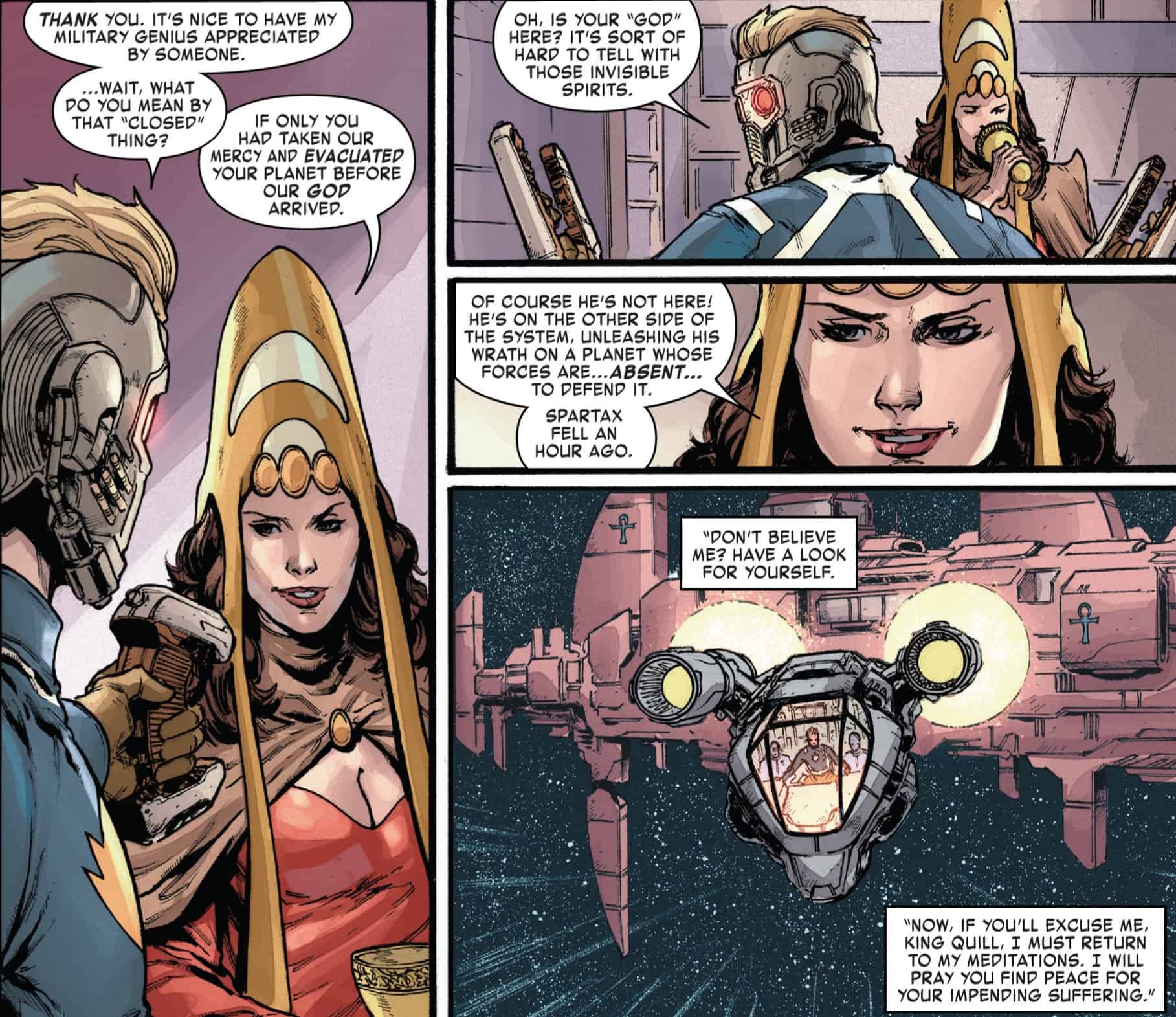 A pretty decent and interesting start to the latest in the seemingly endless line of “old man” titles, I’m sure i wasn’t alone in the eye roll when this series was announced but I gave it the benefit of a doubt and was pleased for the most part. I love that each of the Old Man series have involved turning the hero’s defining quality into their downfall, “Logan kills stuff, make him think the X-men are bad guys and he’ll do our job for us!”. Likewise in this issue The Church of Universal Truth uses Star Lord’s trademark cavalier attitude and overconfidence and uses it to kill his entire family and planet. Genius. I also like that the bulk of the modern era GOTG seem to be alive and I’m enjoying their old person dynamics I laughed at Rocket talking about his back. 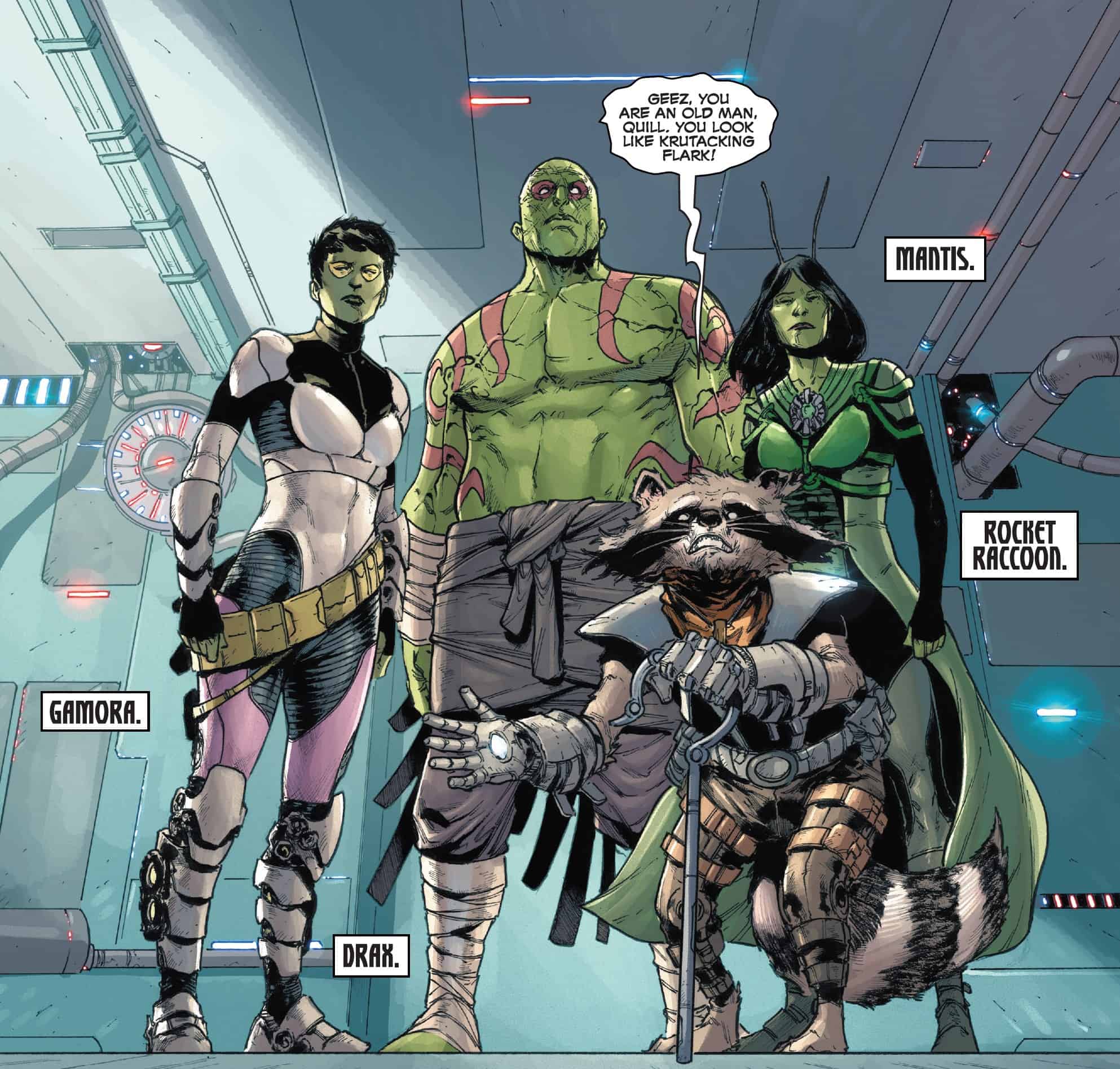 It is a little silly that we’re working the one last mission angle which seems pretty well trod as far as premises go.  Likewise the tease of Quill being the only one who can wield some artifact is pretty pedestrian as well. Obviously this artifact will be a cosmic mcguffin of some import in the vein of an infinity gauntlet or maybe the silver surfers board. I’m gonna be so mad if at the end of the series it’s the gauntlet and reverses the whole story.

The art by Robert Gill and Andres Mossa was pretty great in general, definitely feeling closer to Abnett and Lanning’s legendary series than more recent iterations or either previous old man series. I particularly liked the last page and the run in with the Brood. 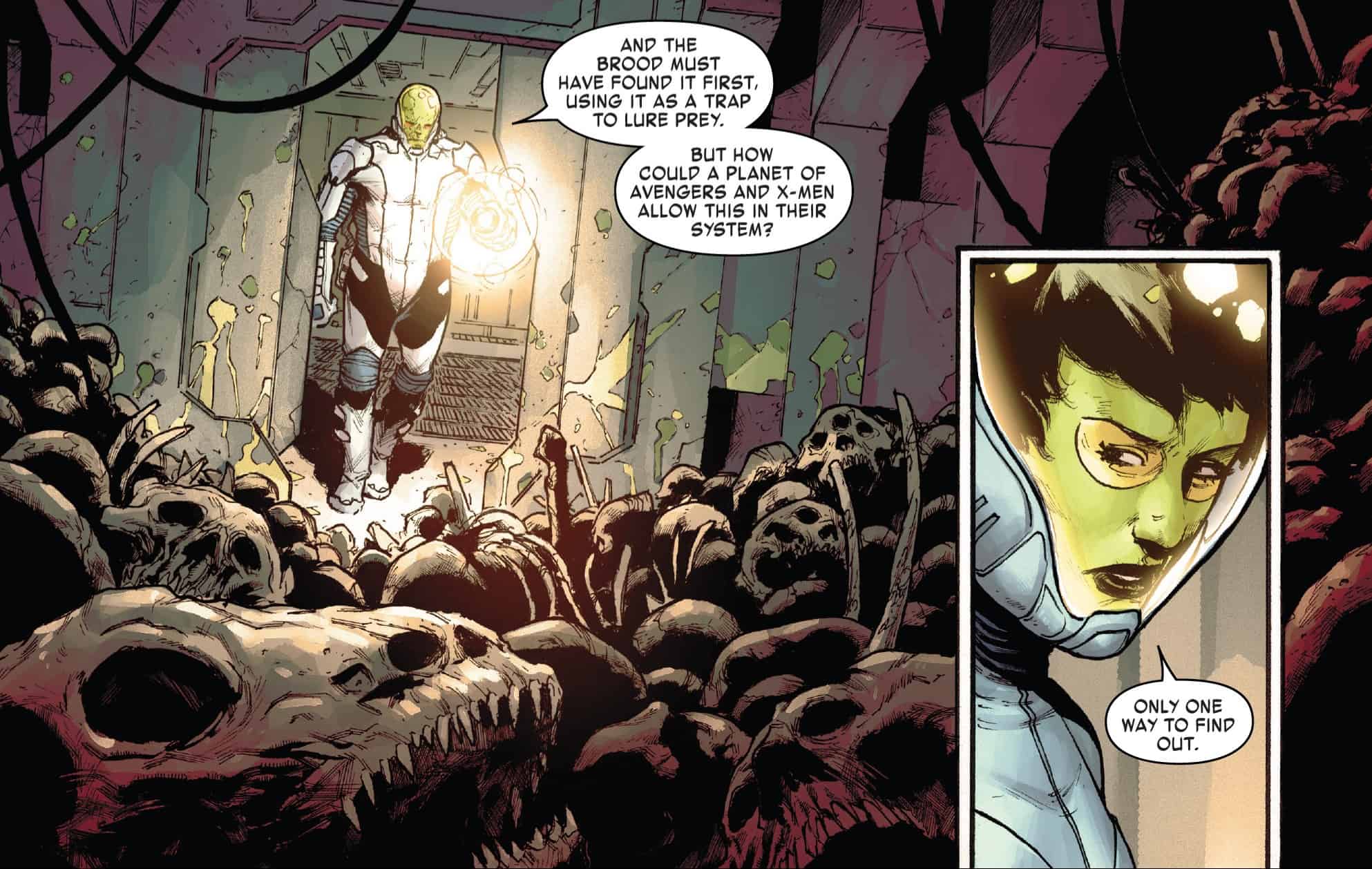 Apparently nobody tells Gamora anything cuz the Avengers and the X-men are DEAD!

I'm cautiously optimistic about this series but I've been hurt before, so I'm playing the next couple by ear to see how I like the story.