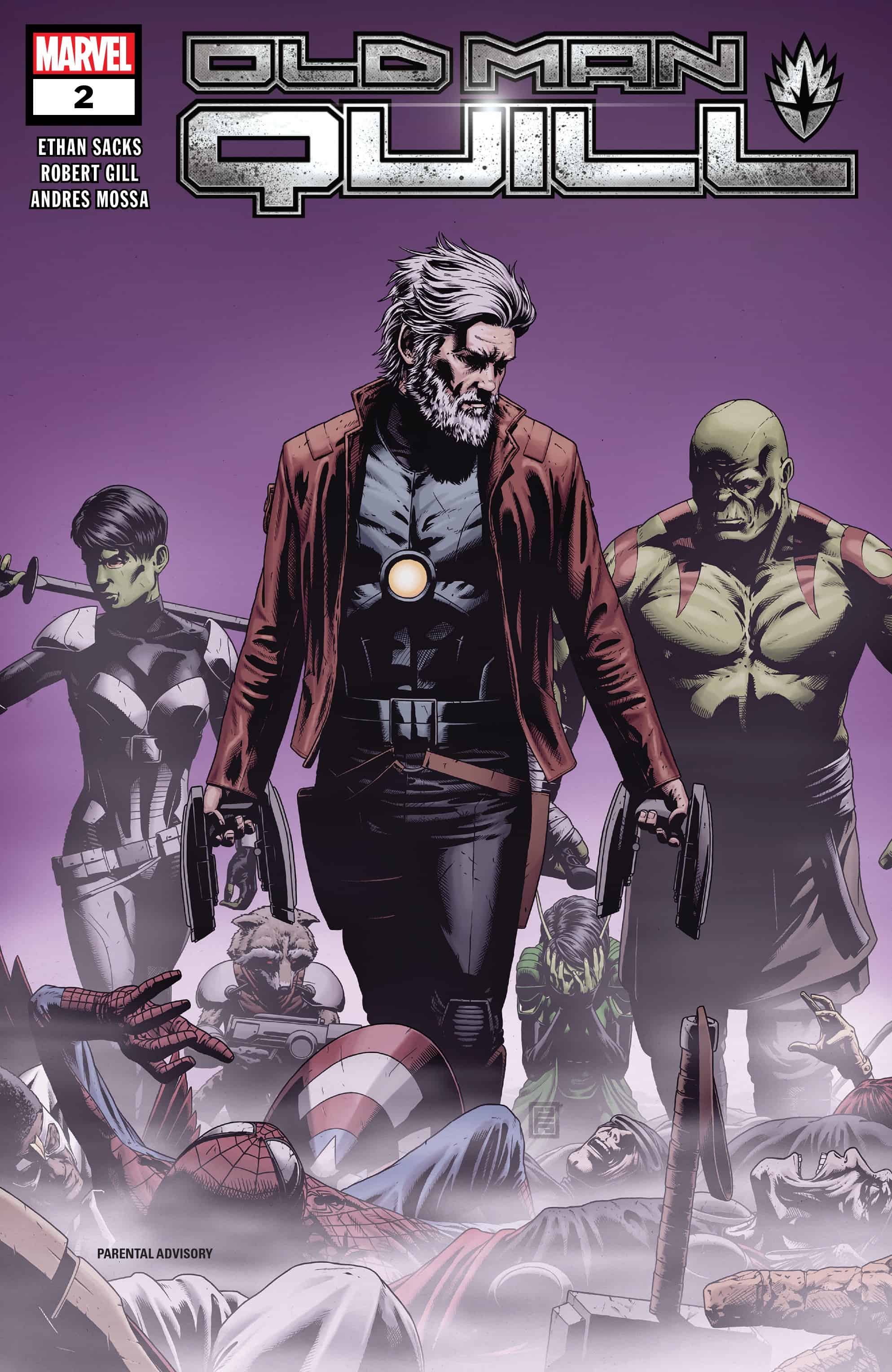 The Guardians of the Galaxy wander the Doom occupied Wastelands, running across a destroyed town they run into trouble with the Wrecking Crew! 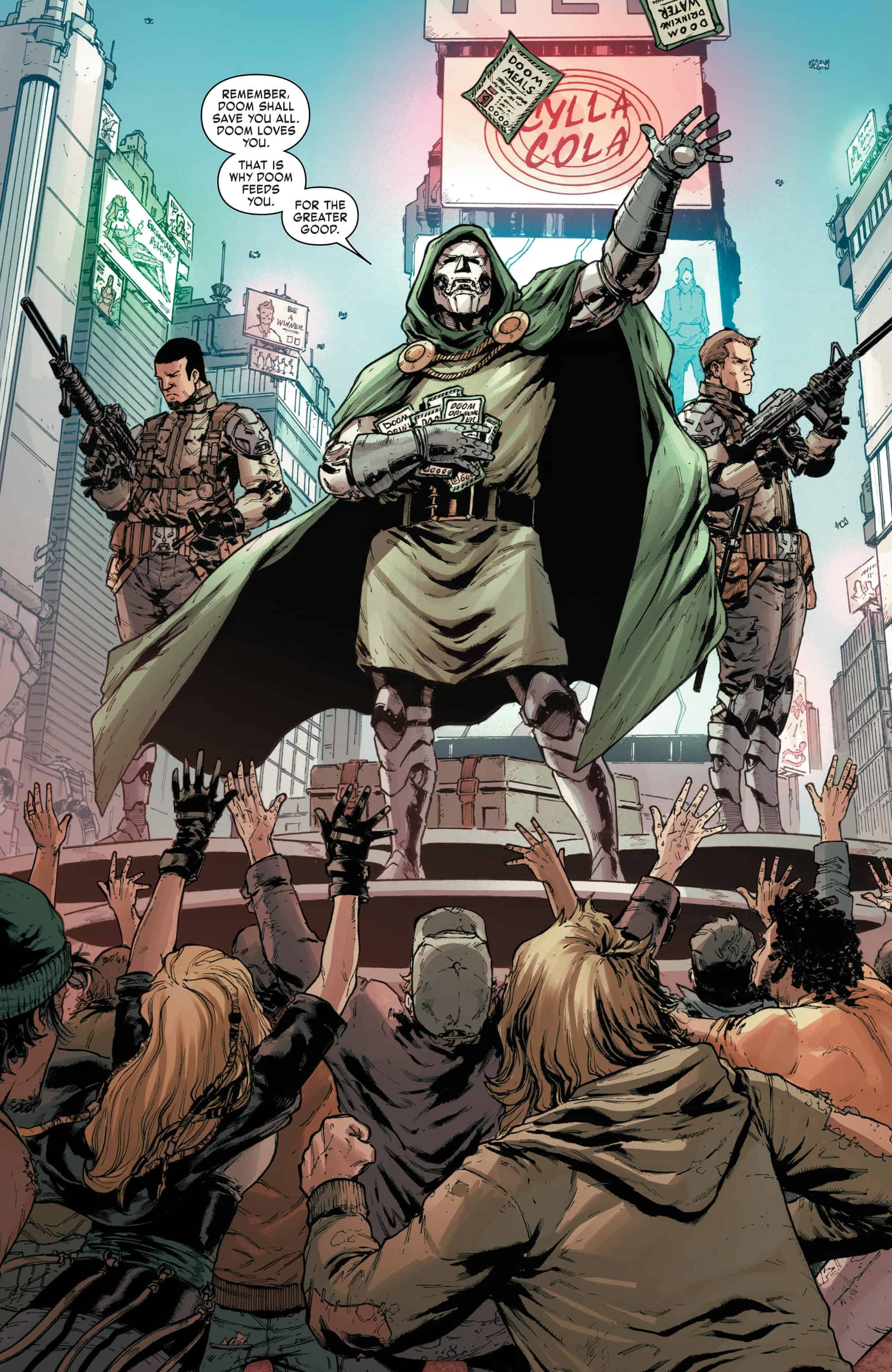 Ok let me begin by saying I’m a bit Wrecking Crew biased these guys were jokes years before the Superior Foes of Spider-man, getting beaten up by everyone from the Great Lakes Avengers to the Thunderbolts (although they did kill THE CRAP out of Daisy’s entire shield team in Secret Warriors #1). So my excitement at seeing their Old Man versions was palpable, sadly I don’t think they’ll be up for an encore as the Guardians kill the absolute hell out of all of them; hopefully Drax has the sense to hang onto the Wrecker’s crowbar, it was enchanted by Loki to be as strong as Thor’s hammer ffs!

The other main component of this issue is Doctor Doom, so Ethan Sacks is basically guaranteed my approval based on my love of basically every villain we see for the entire issue. All in all a drastic improvement over issue #1, which was perfectly fine but this one was a complete and total blast (poor Bulldozer). 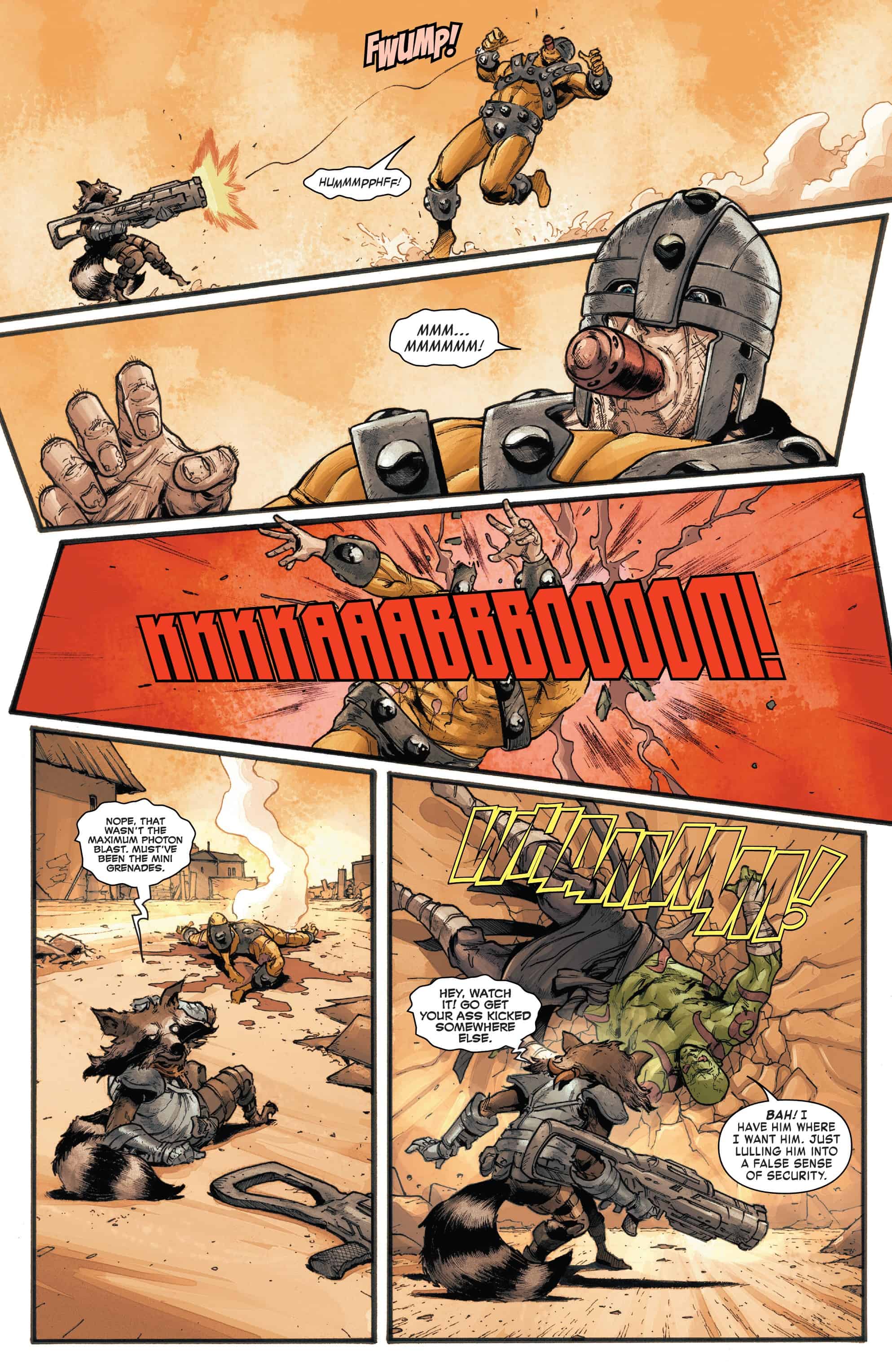 The art in this issue is pretty good, although for some reason the title character is the low point of the issue, which is strange because a normal human face should be something artist Robert Gill has a decent frame of reference on compared to a 7 foot tall Green bodybuilder covered in tattoos or a talking raccoon.

I really hope we get past all this wasteland stuff and see some Old Man cosmic universe, this is all well and good but we’ve seen it all before. Show me something new, please! Developments are interesting but if the Church of Universal Truth nuked Earth next issue and we never got another old man book set in the wastelands that would be fine.

Fun issue but as I said I want to see more cosmic stuff. Let's get the Earth stuff over with.