The Mutant with No Name, The Merc with a Mouth, together at last! A match made in Asteroid M! One is in search of a newly discovered Omega level mutant! The other is trying to discover her SLIGHTLY FASTER! Try to guess which one is which! You can’t! 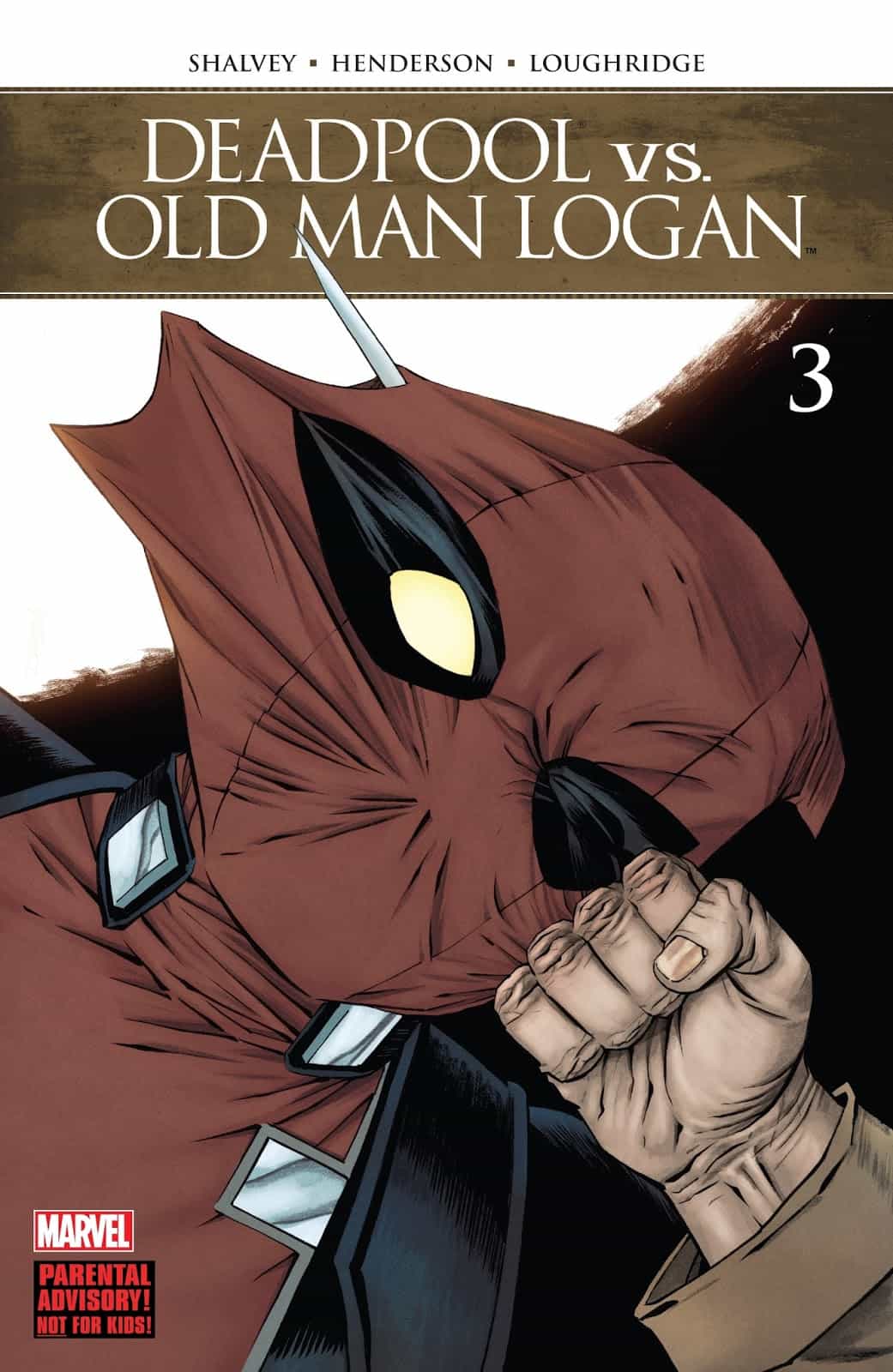 What You Need to Know:
Wade and Logan have been tracking an Omega level mutant who is being hunted by Genform Enterprises, who want to weaponize her power to teleport inanimate objects. Logan wants to get her to Xavier for proper education and training, Deadpool just wants to help her so he can throw it in Logan’s face whenever he feels like it.

Last issue the mutant, Maddie, was captured by Genform despite our heroes best efforts. Now they have to track her down before the company performs ungodly experiments on her, sounds kinda personal when you think about it!

We open on Maddie on a Genform laboratory table, the scientist (seriously can’t find his name sorry) is preparing to experiment on her. He explains that although he’s sorry to do it, the next part is going to hurt. Genform needs to find out just what they’ve gotten their hands on. The machines tap into her powers and immediately overload and explode. 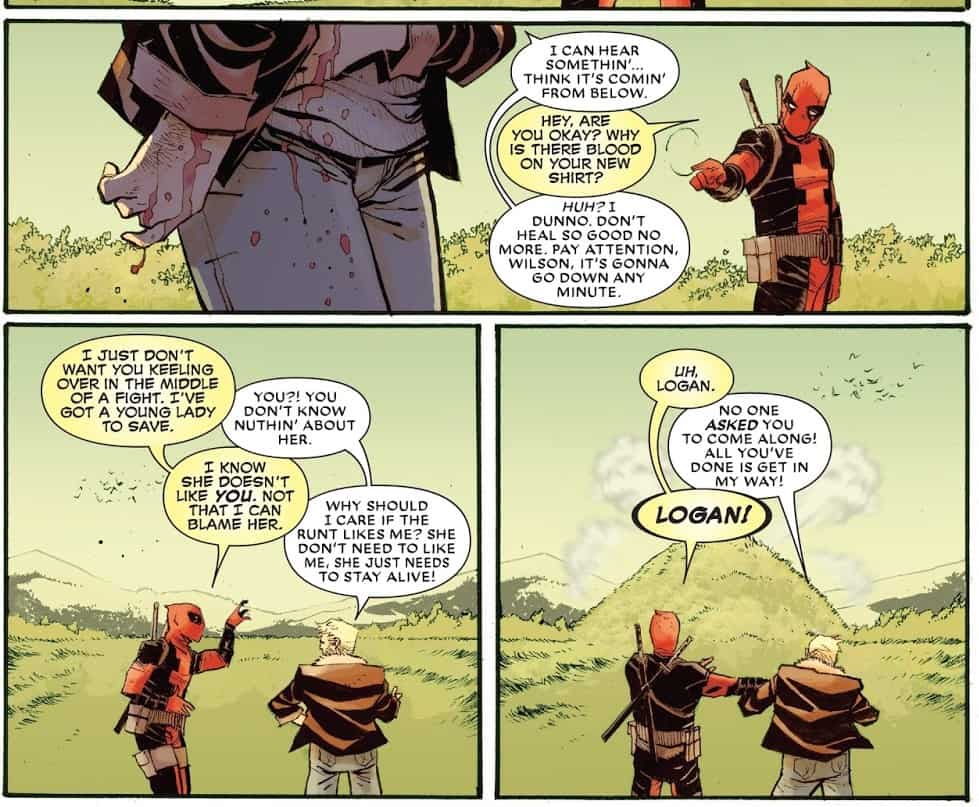 Meanwhile, Logan and Wade are tracking Maddie by scent, walking through a field. Initially, Logan tries a pretty novel way to shut Wade up, but the results are more annoying than ever. Logan realizes the base is underground when suddenly a hidden panel opens in the ground and a bunch of soldiers pops out, Wade starts to taunt them when vehicles start falling from the sky, the first scene from the first book in this series. (I TOLD YOU NOT TO DOUBLE DARE THEM) The bad guys are testing Maddie’s powers out, with great effect. (were there people on that plane? That’s an act of terrorism) 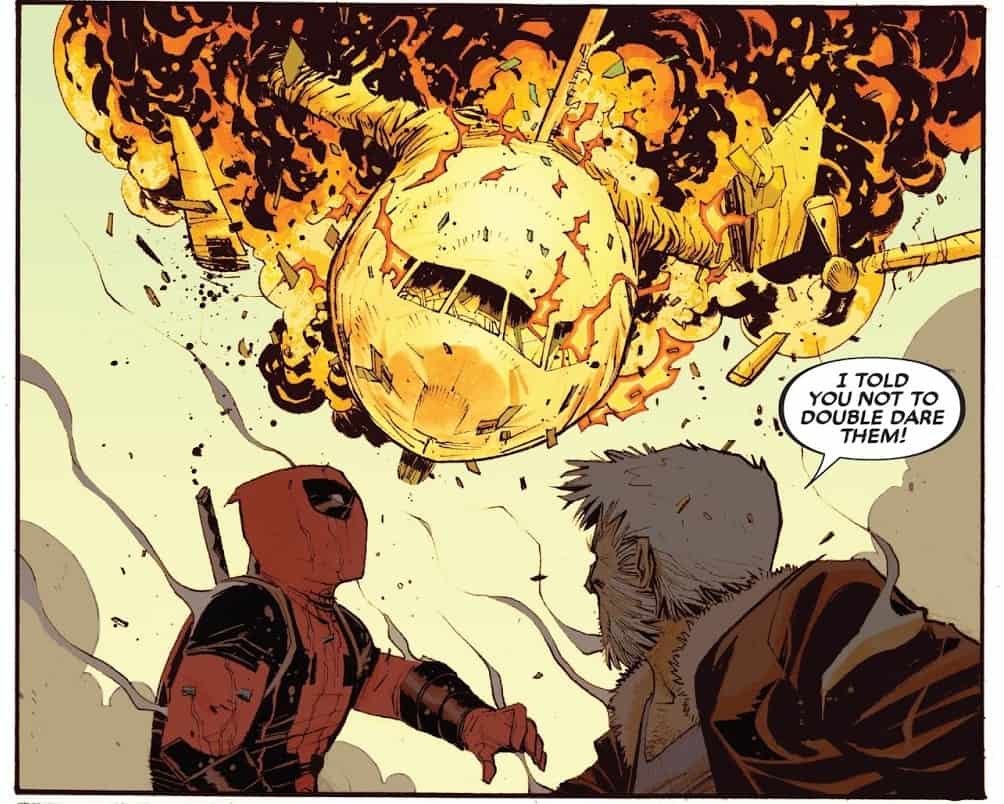 The pair wake up in a room with Maddie, she still hates them both, but less than her captors. She does a typical you don’t know what it’s like to be me teenage girl rant, Deadpool shows her The Avocado (his face) and she seems to understand maybe they aren’t the bad guys here. Maddie says she can only teleport inanimate objects, Wade asks her to try. She focuses all her power and materializes (MADDIErializes? Superhero codename!) a cactus. Progress! Until Logan points out its fake. 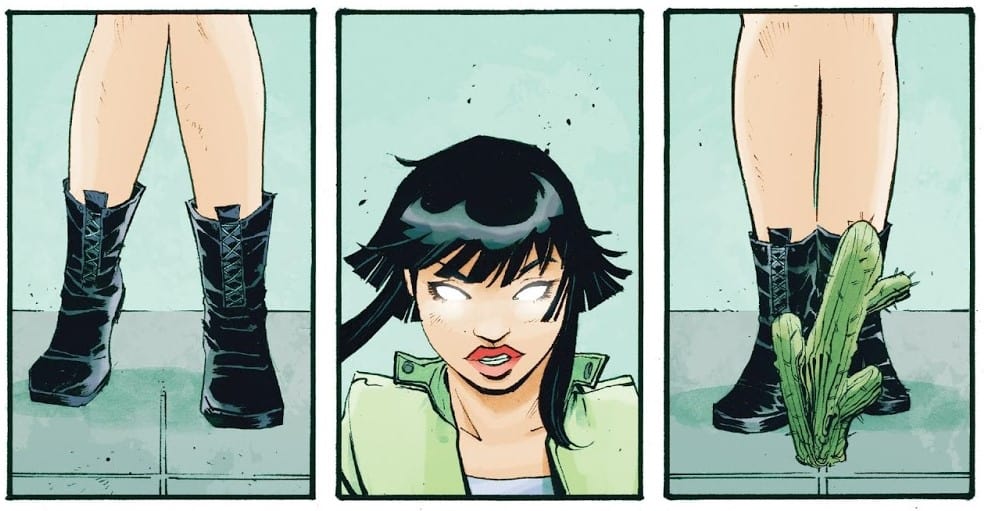 Does Maddie teleport something living? Does Wade make a dumb joke, or butcher a classic superhero catchphrase? Does Logan get tortured? Kinda, yes and Kinda! Read the issue to find out the rest, True believers!

Plot:
This series has been better than I expected honestly, this issue had some really funny moments, and I do always like it when an arc comes full circle. It’s nice to see Maddie start to slowly trust the duo, and Logan and Deadpool start to kinda maybe work together despite clearly hating each other.

I dislike the justification and attempt to weaponize a mutant storyline, it’s a way overused trope at this point, “tortured in a government lab” doesn’t have nearly the staying power it did in the 80s/90s. Not to mention inanimate object teleportation is definitely dangerous but doesn’t really feel like a superweapon worth kidnapping over.

Art:
The art in this series has been decent, albeit a little cartoonish, it works great for Deadpool but most of the non-masked characters come across a bit strangely proportioned. I think the best visual was probably the plane crashing, although the final page is poster/ T-shirt material, hilarious.

Final Thought: Funny comic for a fan of either character and a fairly accessible and more or less PG version of Deadpool, somewhat violent but more or less appropriate for younger readers despite hilariously saying for mature audiences only on the front.