ONCE & FUTURE #1: A Love That Dares Not Speak Its Own Name 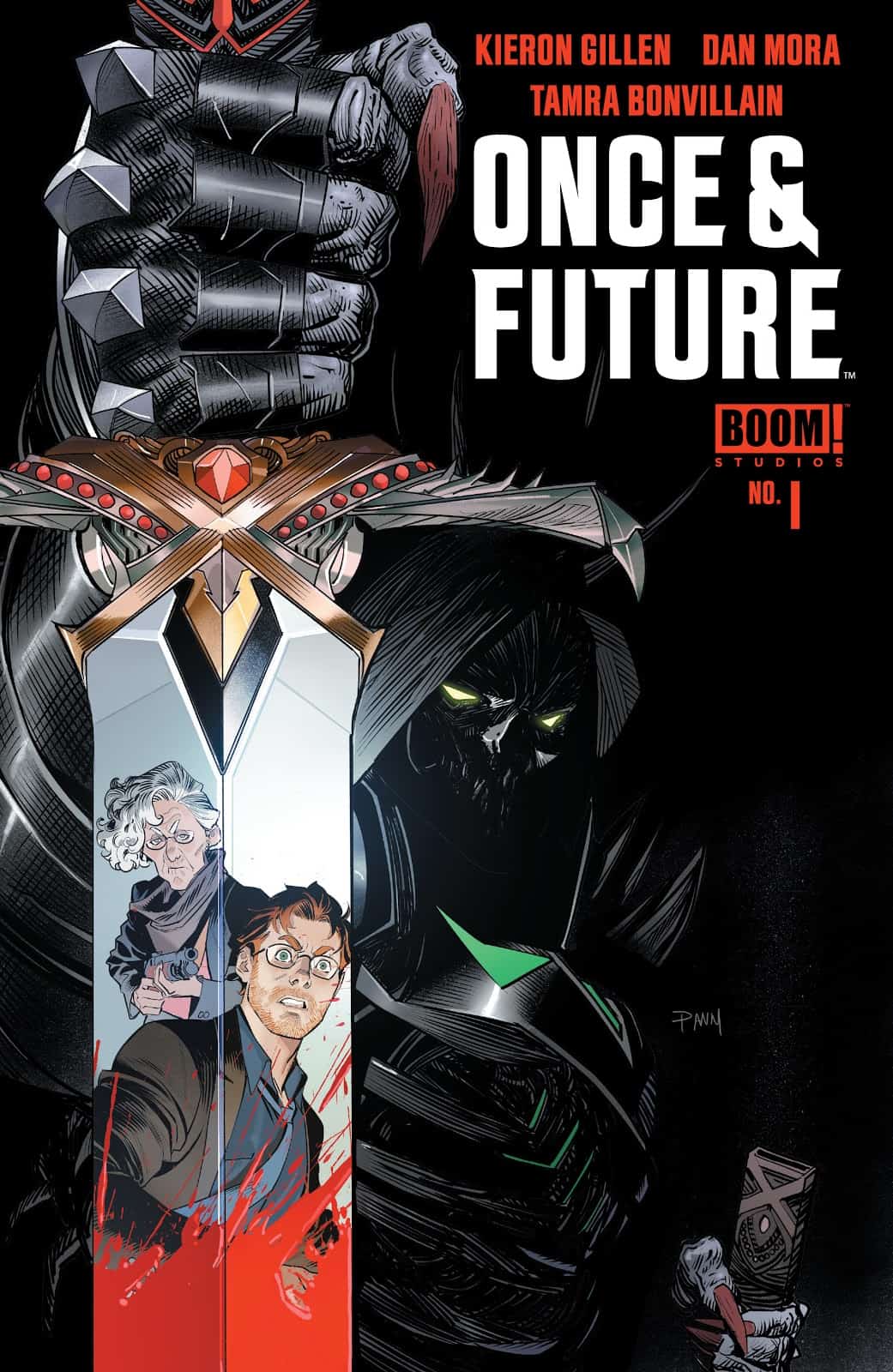 One of the most anticipated original series of the year, Once & Future introduces readers to ex-monster hunter Bridgette McGuire, who must pull her unsuspecting grandson, Duncan, into a world of magic and mysticism to defeat a legendary threat when a group of Nationalists use an ancient artifact to bring a villain from Arthurian myth back from the dead.

Watch how Bridgette and Duncan navigate through their complicated family history and combat the deadly secrets of England’s past that threaten its very future!

In today’s America, “We the People” are consistently confusing being Patriotic with acts of Nationalism and Communism. Honestly, when I first heard about this new six issue comic book series, Once & Future, I was immediately intrigued and concerned at the same time. Regardless of where we stand in terms of British nationalism, separation, and independence, we have an interest in the British Isles remaining a peaceful, tolerant, and progressive place. British nationalism seeks to maintain a political union between Scotland and England (a united nation-state that includes Wales and Northern Ireland). However, like in any country, there are always those who take it to the extreme, whom crosses that line with manipulating the just cause. In the beginning of Once & Future #1, I was quickly sucked into the story as a group of people steeling a rare artifact and killing the supplier for; “a love that dares not speak its own name”. These characters are the extreme and it will be interesting to see this mysterious group use a rare artifact to resurrect a certain myth, a legend, the hero of centuries past and bring unity back to England. 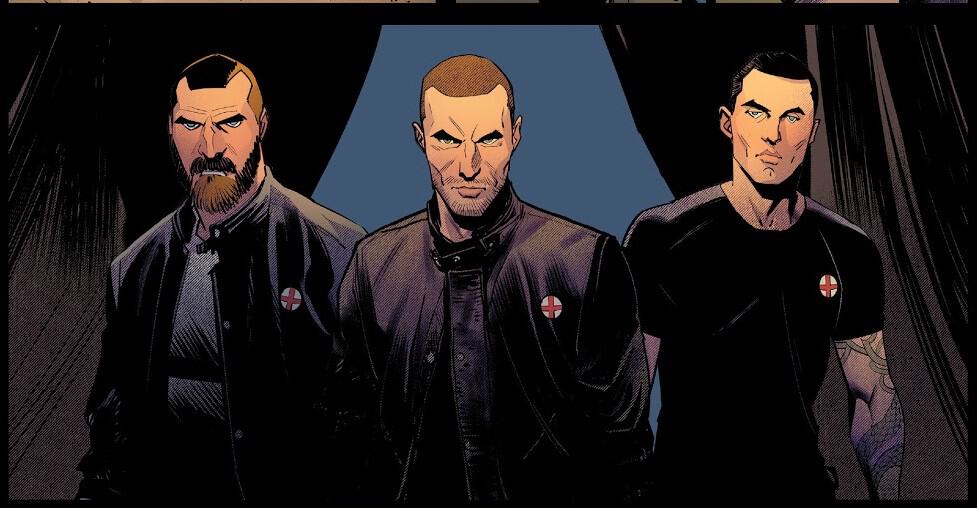 Meanwhile, an old lady in a nursing home catches the reporting of the murder-robbery on the local news. We find out this spunky old lady, Bridgette, is an ex-monster hunter and escapes the nursing home. She quickly pulls her unwitting, clumsy, easily chocked up grandson, Duncan, into a world of insane creatures and things he thought were only possible in myth. Though I feel that too much time was focus on his date, however, it does establish the character. Bridgette and her grandson, Duncan is a crafted formula that makes the perfect pairing for this story. 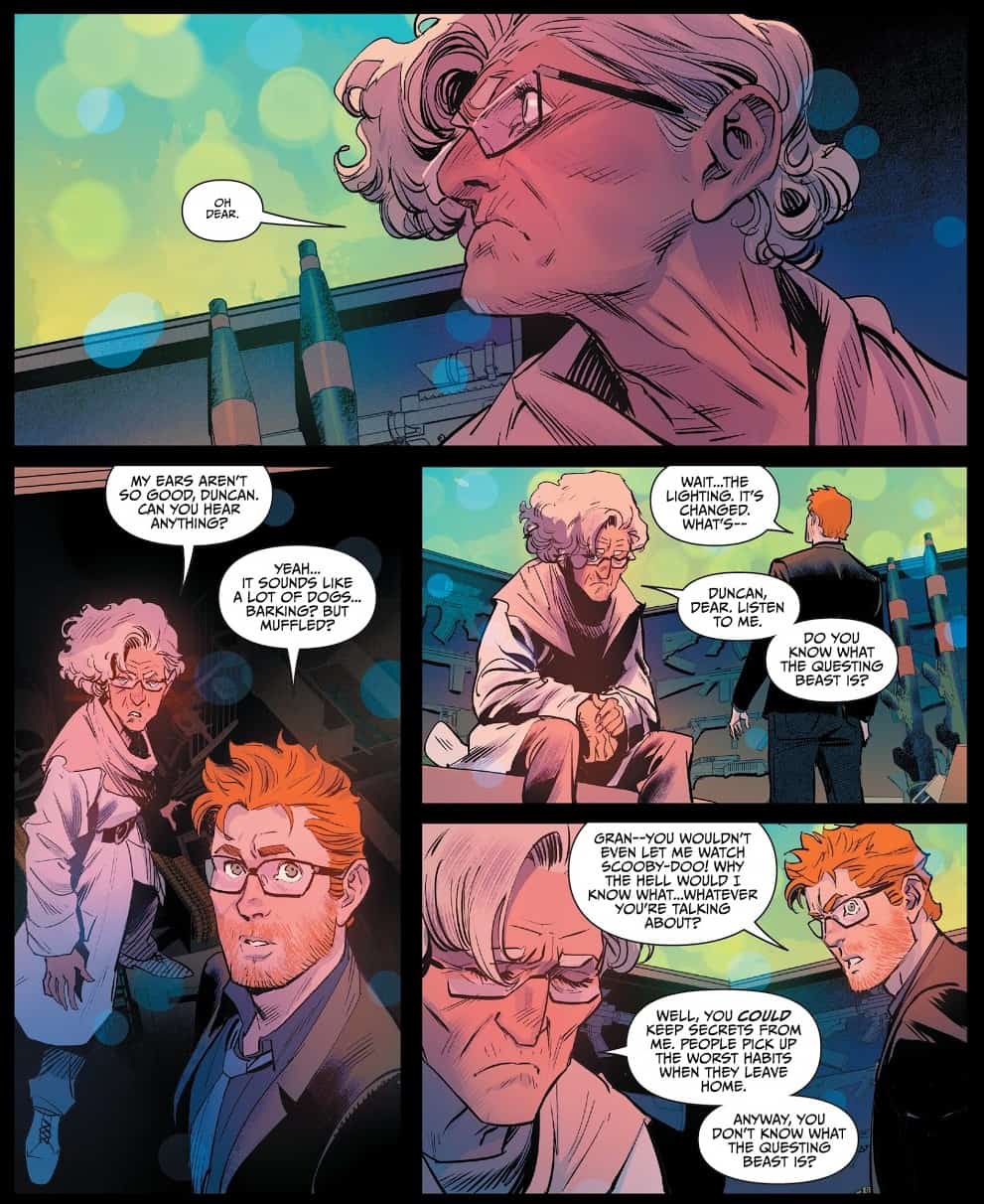 This is when the magic begins! The plot is not established until the end of the issue, but it is well worth the exciting read. Like Duncan, I only have the basic knowledge of the madness and learning the truths to this world will make us wanting to know more than what is written.

Kieron Gillen hits all the keys to writing a fantasy story. The inspirations are clear, but never overbearing or detriment to the plot. Dan Mora’s artwork along with Tamra Bonvilllain coloring is a great match to heighten Gillen’s story. By the last page, they will have you in a sense of wonder and eager to be part of the uncovering hidden histories and possible truths about England.

Once & Future #1 may be light on action, but it is well put together with realism, mythology, and a fresh twist on an old legend.

ONCE & FUTURE #1: A Love That Dares Not Speak Its Own Name