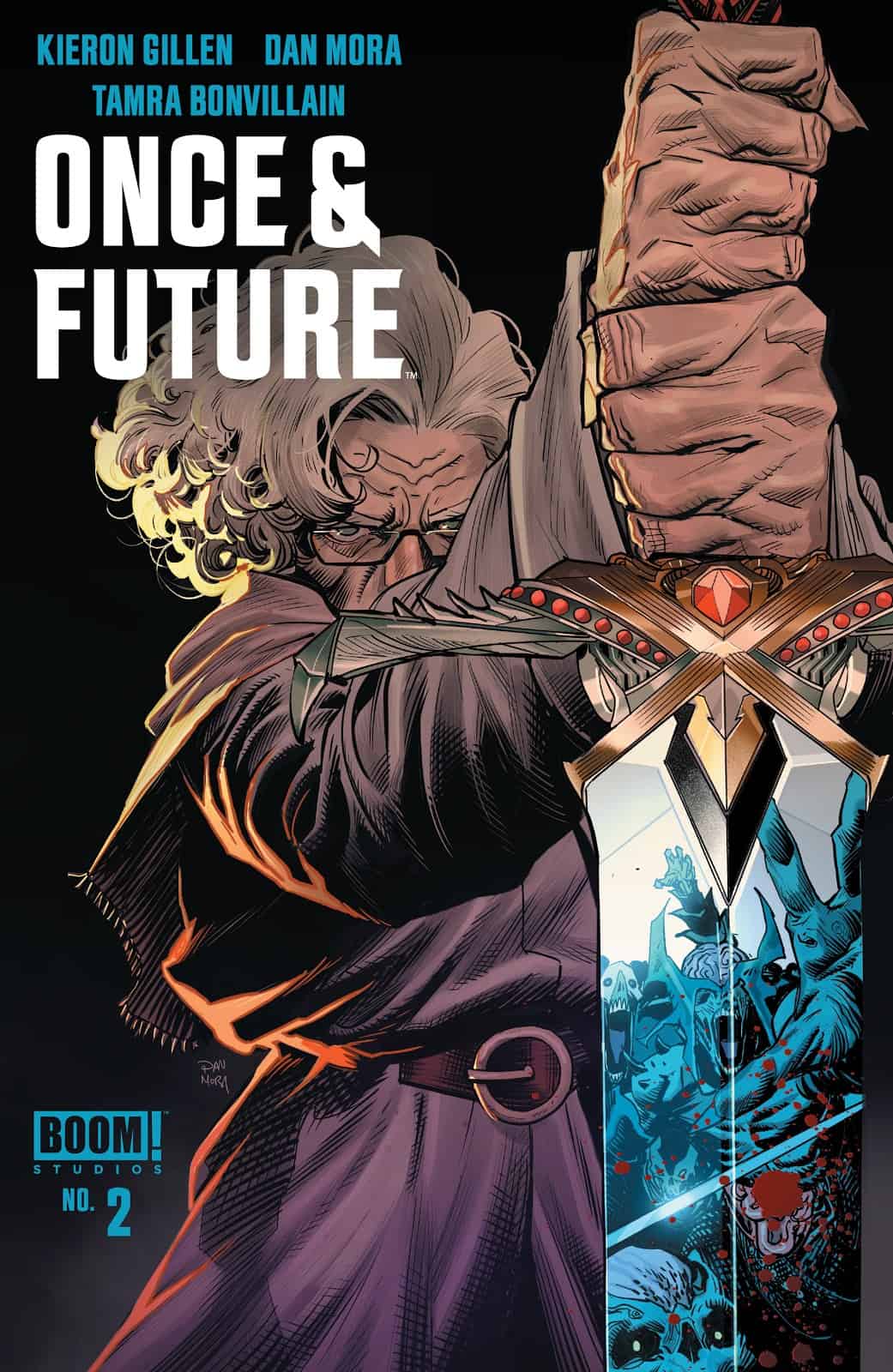 Let’s start this review with some awesome news! The Once & Future debut issue already in its sixth printing and the follow up in its third before it even hit the stand on last Wednesday, August 14, 2019. Now, due to the enthusiastic support, the second issue of this popular mini-series from BOOM! Studios will publish a third printing variant, featuring an all new cover by acclaimed artists Jae Lee and June Chun, arriving in stores on October 9, 2019!

What’s all the hype about? Wait, you did not pick up the first issue?! Keep reading this review and get your copy today!

Last issue, Once & Future introduced readers to ex-monster hunter Bridgette McGuire, who must pull her unsuspecting grandson, Duncan, into a world of magic and mysticism to defeat a legendary threat when a group of Nationalists use an ancient artifact to bring a villain from Arthurian myth back from the dead.

Bridgette and Duncan navigate through their complicated family history and combat the deadly secrets of England’s past that threaten its very future!

The supernatural threats have lain dormant for years, now Bridgett must reprise her family role and teach her unexpected grandson in the realm of monster hunting. Once & Future #2, has set the pace for the plot, but is it already too late for the McGuire duo to save the world?

In this issue, we see Kieron Gillen doing wonders on character development. The relationship building between Bridgette and her grandson, Duncan, is necessary and important to trust building for the challenges lurking ahead. The sarcastically funny and fresh relationship between “Gran” and her unfortunate adult grandson is built around simple but effective “odd couple tropes”. Gran is an experienced former retired monster hunter and Duncan, well… he may have some book work knowledge, but that doesn’t mean squat as he is forced to come to terms with this horrific reality. 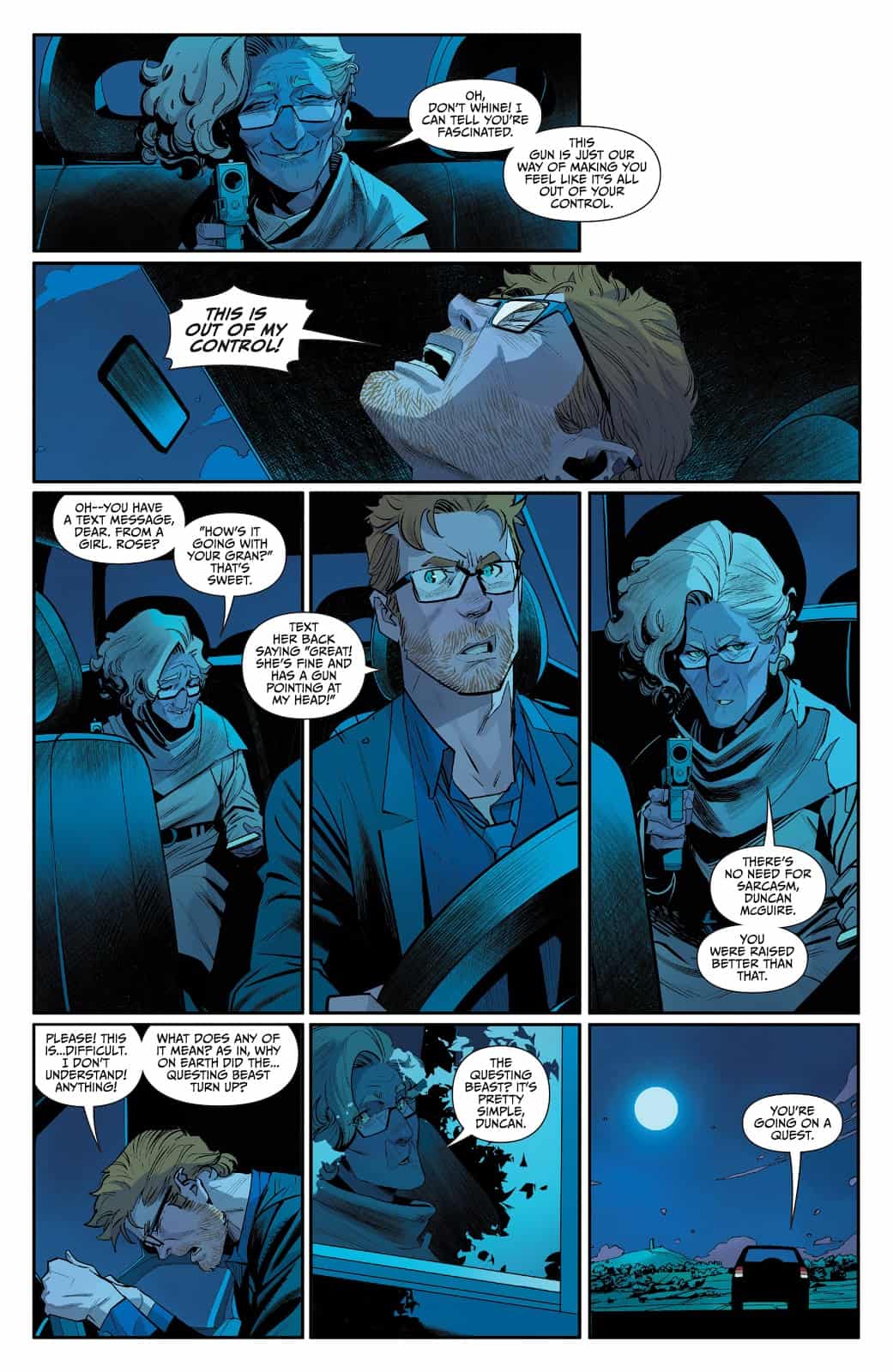 Note; this is not a comedy style storyline. Gillen’s writing is much more dynamic than dialogue of mere charm and wit. We find out more about Elaine and her connection to Gran as well as the real reason she has a team of British Nationalist for the resurrection King Arthur. Gillen’s narrative structure works well in each element of this book as he continues build suspense in this dark and at times gruesome storyline.

Dark and gruesome; that’s where the talent of Dan Mora and Tamra Bonvillain visual rhythm enhances Gillen’s smooth pacing. Mora capitalizes on his artistic strengths as he demonstrates with small details and differences on each character with such intense emotions. More and the coloring by Bonvillain nailed their talent in each panel as the coffin is open, King Arthur’s arrival and the resurrection of his knights. My absolute favorite is how the art and colors splatters as King Arthur recognizes the unworthy in his cause. 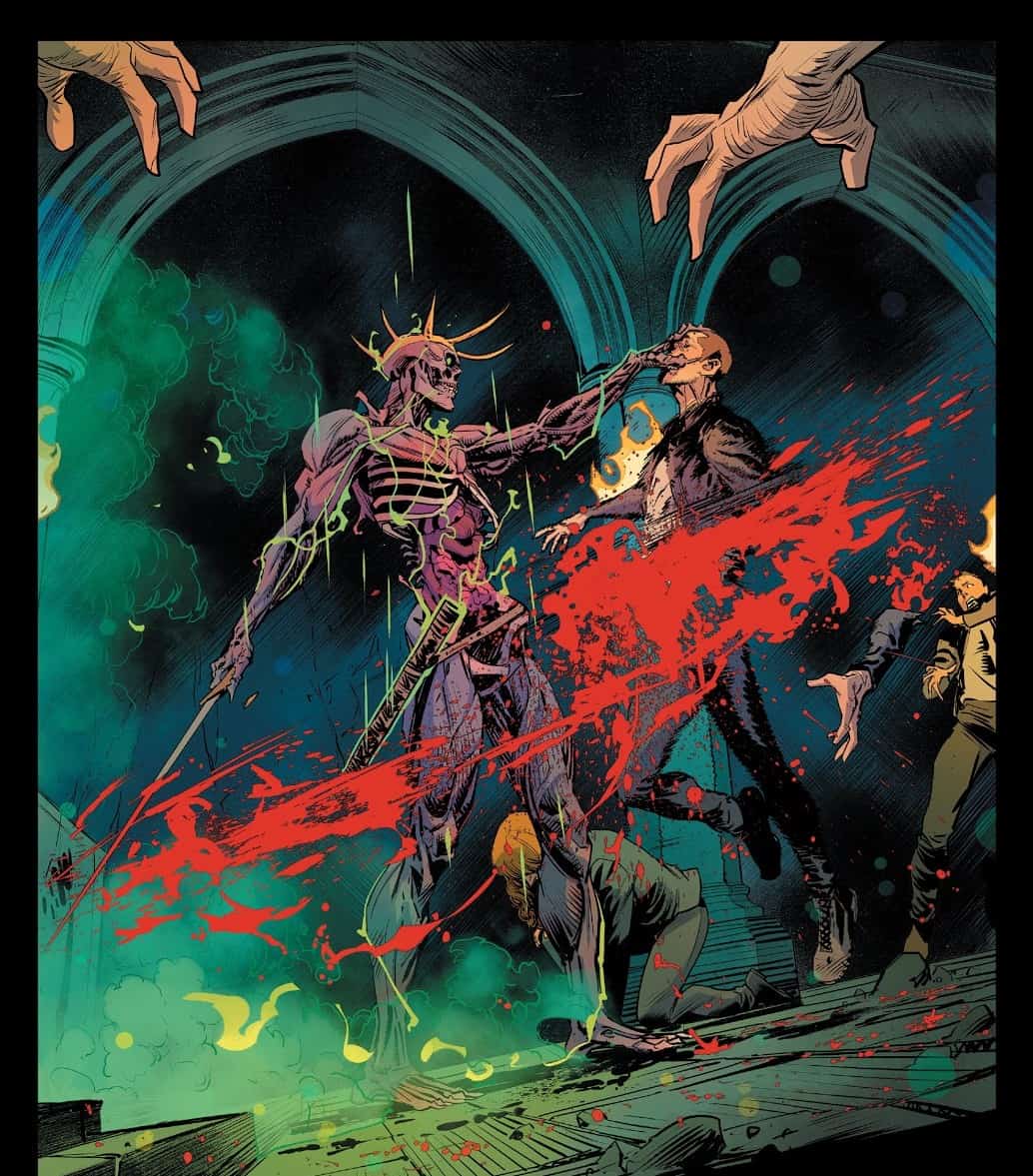 Once & Future #2 is a solid issue, but heavier in psychodynamics would give that “WOW” factor that it needs. Nonetheless, I am eager for to see what’s next!