Once & Future #20: Otherworld is Where the Home Is 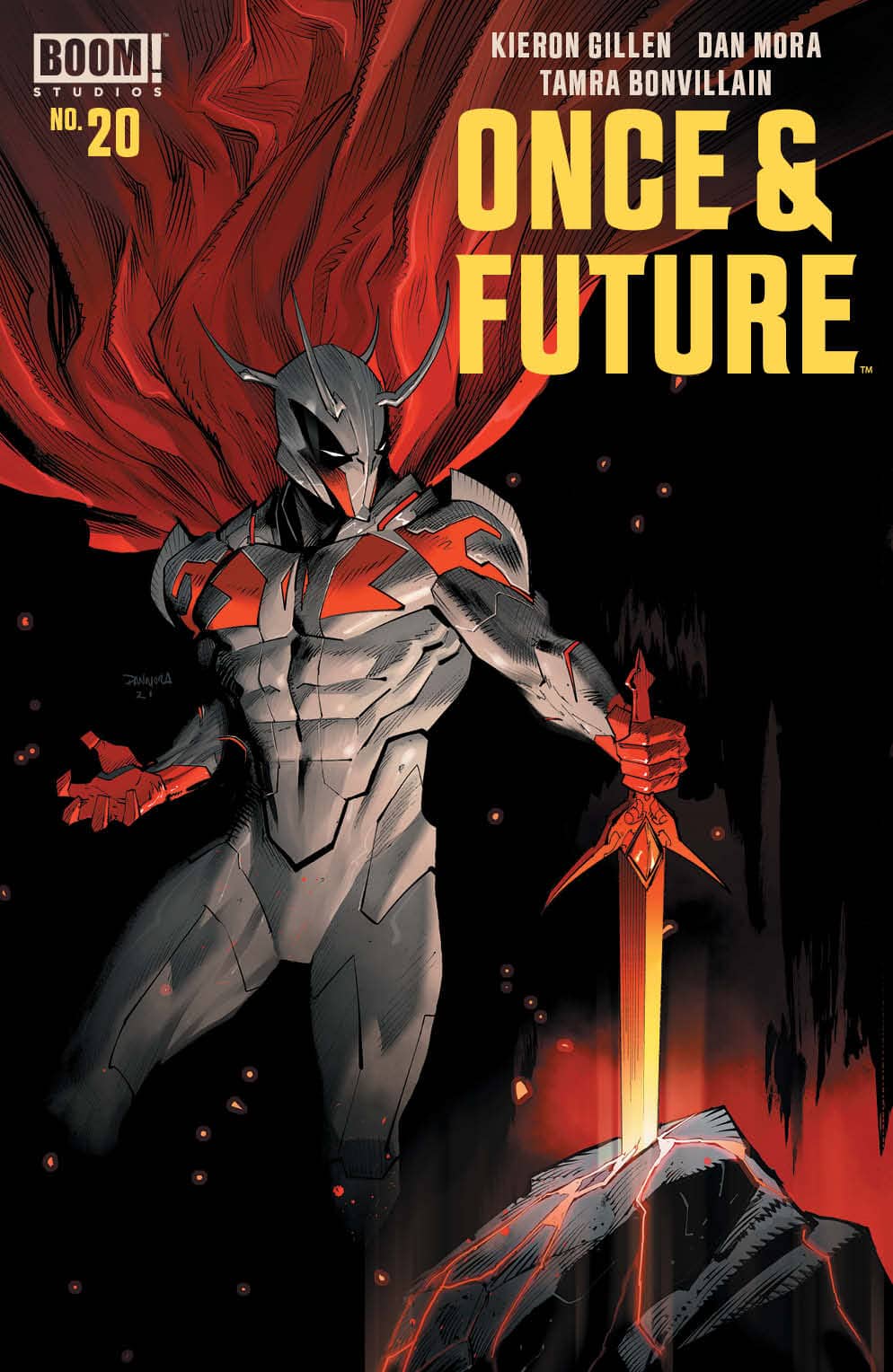 Knowing that Grail Castle may be their best chance at survival, Bridgette, Duncan, and Rose hunker down and prepare for the worst.

Elsewhere, the resurrected King Arthur challenges an arriving usurper to his rightful throne, another King Arthur, and raises an army of the undead to do it. But the new Arthur has the greatest knight of all on his side - Lancelot!

Twenty issues in, and the lack of news about an adaptation of Once & Future is frustrating. Usually, the notion of comics as nothing more than pitches for movies or shows is demeaning, but sometimes a series is so compelling that it is just ripe for adaptation. Once & Future is one of those books, and after seeing The Witcher’s anime movie and the previews for Star Wars: Visions, it’s clear that series would be a killer animated series. Between the impossible to capture artistic stylings or the ethereal, otherworldly color which is unimaginable in live-action, the possibilities of an anime-inspired adaptation are enough to make a person, this writer included, salivate. (A video or tabletop game would be an acceptable alternative, and Kieron Gillen does have experience with converting his work into an RPG.)

Issue #20 picks up with Duncan, Gran, and Rose as they lead the remaining residents of the nursing home to Grail Castle in an attempt to survive through the Otherworld. With the overlapping of reality, Gillen manages to move the series forward, into a brave new world of mortals in the mythic realm, rather than vice-versa. The change in the setting is disorienting in the best way possible, forcing the reader into the P.O.V of everyone besides our three protagonists. For Gran and Duncan specifically, this is the world they’ve lived in for the last two story arcs, and now they have to play guide for a group of retired seniors and lost soldiers.

It’s not only Gillen’s storytelling that’s evolved, but it feels like Dan Mora and Tamra Bonvillain’s respective work on art and color has leveled up. That pair’s coordination for depicting the Otherworld is mindblowing, and if someone told the narrative choice to overlay Otherworld was just an excuse to give the team an excuse to draw these ethereal landscapes, twistedly beautiful creatures, and blend colors in a way that escapes our reality.

The standout pages are Lancelot’s battle with a massive horde of enemies and a page of the trio searching for Rose’s family, surveying a new landscape through the scope of a sniper. The battle is as fluid as the waters that form the French knight, with splashes of blue effect contrasting with the vicious bloodshed of the battle. The second page is a masterclass in composition, the use of the sniper scope focusing and differentiating a key image that indicates what’s to come in the series.

As the crew ventures further and further into Grail Castle, which overlaps with Gran’s family home, Gran’s anxiety and frustrations come into full display. It’s as though the shift into the Otherworld has also reversed the interiority and exteriority of the character’s emotions and thoughts. Gran’s regret and shame bubble to the surface, sometimes literally under the direction of Bonvillain’s color, and the audience is treated to a broken facade. It’s that same shame and guilt that propels Gran into a reluctant agreement to go to save Rose’s family. Even with that emotional breakthrough, it doesn’t mean Gran has lost her edge and lights up a smoke while mentioning her disapproval of Duncan’s generation for experiencing feelings. (This exchange is a prime example of why the series begs for adoption. Even in animated form, it’s insane to think Netflix hasn’t attached Dame Judy Dench or Helen Mirren to play Gran.)

The understanding of the story starts to bleed through, and it feels like the reading experience is shaped in the same way reality is with this book. Just as Duncan, Rose, and Gran chart a new course through the Otherworld, Gillen, Mora and Bonvillain chart a new course through the story of Once & Future. With that last page reveal, that new path forward is a fascinating wrinkle in the mythology of the world and our world’s mythology.

Once & Future #20: Otherworld is Where the Home Is