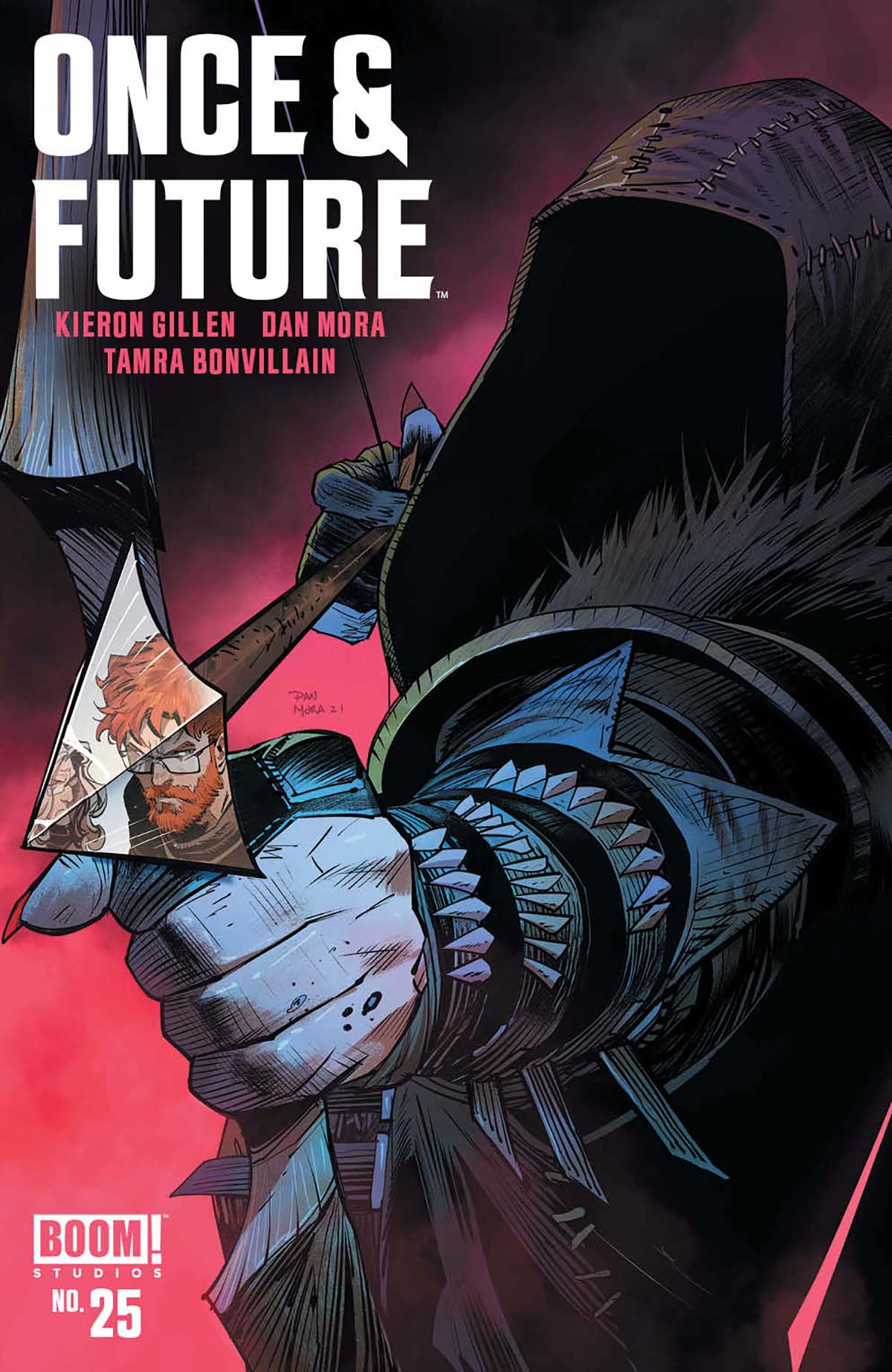 It's the day before Christmas and the sword in the stone has appeared outside London.

As the myths foretold, whoever draws it will be the true king!

But as all of the Kings converge on the sword, events unfold that could bring even more chaos to the land.

Mythology, and the history that it represents, is not a monolith of truth that is passed from one generation to another. The way stories take shape and morph, based on geography, politics, and near-constant reinterpretations feed into the kernel of a myth. These lenses, or prisms, in which myths are refracted explain why two people can recount very different versions of the same basic story. Rather than looking at one version or translation of a myth to be the singular interpretation of the story, one should look at it as a part of a whole; a branch in the larger tree of massive oak weathered and worn by different environmental conditions in comparison to other branches. This fluidity of mythology, specifically that of Arthurian lore, is the beating heart at the core of Once & Future’s overarching story.

The series, hitting a landmark 25th issue with the creative team of writer Kieron Gillen, artist Dan Mora, colorist Tamra Bonvillain, and letterer Ed Dukeshire continue the story of Duncan, Gran, and Rose looking for allies as multiple King Arthurs wage war in an England trapped in the ethereal Otherworld. Gillen’s script can be roughly broken down into three storylines, with the trio trying to recruit Robin Hood and his Merry Men, followed by Duncan’s mother Elaine, or Mary, or Nimue, depending on the interpretation of true names (an important part of faerie lore, and the book’s interpretation and use of story roles attaching to characters).

The main story sees Gran using the narrative woven into the fabric of England, that of rebelling against Kings, to pit Robin Hood against the Arthurs. The quest also allows the team to unlock a fun perk that feels perfectly in place for an eventual Once & Future tabletop game. That main story is cross-cut with the Elaine plot, which is the most ambiguous in terms of motive. It unfolds as Elaine works her way into the Grail Castle, and seemingly has come to join the side of Duncan and Gran, but has to deal with the paranoia that Gran has instilled in the surviving nursing home employees and residents.

The final throughline is the battle between Arthurs, which has evolved from a battle between the more Celtic/Welsh interpretation of Arthur that Gillen has linked to the nationalist movements of modern England, a king that shall return when the ‘sovereign’ Britain needs him most, and the French interpretation of Arthur introduced in the previous arc. As the two embodiments of the Arthurian myth battle, they are brought into conflict with the third interpretation of Arthur, this one springing from the minds of Victorian writers like Alfred Lord Tennyson. Instead of a vicious warlord like the Welsh version of Arthur, or the more chivalrous French interpretation, Gillen chooses to write a version of Arthur bathed in the machinery of an industrial England. Mora perfectly illustrates this Arthur as a giant steampunk mech roaming the battlefield, symbolizing the massive reach of the industrial British empire of the Victorian era. Just like every other visual in this book, it is the perfect blend of fantastical and historical.

Bonvillain colors are evocative of those various interpretations of lore, infusing that more pagan or naturalistic version of Arthur with greens, and a naturalistic look that feels like the Earth and land. Mora renders this Arthur as almost a zombie or wraith looking to impose its will on the land, and Bonvillain’s colors only enrich that sense of violence. On the other hand, the French version of Arthur is colored with blood reds that call to mind the crimsons of flying flags, and evoke a nationalistic but still romanticized version of Arthur. Her coloring makes this Arthur feel more refined and civilized, striking the image of a knight not out of place in a more traditional fantasy series.

Finally, the newest Arthur, reinterpreted into the industrial age, rendered stunningly by Mora as the juggernaut mech that seemingly strutted from a steampunk Pacific Rim is colored with a more muted, worn down palette. The rest of the book is charging at full speed with Mora’s excellent art, perfectly blending the action/adventure spirit of an Indiana Jones story with Bonvillain’s colors that elevate this book into something wholly original. There is not a book on the shelves that feels as cohesive and sure of itself, and that comes largely from the dynamic action of Mora’s line work, and Bonvillain’s hauntingly beautiful palettes.

With Once & Future hitting the 25-issue landmark, it’s clear the book has a fascination with how myths are twisted and interpreted. Gillen’s script provides Mora’s pencils, Bonvillain’s colors, and even Dukeshire’s letters the chance to subtly change and conform to the version of lore the story necessitates. This is one of the smartest books currently in the long boxes, and by far one of the most gorgeous, and deserves to be on everyone’s pull list. My biggest regret reading this book is that I’m no longer in college, as this is a work that deserves to be read, reread, and picked apart, working on levels far beyond the action-adventure story of a man and his grandmother that it was originally sold as.