One-Star Squadron #1: Thank You For Your Service 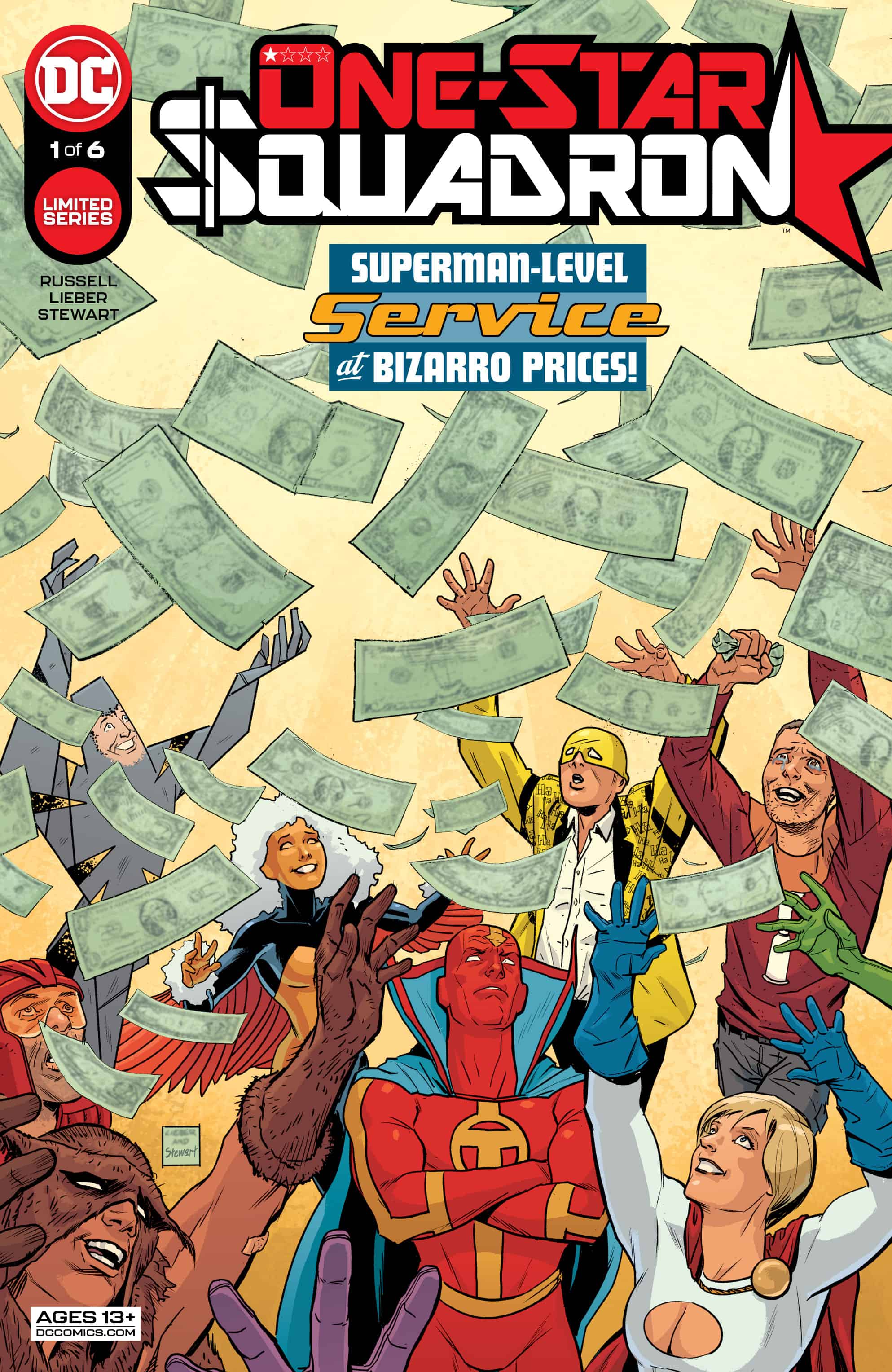 Who you gonna call? One-Star Squadron! Meet DC’s superhero team where heroism meets capitalism. This ragtag group of heroes led by Red Tornado is here to provide service with a smile. All you must do is send a request via their on-demand hero app and they’ll answer any call. Whether it’s a children’s birthday party or an alien invasion, no job is too small or too big! 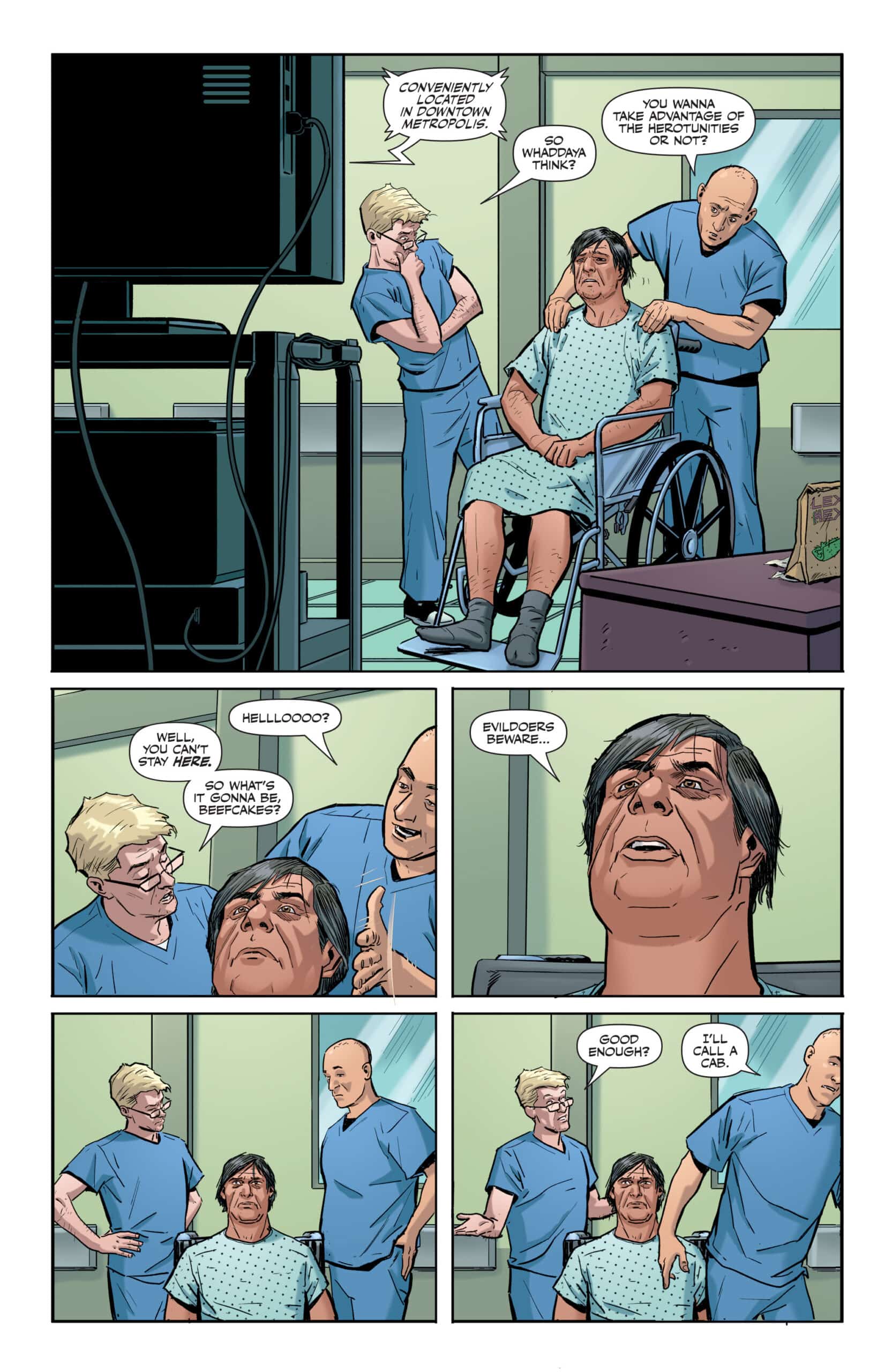 “Thank you for your service” is a phrase often heaped on military veterans and is quite possibly the most awkward thing one could say to them. How do you respond to such a thing? “You’re welcome” sounds to smug, to ignore it seems too rude. I tend to go with “my pleasure” although that’s not entirely true and often feels just as wrong as any other option. The narrative surrounding veterans is that they are heroes, and for many that is true, but the reality surrounding the narrative is that once you’re no longer serving, the support system for “heroes” has a way of falling away. Many veterans slip through the cracks while they attempt to live with post-traumatic stress, nagging injuries, pain, and a cocktail of other mental health issues.

In One-Star Squadron, we see an analogue of the military veteran in various cast-aside superheroes attempting to navigate life after their time in the sun. We see the difficulty in translating skills as The Heckler finds himself as a cold-call salesman. We see Minute Man struggling to find work because his skills are simply too niche. But the center and heart of the story revolves around Red Tornado and his attempt to help Jose Delgado, formerly known as Gangbuster but currently known as an abandoned, damaged superhero– the equivalent of a homeless vet. Delgado suffers from memory loss and violent outbursts. The hospital he was in discharged him despite him having nowhere to go and any family he may have failed to claim him. It’s a horrific and familiar story; human debris once called heroes now casually discarded.

The strength of this book lies in that emotional gravitas and that carries through in the artistic expressions. There is a sadness that permeates this story and can be read on the faces of the characters. The layouts wisely use repeated panels or only slight changes of panels to slow the narrative pace down and force the reader to dwell in a moment and take it in. The imagery of heroics juxtaposed with current struggles accentuates many of the issues’ more emotionally impactful moments. Top to bottom, One-Star Squadron is one of the best books of 2021 and beyond.

One-Star Squadron #1: Thank You For Your Service