ORDINARY GODS #1: Welcome to The Prison That is Your Life 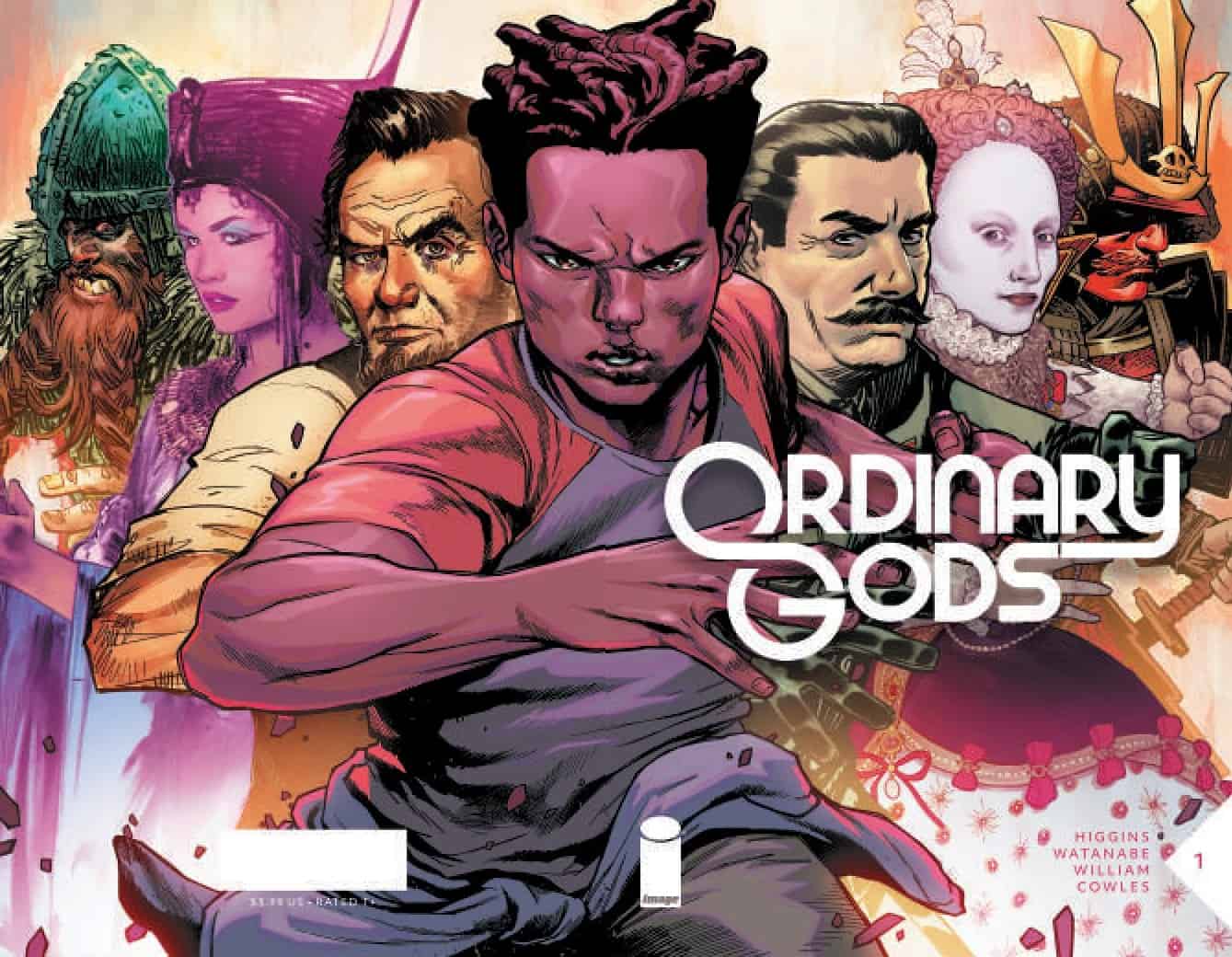 The Luminary. The Prodigy. The Brute. The Trickster. The Innovator. Five gods from a realm beyond our own, leaders in the “War of Immortals.” At least, they were—before they were trapped, sent to a planet made into a prison, forced into an endless cycle of human death and reincarnation.

Christopher is 22. He's got two loving parents and a 12-year-old sister. He works at a paint store. He's in therapy. He’s one of the Five. This means, in order to save everyone he cares about, Christopher will have to reconnect with his past lives and do the unthinkable: become a god again.

Reincarnation… an endless wheel of beginnings and endings. What if they were something more? What if the cycle of life was something more sinister? What if this world was nothing more than a created prison co-opted in an act of betrayal to hold the immortal souls of godlike entities in bondage to prevent them from making war and leading a revolution against a tyrannical god-king in their own realm? What if the only way for these souls to escape was to come together under the leadership of The Luminary, the entity that led the rebellion in the other realm…except that entity is currently a 22-year-old name Christopher who’s dealing with a failed suicide attempt and depression while he works a job he doesn’t care for and tries to be a good big brother to a 12 year old sister. 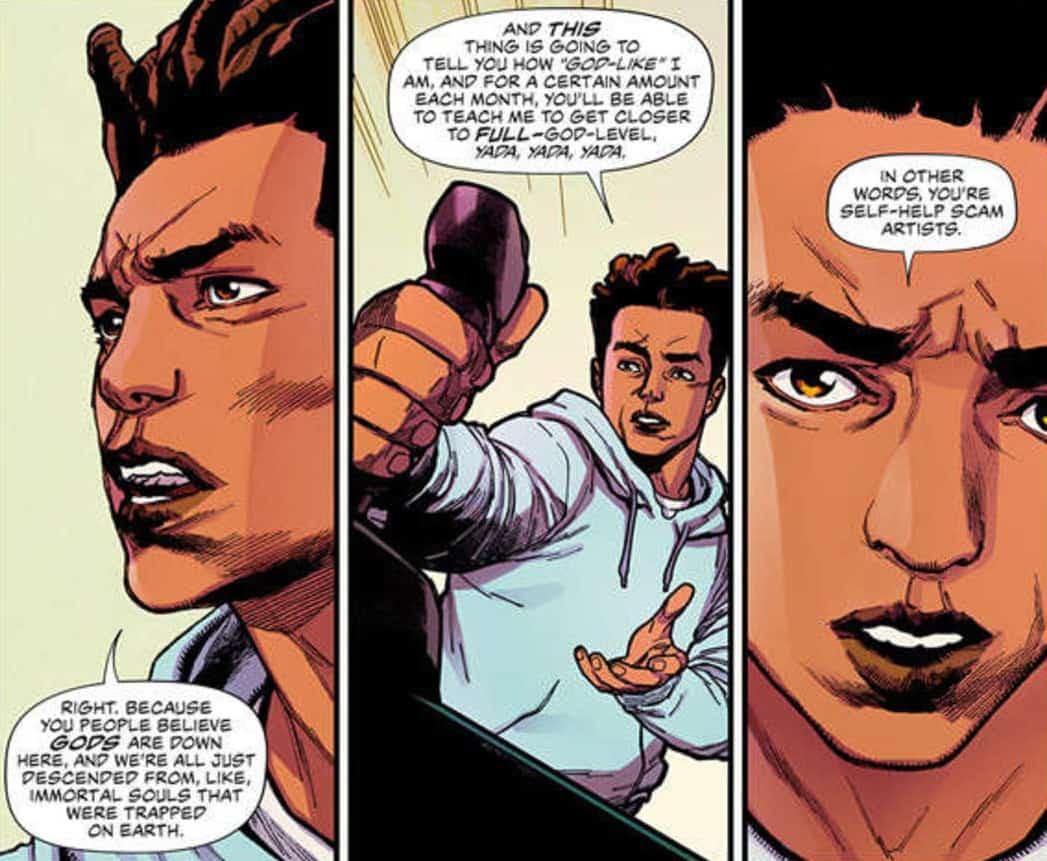 Higgins weaves a cleverly and clearly laid out first issue with the cycle of reincarnation as its central theme… even the issue itself is structured as a circle as we start with violence in Japan, get introduced to the original concept of the main characters which is an intriguing blend of fantasy and sci-fi, meet the central protagonist and then return to Japan and the same characters briefly introduced in the opening pages via a short prose story by writer Jana Quinn which I think is a clever layer that helps drive the central theme home: These souls are trapped in the cycle of life. Higgins steers clear of linking the story too deeply to any major religion although you could link so many through the concepts laid out (the idea that the world and life was created via a machine invented by an entity called the Tinkerer is a fascinating concept) instead the ideas are a hybrid fantasy science fiction and he even weaves in the concept of evolution as part of the idea that life on earth is a prison for these revolutionaries from the 13 Kingdom world beyond ours. Higgins contrasts these more fantastical elements by having the main character Christopher be living a mundane or rather normal earthly existence with real earthbound concerns brilliantly and I was completely invested in Christopher as a character from start to the end when Higgins brings Christopher’s world he knows crashing down by the end in shocking fashion as one of the rebels we met at the beginning of the book rescues him from being killed again to hide the soul of the Luminary from being found. 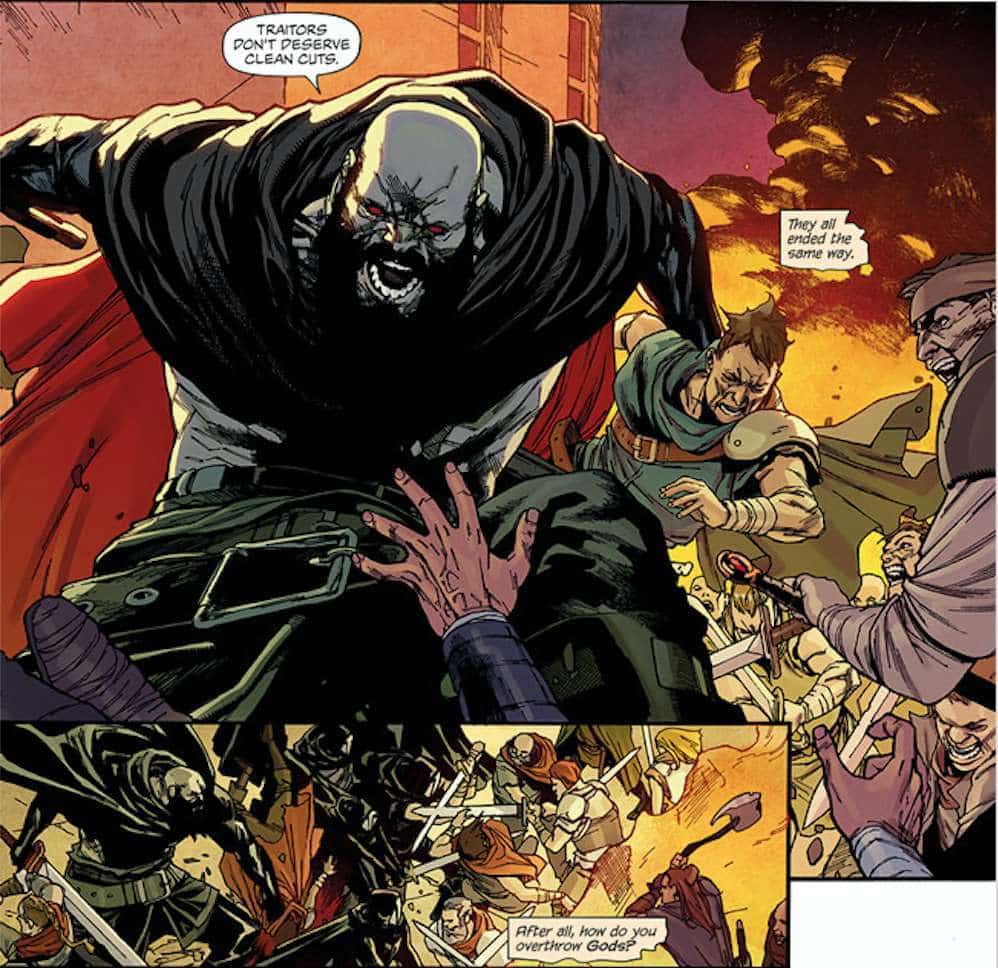 The prose short at the end of the book from Jana Quinn about the Yakuza crime boss Masato Taoka the life that housed the soul of the Luminary at the beginning of the book is a deft touch that fleshes out this universe and the characters in it and it actually makes the issue feel more whole as the cycle remains unbroken…for now.

The art from Watanabe and William with its strong lines and solid colors balance the more fantastic scenes with life on earth really well, all elements from the beginning firefight in Japan to our glimpse of the 13 Kingdoms to Christopher with his psychologist and his family life are really well executed. William’s colors are strong and as a combination, it’s a really good opening issue as far as the art is concerned. Watanabe is great at showing expression and humanizing the main characters through facial expression from the get-go which is something that makes connecting with the characters easier. The action and scenes with violence are dynamic and you can feel the motion in the more dramatic and action moments.

I very rarely mention covers but in this case, it would be a crime not to…it’s a beautiful spread centered on our main character Christopher and fans out in both directions (on the front and back cover) with various famous recognizable figures from our history drawn by some of the best and brightest in the business including series artist Felipe Watanabe, Dave Johnson, Tula
Lotay, Dan Panosian, Rod Reis, Nicola Scott, Declan Shalvey and colored by Matt Wilson!

ORDINARY GODS #1 is a stellar first issue that balances intriguing fantasy/ sci-fi elements with well-grounded real word character work from Higgins that's elevated further by strong, bold art from Watanabe and the art team in an opener that puts an original spin on the concept of the immortal soul and reincarnation as an idea.

ORDINARY GODS #1: Welcome To The Prison That Is Your Life