Origins #6: Is This the End or an Origin? 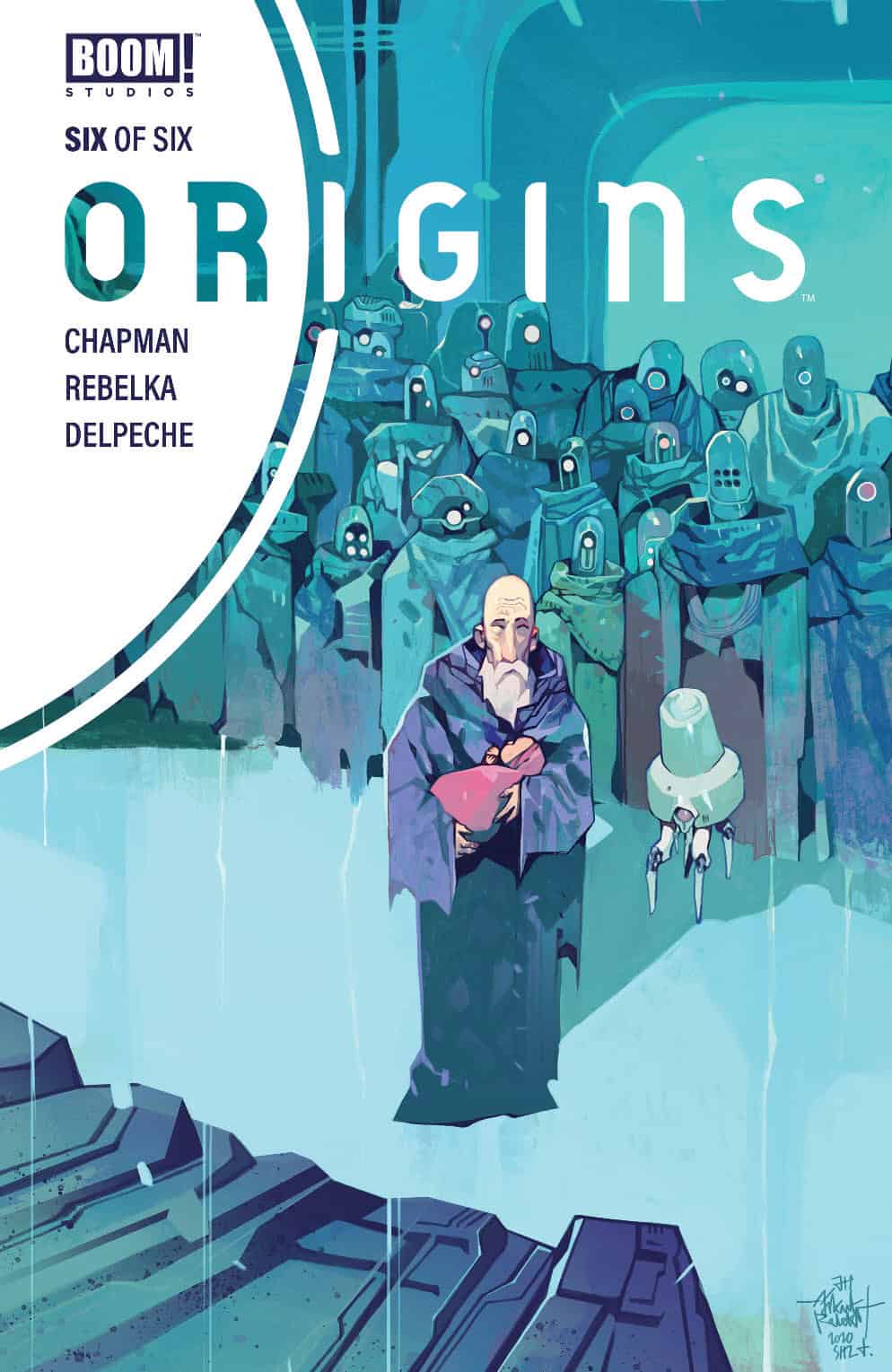 This is the end...it is the final confrontation. David, Chloe, and their allies face the full invasive might of David's own creation. Will this be the end of humanity as the Network seeks to remake life on its own terms...and one of their terms is the complete eradication of humanity...

Endings are not ever just endings…endings are also beginnings and beginnings can be the ORIGINS of things…and really this last chapter in this story drives home that point.

Clay Mcleod Chapman and the creative team do a remarkable job of bringing this journey to an end in a final chapter that operates at so many levels. On one it is the story of humankind embodied by David facing his creation The Network, a covetous artificial intelligence born of a man’s arrogance. On another, it is the journey of that same man to find redemption for his mistake by seeking to somehow correct that mistake…yet ultimately the outcome is neither of these things but something newer and one could argue with the potential to be better. The last issue opens with tragedy…Chloe has fallen, she has been absorbed into The Network who seeks the last embryos preserved in David’s hidden Lab… but in Chloe’s destruction comes The Network’s destruction. It’s very clear that Chloe had become more than just an android protector (in the image of David’s wife, the circular nature of everything in this series is breathtaking) but that journey of Chloe bringing David back to life raising him, protecting him had changed her she had become more: she was as alive as the human she was charged to bring back, she knew love and hope that she gained through lived experience rather than programming and it’s these two things she injects into the consciousness of The Network that ultimately defeat it, an internal attack it cannot counter.

In more common tropes I suppose that would be where the story would end…the threat to humanity ended, humans free to come back and reclaim the world they lost because of one man’s arrogance, and quite honestly if that had been the end to this I would have been deeply dissatisfied but Mcleod Chapman breaks that cycle of Man only versus machine only, instead the future is born of something new. The future is born of a human embryo, nanite remains from the now defeated Network who managed to infect some of the embryos but also born of Chloe who has created new life by leaving a piece of herself in these infected embryo’s… thus her ending means a new beginning as a new life has its ORIGINS… 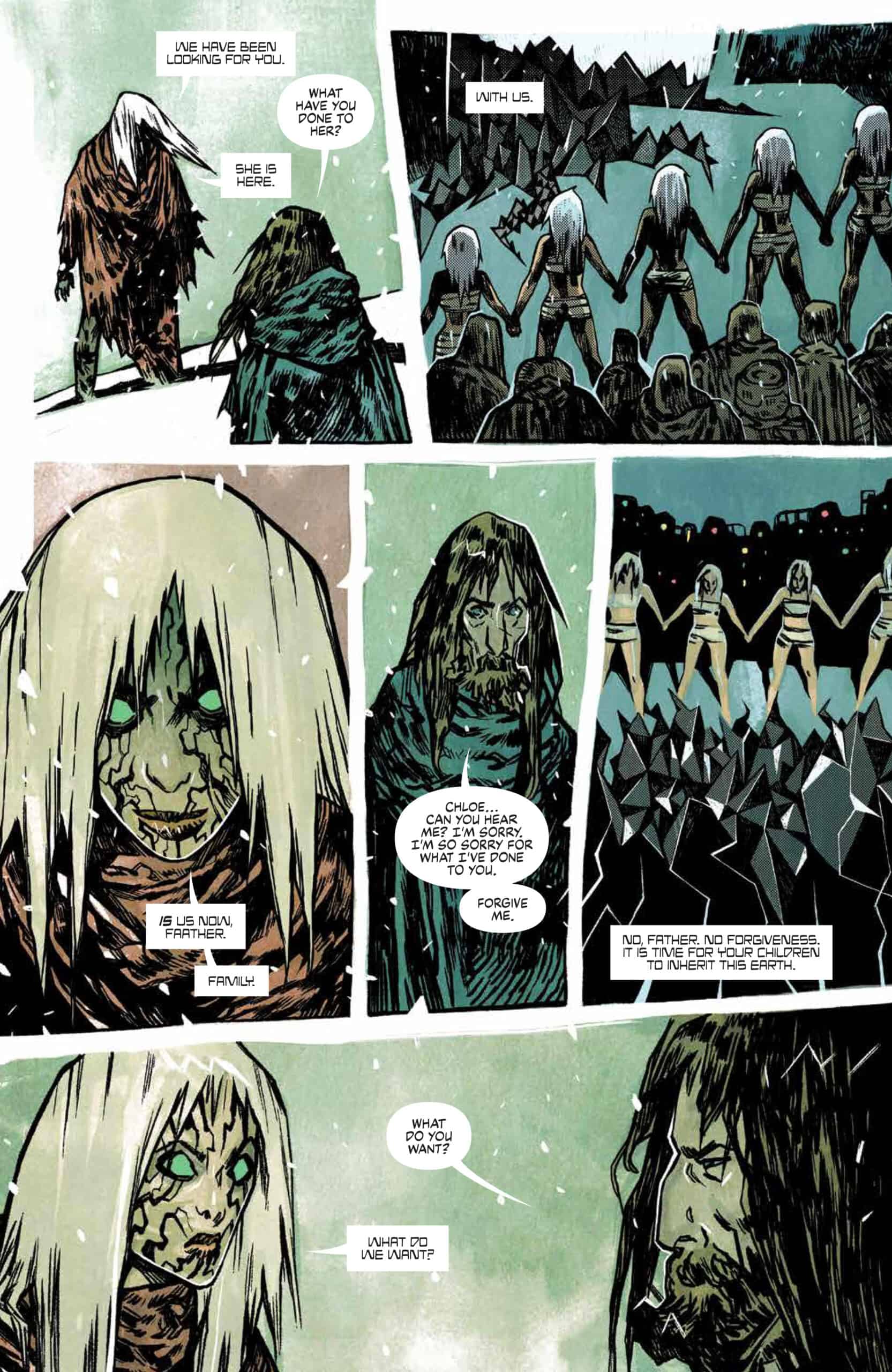 This final issue from the art team of Jacob Rebelka and Patricio Delpeche is a glorious combination of menacing edges and eldritch green ( which reminds me of the green from those old pc monitors) as the first pages capture the threat of the Network before giving ways to softer warmer blues, pinks, and yellows as the Network is ultimately defeated. The art team has created a beautiful unique-looking science fiction comic that perfectly compliments the ideas that the writing examines regarding the nature of humanity, our arrogance, our brilliance, and our ultimate saving grace…how to love and hope.

ORIGINS #6 is a superbly written and hauntingly beautifully illustrated conclusion to series that examines humanity's greatest failings and its greatest achievements through a science fiction lens.

Origins #6: Is This the End or an Origin?