Hello folks; it’s that time again! Welcome to our little “korner” of the world where we like to highlight some Kickstarter projects that have caught our eye. Since we are not stingy here at Comic Watch, we want to spread the love like peanut butter. Enjoy! 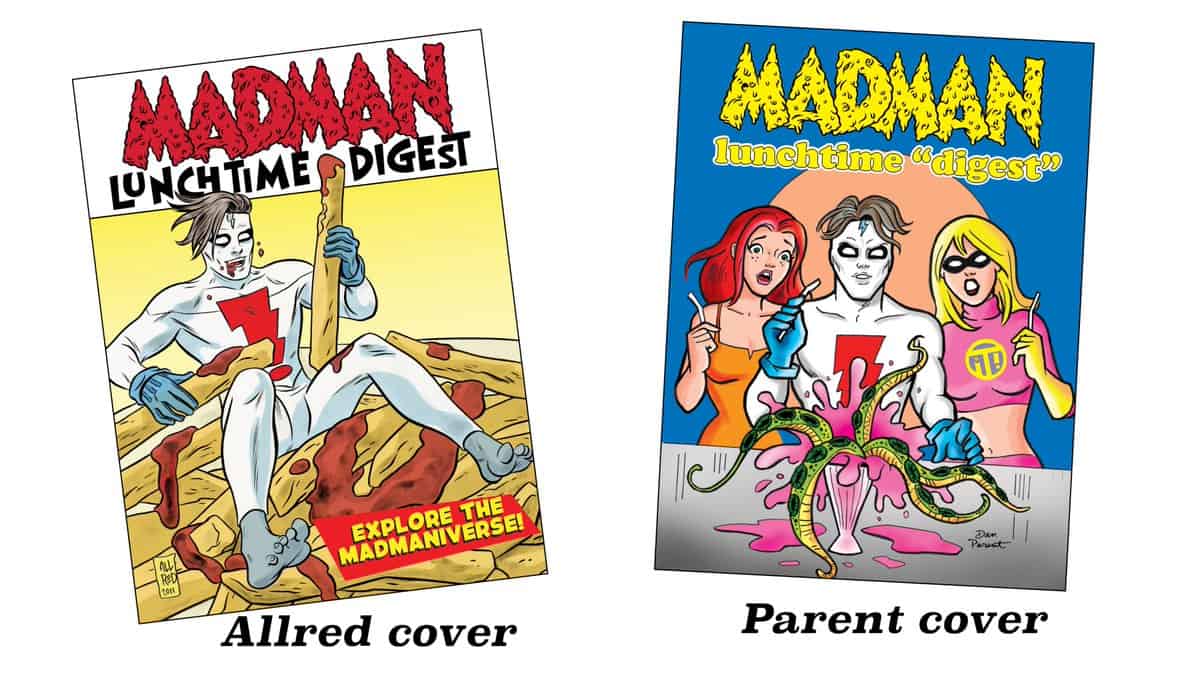 Madman’s back in metal, and this time he’s brought his pals in the NEW lunchbox! Comes with a “digest” to read while eating!

The Madmaniverse Mod Metal lunchbox brings the adventures of Frank Einstein and pals to your lunch break! Pack sandwiches, junk food, health food, crime-fighting supplies, yo-yos, comic books — anything you want in this NEW Madman metal lunchbox, the first in twenty years! This old-school metal lunchbox looks like it came from your childhood! Plus you get new art by Mike Allred and colored by Laura Allred, detailing a greatest hits of moments in the Madmaniverse books: Madman, The Atomics, Red Rocket 7, and X-Ray Robot! The only thing it’s missing is a Thermos — and you! 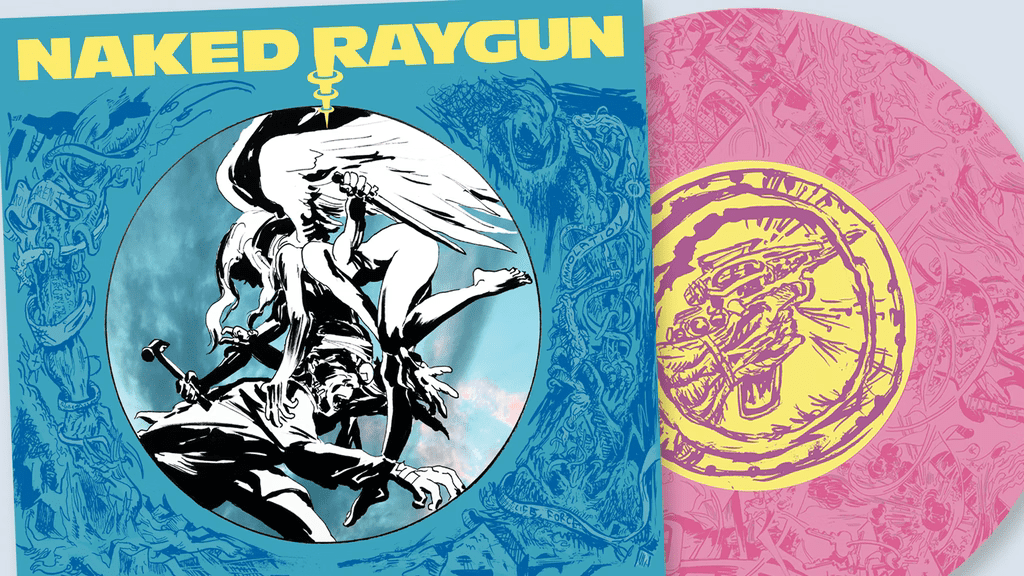 When we heard that Naked Raygun was putting out their first album in 30 years, we went to the band with an idea: Wouldn’t it be cool to put out a limited edition Broken Things 7″ + comic book set!? Maybe we could get two of our favorite artists to collaborate on the comic and create the artwork to be etched into the B-side of the record! It’s a visually-driven story drawing on the chaos of our times that unfolds in a sort of deconstructivist spiral. The artists are each working on separate sections of the same page, creating a call-and-response between them that’s reminiscent of experimental comics team-ups like the infamous Kurtzman/Elder/Krigstein “Bringing Up Father” romp in Mad, underground jams like the ones in Zap, and the raunchy Hama/Adams/Reese split story in Flo Steinberg’s legendary Big Apple Comics. 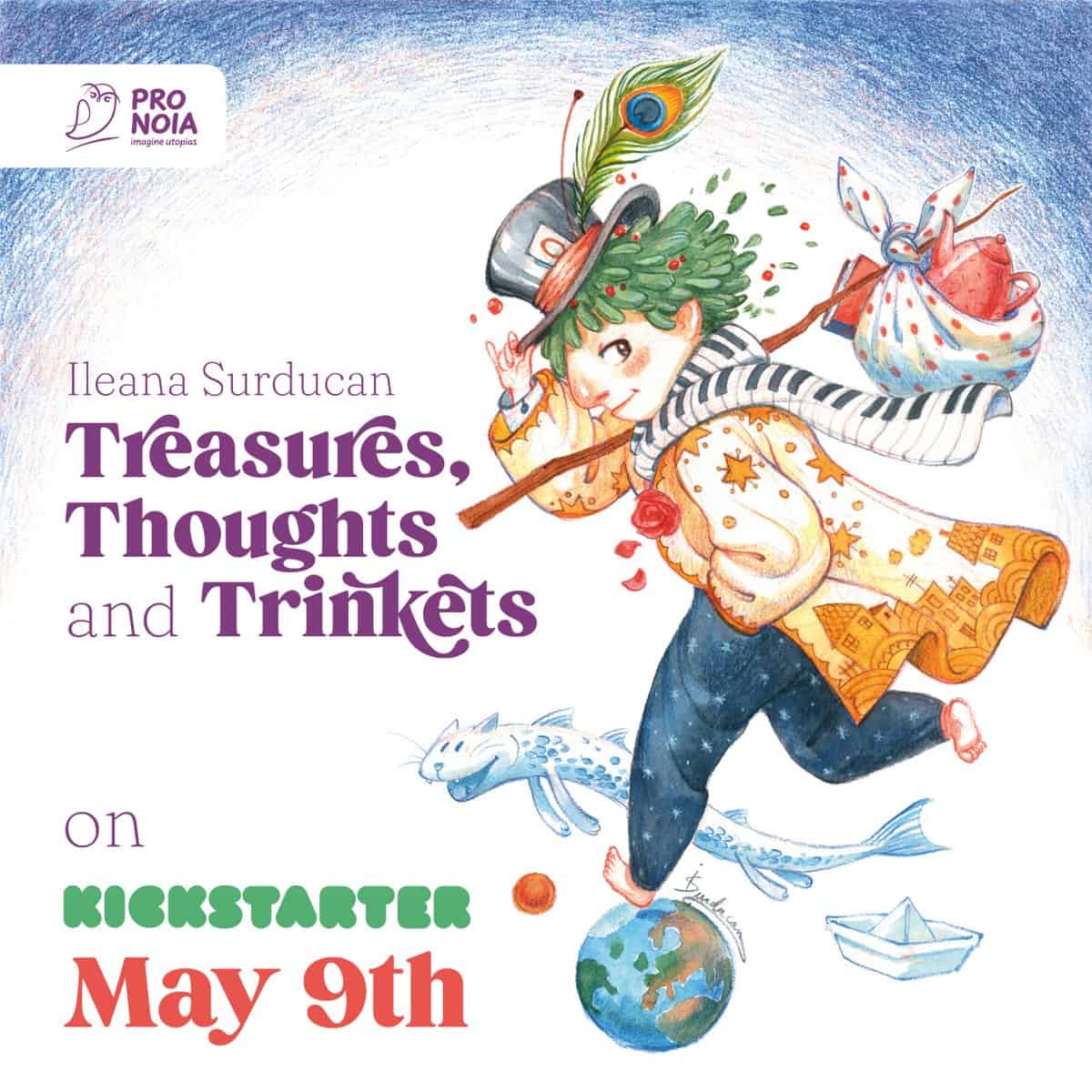 A collection of 24 silent comics that bring colour for your soul, playfulness for your mind, and a fresh perspective on everyday life.

No words needed! Treasures, Thoughts, and Trinkets is a collection of 24 silent comics, each and every one conveying without words a touching story about everyday life that will delight and surprise you. From whimsical creatures that hide in teapots, to mysterious hunting parties and modern day pirate troves, Treasures, Thoughts, and Trinkets brings heartwarming glimpses of magic and absurdity to what most of us would perceive as ordinary life happenings.

Jeehyung Lee’s GUMAA: The Beginning of Her

Gumaa: The Beginning of Her 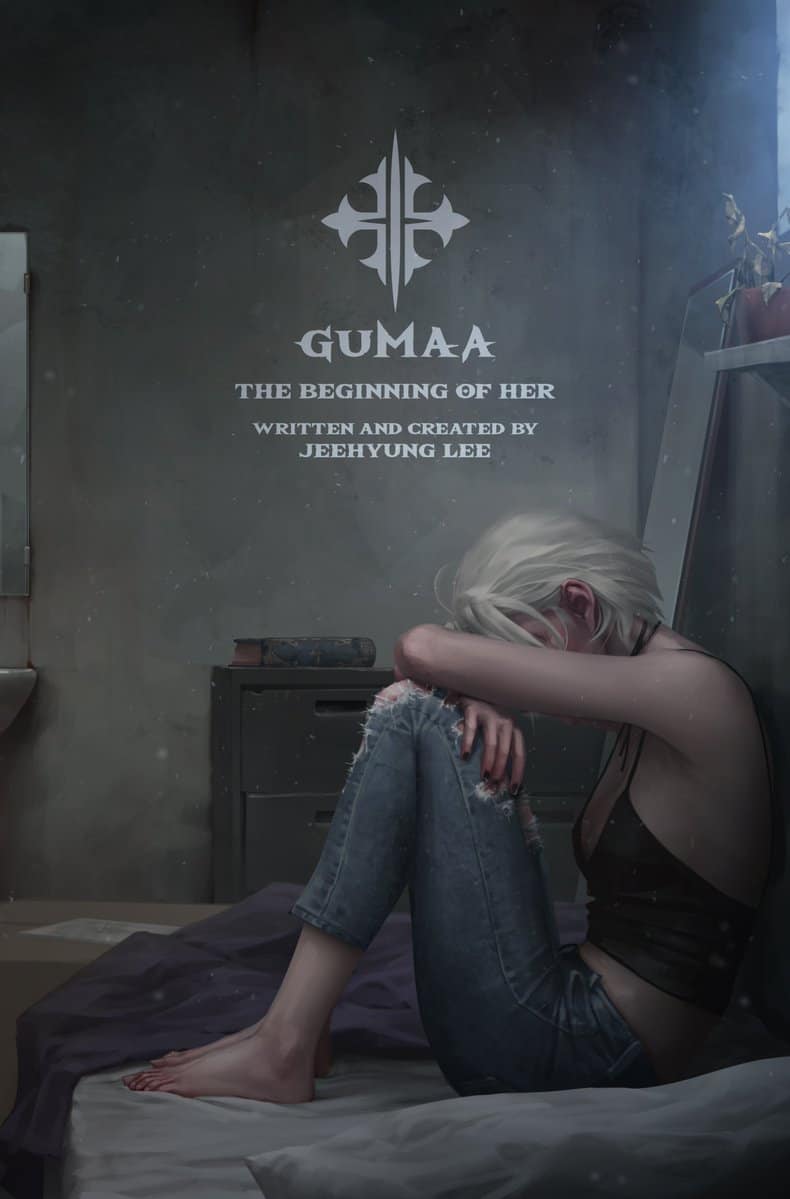 Crime noir meets horror to take you on an exciting, complex journey with fast-paced flow. It is a dark and supernatural drama.

Gumaa: The Beginning of Her is the story of Khalida and the things she had to do to escape the hell she was in. Gumaa #1 introduces the reader to a hell set in the eighties. Khalida is a survivor and knows every decision she makes has consequences in the Luiciel crime family’s world. The book was written and created by Jeehyung Lee. Who she is and where she gained this power — only Jeehyung knows. 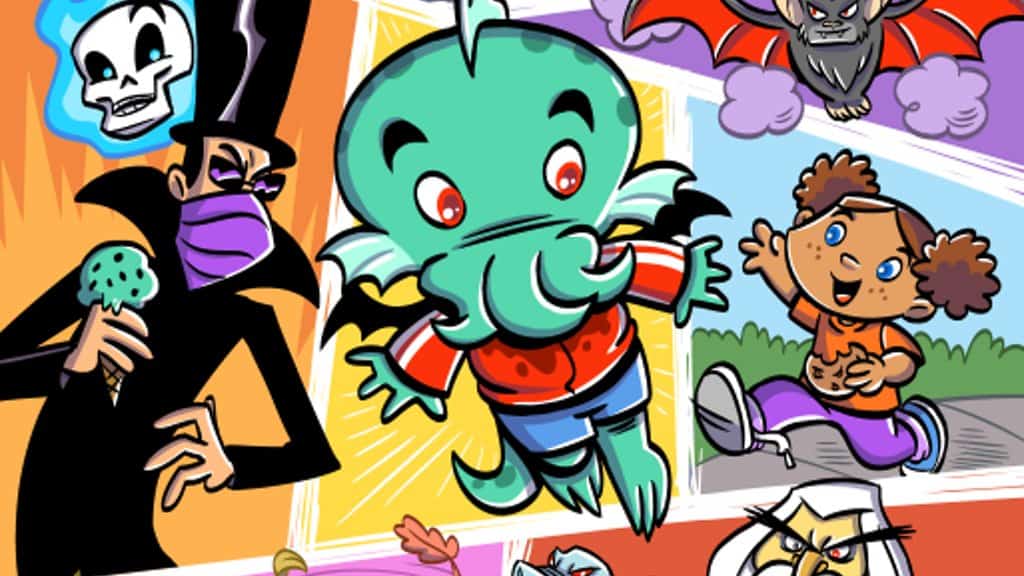 When the lovable Cthulhu Jr. and a wannabe supervillain cross paths, hilarity and hijinks ensue in this new all-ages graphic novel!

In THE ADVENTURE OF CTHULHU JR. & FRIENDS, a wannabe supervillain has to capture the son of Cthulhu (who just happened to move in across the street for the summer) in order to be admitted into the League of E.V.I.L. Hilarity, hijinks, and, yes, even a little (all-ages appropriate) horror ensues as the “dastardly” villain starts to realize that perhaps his priorities are misaligned… unlike the stars, which are entering their proper alignment for the return of “The Great Evil One!”

There’s nothing Sam would love more than to have more time: time to spend eating delicious food at her gran’s, time to play around with her cheeky younger brother and their cat, Tangy — maybe even time to actually have hobbies! But getting in the way of time is WORK. It’s not that Sam doesn’t like her job, but it doesn’t leave much room for anything else. Could the answer to this conundrum lie in a time-travelling diary bestowed to her by a mysterious, magical feline who doesn’t seem in the least bit suspicious at all…?

A Cat’s Day is a delightful, thoughtful, funny, and moving book about a young woman struggling to find balance in her life: trying to work out what’s important, how to juggle responsibilities, and learning never to trust cats! 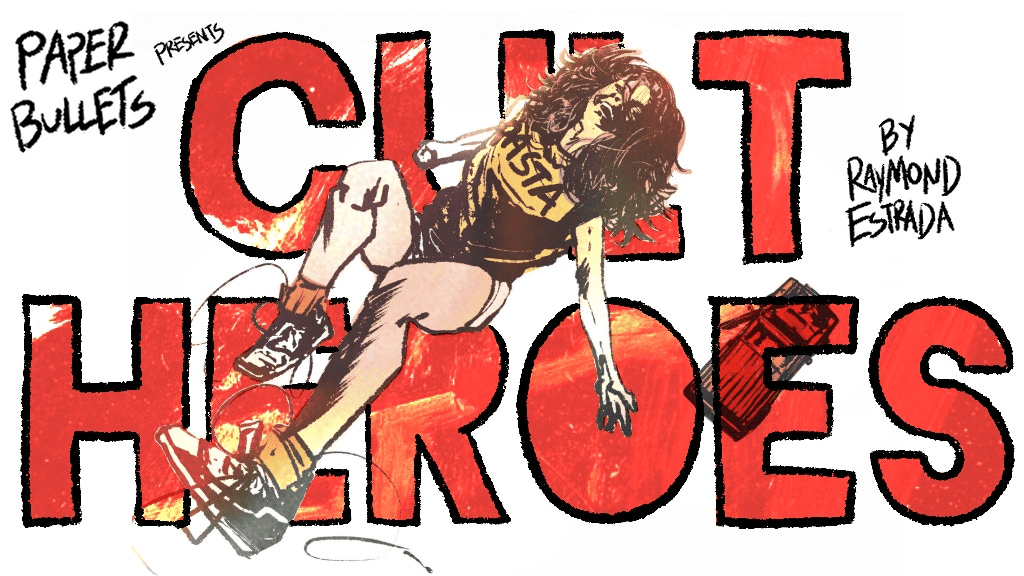 A heroically horrific comic book series about killing your heroes.

The skies are crowded with people in capes. A mysterious disfigured self-proclaimed “Hero” — a cult hero! — sets out on a murderous path alongside Razor Blade Mary “The Holy Mother of Blades“ to make room up above. Their bloody pile of caped crusaders leads to an aimless young gifted Jamie, daughter of a long-retired hero next to face his bloody penance. This is Cult Heroes: no heroes, just villains. 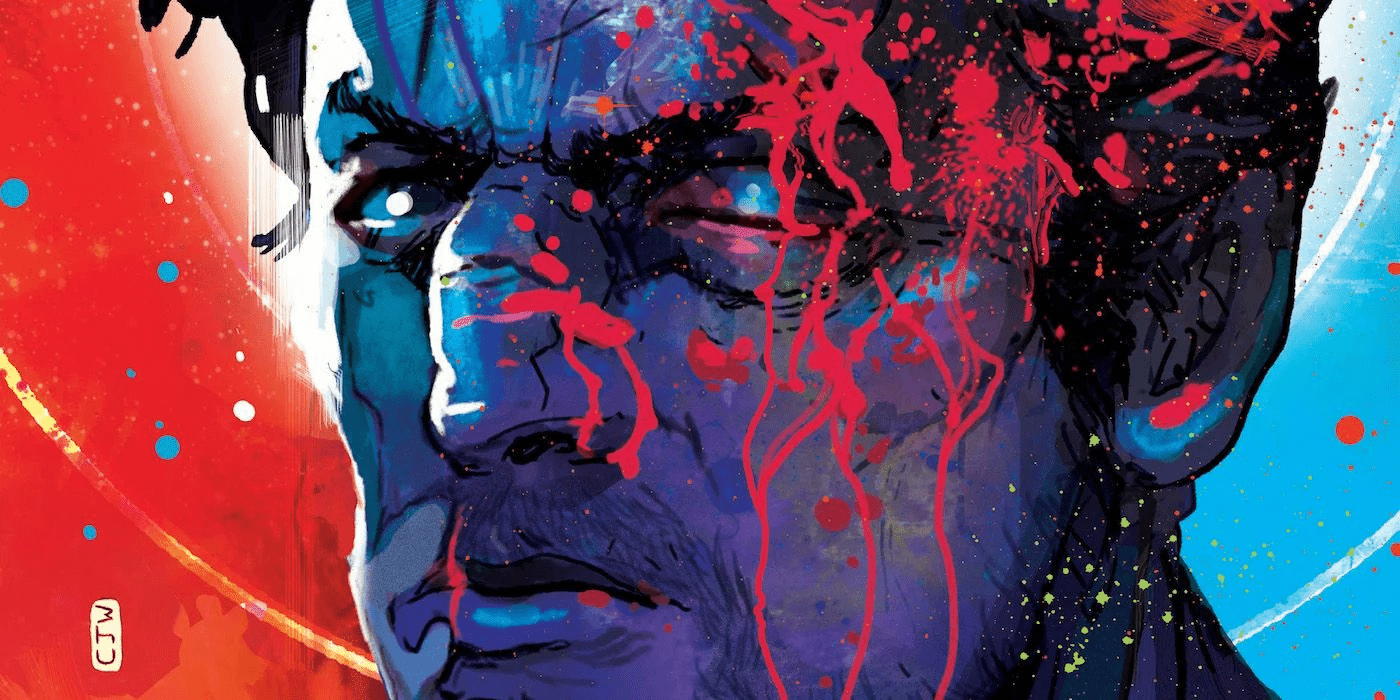 A new graphic novel about a crooked Louisiana detective with a higher purpose.

Tangled up in the battle between Good and Evil, Leo must psychically suffer the wounds of those he’s sworn to protect until he brings their assailants to justice. No one would call Leo a good person — much less a good cop. But when his best friend is shot in front of him, he wakes up with a hole in his own head that only he can see, and a host of mysterious strangers calling on him for action. Most people go about their daily lives ignoring or unable to see the divine battle for Good and Evil raging around them, but it has just become very very real for Leo. As angels and demons vie for the fate of humanity, he must choose a side or risk seeing everyone and everything he has ever known destroyed as the stakes get higher and higher. As Leo sees the true faces of the people around him he must decide — will he do what’s best for him alone, or follow a higher purpose? 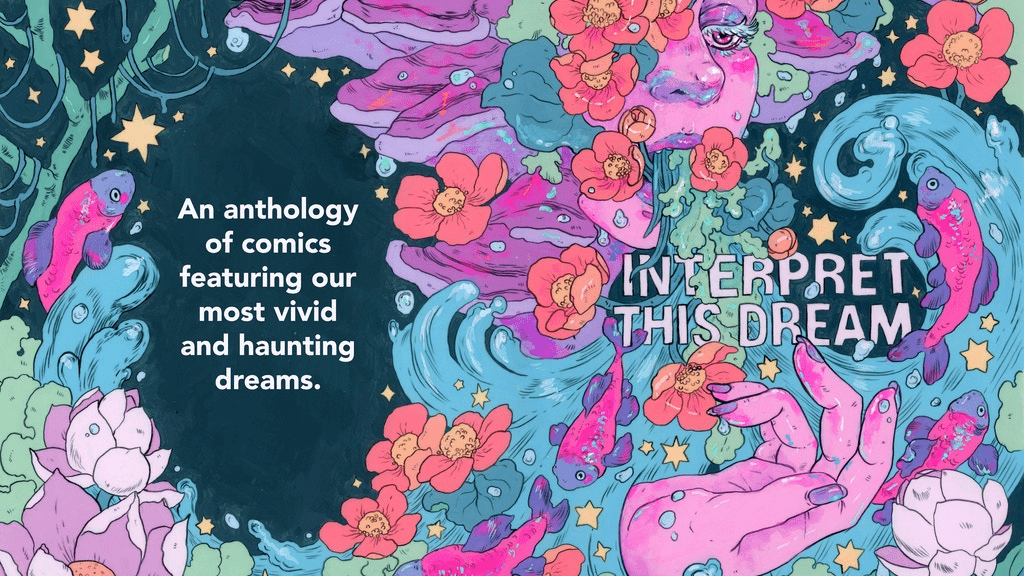 An anthology of comics about our most vivid dreams.

Have you ever had a dream that felt vivid, real, scary, and beautiful? Have you bounced out of bed, awed by what you experienced there, and raced to tell your friends about it in hopes that they might help you unravel what the dream meant? We have. Interpret This Dream is a 100+ page short comics anthology featuring stories from 15 artists. This book is meant to be interacted with! We as the artists present a dream that we’ve had, doing our best to show the dream as it had happened in our own perspectives. You, the reader, get to interpret what you think the dreams symbolize as an outsider looking in! 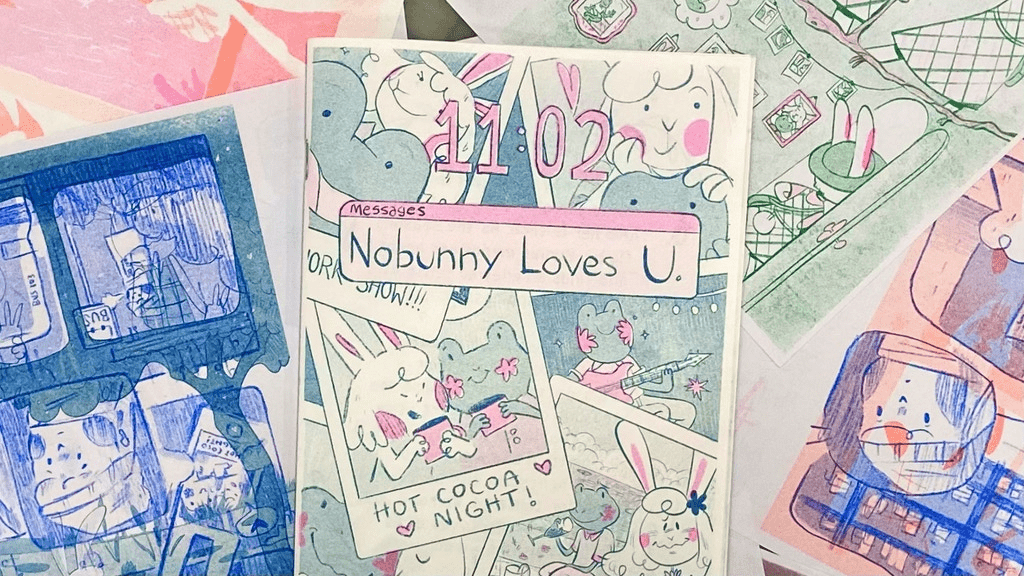 Our comic follows a little bunny who has had her heart broken, and the only thing that can heal her is time. As the seasons fly by, our small friend mends her heart and finds a renewed sense of happiness. Each member of the zine carries the little bunny through their respective season. While the seasons change, the art style does too, but the bunny stays the same. Read her journey as she navigates through a tough breakup and learns to find joy in herself <3 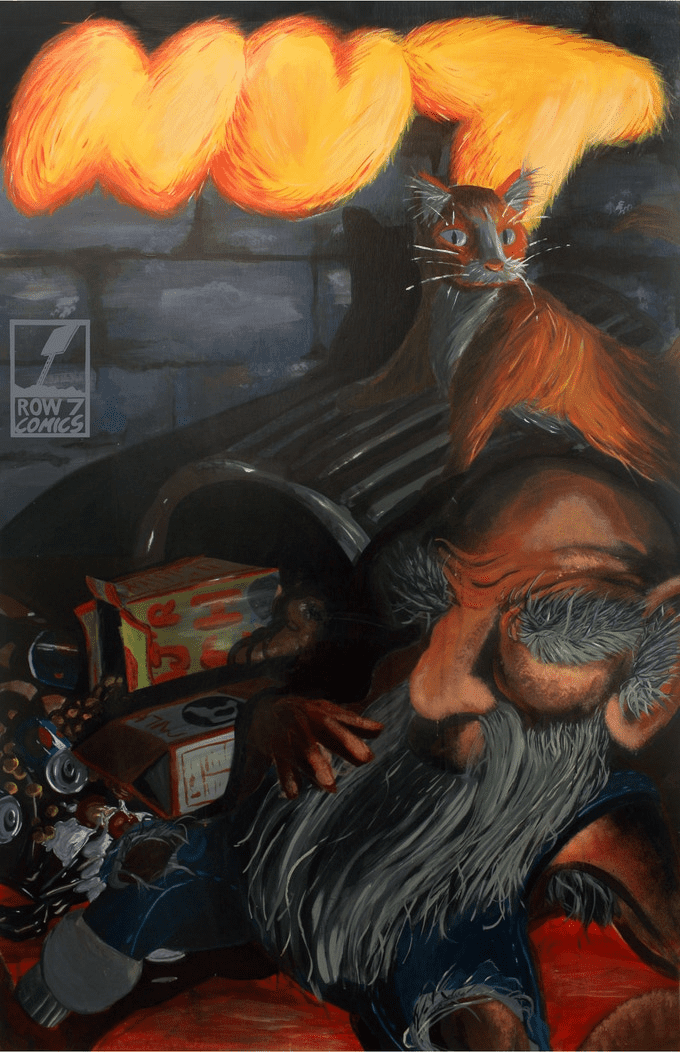 First issue featuring tales of NUT, an old destitute man struggling to provide for himself and his cat, until he finds his inner power.

NUT is an old destitute man who is struggling to maintain agency in his life, so that he can provide for himself and his cat. Most of his life has been spent spiraling through life’s turmoil, unable to change his situation. But it’s been filled with love too, and it’s that discovery that gives NUT the power he needs to escape his prison. In NUT #1 we explore NUT’s origin as well as his rise to power over two stories: “Nut in the Gutter” and “Nut Down the Drain.”

Check out these and more and support some indie comics and creators.

BATMAN: THE WAYNE FAMILY ADVENTURES: The Batfamily Comic We All Know We Need
December 30, 2022