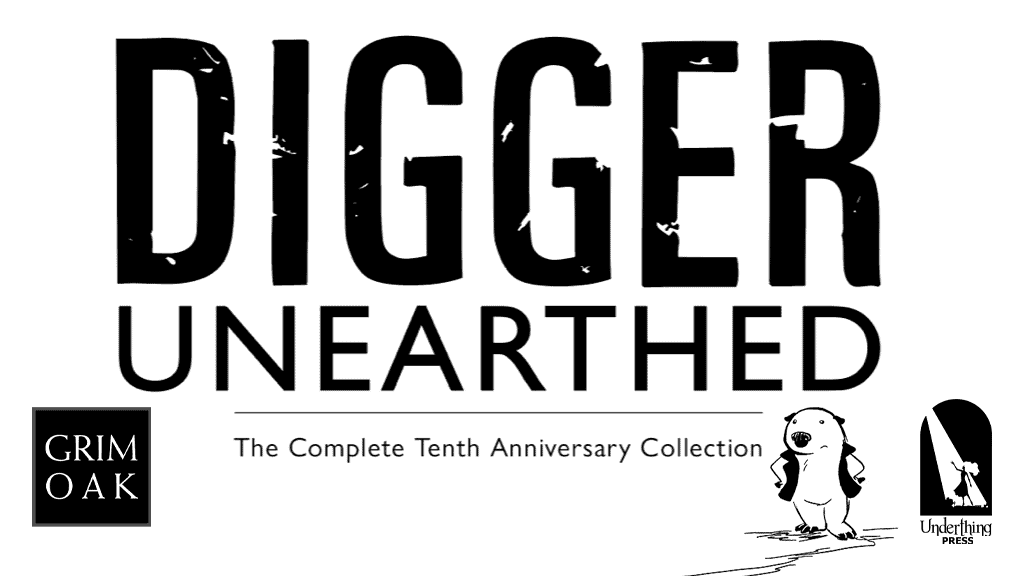 Digger is a story about a wombat. More specifically, it is a story by author and artist Ursula Vernon about a particularly no-nonsense wombat who finds herself stuck on the wrong end of a one-way tunnel in a strange land where nonsense seems to be the specialty. Now, with the help of a talking statue of a god, an outcast hyena, a shadow-being of indeterminate origin, and an oracular slug, she seeks to find out where she is and how to go about getting back to her warren. 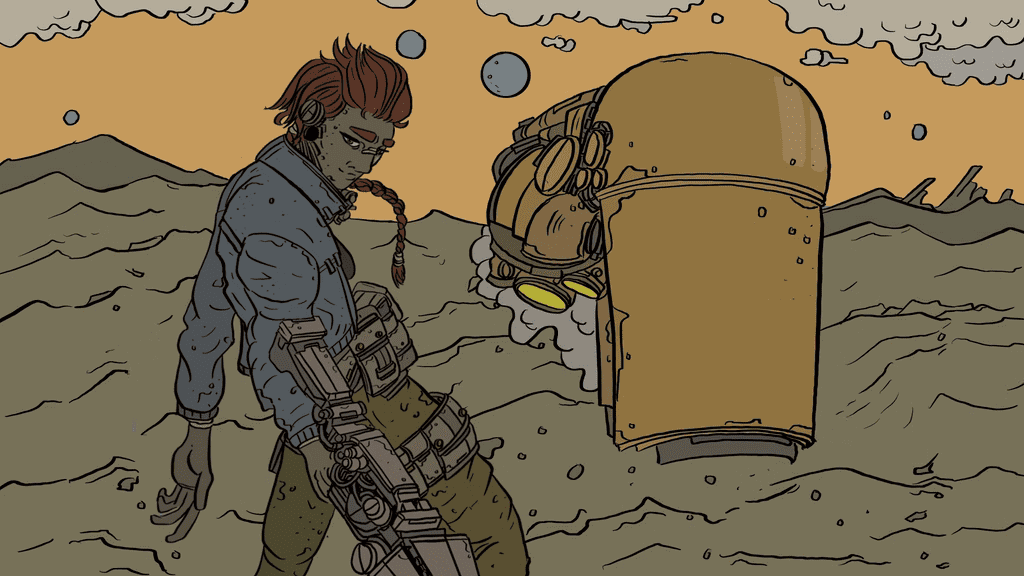 Jooni is an intergalactic bounty hunter. Her mom is her manager. What could go wrong?

Jooni Fringe is an intergalactic bounty hunter whose mother, Tarna, is also her business manager. This dynamic initially served as a survival mechanism, but it has been a long time since either of them have wanted for anything. The life they have made is suddenly put into jeopardy when Tarna’s family puts a bounty on Jooni’s head. A family Jooni has never met. Now, Jooni doesn’t know who she can trust. Not her friends. Not her girlfriend. Not even her mother. 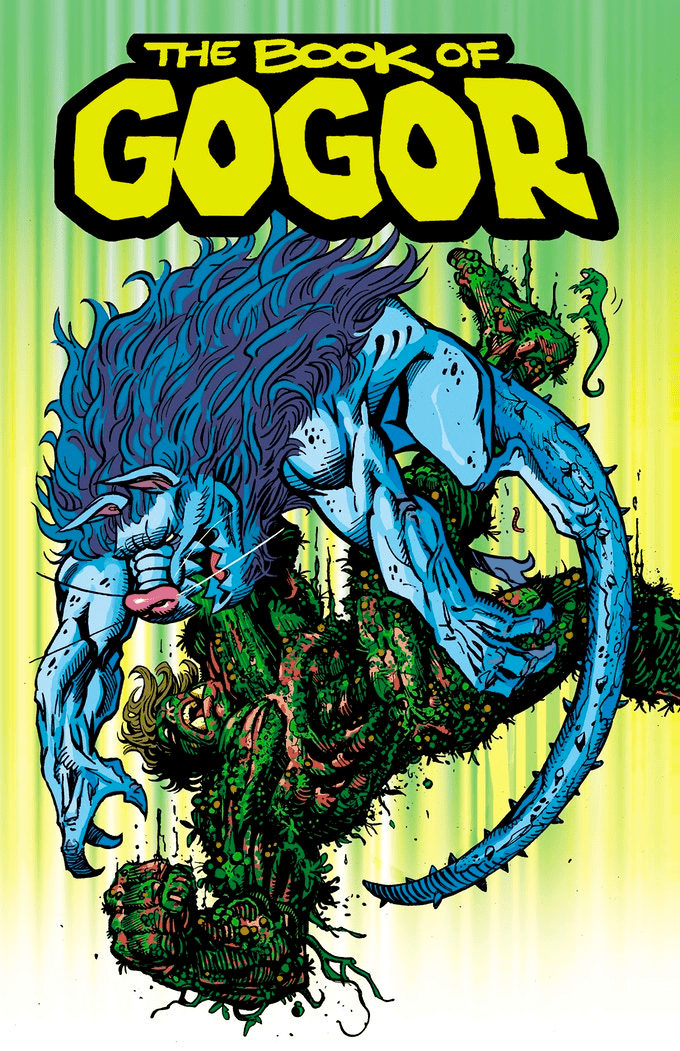 A graphic novel sequel to the fantasy series GOGOR.

Ken Garing here. I write and draw comics. In 2019, my fantasy adventure series GOGOR was published by Image Comics. The series follows the adventures of a boy named Armano who summons the mythical GOGOR to confront the forces of the Domus, a malicious army set on conquering the islands of Altara and conforming its various cultures to their ways.  Aside from the adventure, GOGOR deals in themes of uncertainty, loss, philosophy, and friendship. During its run, the series garnered a surprisingly loyal readership of all ages and strong critical accalim, and was chosen for Polygon’s Best Comics of 2019. I’ve continued to receive requests for more GOGOR and a definitive conclusion to the series, which ended with a few mysteries unsolved… So I’ve decided to take matters into my own hands, and develop a GOGOR followup, THE BOOK OF GOGOR! 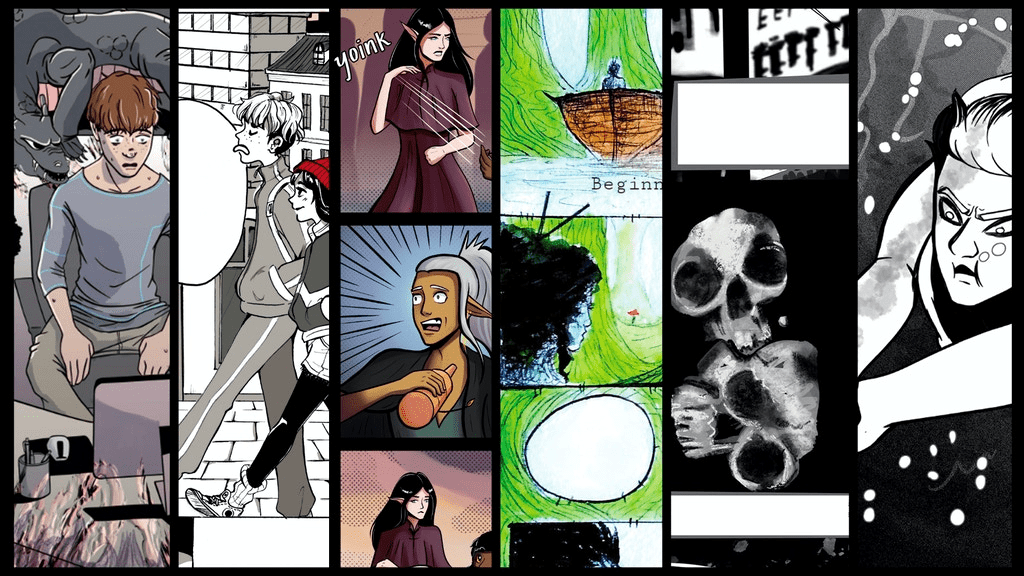 Over 190 pages of comics, made from a unique collection of six full length stories from up-and-coming comic creators!

Debut: An Anthology of Rising Comics Artists aims to give a group of artists the opportunity to be part of a collective of artists gathered in one space to create an anthology of comics, created by themselves and with no restriction on theme or content. The goal is to debut these artists, give them publishing experience, work with a team that supports them and have a printed product of their works. 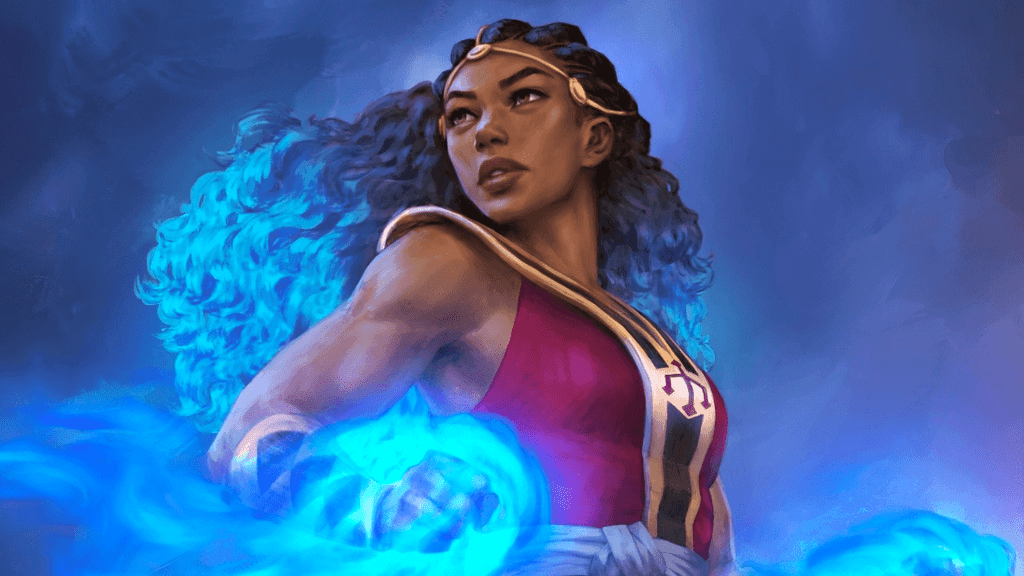 Ringo-nominated comic based on a legendary Ethiopian empire. Created by an all-African team. As seen on BBC, CBR & more!

HAWI is an African fantasy story about learning to trust your gut to overcome great adversity. It follows an Ethiopian immigrant immersed in a quest to find her kidnapped mother in the legendary Axumite Empire! Masked mercenaries, fantastic beasts, new cultures… All just the tip of the iceberg in this epic award-nominated comic series! 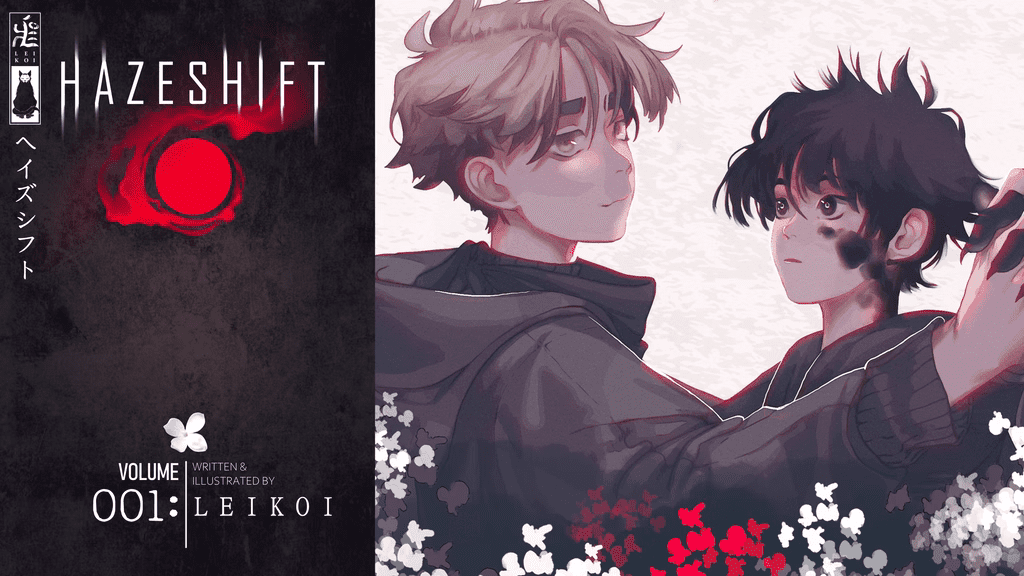 Due in part to the long-past thirrd world war, the air has become a health hazard. Most of the population exposed to the raw environment has been burdened with birth defects. As a result, “safe” cities emerged to protect the genetically normal populace from the since dubbed “Hazeshifts”: plumes of chemical smog that travel with the wind and choke out all those without shelter. Slade, a boy from one of these cities, meets a mysterious boy from the nearby slums during a confrontation incited by his younger brother. Intrigued, Slade returns to the slums to learn more about the mysterious boy. A lifelong friendship is born, but the world has other plans. 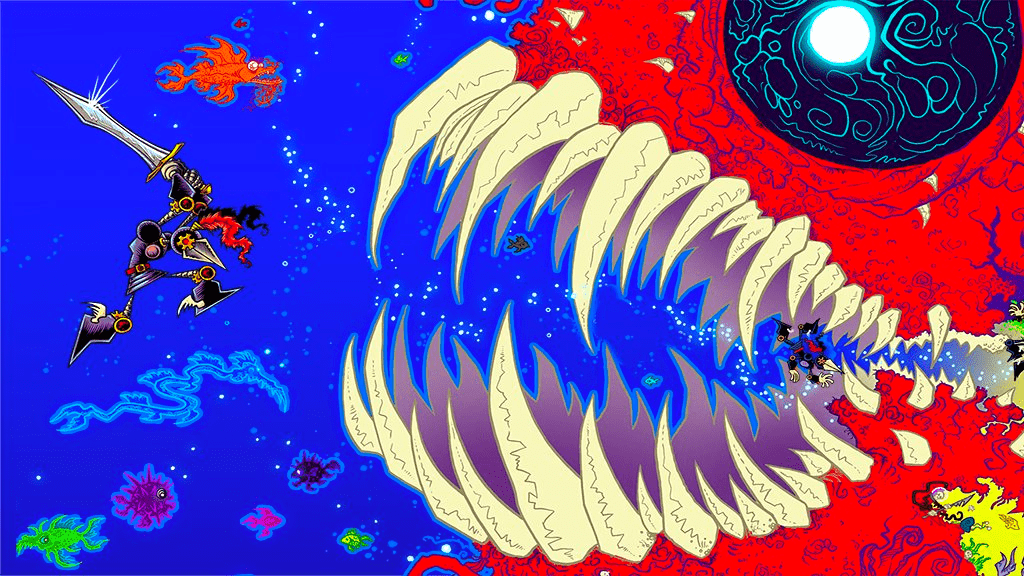 HOOKED is a stand alone comic book featuring Quick the Clockwork Knight. It starts as a 7” x 5” mini comic that you unfold as you read. What starts off as a simple fishing trip, becomes an epic adventure. As the story progresses, the comic gets larger and larger until it becomes an oversized 28” x 20” comic book experience at the climax of the story. 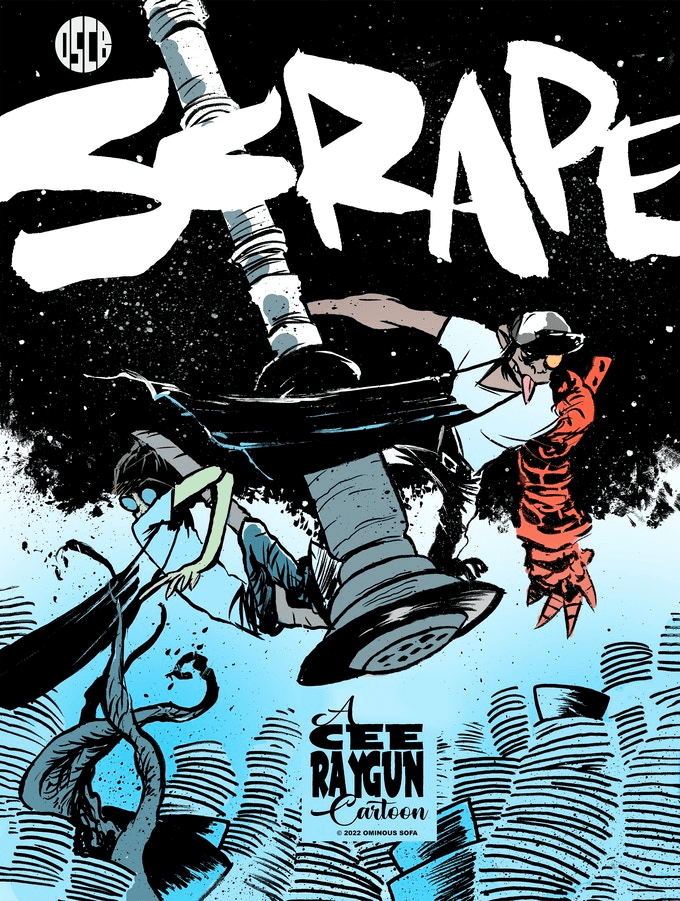 Welcome to the far-flung future, where Earth has scattered to the alien stars, and new-hire Martian kid, Elliot, is about to have his first shift at the most vile and wretched diner in the galaxy…where he’ll deal with an ensemble of the universe’s most eclectic oddballs — none more crazy than his dish-pit coworker, the fun-loving reckless mutant of a man they call Scrape. 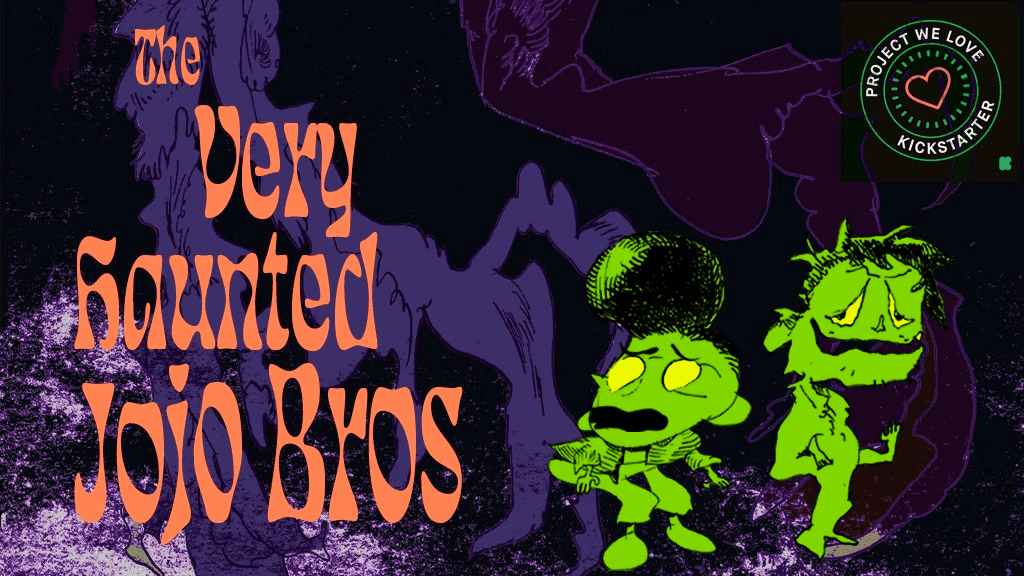 A 90+ page horror-comedy graphic novel! Two thieves on the run, a vampire on the hunt, and the ghosts that haunt them all.

After a hustle-gone-wrong, two-bit criminals Bobo and Jojo find themselves trapped in a castle with a cursed vampire. Stalked across the monster’s topsy-turvy abode, the brothers are haunted by the ghosts of their past and present. If you like Halloween, ghost stories and tricky sibling dynamics — this is the comic for you! You’ll be taken on a cat-and-mouse chase through Count Chuck’s castle, as these two brothers work out their differences and meet the old haunt’s many ghastly residents. Will they make it out together… alive? Who knows, but it’ll be a hoot and a half along the way, so snag your copy to find out!

Producing the End of the World Issue 1 (72 Epic Pages) 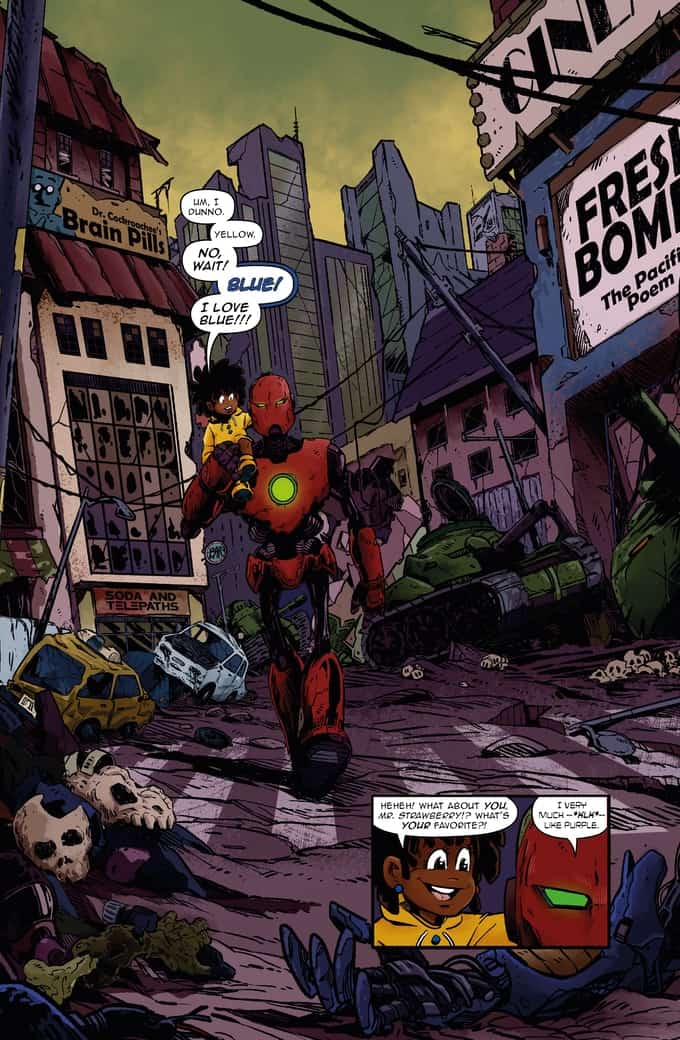 Producing the End of the World is a  72-page, full colour anthology, collecting stories from a diverse group of up-and-coming comics talent. Each story explores a different post-apocalyptic scenario, with focus ranging from the most intimate and human moments to the most epic and awe-inspiring cataclysmic destruction. With so many tales from so many unique voices, we guarantee there is a story for everyone in this world-ending collection.