It’s that time again! Welcome to Comic Watch’s Kickstarter Korner; we hope you will find some great titles to support and help spread the word about these great indie titles and don’t forget to check out our previous posts to see if some of those campaigns are still running: 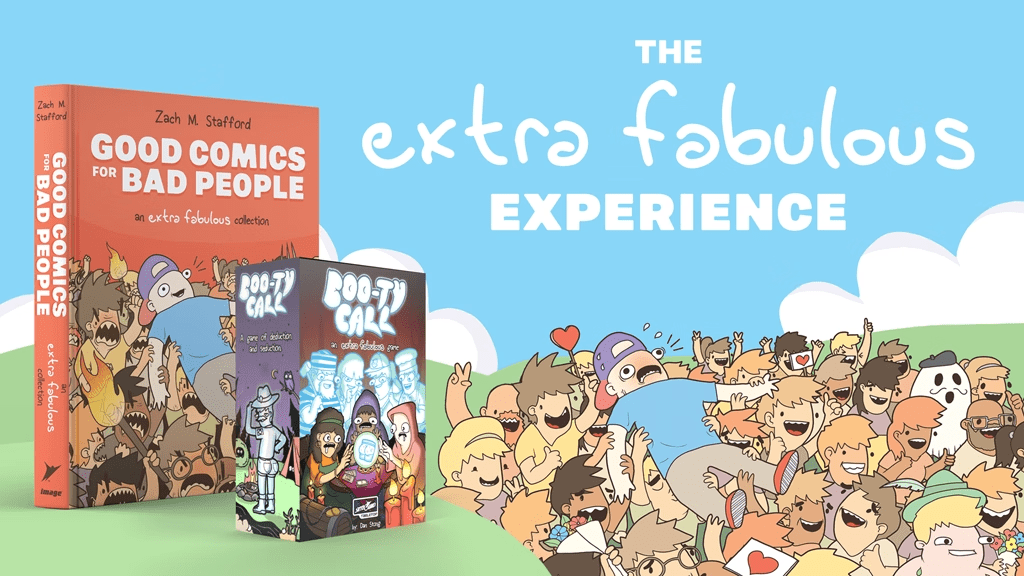 The first book and a new game from the creator of Extra Fabulous, Deogie, and Pervis Comics!

Did I hear you say “Wow, a new book AND a new game. What an Experience?!” Well wouldn’t you know it? This is… The Extra Fabulous Experience! Because there is no better term to describe what you will feel when you are holding the book in one hand, and the game in the other. You will say, “This is an experience.” “How is this possible?” you ask. It isn’t… without a ton of help! Using every one of my wiles, I managed to trick the fine folks at Skybound into doing all the hard work. 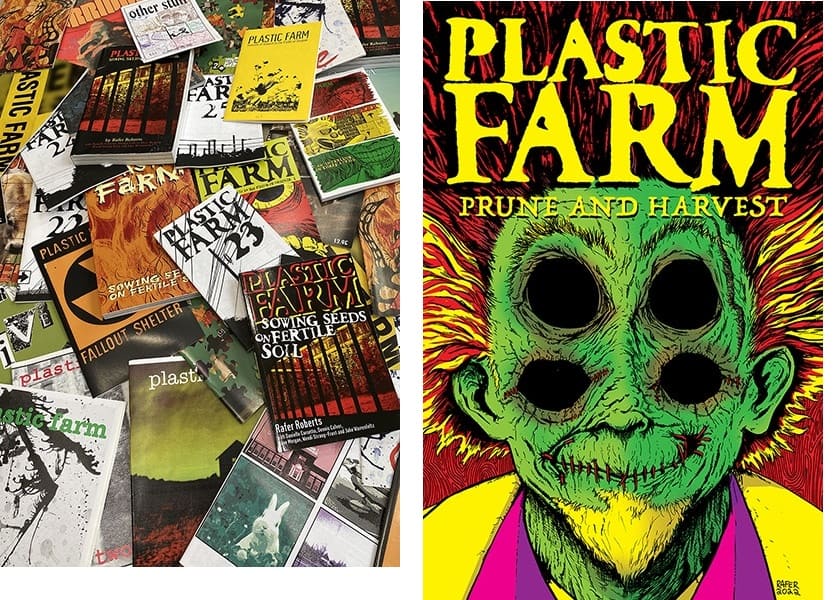 Written and (mostly) drawn by Rafer Roberts, PLASTIC FARM follows the life of a man named Chester, his slow descent into complete insanity, and how that madness reshapes the world around him. Chester had a rough childhood, has a magic cowboy that rides a dinosaur living inside his head, and is now, late in life, sitting in a nameless airport bar telling his life story to a group of people who really couldn’t care less.

PLASTIC FARM in 1999 shortly after graduating college and with no real sense of what it would eventually balloon into. Over the following 15 years, I self-published 25 issues and one original graphic novel, which only represented HALF of what I had planned.

The Dark Side of Purity

by Band of Bards 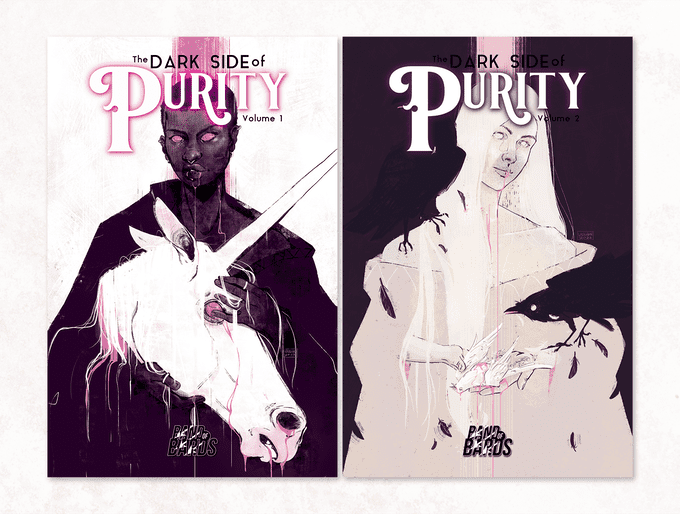 An anti-patriarchy anthology of prose, poetry, & comics taking on the idea of purity from the POV of women & nonbinary creators.

The Dark Side of Purity is an anthology combination of two books: a collection of prose and poetry in one book, with a second book for comics and graphic poetry. These works come from a standout team of women and nonbinary creators from all corners of literature. Inside these pages and panels you will find many different points of view on the traditional values of “purity,” “chastity,” and “womanliness.” These stories and poems shine a light on how society has used Purity Culture as a means of control, and how these creators feel about it. You’ll hear many different voices all lashing out against these tools of oppression and suppression. 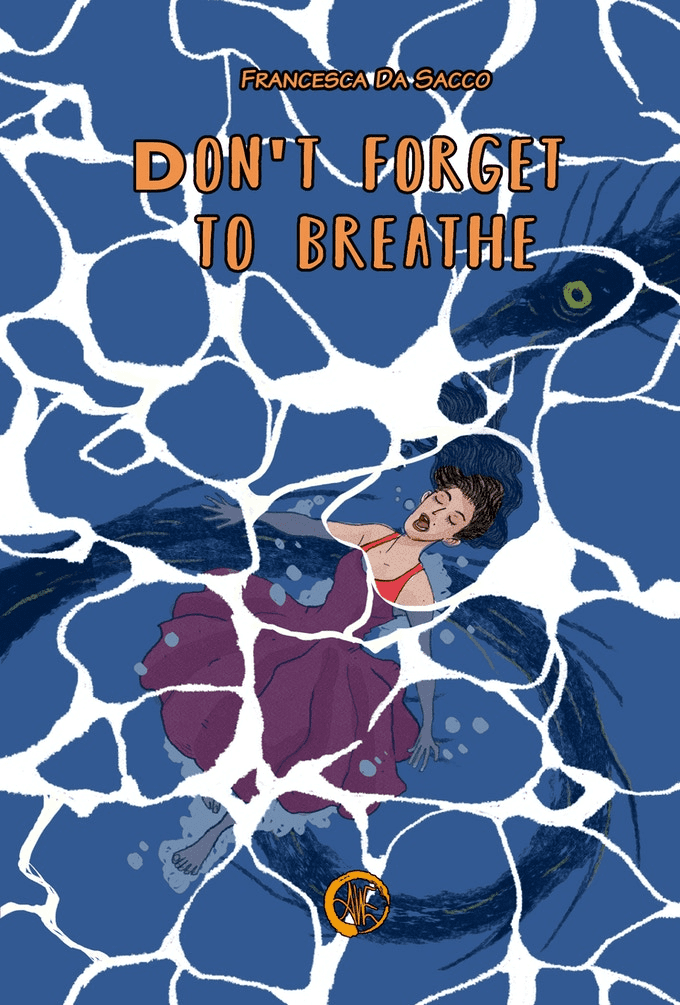 A 200-page graphic novel about a trans girl in search of herself in the mystic island of Chiloé.

Breathing is an automatic act of our body, but who has never experienced being so busy with something, mind and body tensing in achieving a goal or trapped by the anxiety of failing, that they forget to catch their breath? Don’t Forget to Breathe is a call to stop a moment and look around us, to exist in the here and now. We should cease for a few instants to think about what we have done and what we will do. Standing still in time and space, existing only for ourselves, to enjoy the moment, to look at what we have and not at what we lack.

Genesis: Until the Stars Burn Cold 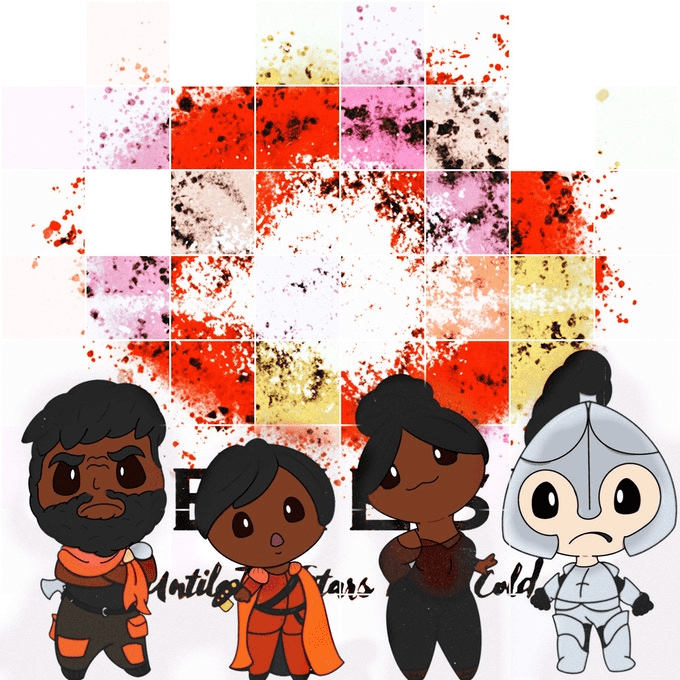 This story explores how trauma can make us remember our past differently, and incidentally we become someone else.

This story explores the important role of love and forgiveness in emotional and mental health. I believe that stories are vital in helping folks, and this is my way of contributing. My hope is that this story touches people the same way stories have touched me in my darkest times — by providing inner strength and a new perspective on life.

Lobo: the Hunted and the Hunter

by Daniel A. Becker 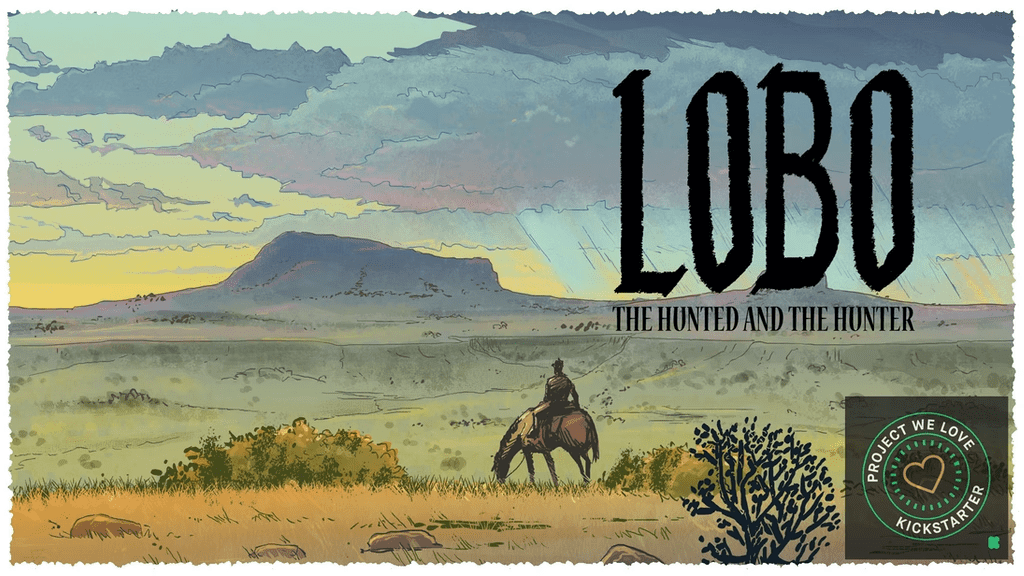 The true story, 65-page graphic novel of a cunning wolf, a tireless hunter, and his legacy of redemption.

United States, 1894. Most wolves in America were facing extermination by ever-expanding human settlers. In the New World, these newcomers made their homes where they pleased.  When food became scarce, wolves were blamed. As wolves dramatically started to disappear from North America, a small pack survived in northeast New Mexico. This pack was led by an infamous wolf, known as Lobo. Lobo’s pack became a scourge to the local ranchers. No matter what they tried, they could not stop the marauding wolves. Ernest Thompson Seton, a skilled artist, naturalist, and expert wolf hunter learned about the large bounty on Lobo’s head. Seton took up the task of hunting the wolf in late 1893, but as he skillfully laid his traps and poisons, he found that he had met his match. But Seton’s experience in New Mexico changes him. He saw a beautiful, wild country rapidly disappearing. He saw Lobo as a symbol of the wild places and animals disappearing from their native habitat, many on the brink of extinction. This would inspire him to help protect the wild places and animals he loved so much, and to inspire others to do the same. 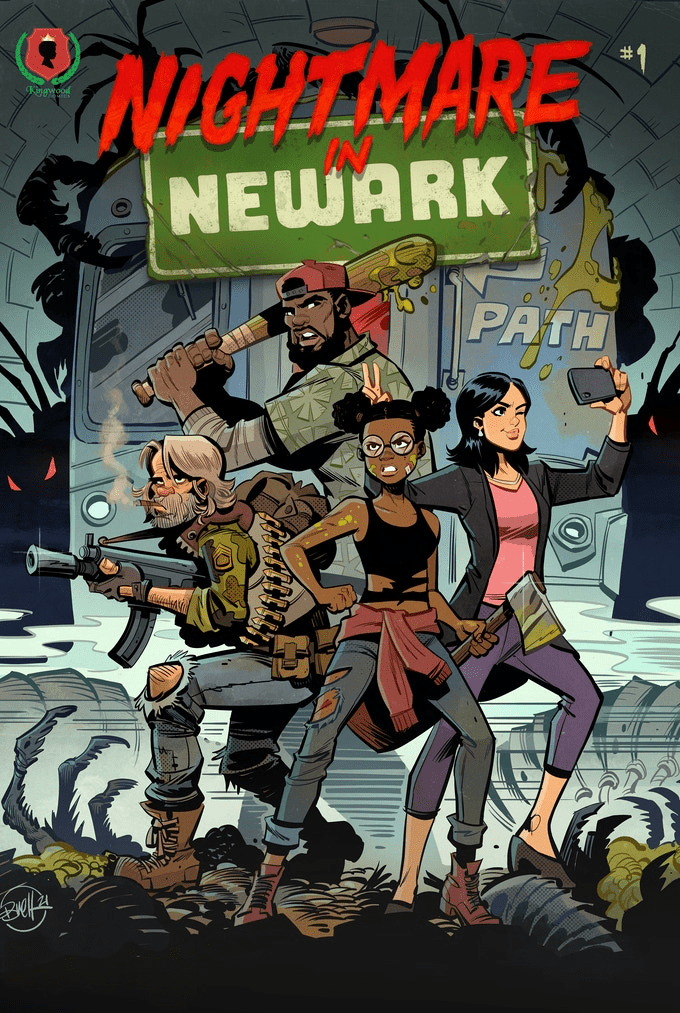 From the creator of HARRIET TUBMAN: DEMON SLAYER comes Issue #1 of the 80-page KICKSTARTER EXCLUSIVE!

On Thanksgiving day, Zoe Alvarez must face her biggest fear… coming out to her parents. But first, she’ll have to survive an alien invasion. In Nightmare In Newark, the irreverence, pacing, and levity of Friday meet the high stakes and scares of Cloverfield!

Phantom of the Opera 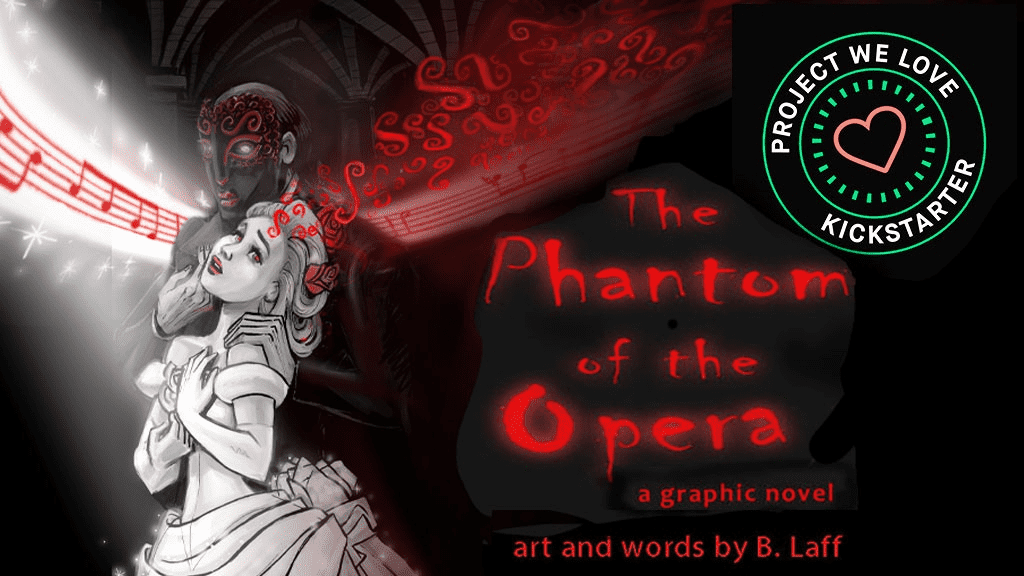 There are a lot of adaptations of Gaston Leroux’s The Phantom of the Opera out there in the world, but almost none of them capture the real story. Important characters and scenes are cut out entirely, and often the story is altered to make it more of a period romance with horror elements rather than a Gothic horror. I did not want to take the same approach as every other adaptation I’ve seen. My book does not romanticize the abuse within Erik and Christine’s relationship; it is presented as it is written by Leroux: a destructive relationship that relies on addiction and abuse to sustain itself, wrapped within the façade of theatre, music, seduction and, of course, gaslighting. 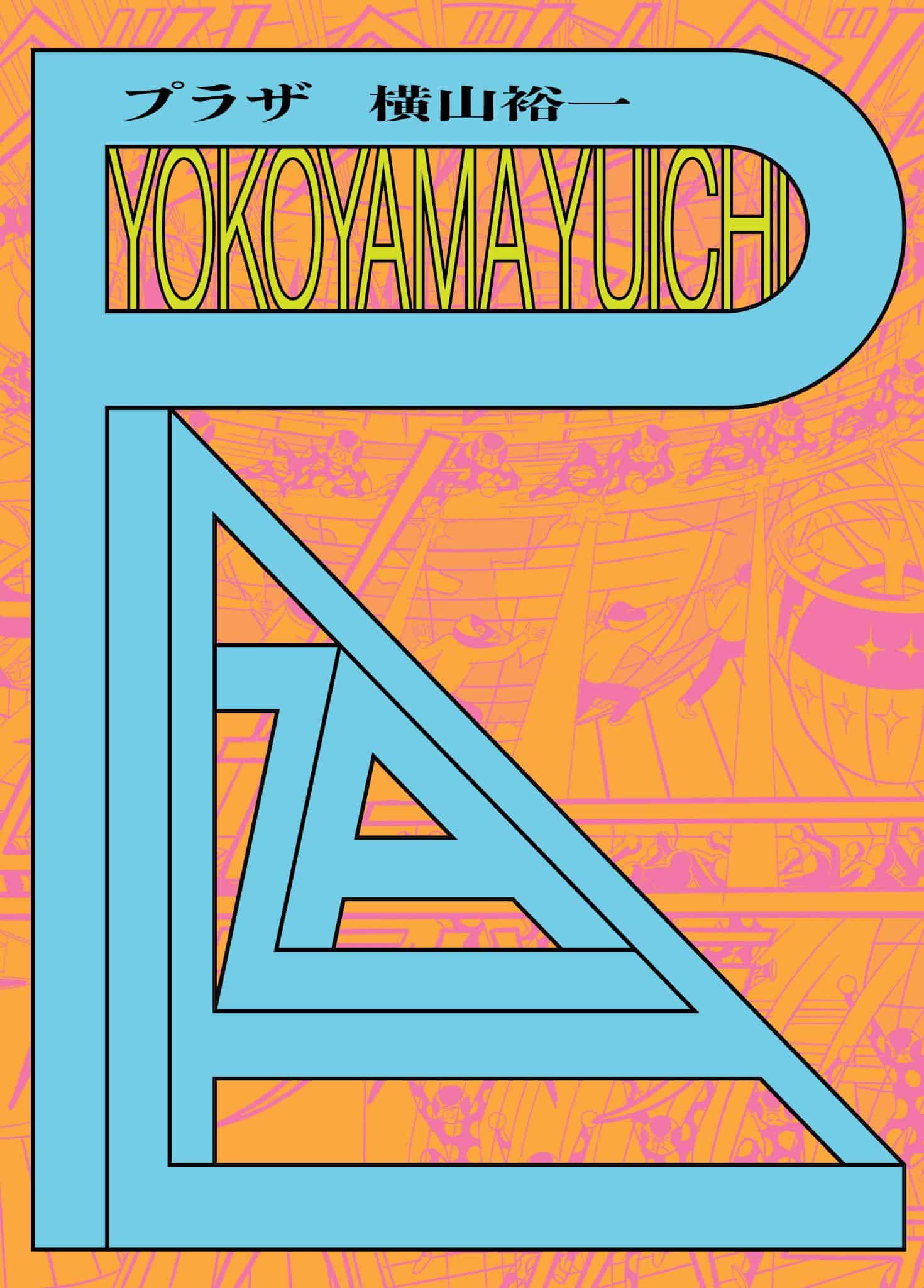 Bigger, bolder, and louder than ever before, neo-manga artist Yokoyama Yuichi is back with the stunning graphic novel PLAZA!

“Art and literature historians of the future will be flabbergasted that Yokoyama Yuichi existed in our time. He is a visionary on the level of William Blake. PLAZA is a parade of invention, set to the beat of turning pages.” — Dash Shaw

Living the Line Books is proud to present the latest and greatest from avant-garde manga artist Yokoyama Yuichi! Bigger, bolder, and louder than ever before, Yuichi is back in English with PLAZA! Inspired by Carnaval in Brazil, PLAZA offers a maniacal extravaganza of marching, dancing, leaping, firing, cheering, smashing, and exploding over the course of 225 eye-and-eardrum-confounding pages. Originally published in Japan in 2019, this oversize English edition of PLAZA brings to full, hyper-animated life the spectacular graphic art of this genre-defying work of avant-garde comics. 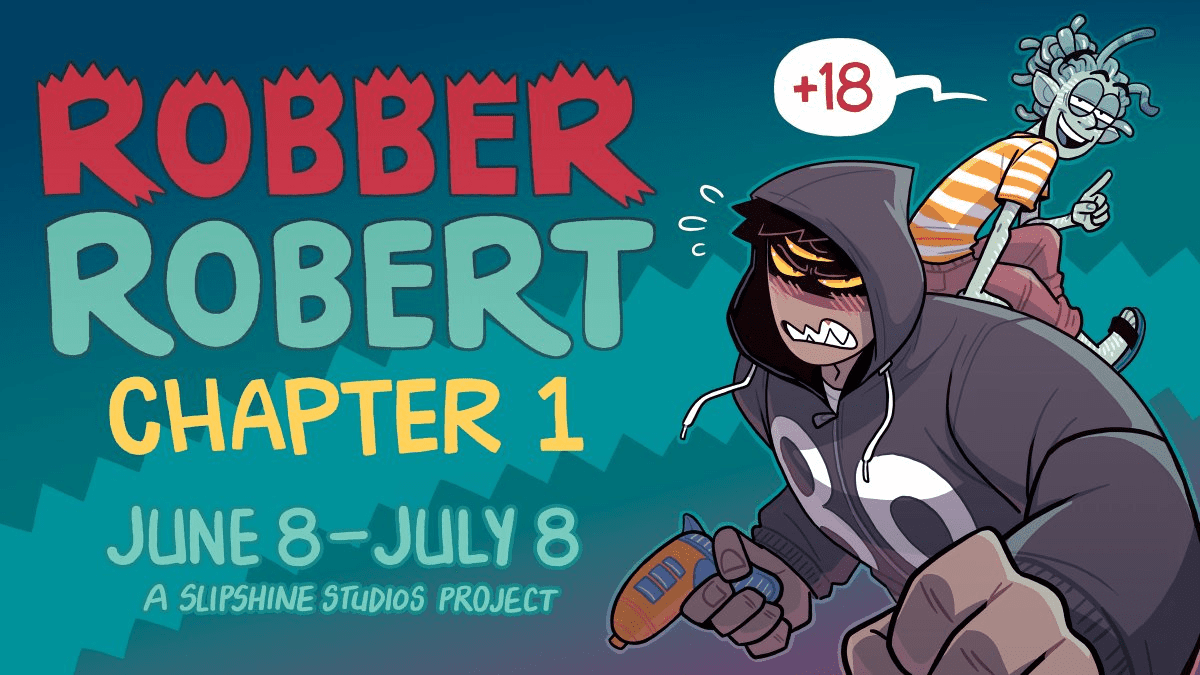 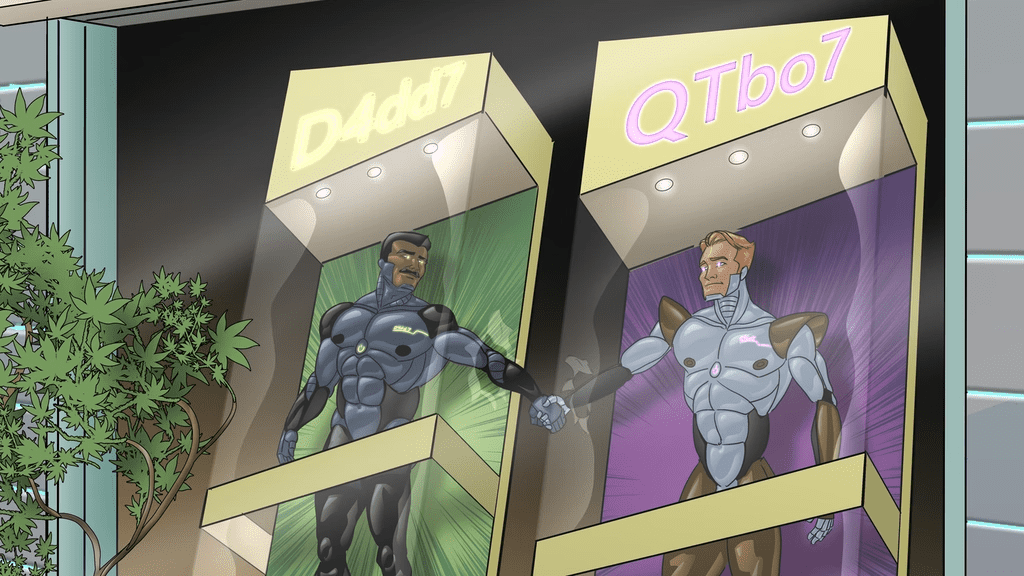 The premier publisher of wordless, gay character-based, sex-positive graphic novels is back for 2022! #smart #wholesome #homosexy

TAPSTUDS adds sci-fi thrills to Sticky Graphic Novels’ brand of carnality and sweetness in three stories: An Earth military envoy and a Space Elizabethan king exchange pleasantries as part of their contractual negotiations, establishing relations through courtly manners…and private ministrations…in “Sexual Diplomacy.” A time-traveller who enjoys men from different cultures and time periods stops in fin de siècle Paris — and a dapper, beardy steampunk scientist shows up in his gaydar. Experimental hypothesis are tested and monocles get popped in “Chronof*c|<1ng”! Two “Love Machines” must be taken to the homoerotic sexbot repairman shop. Why did they stop working? D4dd7 and QTbo7 don’t get from their owners what they really want to go with their sexuality – and can get from each other!