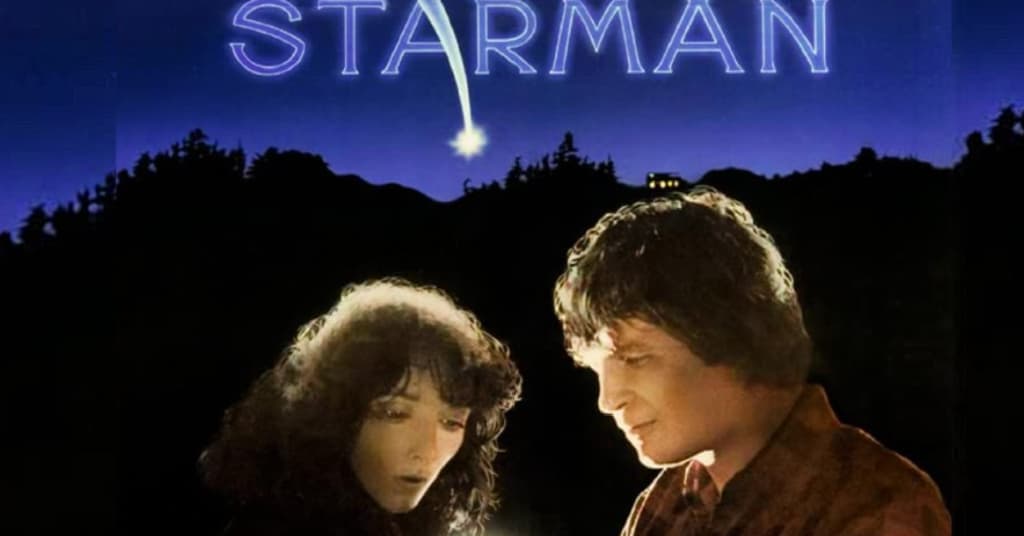 The universe is far too vast to have us inferior life forms as its only occupants. The galaxy hosts an innumerable amount of different species and organisms of all kinds. Isn’t it about time we made contact with beings beyond our world? 1984’s Starman explored what would happen if we sent aliens an invite to Earth.

The film directed by esteemed Sci-Fi and Horror director John Carpenter told the tale of Starman (Jeff Bridges), an alien sent to act on an invitation sent by a space probe from Earth. Starman’s mission was to scout the planet and initiate contact with Earthlings on behalf of his species. Instead of the peaceful red carpet welcome that the Earthlings described in their invitation, Starman’s craft was immediately shot down upon its descent.

The alien crash-lands in rural Wisconsin after being attacked by the United States military. It realized that it would not survive on Earth being seen in its original form (a ball of light) so it decided to assimilate. The alien enters the home of Jenny Hayden(Karen Allen), a young widow who had recently lost her husband Scott. The alien used a strand of Scott’s hair to clone and occupy the form of Jenny’s late husband and convince her to help with its mission.

The alien’s next priority was to rendezvous with his fellow extraterrestrials in Barringer Crater, Arizona. Armed with silver spherical orbs that allowed him to accomplish miraculous acts, the clone of the late Scott Hayden and Jenny Hayden embark on a cross-country journey from Wisconsin to Arizona. Along the way, the two come across many challenges that humanize Starman in the eyes of Jenny. She begins to fall for the alien as the two travel together and flee the authorities.

The alien shows off his superior technology using his small silver orbs to do everything from heal to shield to create holographic maps. The two become so close that they make love (yes this actually happened) and Starman impregnates the formerly sterile Jenny giving her the child she could have never had with her late husband 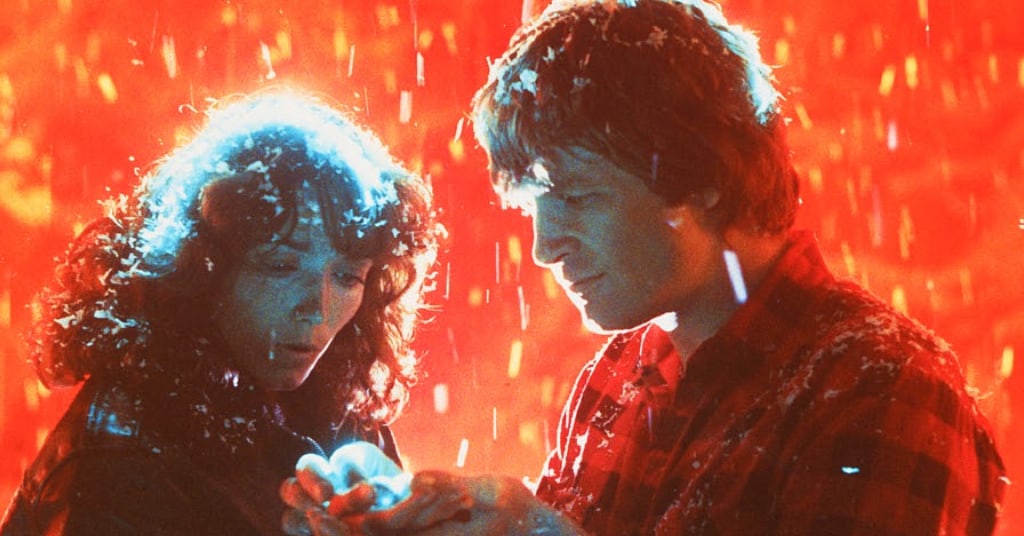 Starman is eventually able to evade the authorities by being beamed up to a UFO at the rendezvous point, leaving Jenny, and Earth behind forever… or so we thought. Starman returned to Earth in a Starman series. John Carpenter and Jeff Bridges both received Academy Award nominations after the film’s debut. It was not a huge financial success but the film left a lasting impression and cemented John Carpenter as a legendary director during a challenging time in his career.

Rotten Tomatoes scored the film an 85% amongst critics and a 70% amongst audiences. Starman is a unique Alien film because how often does an alien (that isn’t Superman) get romantically involved with a leading lady? Jeff Bridges is no E.T. but the idea of the ball of light inhabiting the clone of a woman’s dead husband then reproducing with her is less than pleasant in my opinion. Starman is a Sci-Fi alien flick that becomes somewhat of a Rom-Com as Starman gets acclimated to Earth (and really acclimated to its women apparently). 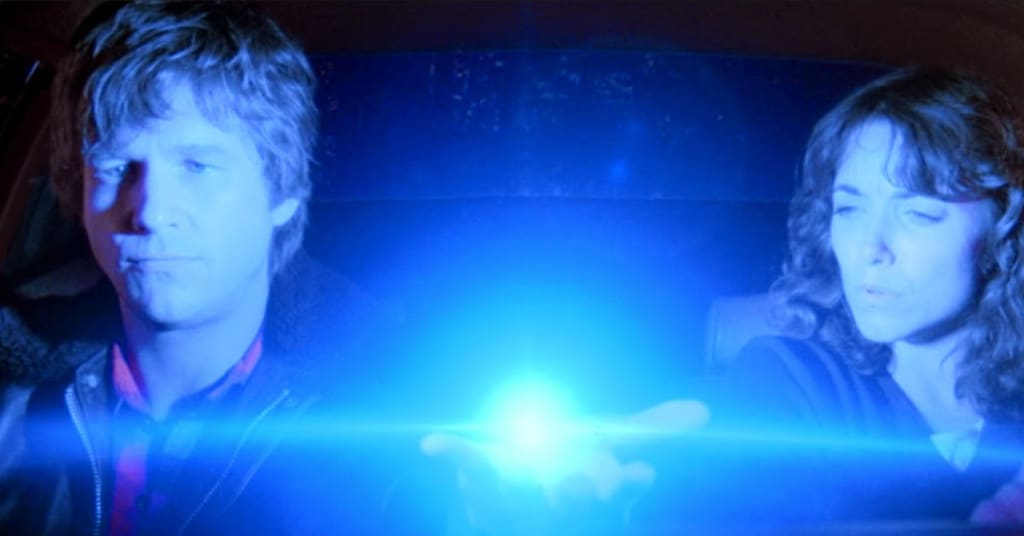 Starman has all the classic elements of an alien film. It’s got the tech, the mystery, the strangeness but then director John Carpenter throws audiences for a loop by humanizing the foreign ball of light using some laughs, a heartwarming moment or two, and the great skin (pun intended) of Jeff Bridges. Bridges brilliantly portrays one who is not of this world. If you’re looking for screams, weird appendages, slime, and grotesque aliens this isn’t for you. Starman is a romance that is out of this world accessorized by the accouterments of an alien film.

ATOMIC VICTORY SQUAD #5: This is Not the End but the Beginning (Spoiler-free Review)
May 22, 2021