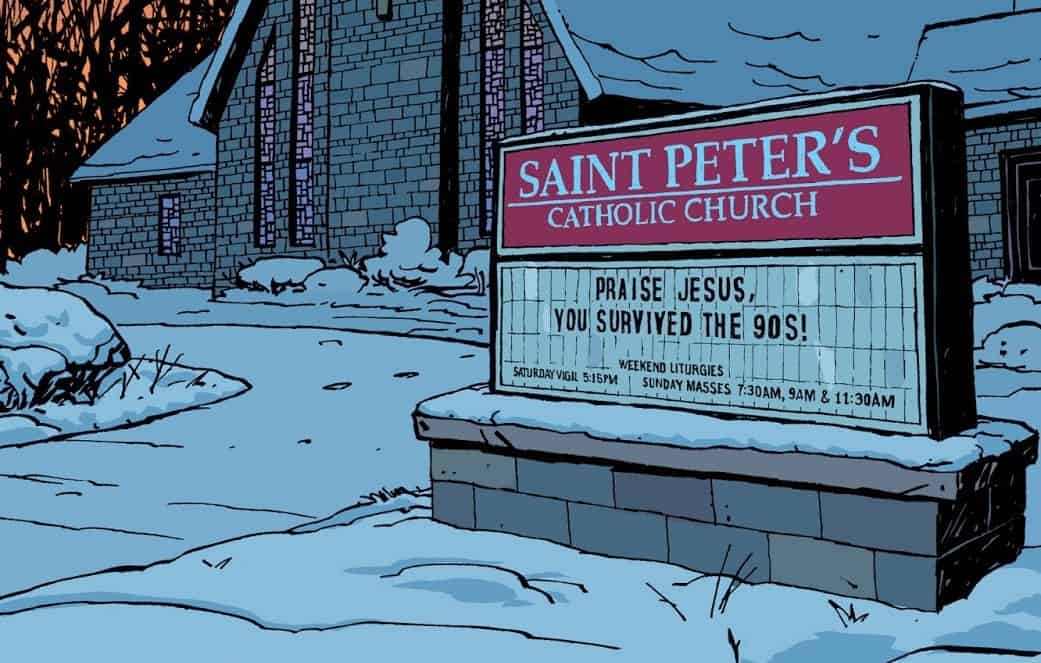 With their time-displaced pursuers shot by a very cranky cartoonist, the gang is left wondering what happened to Future Tiffany’s husband Chris. Also, why are robots stomping around like crazy? Potentially find out in this issue! 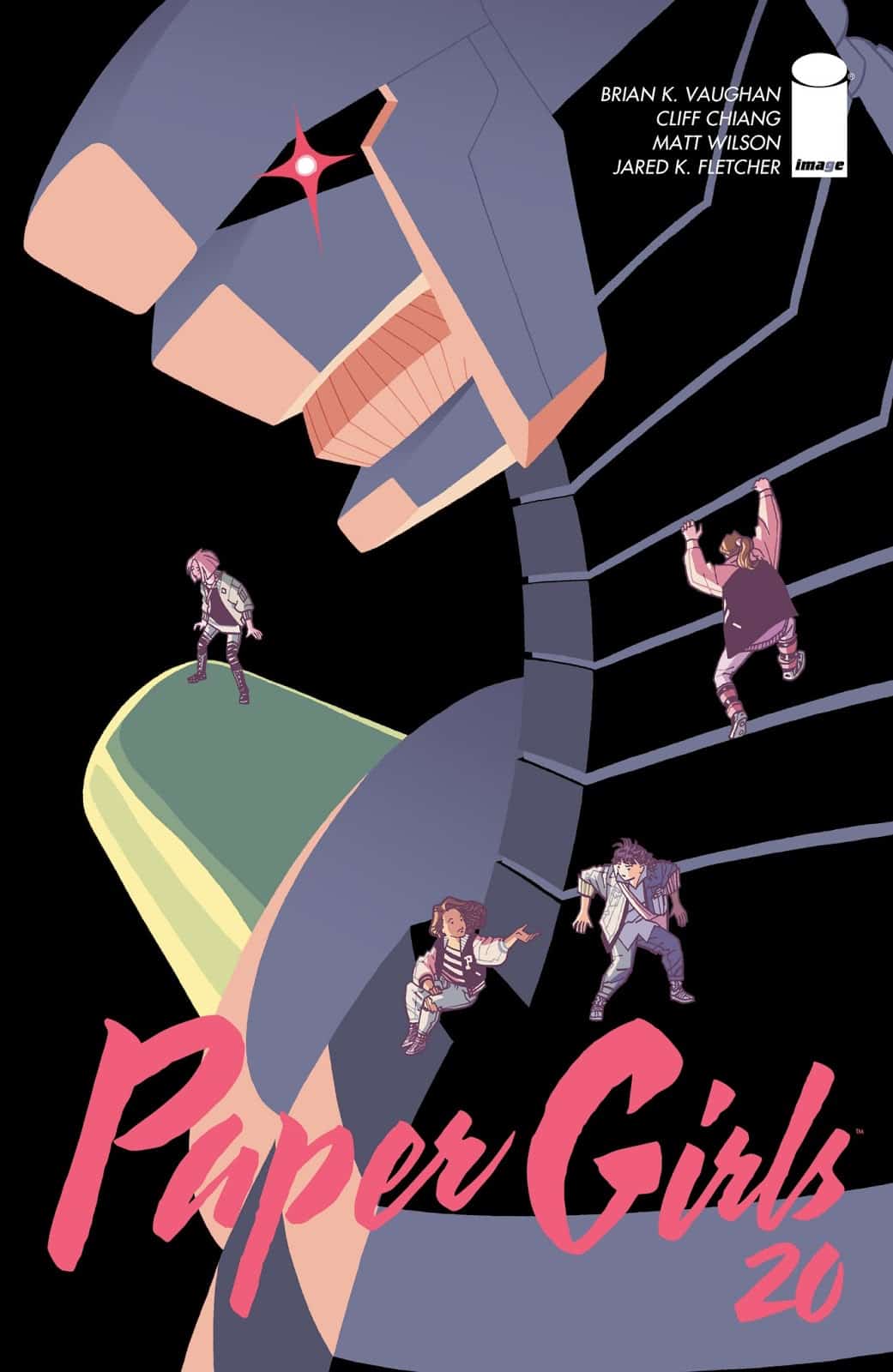 Stuck in the year 2000, Tiffany reunites with the rest of the girls and meets her future self and her husband. They decide to hide out in the church and form a plan, but they are interrupted by time-traveling assailants. It looks like the end, but out of nowhere the cartoonist who has been chasing them shoots the time travelers and holds them at gunpoint.

Standing in the burning church, The Cartoonist tells the girls to come with her. The shock of seeing Chris, Future Tiffany’s husband, being vaporized leaves everyone stunned. The Cartoonist reveals that he was not killed, merely displaced. The future soldier’s job is returning people to their proper timeline and wiping their memories. As she’s telling them this, one of the presumed dead soldiers burns her alive, rather than displacing her. Tiffany kicks the soldier in the head, knocks him out, and takes his incinerator staff. They leave the church to find one of the abandoned robots to take back to their own time, 1988. With Chris gone and afraid of having her mind wiped, future Tiffany decides to come with them to the past. As they get in, they alert Grandfather, and he sends another giant robot after them. They use the robot to jump in time and escape but accidentally find themselves even further in the future. 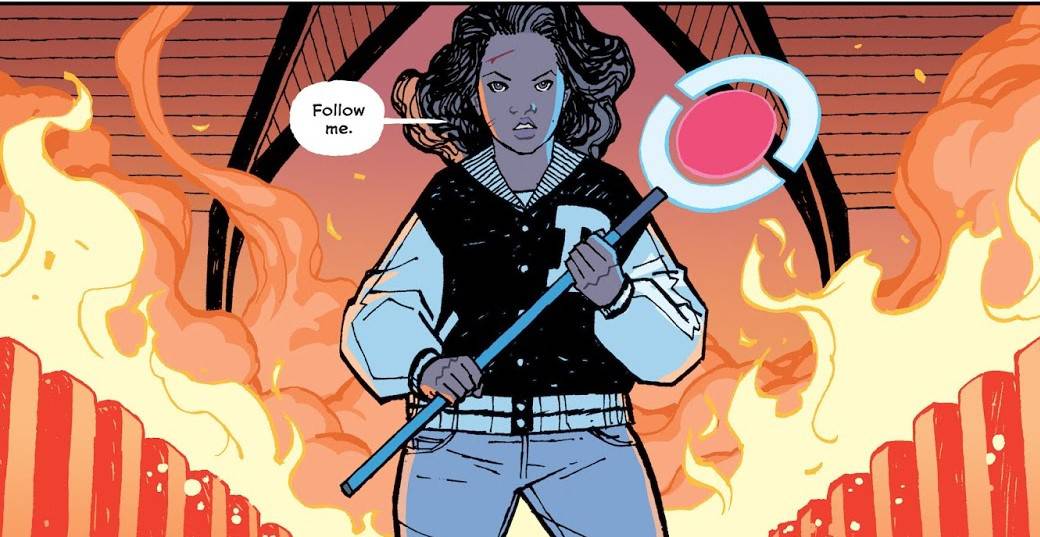 I’m very interested to learn more about Grandfather. Every time it seems to get closer, something stops that from happening, which furthers the mystery and leaves me wanting more. With the gang going into the future, presumably his time period, maybe we’ll get more of that. 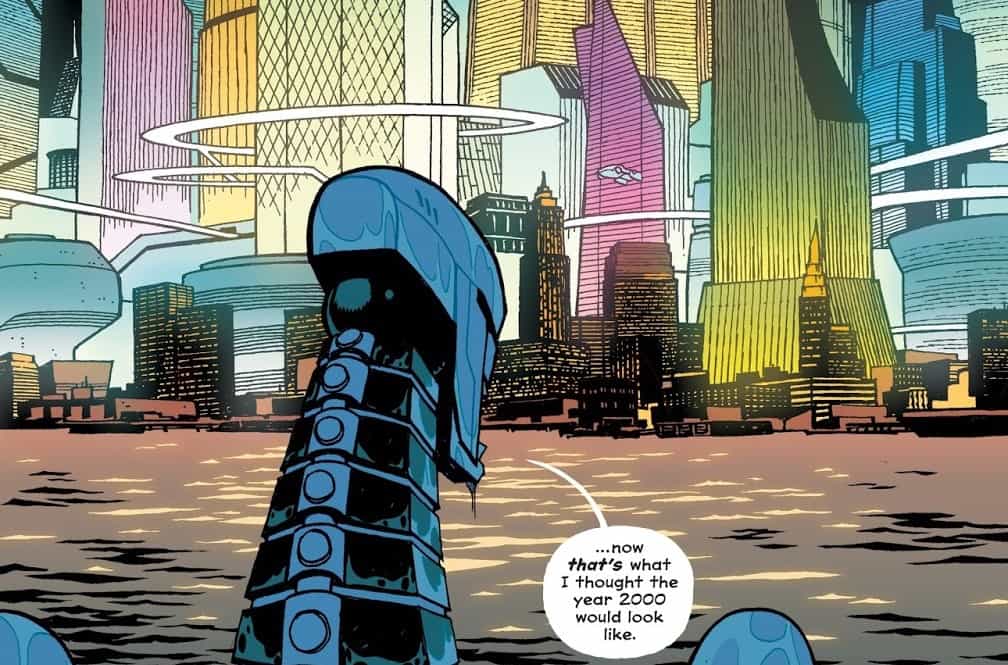 In this series, I wouldn’t say there are ever really filler issues. While this one isn’t as full of twists and turns and the like, the big reveal at the end is certainly a big one. There is a lot of nice character development and a further glimpse into the future people. All in all, this was a good issue that does what most Brian K Vaughn titles do, suck me in and leave me wanting more.

Final Thoughts: While not the most action-packed or plot heavy issue, this one was full of nice character moments and ends with a fun reveal. Like most issues of this, I don’t feel like I have the full picture, but I’m not supposed to, which gives the series a good air of mystery. I can’t wait to see what is next!