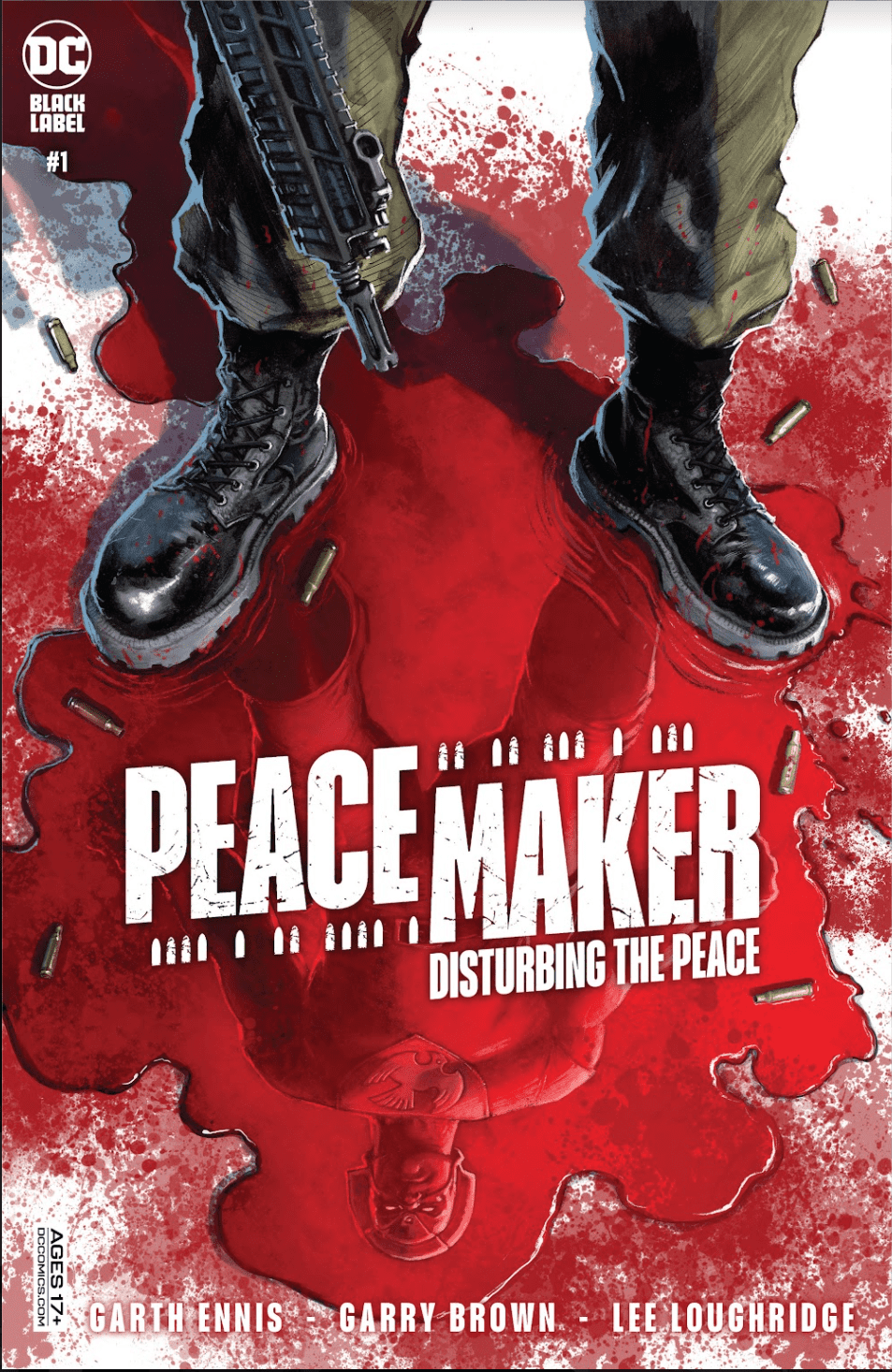 Who is Peacemaker and what makes him tick?

The answers are not for the faint-hearted...

Peacemaker: Disturbing the Peace #1 might seem a little foreign to fans of the eponymous HBO Max show or The Suicide Squad. After all, there’s no John Cena, no weird-shaped helmet (except on the cover, anyway), and zero humor. It’s not a stretch to say that Disturbing the Peace is, in fact, the diametric opposite of the hit show – but that’s a good thing!

In truth, Disturbing the Peace is a lot closer to comics’ original vision for the character and how he evolved over the decades than his film counterpart. Sure, it’s dark AF, but it gets to his “peace at any cost” ethos a lot more convincingly than Cena’s version of the character has. What drives Peacemaker? What forces shaped his extreme black-and-white vision of the world? Since this is a Garth Ennis, comic, the answer, unsurprisingly, is “really f—-d up ones.”

Ennis, of course, has zero compunctions leaning into dark territory like this. The man made his career on Hellblazer, Preacher, Hitman, Punisher MAX, The Boys, and so many more classic comics that don’t just tread on the dark side but gleefully stomp all over it. Honestly, I’d be disappointed if this comic weren’t written by Ennis.

The set-up is classic Ennis (perhaps to a bit of a fault, in all honesty): Peacemaker sits with a government-mandated psychiatrist, and tells his story. He unspools his unsavory and unsettling past with a cool detachment, while the psychiatrist slowly becomes more and more horrified by what she learns. And what a story it is! Death is everywhere, to nobody’s surprise. I’m not entirely convinced by the end of the tale that this Black Label R-rated version of Peacemaker’s origin entirely makes the case for his rigid code of morality, but it’s a fun trip nonetheless. I’d love to see a Black Label miniseries by Ennis spin out of this at some point.

The art by Garry Brown has a very strong Cowan/Sienkiewicz vibe to it, complementing Ennis’ dark tale perfectly. The only real complaint I have is that his characters are frequently a bit stiff. That’s deliberate where Peacemaker is concerned, but the attempt at blocking for others doesn’t quite land like it’s intended to. Regardless, though, I remain convinced that Brown’s rough style, bolstered by Lee Loughridge’s muted color palette, is exactly what Disturbing the Peace called for.

Now that Peacemaker is a bonafide star, there’s an open-ended question for DC: what to do with him now? He’s part of the current Suicide Squad ensemble on one end of things, and starring in explicitly adult-oriented one-shots like this one on the other. There’s a real opportunity to be had for a writer like Garth Ennis to meet in the middle of those two extremes and deliver an ongoing series that’s tonally like his classic Hitman series. DC, if you’re listening… make it so!

Peacemaker: Disturbing the Peace #1 is disturbing indeed and not for the fainthearted! Explore what makes this breakout star tick in this dark one-shot that's not to be missed!