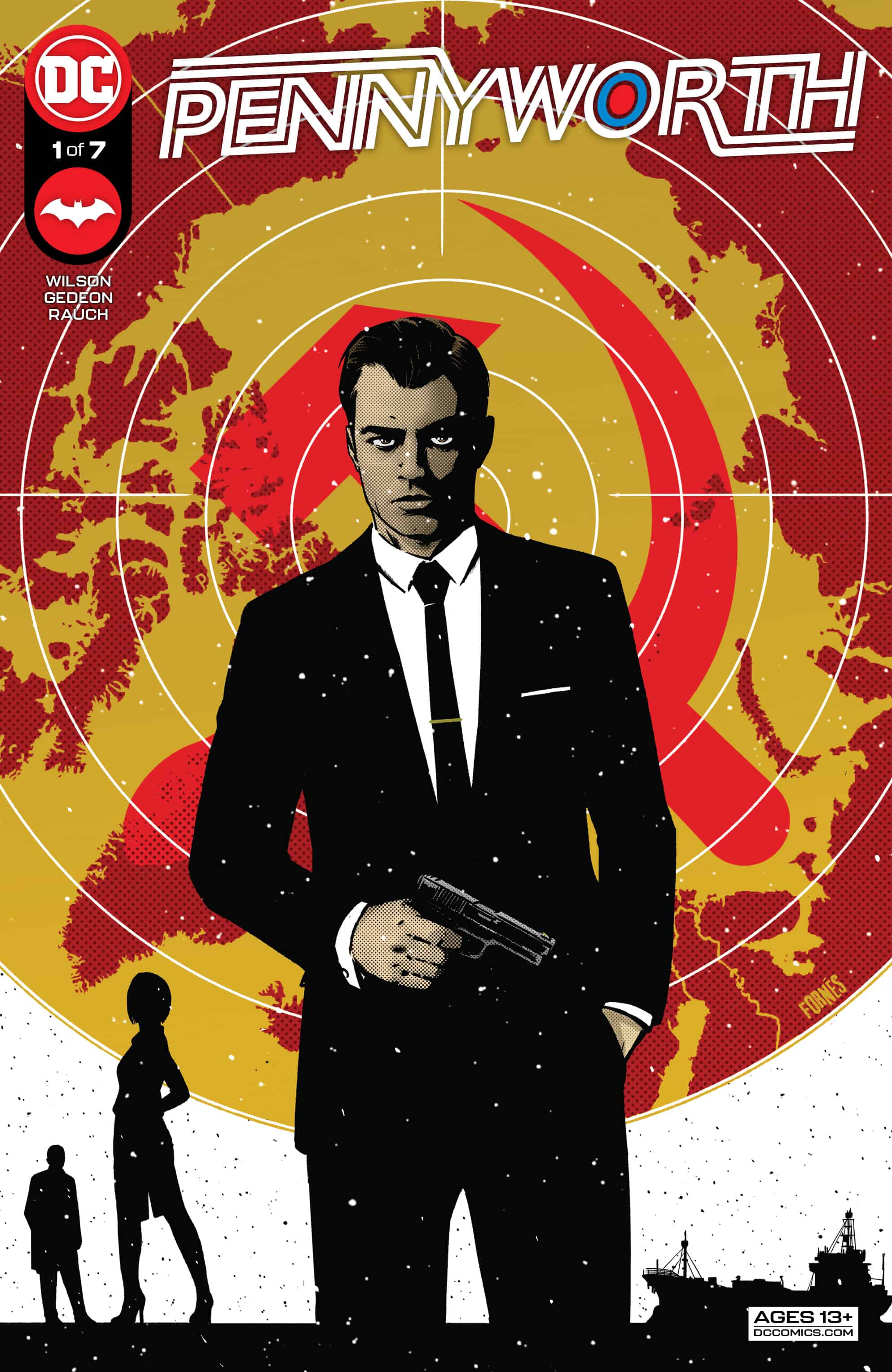 Spanning the years between the hit TV show and today, Pennyworth tells the continuing adventures of Alfred Pennyworth as an MI6 counterintelligence agent - this time in Cold War-era Soviet Russia. When Alfred and his partner receive intelligence that nuclear weapons are being manufactured near the Arctic Circle, they’re off to infiltrate the remote military base to learn more. But things don’t go exactly as planned, and the ramifications of this mission may be more far-reaching than anyone could have guessed, as our present-day butler gets dragged back into his past... 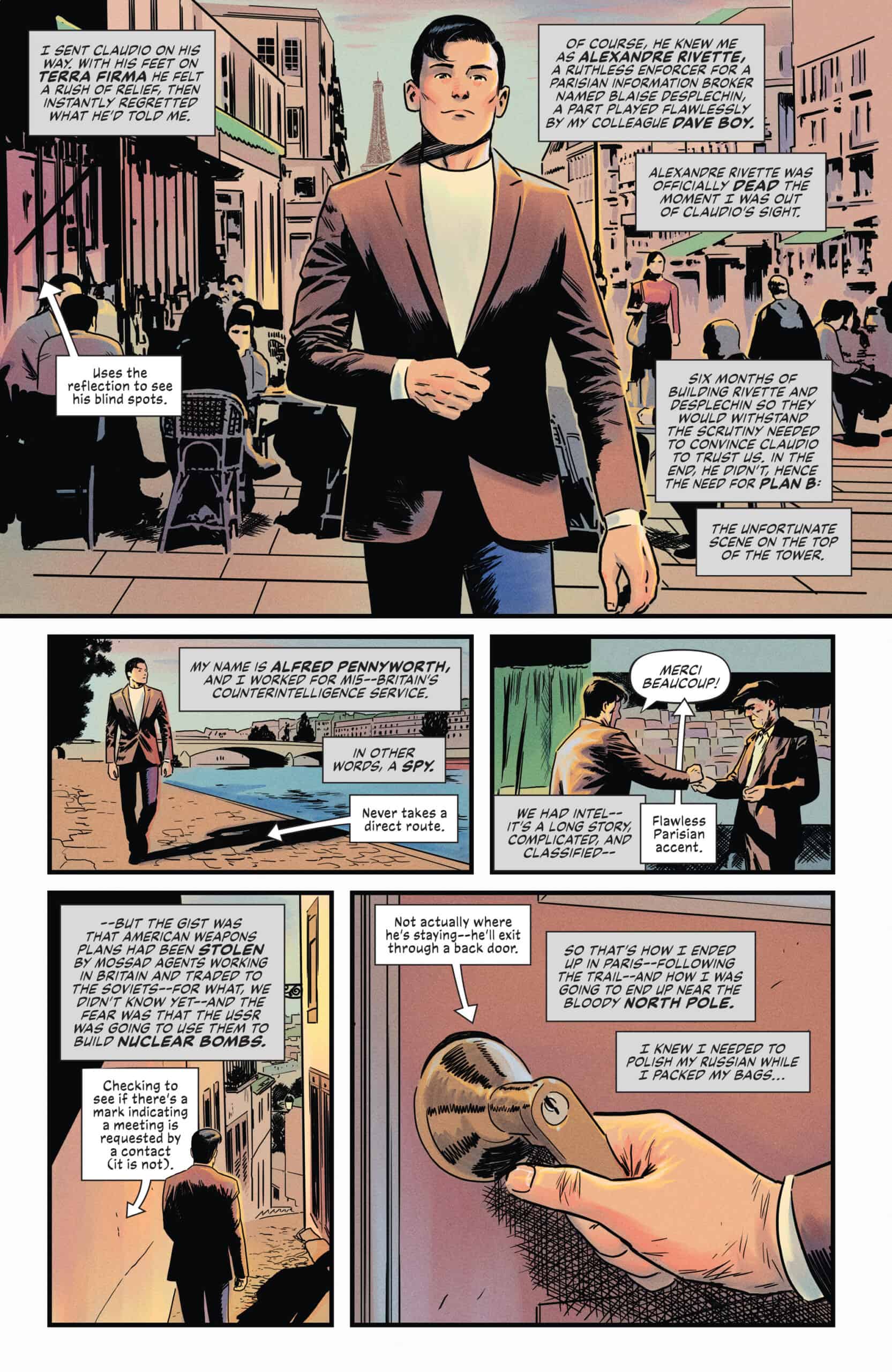 Pennyworth #1 delivers a multi-faceted spy-thriller than spans three separate time periods while promising to unite those times into a single, cohesive narrative. From the jump, this book does a solid job capturing an Alfred Pennyworth that feels like the one fans have grown to love while giving those same fans new dimensions of him. Of course, in the current timeline, Alfred is dead so that leaves the timeline here a bit fuzzy but that sense of disconnection seems to be a deliberate strategy by DC Comics in recent months so it is less jarring as it feels more like the new normal. 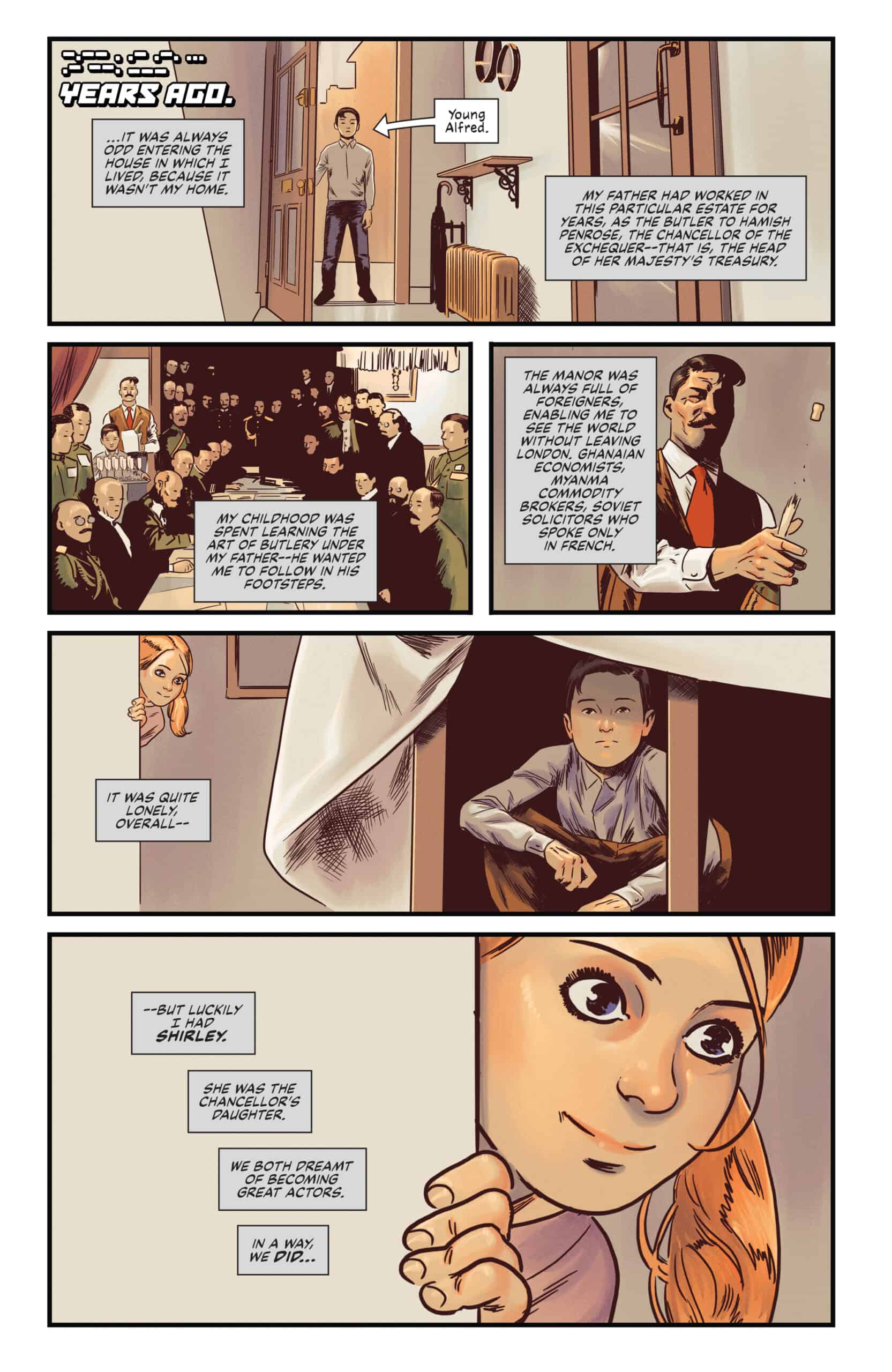 Gedeon’s artwork in this book varies in style drastically from the past to the “present.” For child and young adult Pennyworth, Gedeon deploys a clean, crisp style filled with muted but almost pastel color palates provided by Rauch. These sequences keep the book from diving too deep into a dark and gritty spy thriller and instead give the book an unexpected lightness that plays well with the development of the relationship between Shirley and Alfred (see above page). The third period of the book – the “present – ” features a far darker, grittier, almost Alex Maleev-ian style that produces more of a sense of dread than the rest of the book. It creates a fascinating tension between past and “present” that pulls the reader in many directions.

I would be remiss to not mention that this narrative is exceptionally expository. Letterer DC Hopkins put in a lot of work on this book thanks to many text walls and expo dumps, and did a fantastic job of placing these numerous text boxes to avoid impacting the art in a negative way. Unfortunately, though, the exposition messes with the pacing of the book, slowing it down too far and negating a lot of the sense of thrill. It’s not enough to bar me from recommending the book but enough that it must be noted.

Pennyworth #1 is an intriguing look at the character through multiple points in his life and despite some narrative flaws, is still a stunning start to what should be a very cool miniseries.