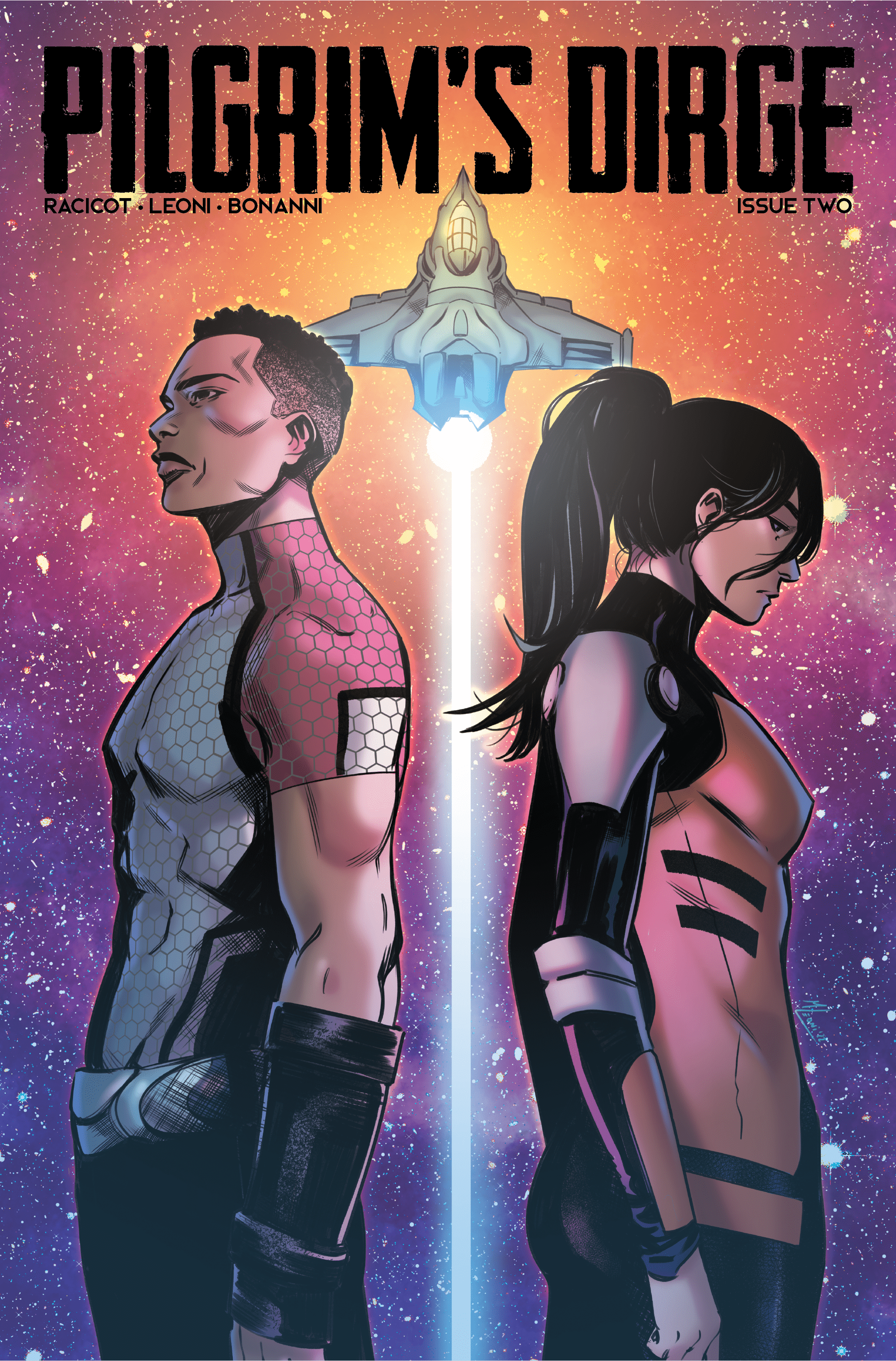 Big ships, big weapons, and big evils waiting to be awakened and slain. All in a day's work, right?

PILGRIM’S DIRGE #2  is a dystopian sci-fi adventure story that feels as if Denis Villeneuve is directing the latest installment of the Metroid saga, and I’m absolutely here for it! About a week ago, Toben Racicot reached out and inquired about me reviewing PILGRIM’S DIRGE #2. I remember his work on SIDEQUEST, another great Kickstarter title. I immediately jumped on it as I enjoyed his work on the aforementioned title, so this was a no-brainer to me. And I’m glad I did!

The ability to include classic tropes with little tweaks and turns can get jumbled, and sometimes it just doesn’t work, but with PILGRIM’S DIRGE, the recipe that Toben and company are working with is a five-star delight. The storytelling is complex but not so much that you feel you need blueprints to get to the end. With this being a spoiler-free review, I don’t want to give too much away, but the character development is really solid in issue #2, as is the world-building. We haven’t even gotten to some of the heavier subjects of the book, which touches on the personal struggle to discover your true role in the world without sacrificing who you really are or the phenomenal ending when Orin starts to figure things out. The perfect ending that makes you wanna scream because you have to wait for issue #3!

Along for the ride with Toben’s great-paced and intriguing storytelling (and lettering) are Matteo Leoni (art), Martina Bonanni (colorist), and what a ride it is. As I’ve said in reviews before, I adore when I can be placed in the story, grab on to what the characters are saying, and become one with the story. It’s an entirely different experience when the art and layout add to that great vibe of the book. The writing, art, and layout gel better than a can of hair spray at a Motley Crue concert in 1989. All corny jokes aside, PILGRIM’S DIRGE is super fun and pays great service to sci-fans across the genre; I can’t wait to see where Orin’s story takes us.

Another glaring example that fun stories don’t always sit on the shelves. PILGRIM’S DIRGE deserves a spot in your long boxes. Head on over to (link) and reserve a copy of #1 and #2. You can thank me later!