Planet of the Nerds #2 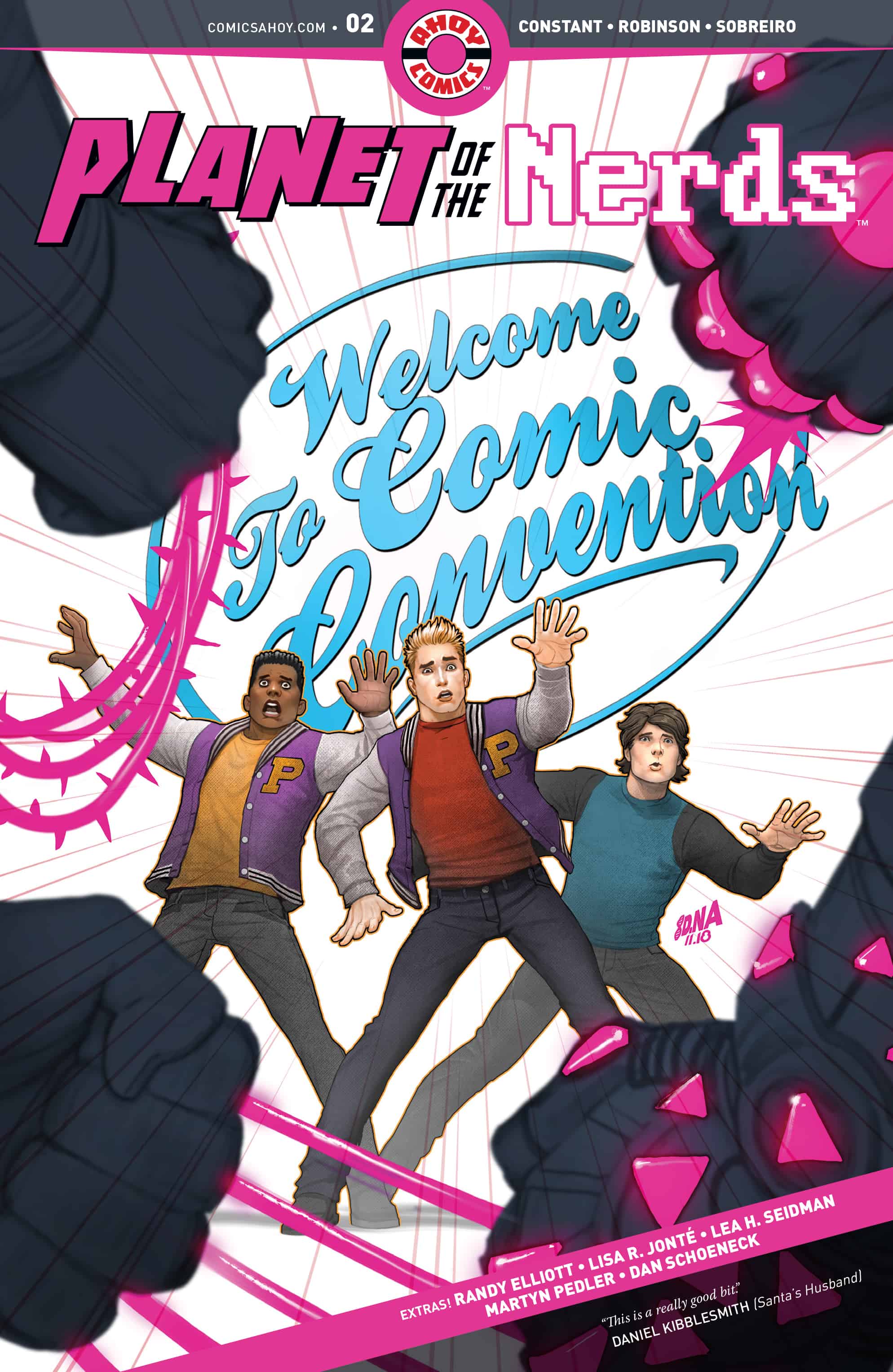 Drew, Steve, and Chad have thawed out in 2019 and come face to face with the 21st century in this newest installment of Planet of the Nerds. With no payphones in sight and a society they barely recognize, the boys are forced to face the most nefarious villain in the world-- INFLATION! In the midst of their struggles to adapt to a modern world, they spot our not-so-lovable nerd, Alvin, aged and on television discussing his breakthroughs in cryogenics! 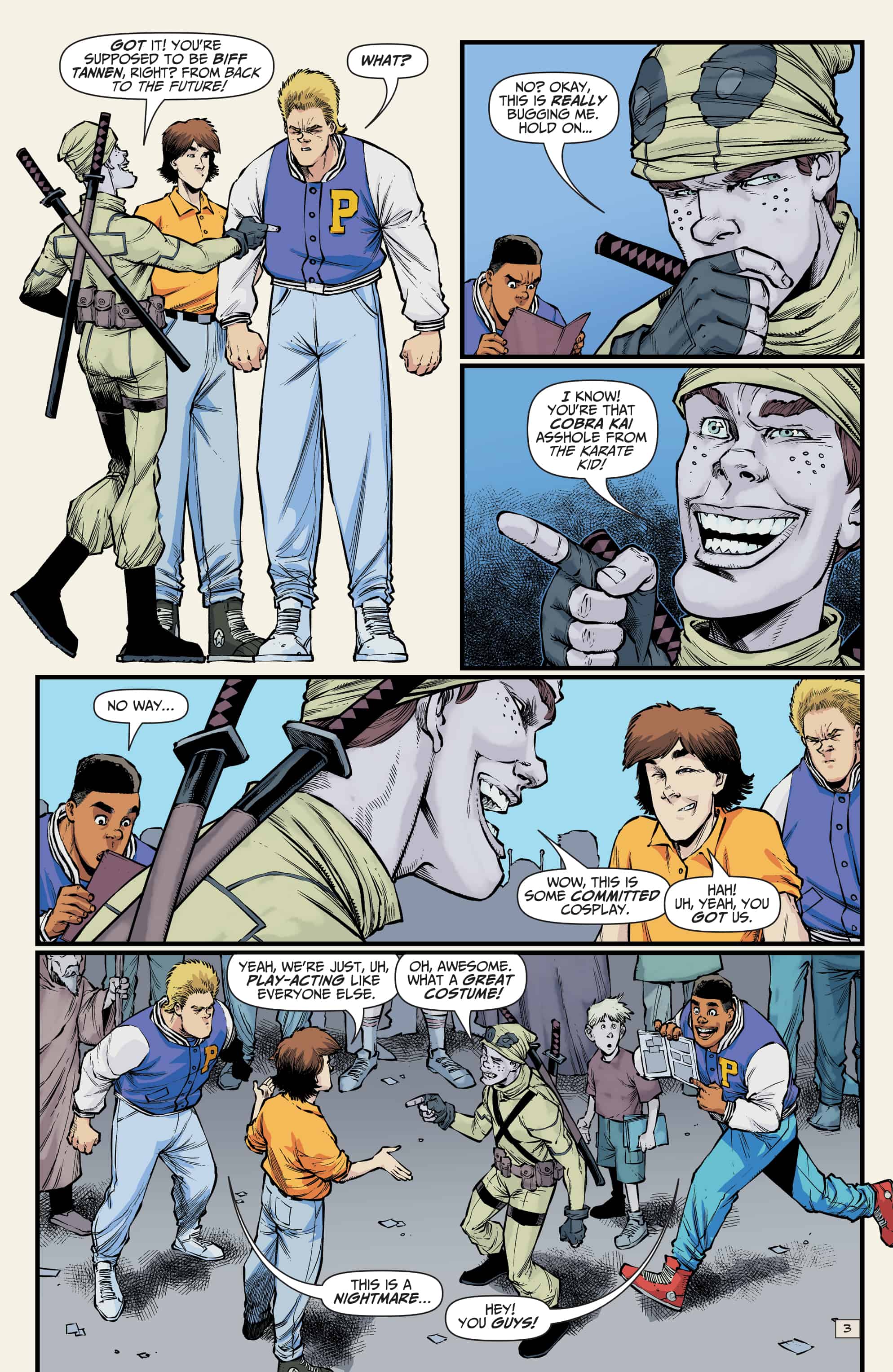 Planet of the Nerds is a fun-filled romp through modern society– a mirror held up to society that shows now only how far we’ve come in the last 30 years but also how far we have yet to go. This issue provides more depth in our jock trio, particularly thanks to the powerful back-up story focusing on Drew and his attempts to transcend athletics in favor of academics only to be abruptly boxed in for the color of his skin. In the main story, we see his acumen for academics manifest as he explains the processes of inflation yet Drew remains filled with a nervous energy. When the Pasadena police arrive with a show of excessive force (perhaps a bit of hyperbole in this sequence but the point was well made regarding an attitude towards the modern police force and its tactics), Drew subtly appears nervous, a credit to both the writing and the art. 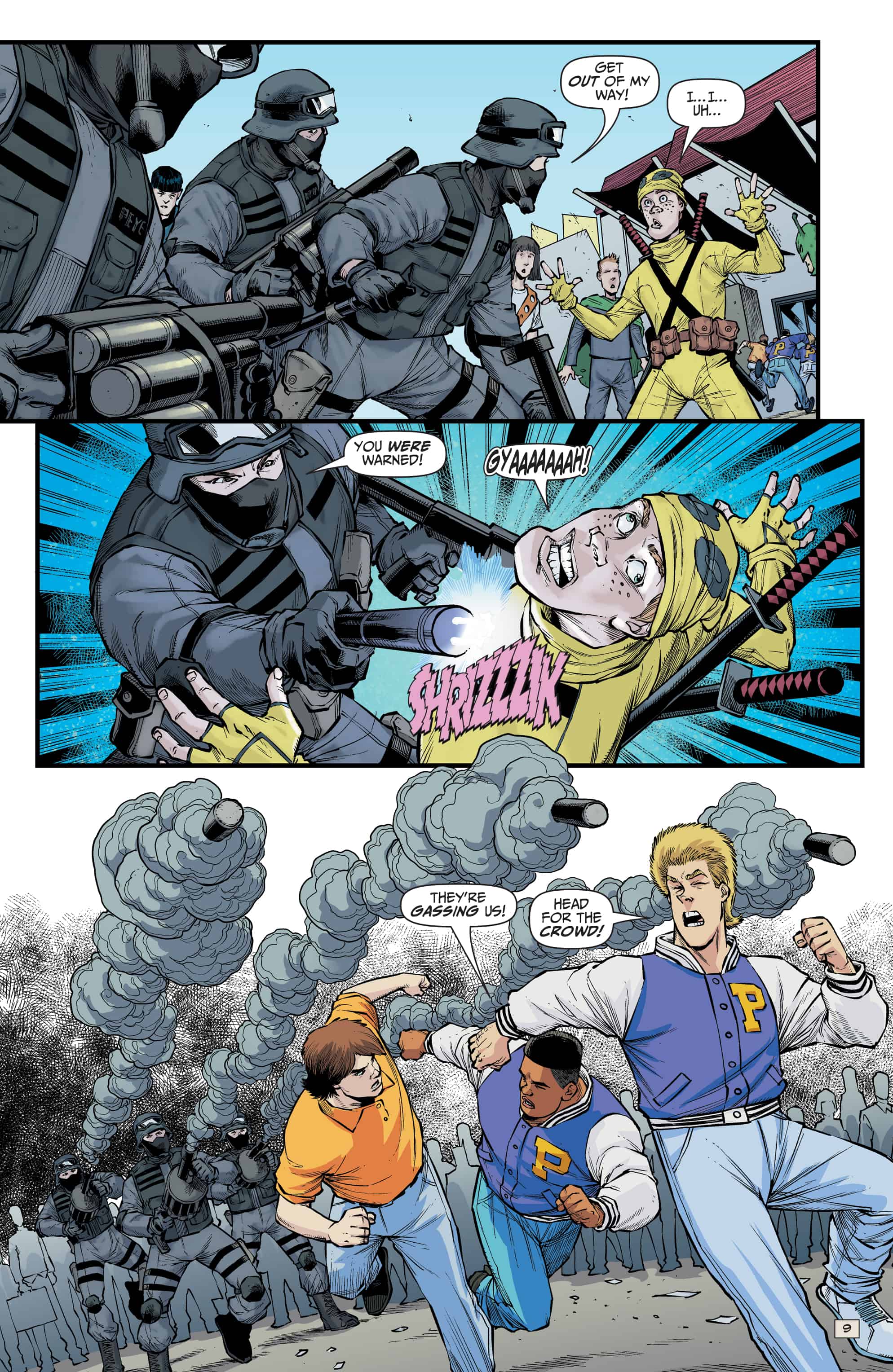 As the series progresses, I look forward to seeing what the creative team does in terms of growth for Chad. Will this become a revenge fantasy or will we see his character grow in meaningful ways? He has already encountered a difference in attitude towards homophobia but seems to reject this difference in a distinctly Alpha sort of way. There appears to be a turning point coming for Chad, but will it be evolution or destruction?

AHOY is pouring a lot of love into their books and it shows, from the strong storytelling and art to the addition of prose short stories and poetry. Planet of the Nerds is a fascinating study of what comics in the 21st century can be and is definitely worthy of your pull list!