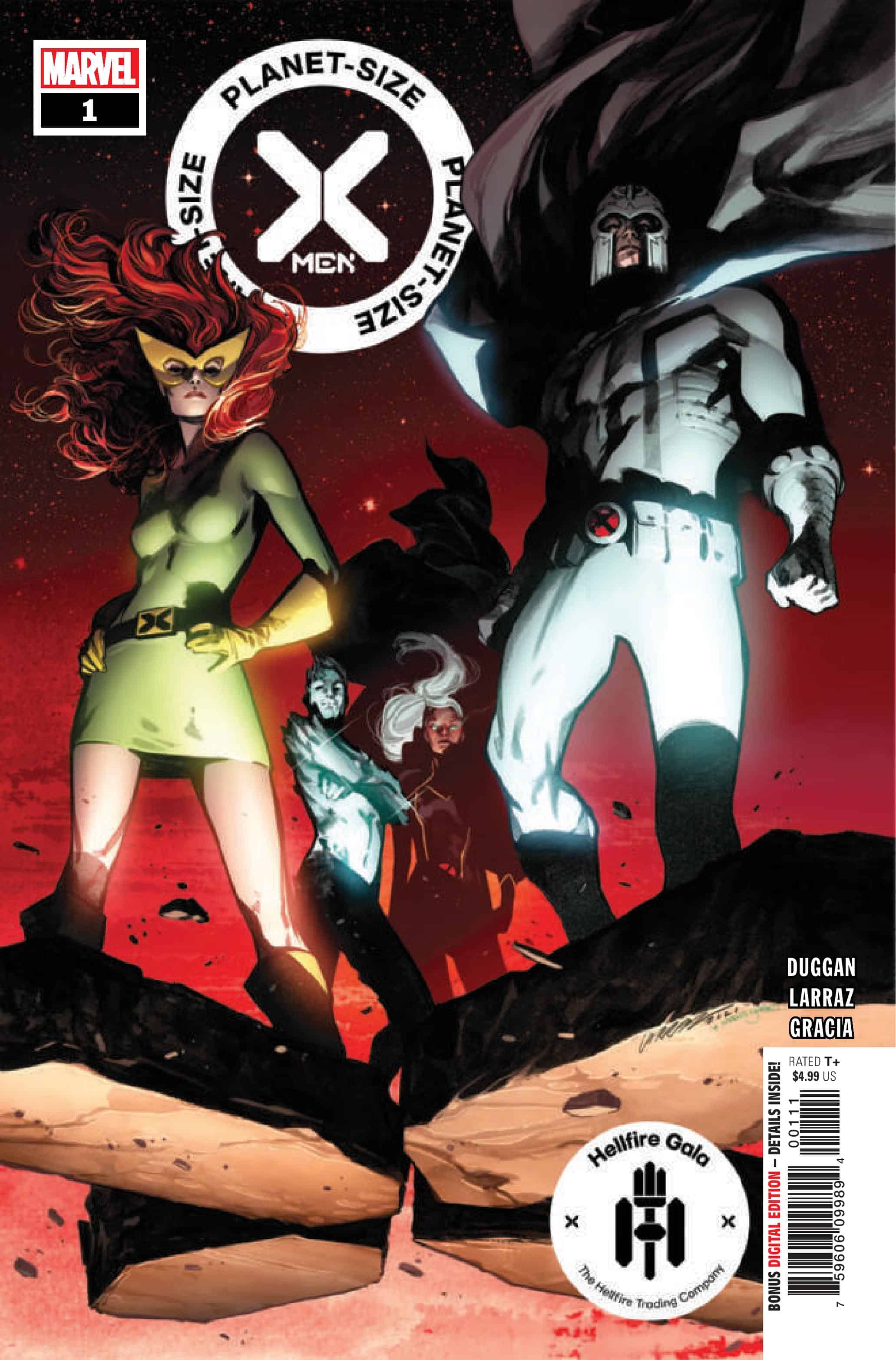 The HELLFIRE GALA rages on, but bigger things are afoot a world away. Make no mistake - this is an X-Men book drawn by superstar artist Pepe Larraz. It is absolutely the most important issue of the month... as Magneto enacts a plan of singularly bold ambition that will help Krakoa deal with several problems all at once. Sit back and watch the fireworks.

Ambitious: having or showing a strong desire and determination to succeed.
-(of a plan or piece of work) intended to satisfy high aspirations and therefore difficult to achieve.

That is what Planet-Size X-Men is… ambitious. If I can pay Hickman (and yes I know that Gerry Duggan writes this one) any sort of compliment it’s that he along with the X-Office have completely cast aside the tropes (and don’t get me wrong I love many of those tropes) that have so defined the X-Men through the years but have also over time very often shackled the stories of mutants to the same ideas that are recycled again and again in various forms.

Planet-Size X-Men drives home the point that the limits of mutantkind’s ambition have shifted so far past the old ideas of what they can and cannot achieve, that after reading this issue even my cynical little heart cannot actually fathom how mutantkind could ever return to the old status quo: living in a school, trying to convince the bulk of humanity, asking them to accept them as equals or allowing them to live in peace. Every page of Planet-Size X-Men shows that Homo Superior is in its ascendance.

Let’s start with the name “PLANET-SIZED X-MEN…” did anyone in comics journalism actually look at that title and think… “Why Planet-Size? If they did, I didn’t see it. Personally, my dumb ass wrote it off to the idea that we had had a whole bunch of Giant-Size issues and that the X-Office was just looking to differentiate this oversized issue from what had come before…turns out they were being more literal than I could ever have imagined.

Let’s talk about the writing. This is an issue of exceptionally lofty ambition and Duggan’s words are sometimes lost in the visuals on the page. I found myself having to track back and read the page again not because they are weak, but because they simply play second fiddle to the visuals. Duggan’s writing is a solid blend of the informational and the personal that we’ve come to expect from an issue that deals with things on such a grandiose scale, but at the same time it’s punctuated by his ability to get the voices perfect for characters. His Magneto is perfect and the central figure of the issue. I’m not fond of the whole pretender attitude toward a certain member of a fantastic family but I suppose it fits the story. His Quintin Quire is entertaining too but beyond that don’t be looking for deeply personal moments between your favorites because this canvas is really about the bold strokes.

What Duggan does do with this issue is change the optics of certain things we know already like the Avengers’ concerns about the many more Arakko mutants that are now in the world. The Arrako mutants are absolutely central to this issue and it’s an utter joy to see Duggan take advantage of the opportunity to show us some of the amazing mutants of the sister island nation and their incredible mutations that help shape this next milestone in the rise of mutantkind. It’s also gratifying to see familiar characters like Isca get more page time. Duggan also ties us back to several plot points along the way including linking Otherworld and even Marauders as Magneto spearheads this most ambitious undertaking. Most of the Omegas play pivotal roles but it’s really Storm’s that interests me… Duggan doesn’t outright say it but I believe we may have just seen Storm’s new role defined and if it is what I think it is… the story potential has me drooling, I am not going to lie (queen regent of a planet is a fitting role for her and I’ll not hear arguments to the contrary) because of its nearly unlimited potential. The issue finishes with an absolutely wild moment that really gives new meaning to the words: “The sword is drawn,” or is that “birthed,” as Duggan ties us back to the Hellfire Gala. 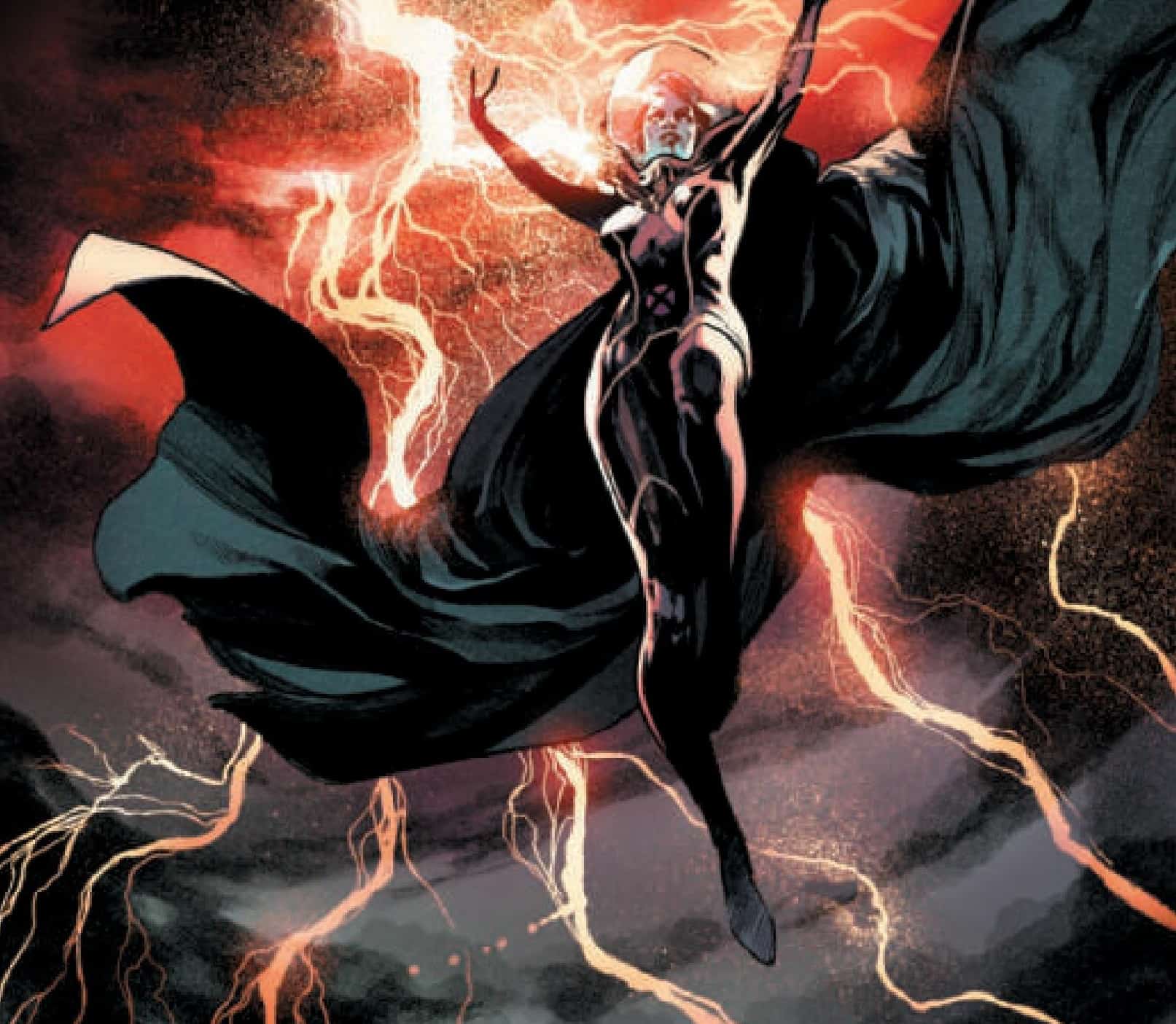 This is one of those “where were you
at when” moments…and it would be
a shame if being closed-minded made
you miss it.

She was not lying. Planet-Size X-Men is a comic that needs to be seen and read… No amount of poor elucidation on my part can prepare you for the grandeur you will witness on the pages of this comic. We often talk about world-building in comics, well now you will actually witness it literally brought to life by Pepe Larraz with his exceptional and ofttimes startling sense of scale. Marte Gracia’s potent colors grip you in the ambition and audacity of what is happening on the page. This issue sits on par with every issue of House of X as well as every issue of “X of Swords” and in certain respects eclipses it and that is saying something. The team of Larraz and Gracia continue to be, for my money, the best combination of artist and colorist in the whole Marvel line. The designs are beautiful, the new mutants you will meet otherworldy and gloriously unique as we get to watch them literally BUILD A WORLD!

WELCOME TO THE FIRST MUTANT WORLD!

They told us long ago in HOX/POX about Mars but this data page from X-Men #14 ( November 2020) really was a fantastic easter egg: 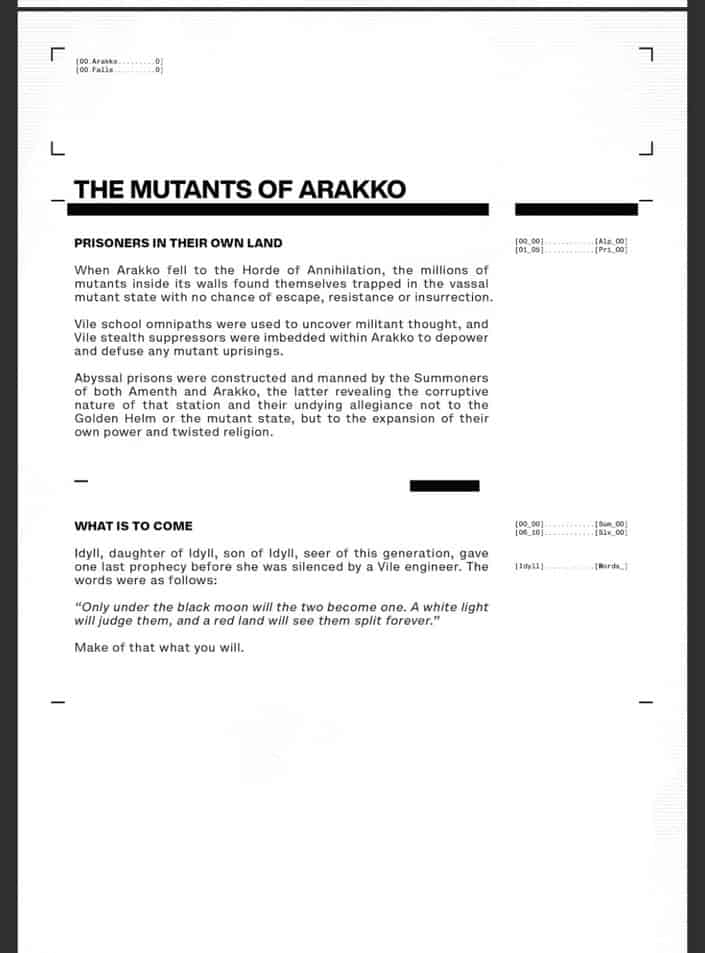 Planet-Sized X-Men #1 is an issue that delivers on it's namesake in all departments, be it writing, drawing, colors, or letters. In years to come when we as fans are talking about defining issues of the current era. This book will be one of those books we talk about. This is an essential installment if you are following the Krakoan era.