Poison Ivy #3: Half Agony, Half Hope 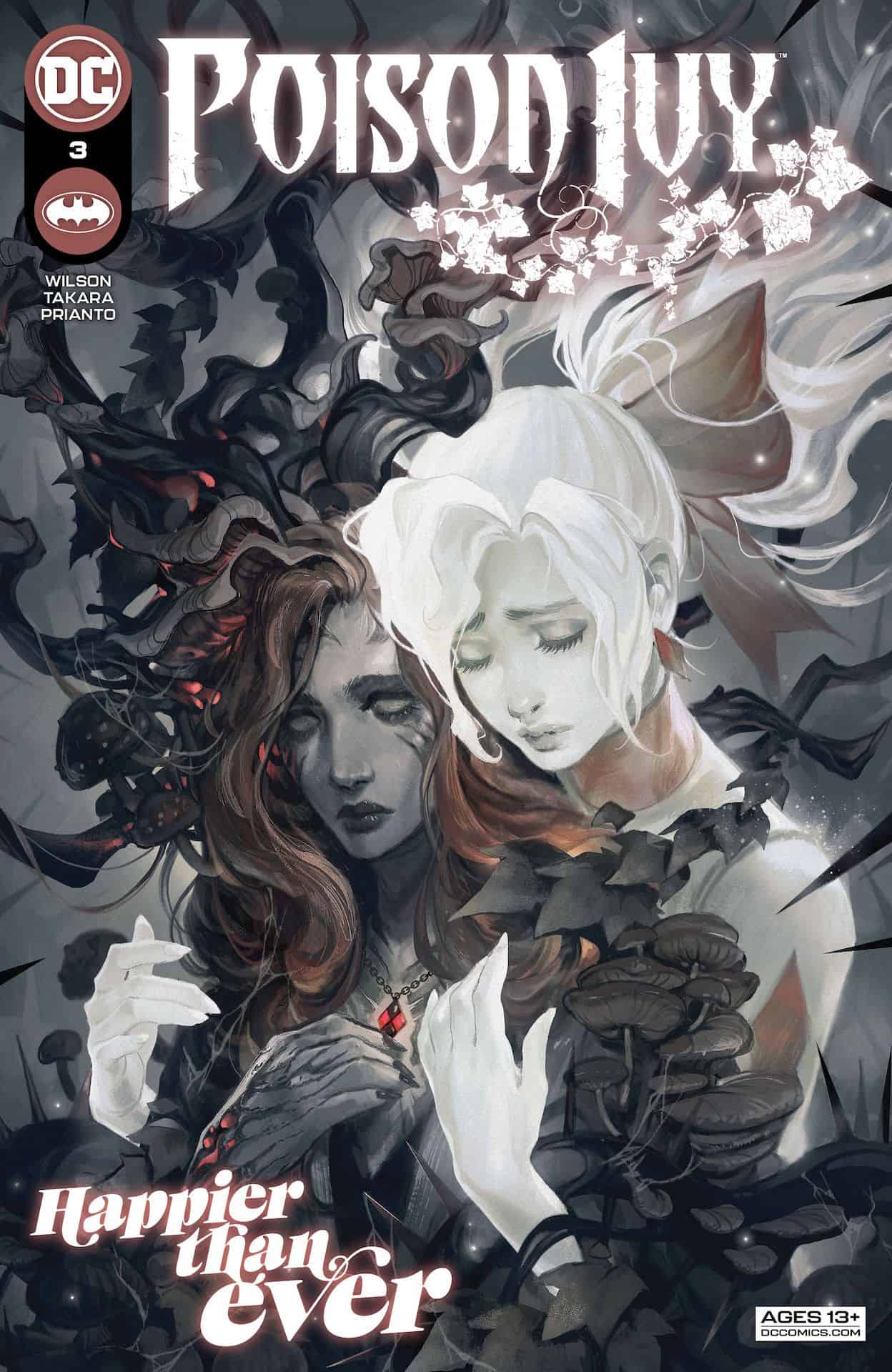 After breaking up with Harley Quinn (and regretting it), Ivy is on a road trip across the USA and taking a deadly pathogen with her, seeing humanity's extinction as the only way the earth can be saved. When we last left her, Ivy had met a cute criminal poet in a diner, killed a couple of cops, and found a mysterious rune written on the wall of her motel. Where will Ivy's road trip take her next?

At odds with its desaturated and haunting cover, Poison Ivy #3’s opening pages invite readers into a vivid dream as Ivy imagines returning to Harley Quinn, free of all rage and woe. But as Ivy wakes and coughs up fungal gunk in a shower, Arif Prianto shifts the comic’s colors to the muddy and mundane. Both we and Ivy return to the apparent hopelessness of the present. However, this issue of Poison Ivy does something unexpected: allows Ivy–and us–a moment not just to breathe but to hope. 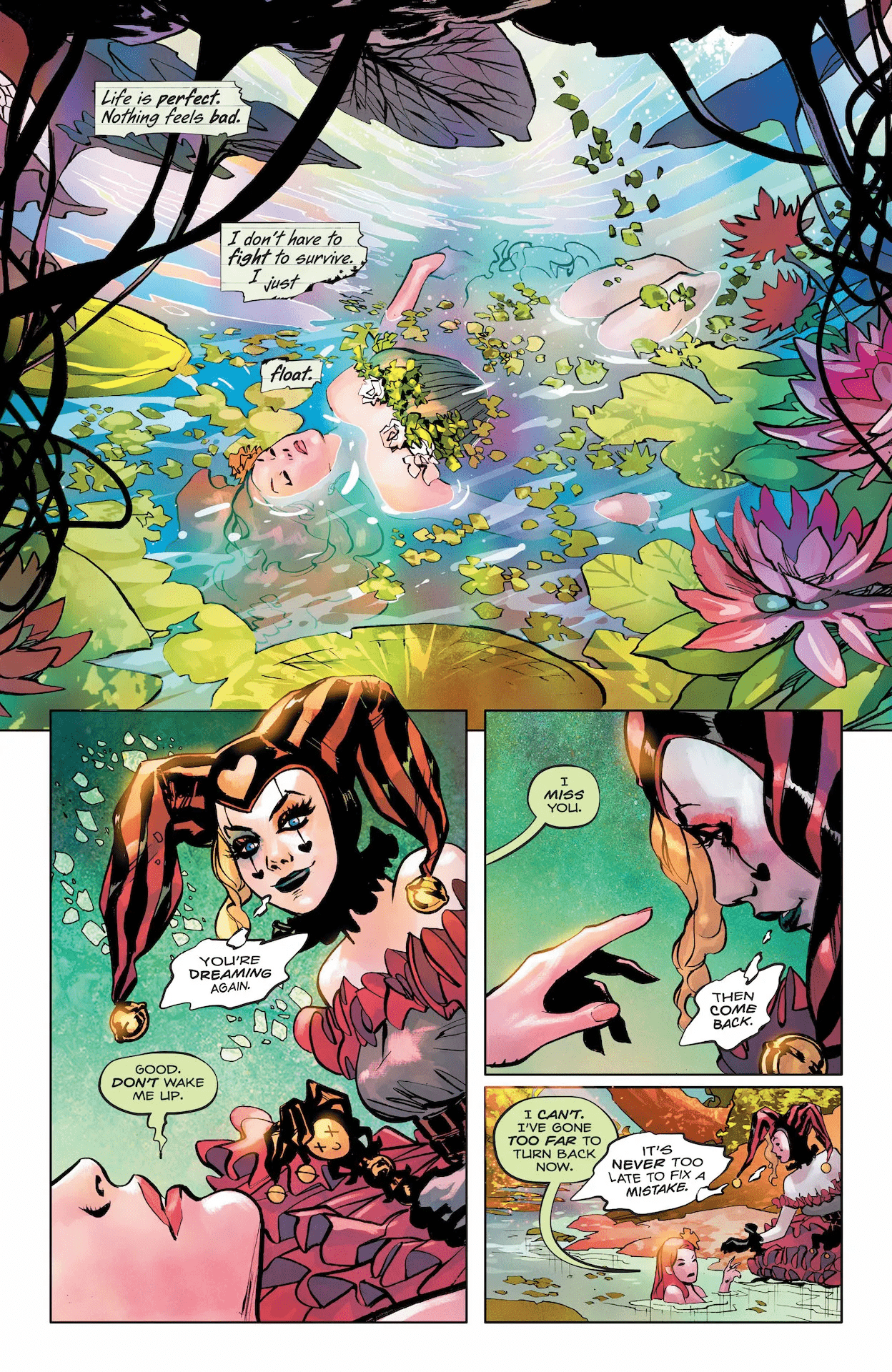 Bringing Ivy’s genocidal road trip to a standstill, the brunt of this issue follows Ivy’s rehabilitation of a neglected garden with a Montana motel owner. Up until this point, G. Willow Wilson’s narrative has focused on Ivy at her most monstrous and ruthless–not batting an eye over infecting an entire family–a woman who can only connect to Harley Quinn and people that remind her of Harley in some way. Poison Ivy #3 is slow and intimate, driven more by human connection than psychedelic eco-horror. Rather than nightmarish visuals, this issue is mostly one of small moments with an emphasis on facial expressions and body language. Marcio Takara captures the robust energy and hope of the diminutive motel owner and places it in sharp contrast with Ivy’s palpable uncertainty and discomfort in the face of an optimism she’s reluctant to embrace even for a moment. We see not only Ivy’s reluctance to connect with others but her equal reluctance to hope for a future where humanity learns and grows – where people don’t destroy the Earth and where Ivy doesn’t have to (according to her) destroy everyone to save it. As Ivy brings life (and Prianto brings color) back into the world, it seems possible that hope may still be worth having. 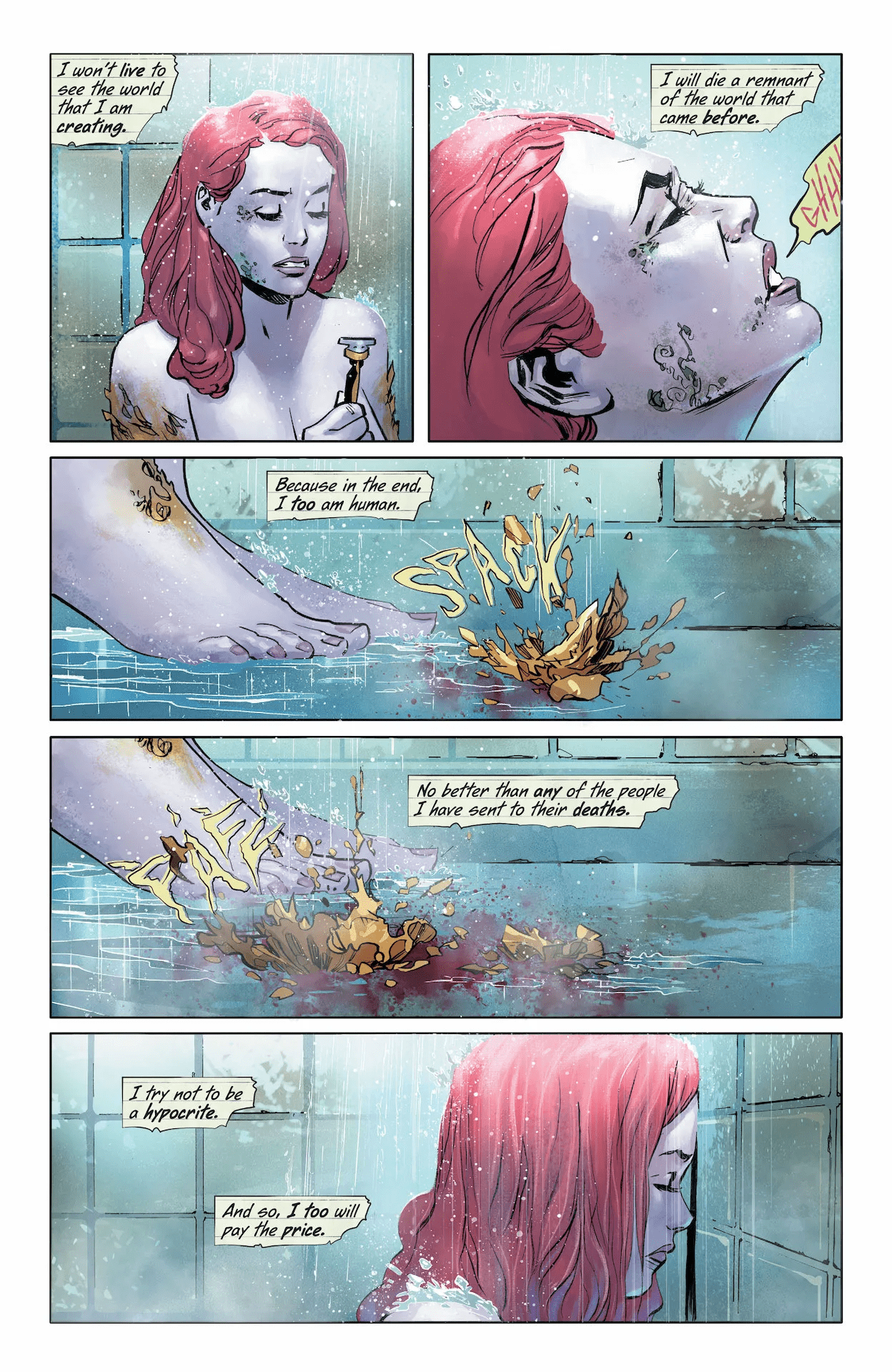 At the beginning of the ongoing pandemic, misinformation about drunk elephants in tea gardens and dolphins returning to the canals of Venice caught hold even in progressive spaces. All of these tweets and facebook posts preyed on the belief that earth is “better off without us,” seemingly showing it immediately flourishing in our collective absence. This idea paired with popular “climate doom” posts that proliferate online and a widely felt feeling of helplessness make Ivy’s reasons for acting (even if she acts horrifically) continue to make this series feel relevant and compelling. When the world keeps growing hotter, it’s hard to see hope as anything but a fool’s errand. Yet, this issue offers us a glimpse of hope all the same – a chance to think maybe everything isn’t doomed after all.

Poison Ivy #3 is a surprisingly intimate exploration of what it means to find hope and connection in the face of ecological disaster and insurmountable despair.

Poison Ivy #3: Half Agony, Half Hope