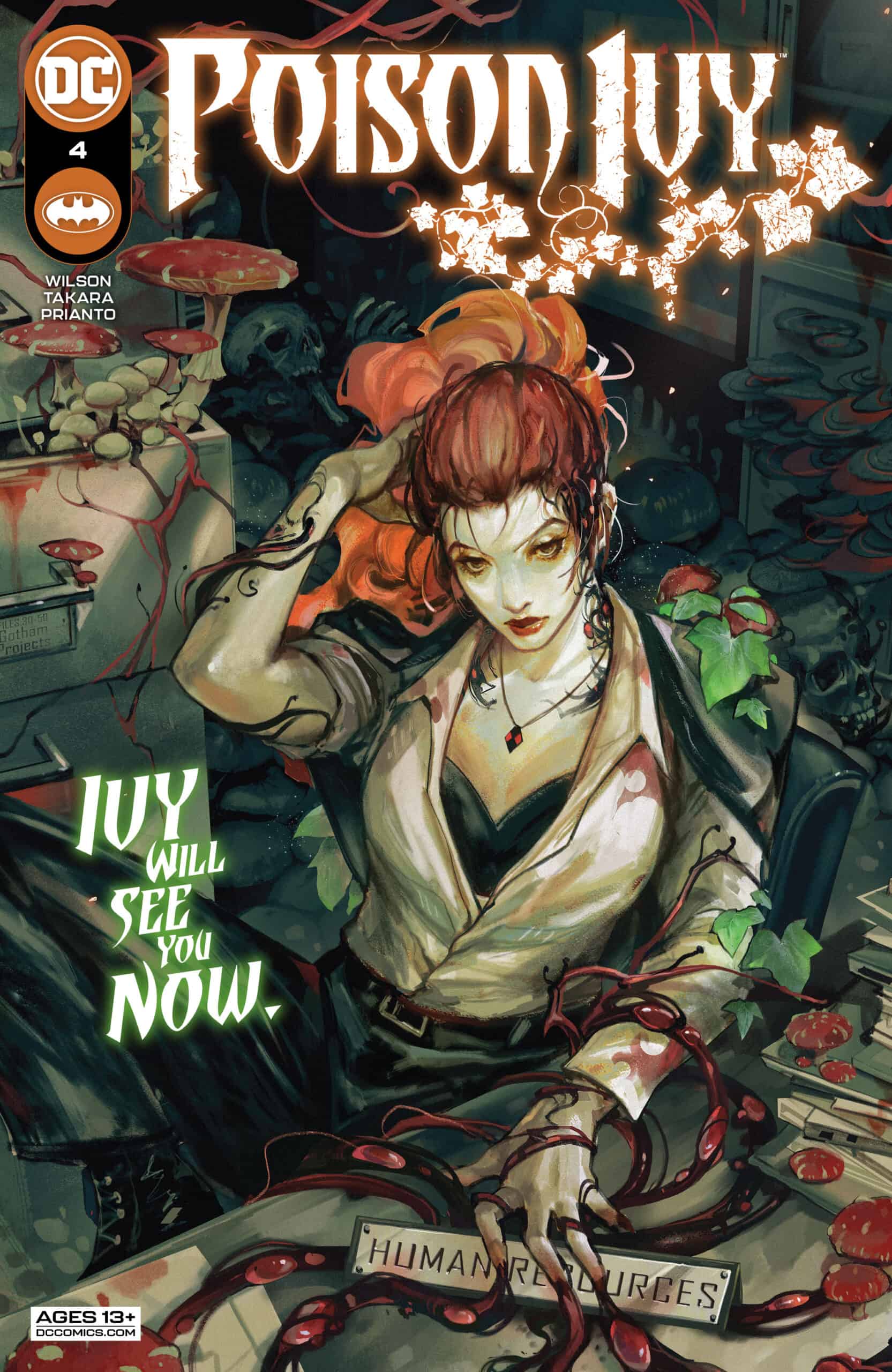 Workplace harassment complaints, health code violations, and inhuman work hours. All just a few of the things that your everyday human resources representative has to deal with. Lucky for you, Poison Ivy isn’t your average HR rep. She’s much more flexible and her punishments are far worse, too! So be on your best behavior because Dr. Isley is watching.

Pamela Isley has been an interesting character in the world of the DC Universe, and it’s great to see this character have her own run (I believe there have been solos or special issues in the past, but this has been her first solo arc). This is the first issue I’ve read in the series by Wilson, Takara, and Prianto, but I’ve heard great things about the story from many of my colleagues and mutuals.

After reading this issue though, I have to say that I am hooked and I am looking forward to getting the trade when it releases! 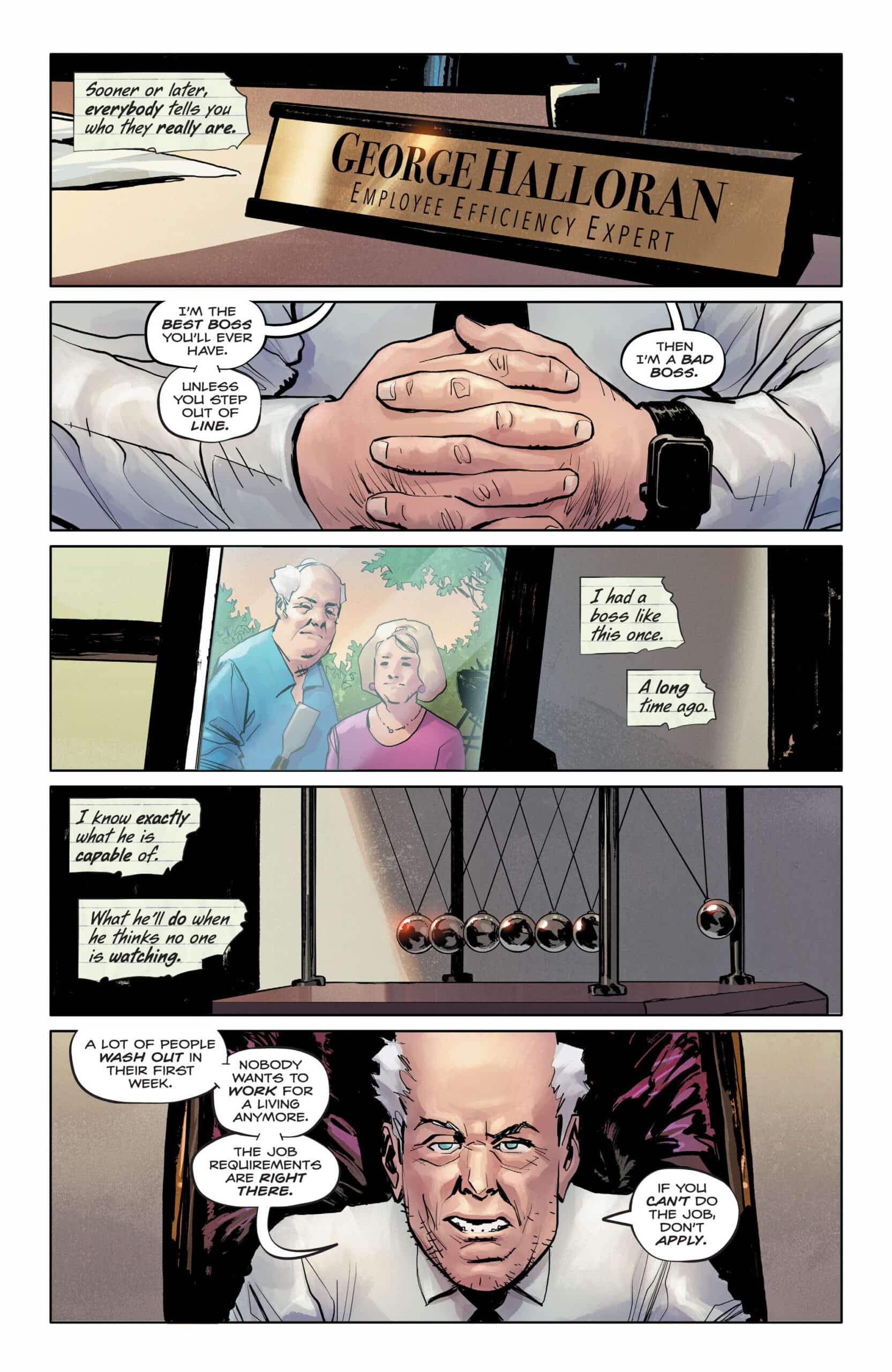 I have to say that as someone who is coming in without any prior knowledge of the previous issues or story, there were of course some areas where I was confused but was pleasantly surprised that I was still intrigued and could follow along with this issue by itself. In this issue, we see Pamela Isley take on a job as an HR specialist at a company much like the real-life “big smile, two-day shipping” company, and from the bat, we see that she’s combating her own struggles, global problems, and direct workplace issue. Author G. Willow Wilson did a fantastic job of settings this up to be a stand-alone that can be read with or without the previous issues, and her themes definitely hit home for so many. It explores how women still experience workplace harassment, and she’s not shy about showing how the offending party can see themselves as a victim but doesn’t excuse their behavior. I love how at first the narration from Ivy seems to be at the audience but then by the end of the issue, we see that she was talking to someone else entirely which ends up being the climax of the story and sets up for the next issue. Wilson adds a clue about Ivy’s situation early on in the issue that comes back full circle. The writing is just superb here. 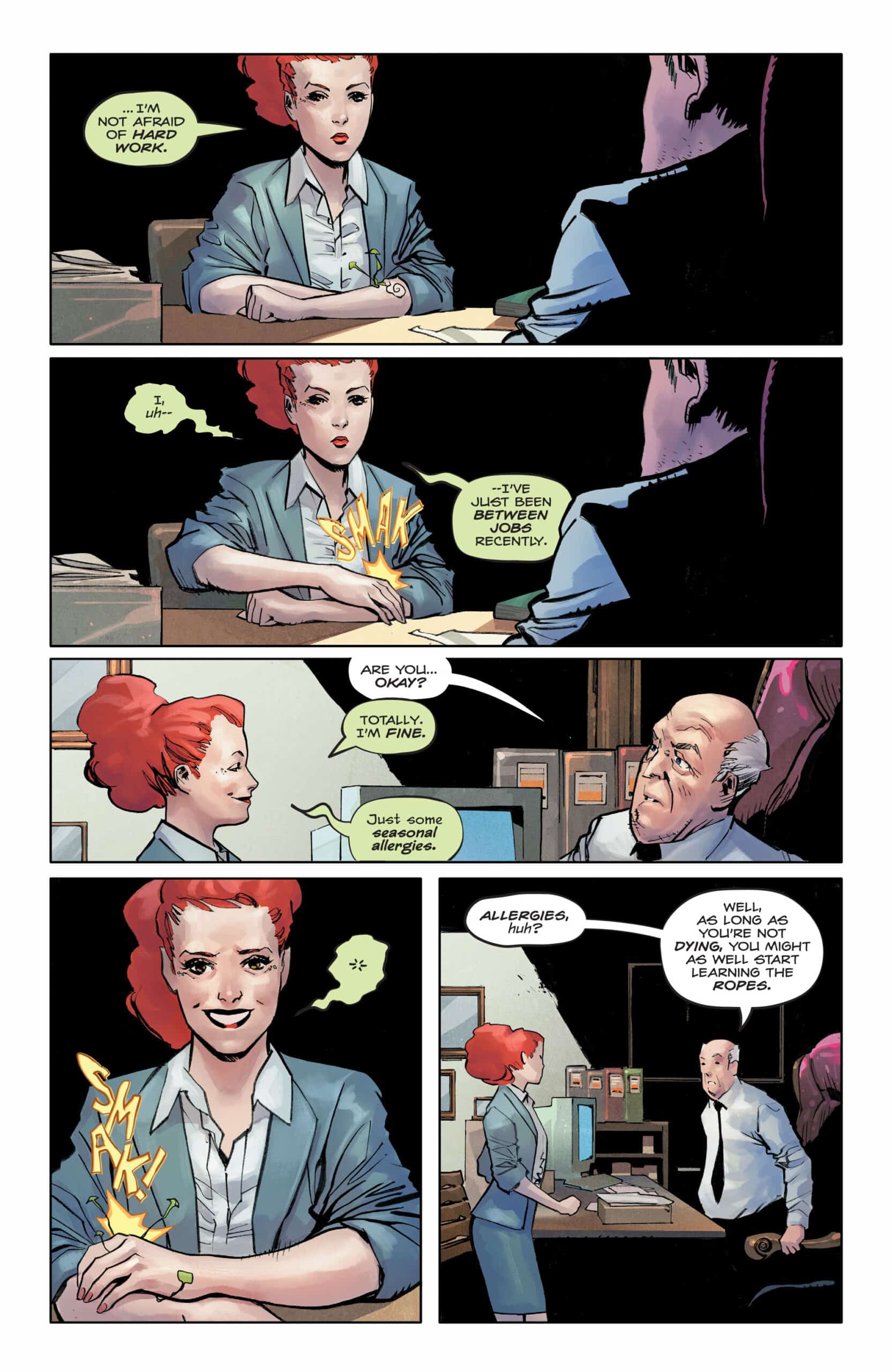 The art by Takara here, honestly, I am not a fan of. This is not to say that the art was bad though. On the contrary, if you like the art style of having characters be presented in more vague, nondescript presentations, then you would probably like this artwork; it’s just not for me. That said, there were some great compositions in this story that I absolutely love, especially the scene where Ivy and her coworker have a fling and it shows how Ivy’s mind was elsewhere during this encounter. The panel work is fantastic in this regard. On the other hand, where the art lost me were two places. First, it seems that the artwork details were inconsistent. Where there were close-ups of Ivy, we see details of her face and hair. But whenever the panel shows Ivy in a full body shot, her artistic details were missing If it was a wide shot where she was at a distance, that would be one thing. But at that distance in the panel, her details should have been noticeable. Second, there were a couple of panels where I did not enjoy the artwork because it was hard to decipher what was going on in the panels, especially since they were action panels. Again, this is more of a style and personal preference than anything else. 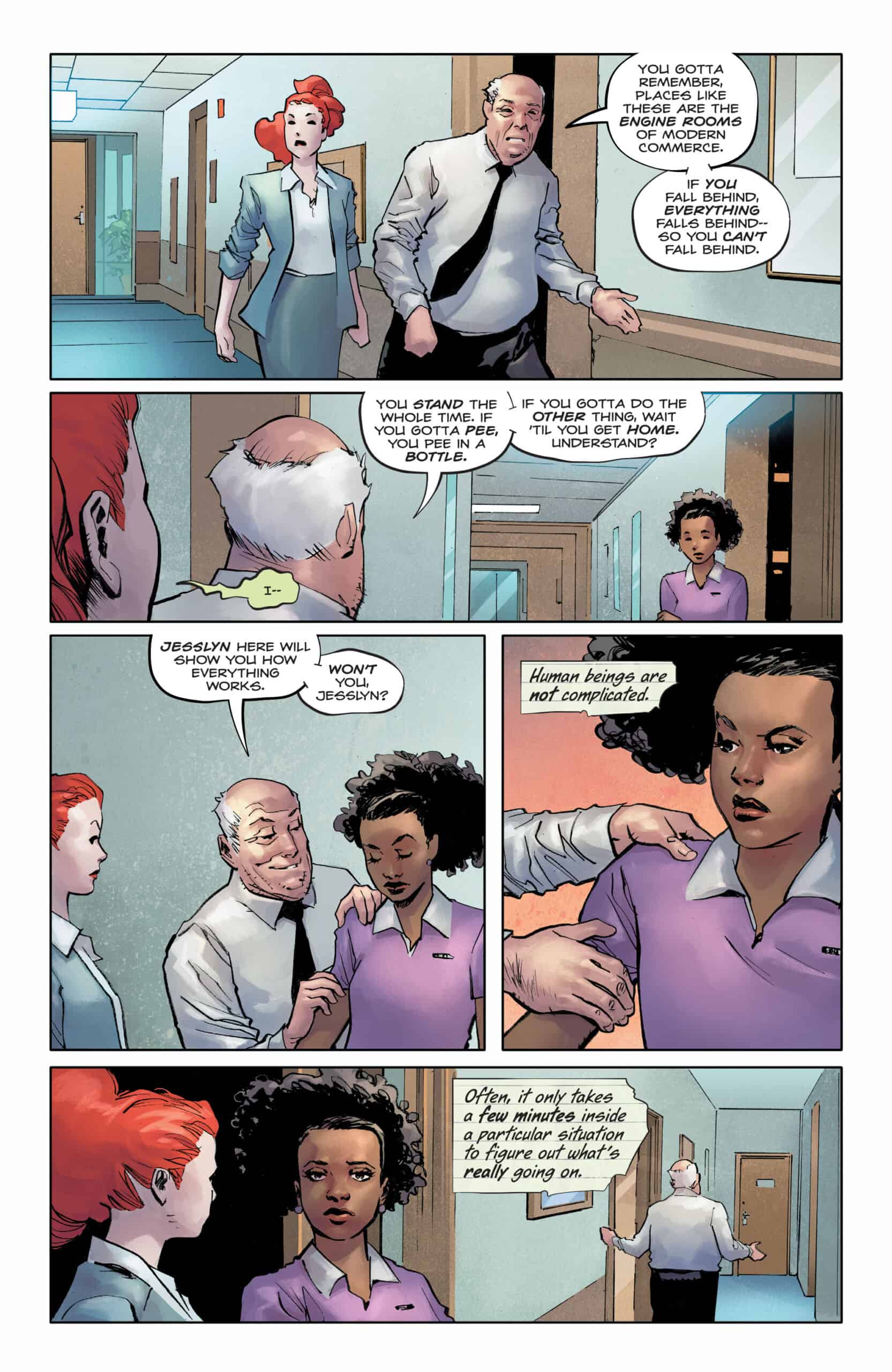 The coloring by Prianto was very well done. It had some great balances with various color hues and styles, and the shading and lighting was done very well, too. Even in the pieces where I struggled with some of the artwork in this issue, the coloring was what held it together for me and made me appreciate the artwork even more in these instances.

This seems like a great first arc for Poison Ivy, and the creative team behind this has done a phenomenal job in telling her story and honoring her character very well. Although the artwork was not appealing to me, it was more to do with style preferences than it does with the work itself. I cannot wait to see where the story goes for the future of Pamela Isley, aka Poison Ivy.