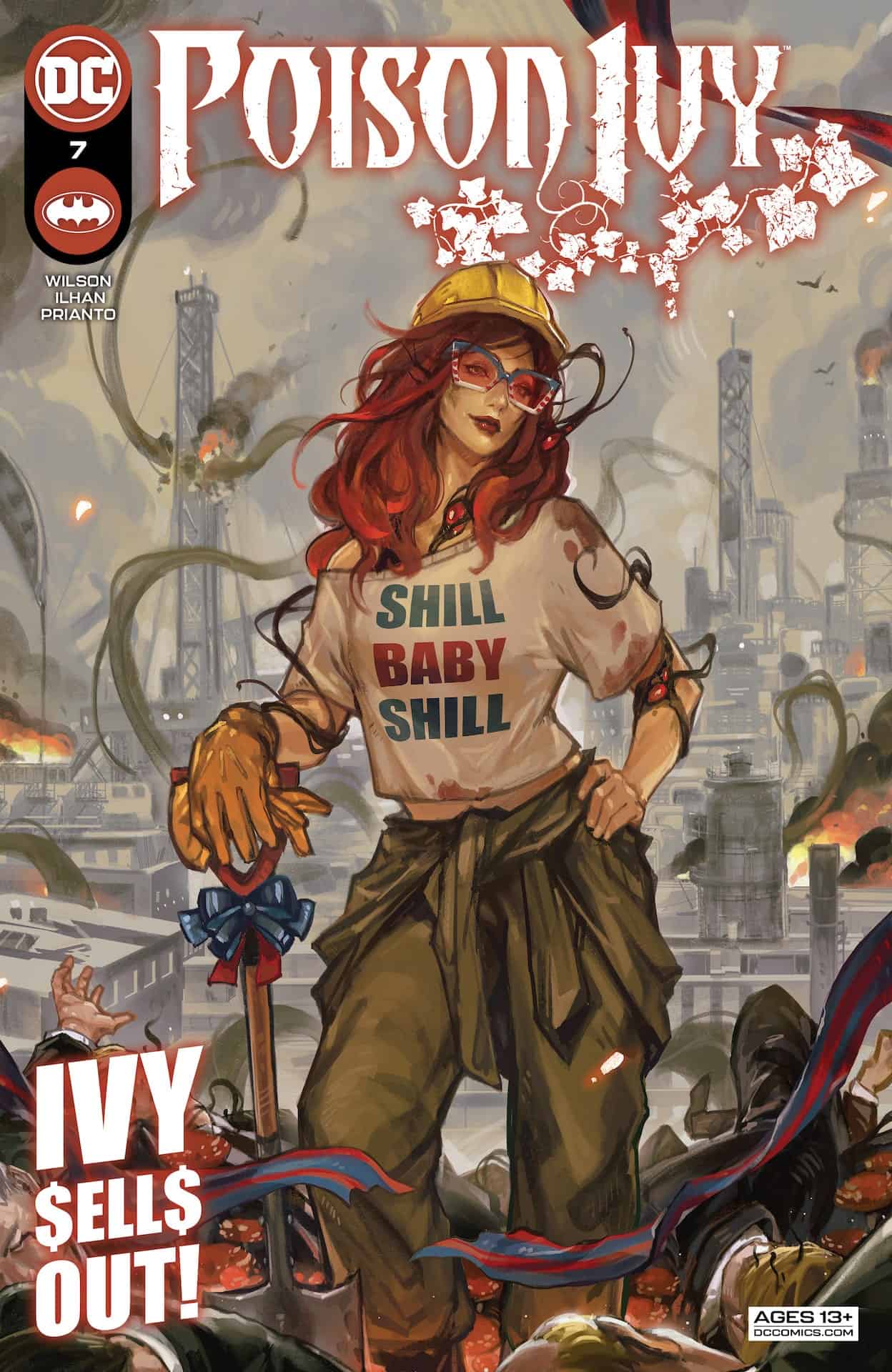 After eating her former abusive boss, deciding all of humanity might not be terrible, and patching things up a bit with Harley, Ivy’s now-less-genocidal road trip continues.

In the wake of the previous issue’s mix of renewed hope and high-stakes visceral horror, Poison Ivy #7 is something of a slow burn. Following Ivy as she infiltrates and investigates a fracking company, the newest issue teases readers coyly with a new sprawling mystery while addressing deeper environmental issues like greenwashing and “girlboss” capitalism. Having reconciled with Harley and decided not to kill humanity after all, the newest issue sees Ivy trying to balance her environmental justice with making sure she doesn’t hurt the wrong people (in this case, rural farmers). While this is neither the most thrilling nor the most heartfelt issue of the series so far, writer G. Willow Wilson continues to offer readers a nice balance of horror and heart. 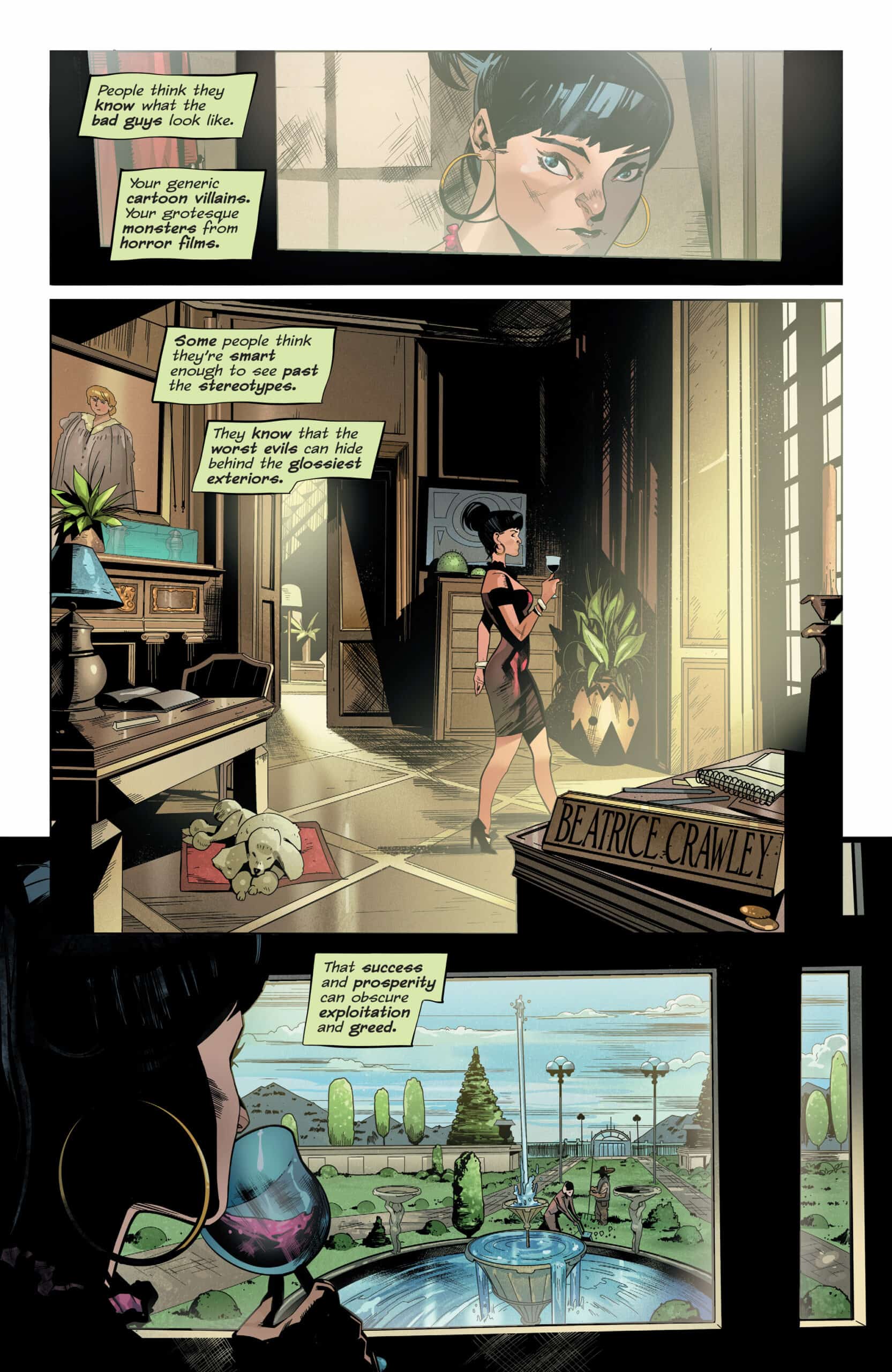 Atagun Ilhan – guest artist for this issue and the next  – takes the bio-horror elements of Poison Ivy in stride. That said, Ilhan sometimes skimps on detail, draws awkward anatomy, and makes odd creative choices (e.g. Ivy’s customarily slouchy jumpsuit now seems almost like spandex in how tightly it clings to her on certain pages). The good far outweighs the bad, though. There are a few truly striking compositions sprinkled throughout the issue and the final page in particular is a satisfying (and disturbing) climax. As always, colorist Arif Prianto excels at adapting to the series’ rotation of artists and helps give the series a sense of consistency. 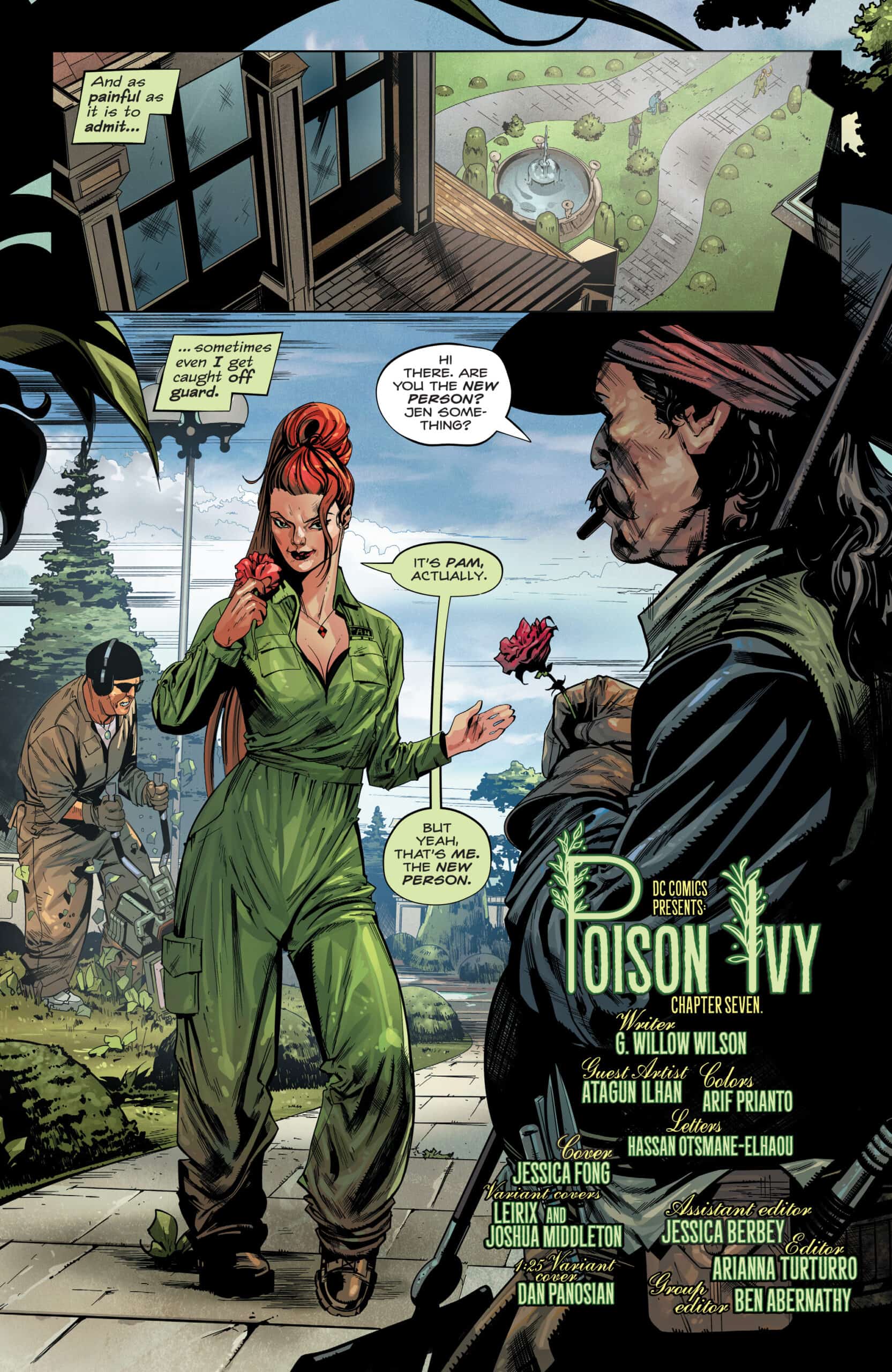 The issue’s cover, featuring Ivy in a hard hat and a “Shill Baby Shill” shirt as an oil processing plant gets destroyed in the background, is a cherry on top of the delicious cake (by which I mean comic). While the variant covers still seem dead set on objectifying pin-ups, the main cover seamlessly blends Ivy’s allure with humor, horror, and environmentalism. If only all comics covers were this good!

Poison Ivy #7 is a slow burn that deftly balances horror and heart and will leave you on the edge of your seat.