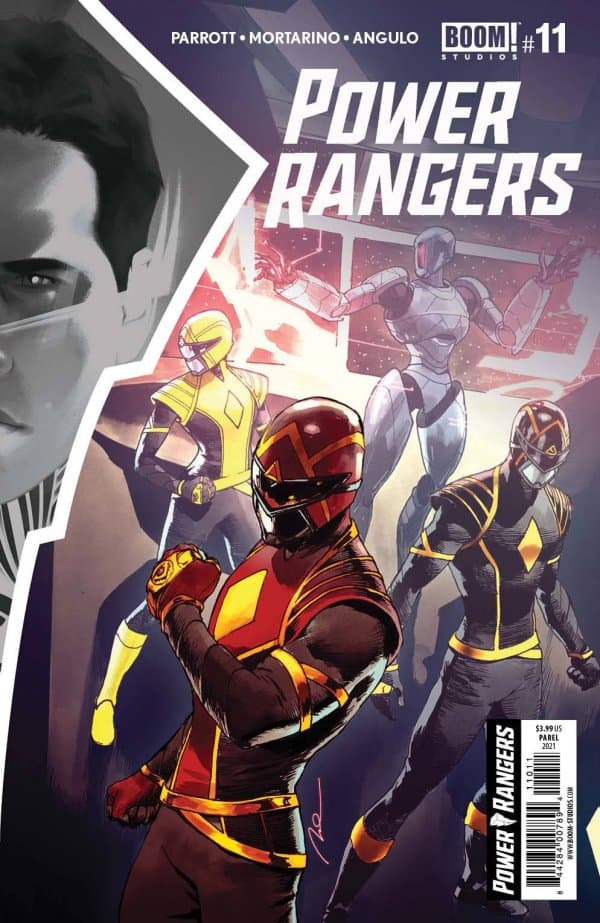 The Empyreals have destroyed and reset countless worlds, and the only way to stop them is by finding the Yellow Emissary. Trini now knows where they are, but they've made it clear they don't want to be found...

I’m at that age where Mighty Morphin Power Rangers basically consumed my life at the age of 7. At the time, everyone a few years younger or a few years older were obsessed. We had the toys, we watched the show daily, we ran in droves to see the movie (my dad fell asleep during any scene that didn’t feature Dulcea). It was a pop culture phenomenon. So it was genius when BOOM! Studios started publishing a monthly comic book series building on my age group’s nostalgia for these teenagers with attitudes.

But let’s get to the actual comic review. Power Rangers is an utter delight. Jason, Zack, and Trini are all fully-fleshed out and realized in this comic, given far more care and respect than they were ever given in the TV show (yeah, I’m still bitter about Saban’s treatment of the actors 25+ years later). While Jason returned in future seasons post-Mighty Morphin, we never got to see Zack or Trini again, so seeing them here as fiercely competent Omega Rangers is a perfect evolution for them.

Trini in particular truly shines in this issue, refusing to give up in her mission to learn more from the Yellow Emissary (although she refers to them as Emmy at one point which is a complete head-scratcher and momentarily threw me out of the story). 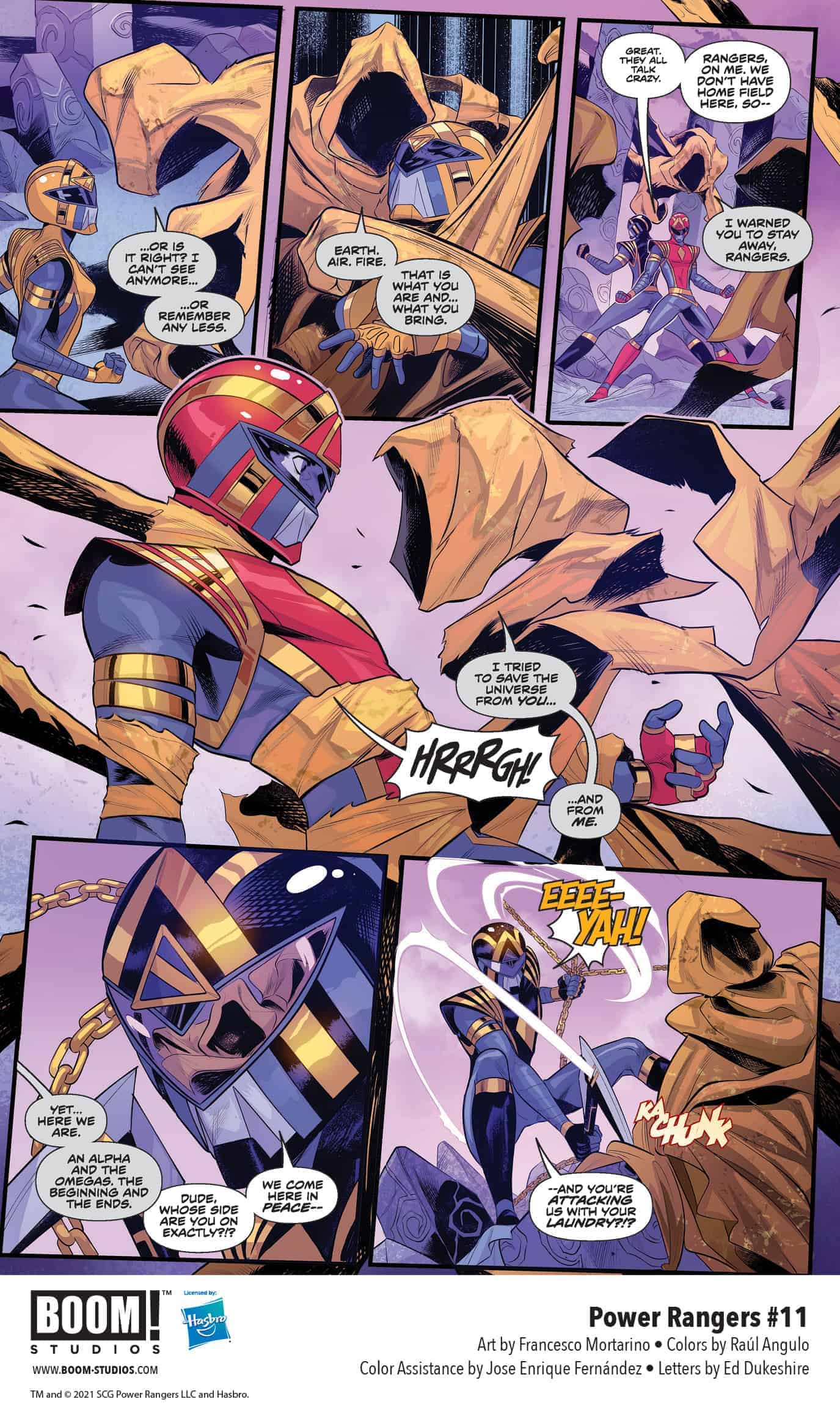 As for Lord Drakkon, I think we can all admit that he’s the best addition to the Power Rangers mythos in a long time. However, I worry that his role as series regular may ultimately be detrimental to this amazing character. After this issue, I’m hoping we get a little less of him as I’m finding it harder and harder to see how the Power Rangers can keep him on the ship. Plus, nobody wants too much of a good thing.

The issue ends with a destructive cliffhanger, and I’m genuinely unsure of how the Power Rangers are going to make it out of this one. And that’s fantastic. Great storytelling and keeping us on the edge of our seats by writer Ryan Parrott. The art by Francesco Mortarino, as usual, really lends itself to the story, and I was impressed with the cohesion of all the action shots. And I always have to give a shout out to the colorists, Raúl Angulo and Jose Enrique Fernández. Color is such a vital part of the Power Rangers, and this comic always looks vibrant and detailed.

As a side note, I want to say that Power Rangers has really helped me over these very troubling times. We’ve all been struggling, and finding little distractions can help cope with our issues. I’ve been revisiting a lot of the first few seasons (Zeo is far better than I originally gave it credit for), buying a few of the fantastic Lightning Collection action figures by Hasbro, dusting off my old Power Rangers video games, etc. The Heroes of the Grid board game and the Power Rangers Deck-Building Game (both by Renegade Games) are super popular in my tabletop gaming group, too. Power Rangers has truly inspired an entire generation in ways we’ll continue to feel for many years to come.

Power Rangers features some of the best Power Rangers stories out there, and this action-packed issue is packed to the gills with great character moments, surprises, and of course, death and destruction.