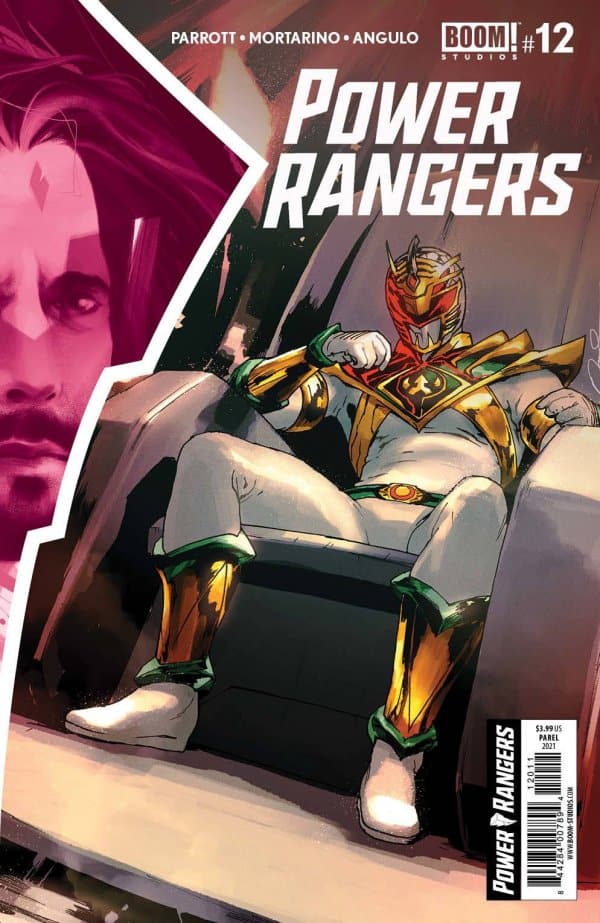 The Yellow Emissary is dead, killed by the Empyreals. Jason, Trini and Zack are next on the list.

What an incredibly emotional issue of Power Rangers! As with the rest of this series, this issue crams in many character-driven moments that made my heart hurt as I watched these characters from my childhood put through the ringer.

At  first I was concerned that Ryan Parrott was rushing through the “end of the world”, as Trini mentions early on that 48 hours have passed. But that concern quickly dissipated as I was far too invested in Trini, Zack and Jason surviving this ordeal. Trini, again, shines in this chapter as she records a heartfelt message to her parents and quietly weeps as Zack and Jason sleep. She’s a source of strength for the Omega Rangers, and her apology to the others for failing to get them out of the mess really hits hard. 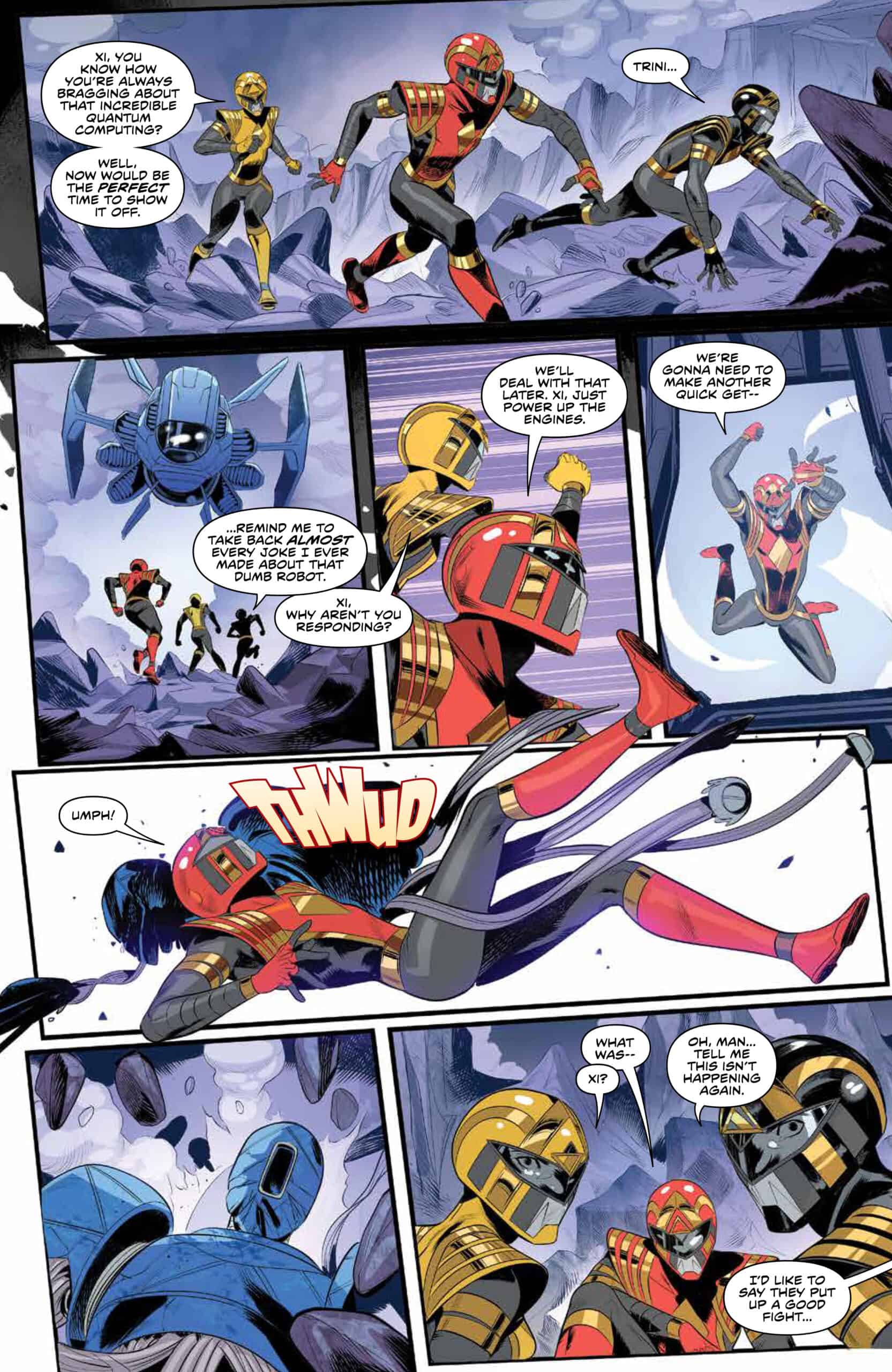 Zack also gets a great moment where he reveals what went down with the Emperor of Hartunia. There’s no judgment from Jason or Trini, just a quiet resignation. Jason gets less to do, but he did have a moment with Lord Drakkon and I’m certain that rivalry will continue to evolve going forward. Even Xi gets a moment to shine with a touching memory held in their memory banks.

The issue ends with a cliffhanger, something Power Rangers excels at. And they got me again! I can honestly say I didn’t see that moment coming, but I’m ecstatic to see where we go from here. My only complaint for the issue is that the main cover fails to depict the emotion present in the story. It’s just a short of Lord Drakkon, on not a particularly special one. But when the only complaint is the cover, you know you have a great comic on your hands.

The creative team of Power Rangers continues to impress. Great character-driven moments that far surpass anything from the 90's TV series makes this a must-read for Power Rangers fans.