Power Rangers #13: May the Power Protect It 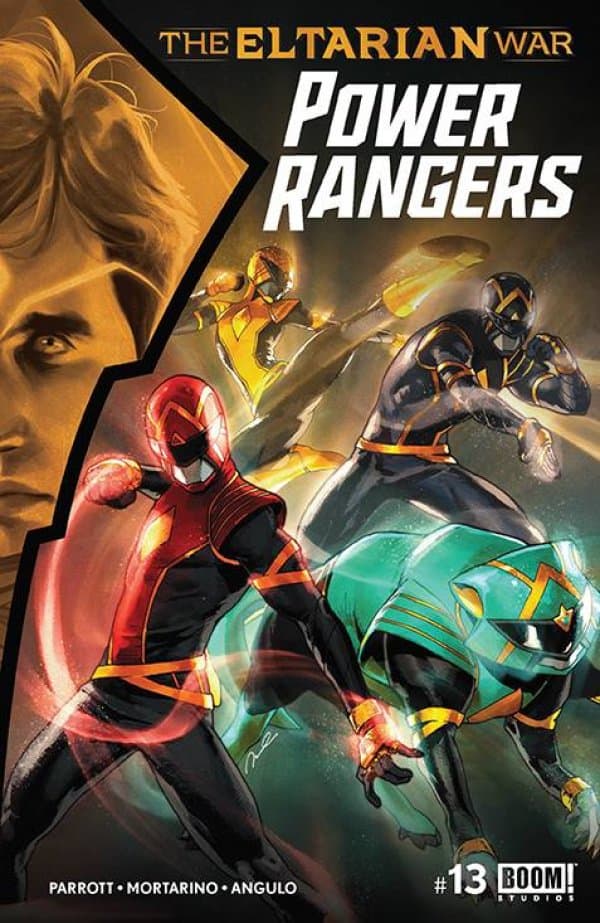 The Omega Rangers, including their unexpected savior the NEW Blue Omega Ranger, race against time to beat the impending Empyreal threat to Earth.

But can they deliver the critical secret they've uncovered to Zordon before it's too late?

The Omega Rangers were knocking on death’s door last issue until they were abruptly saved by the brand new Blue Omega Ranger. I found this pace a bit jarring, since we as readers were with Trini, Zack and Jason in what they believed to be their final moments. They shared secrets, said their goodbyes to family members, and pretty much accepted their fates. However, all that was quickly swept away as soon as Yale came to the rescue. It’s a shame, but I realize that this is crossover event takes priority over the smaller, character-driven moments.

Power Rangers #13 is chock full of action moments, with the Mighty Morphin Power Rangers duking it out with Zartus’s forces. I was a little surprised that Kimberly was completely against the idea of summoning their Zords as she didn’t want to go against Zordon (even in death). As we’ve seen from Kimberly over in the Mighty Morphin series, she will completely rebel against Zordon’s wishes if she feels it necessary. 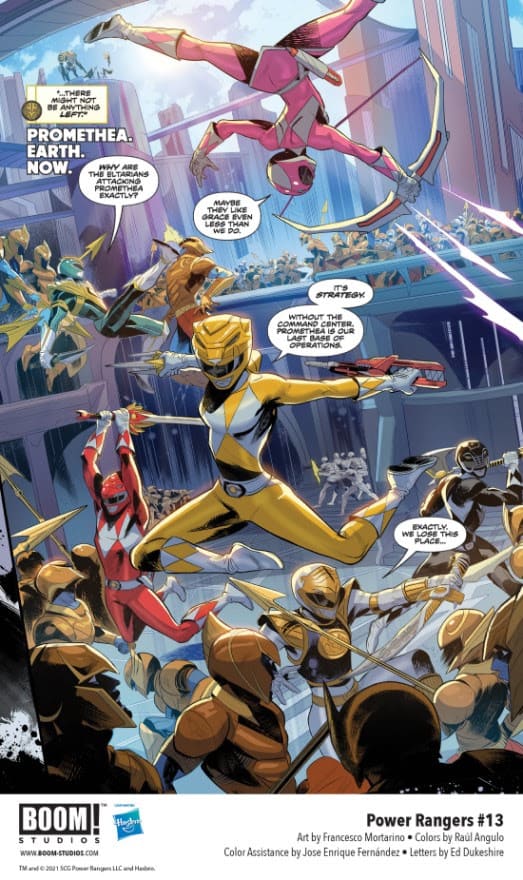 The Omega Rangers leap into battle alongside their teammates. I know it’s not been that long since we’ve seen all the Rangers together, but it’s great to see it nonetheless. However, they aren’t given much chance to interact as, duh, they’re in the heat of battle.

Meanwhile, Alpha saves Billy from Eltarian guards. I was never a big Alpha 5 stan, but there was a flittering wave of nostalgia when the li’l robot managed to defeat the guards. Lord Zedd’s minions also make their power play as Goldar, Baboo, Squatt and Finster try to make sure Billy won’t bring Zordon back. Too bad they weren’t thinking about their own master, but I think we can all safely say that Zedd’s not dead.

Bringing the Omega Rangers straight into the Eltarian War at a breakneck speed has its pros and cons. On one hand, we're able to jump straight into the action as the Omega Rangers and the Mighty Morphin Power Rangers unite to defend Earth. On the other, one of Power Rangers' greatest strengths was its ability to devote precious page-time to the characters and allow them to develop and evolve. Regardless, the creative team has me hooked and I'm sure Power Rangers fans will be talking about The Eltarian War for years to come.

Power Rangers #13: May the Power Protect It