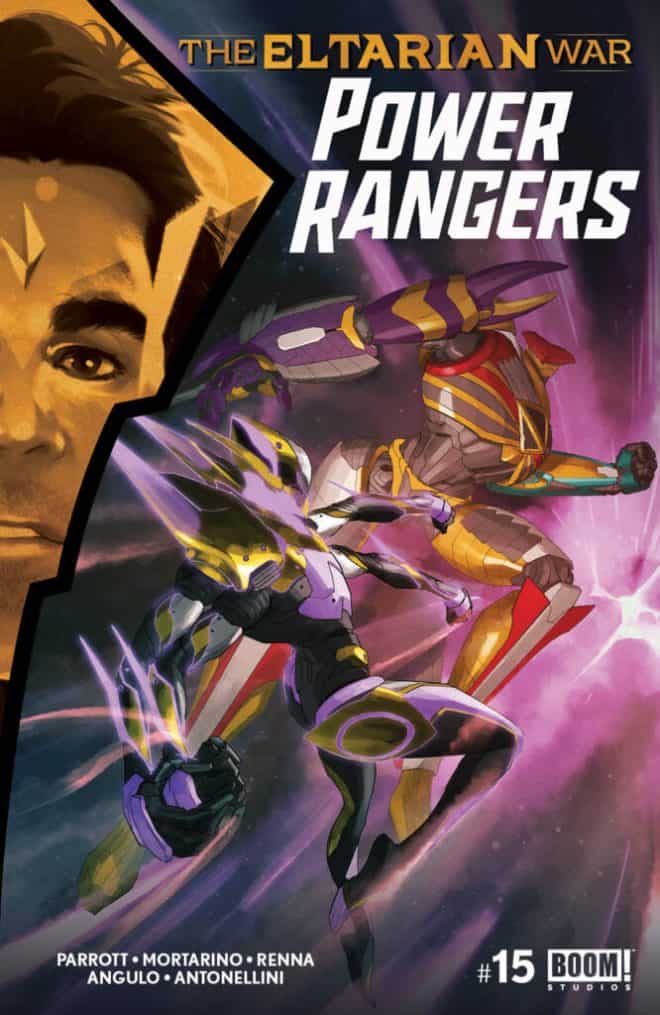 Have you ever wanted to see the Dragonzord merge with the White Tigerzord? Well, this comic is definitely for you! While I may not be as enthused by the merging of the two iconic zords (as I’ve said before, I was always a Pink Ranger kid myself), I fully understand the excitement. The Eltarian War has been full of exciting moments like this which is a real treat for nostalgic Power Rangers fans.

Not only do we get some very impressive Megazord fights, but the true highlight of the issue for me was the three-way battle between Zordon, Lord Zedd and General Zartus. The three men despise each other, but seeing Zordon hold his own against the two was quite thrilling.

I’ve criticized the characterization of General Zartus before, and he’s just as evil and arch as ever here, but he wasn’t written as completely one-note. There was some finesse and fun to the character here I hadn’t seen much of in previous issues. I doubt he’ll be placing on anyone’s Top 5 Power Rangers Villains list any time soon, but it’s nice to see him get a bit snarky with his two opponents. He’s also very powerful, and I was a bit scared for Zordon in their heated battle.

The issue ends on those famous comic book cliffhangers, with surprising faces that I had forgotten about. I’m sure we know who is responsible for this scene, but I’m eagerly awaiting seeing it unfold nevertheless.

This issue is sure to be a hit with longtime fans of the Power Rangers franchise with only three words: White Tiger Dragonzord.