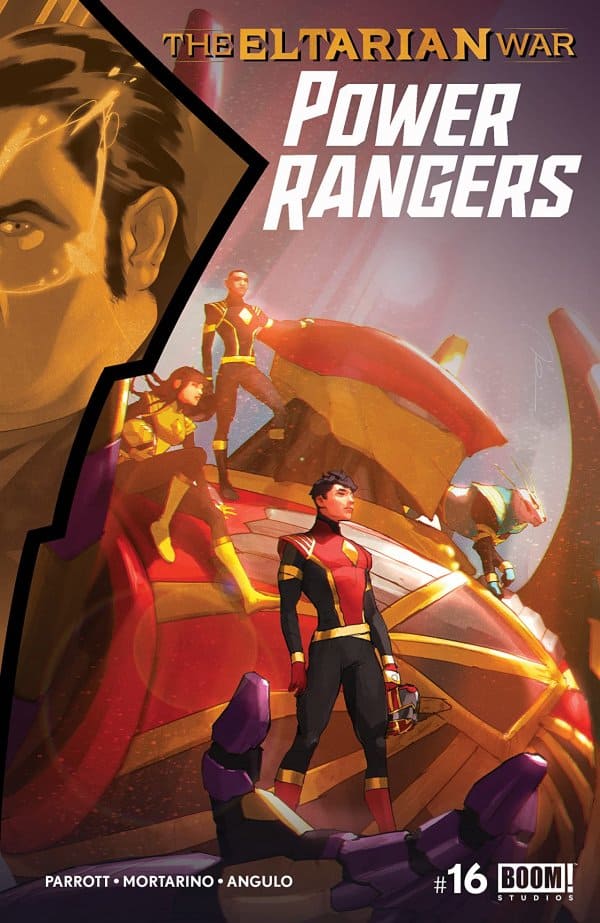 THE FINALE OF THE ELTARIAN WAR!

The Omega Rangers travel back to Safehaven to keep an eye on the rest of the galaxy, while Eternity Point falls under the supervision of a new assistant.

As the Blue Emissary departs and the remains of three Emissaries are laid to rest, the universe seems relatively safe for now, but how long can that last?

I didn’t know until just recently that The Eltarian War marks Ryan Parrott’s departure on Mighty Morphin and Power Rangers, and to be honest I’m a bit crushed. The last three years of comics by Parrott have been nothing short of magnificent, far more nuanced than the TV series ever was. But three years is a long time to write two monthly comic books, and he certainly went out with a bang. The Eltarian War has been a great crossover event, and while I felt it did go on an issue or two longer than it probably should’ve, Parrott finished out his tenure on the series in a spectacular way.

This issue is very much a wrap-up, both for the event and for Parrott’s plot threads. Lord Zedd and Zordon have a great exchange early on about the “power” and how Zedd believes it to be superstitious nonsense. We also get confirmation that Zartus is dead, something that I didn’t find entirely clear in the last issue (I mean, I guess most people don’t survive being impaled in the heart, so maybe this one’s on me). After Zordon returns to Earth, Billy is all over him in that endearing father/son way that Parrott has presented throughout his run. 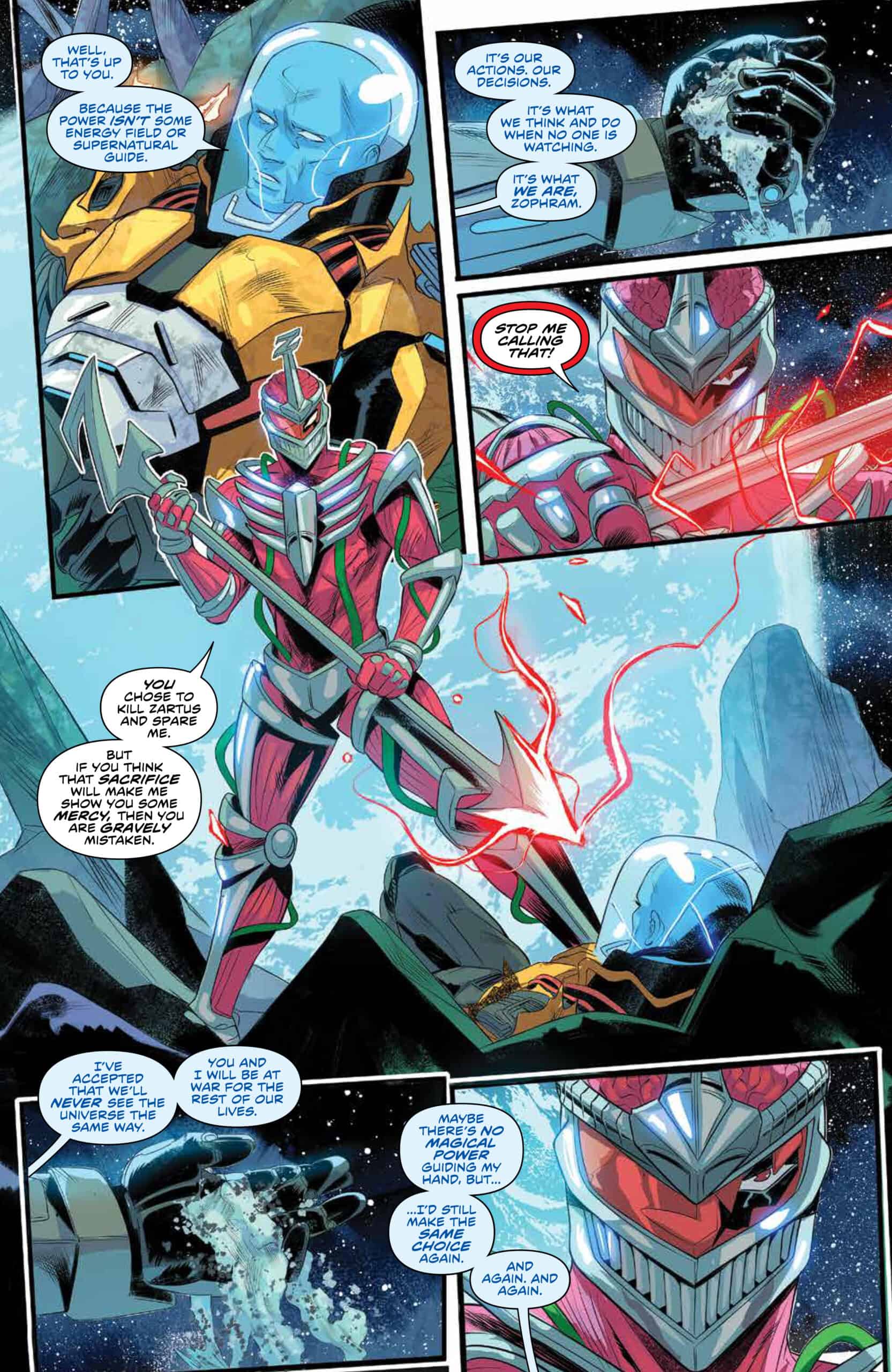 Before Billy is able to get Zordon into his stasis chamber, Zordon requests to watch a sunset on top of the White Tiger Dragonzord. It’s a touching scene and a very fitting farewell to Zordon’s “body”. Surely my favorite moment, however, was seeing Zedd’s lackeys return to their master. Zedd sees right through their lies, and Baboo puts it bluntly: they’ve returned to him because had they ran, Rita would have been ashamed of them. Their loyalty to Rita is such a fantastic addition to the comic series, since in the TV show they all quickly forgot about her after Zedd sent her off. I’m hoping Rita comes back in the near future.

There is a bizarre scene near the end where Zelya reveals herself to Skull and asks him to join her on Eltar. I just don’t buy it, since they haven’t known each other THAT long. Oh well, it was nice to see some resolution with the two characters at least.

I’m very sad to see Parrott go, but a new writer stepping in does open the door for new possibilities. I would LOVE to see the Zeo Rangers introduced along with the Machine Empire. The comics do like to follow the TV continuity to an extent, however, so I think it may be a little bit longer until we get to Zeo (if we even do).

Ryan Parrott has been such a gift to the Power Rangers comics, helming both this series and Mighty Morphin and crafting two incredible joint storylines. The Eltarian War is his big send-off, and I have a feeling this one will go down in Ranger history as one of the top events alongside Shattered Grid.