Power Rangers #17: We Need To Do More 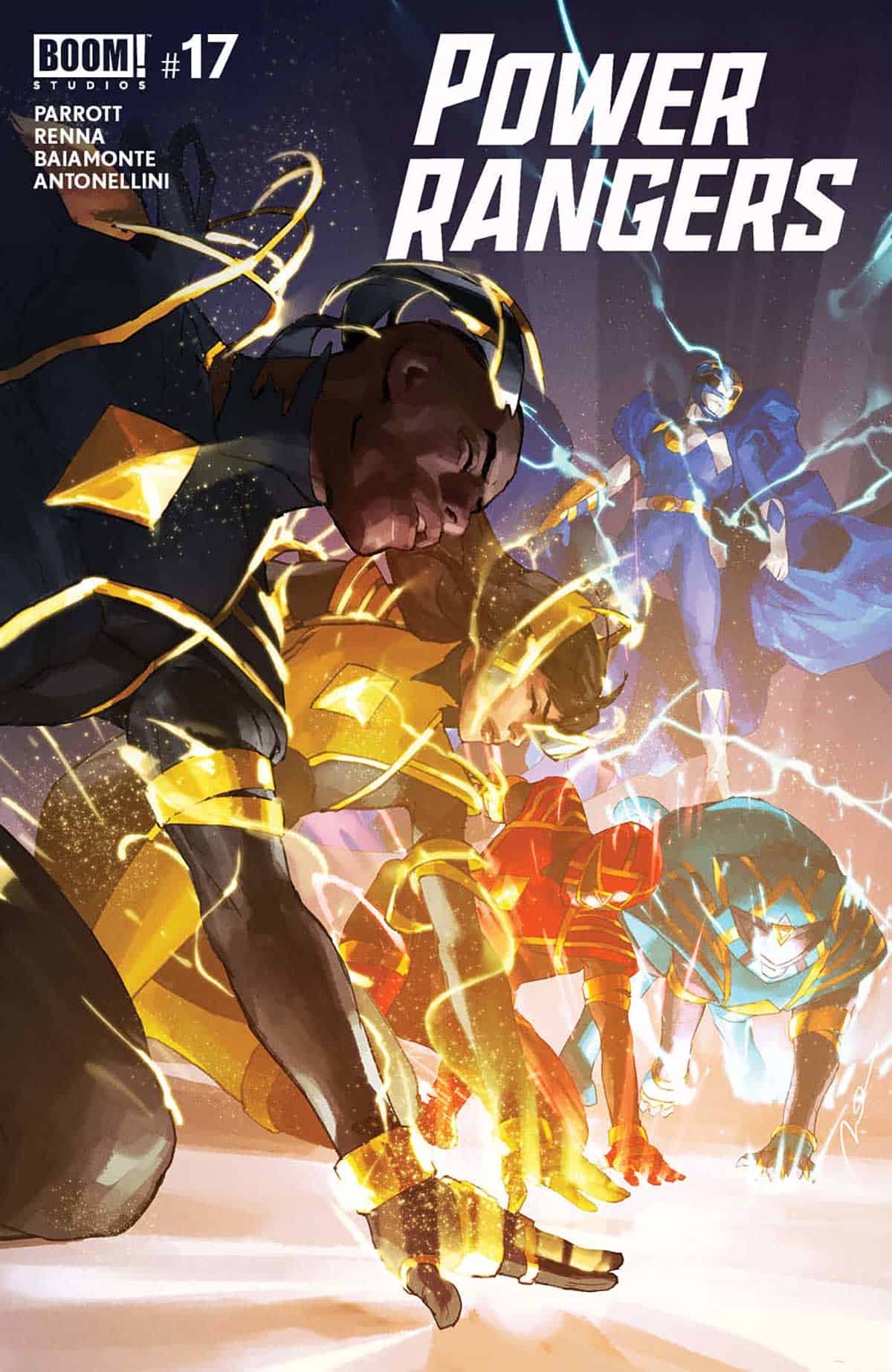 With the threat of the Empyreals gone and Earth saved, the Omega Rangers must forge a new path for themselves! But with the Blue Emissary gone and Xi still out of commission, can the Rangers survive the dangers of the universe that they're trying to protect?

I’m really happy to see Ryan Parrott and Marco Renna sticking around for the Power Rangers half of the main Power Rangers titles. The creative team has done a fantastic job fleshing out and developing Jason, Trini and Zack, three characters from the TV series whose actors were fired after asking Saban for more pay. Jason eventually returned on multiple occasions for later seasons, but this series has done wonders for Trini and Zack, two of the most beloved but underutilized characters of the franchise.

This issue is no different as each character has their own subplot. Jason wants to find Lord Drakkon, Trini wants to rebuild Xi with Billy’s help, and Zack wants to find the missing Morphin Spear. Trini’s and Zack’s were both very interesting, while I was less enthused about Jason’s. Trini trying to restore Xi’s databanks is a fascinating dilemma: Xi doesn’t wish to have their memory restored after all the atrocities that they had witnessed, but Trini wants the old, snarky Xi back. Zack, meanwhile, has to tend with an obnoxious alien kid who stole the mythical spear. The alien kid’s story is definitely tragic, but I found myself annoyed by him. However, I love that it spurs Zack into realizing they need to do more for the people in their care, as well as those across the galaxy.

The issue ends with a cliffhanger involving a group of followers of a former comics-only baddie. While Mighty Morphin seems to be bringing in the Machine Empire, it’s nice to see villains exclusive to the comics explored in this title.

It's lovely to see Ryan Parrott, Marco Renna, Walter Baiamonte and Ed Dukeshire stick around for this half of the Power Rangers titles. The Omega Rangers continue to be in great hands.

Power Rangers #17: We Need To Do More