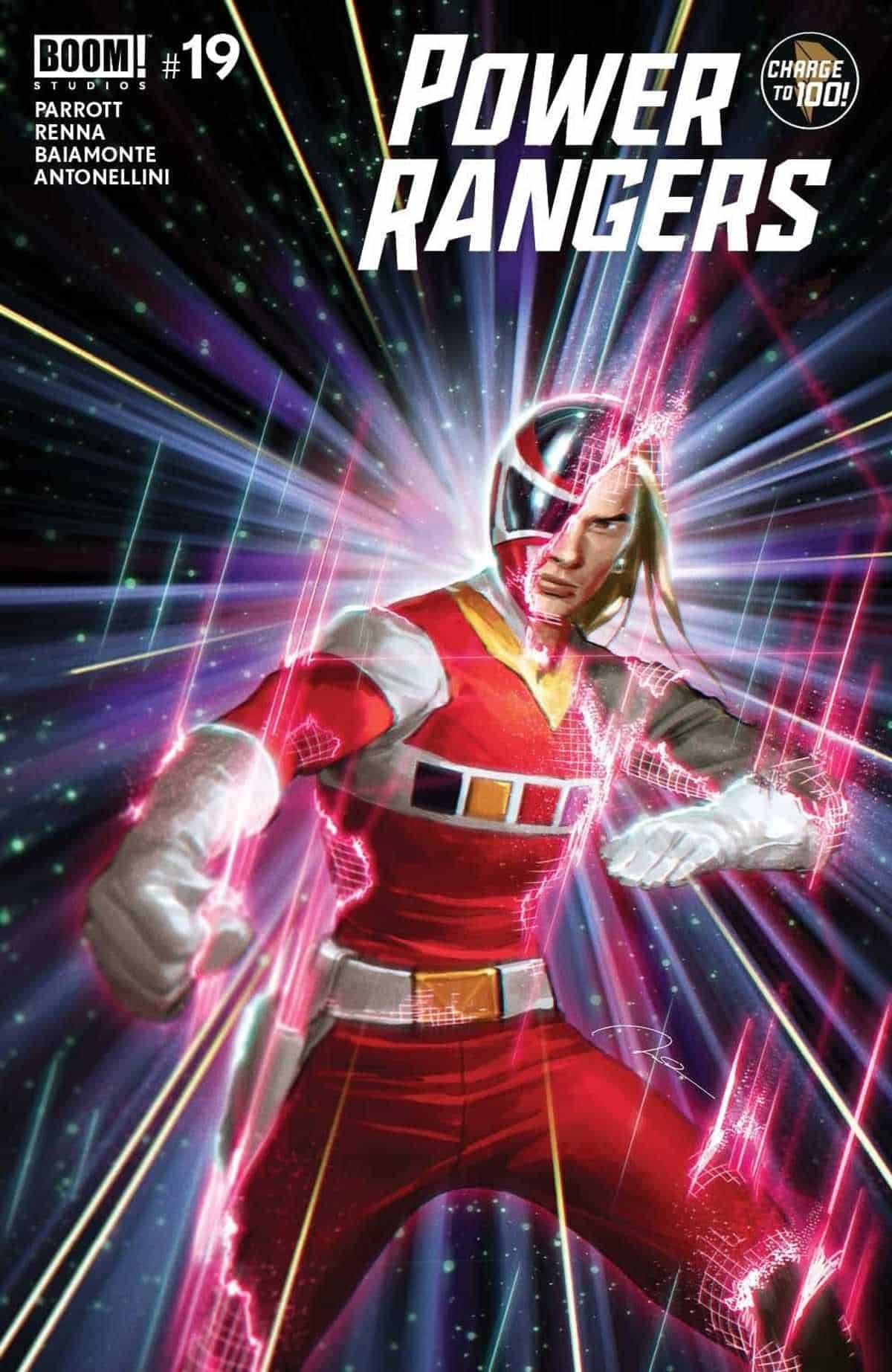 Past and future collide as Zack and Trini face an impossible parenting choice, while Jason and Yale contend with an enemy single-mindedly fixated on vengeance. In the midst of it all, one Ranger receives a phone call that will change their life forever...

Every month, I’m impressed with how Ryan Parrott continues to keep the storytelling top-notch, and this month’s issue is no exception. There’s a lot going on in this issue with two primary plots, but I savored every minute of it.

We start with Zack playing parent to the alien child discovered last issue. I know I say this all the time, but I utterly love what the Boom! comics have done with Zack (and Trini and Jason, obviously). Zack is such a lovable character, and watching this teenager trying to be a responsible babysitter is a true joy. Trini returns and reminds Zack not to get attached to the rapidly-growing child, but we all know that’s not how this is going. I personally find babies and children to be irritating in the media I consume (that makes me sound horrible, sue me), but “Journey” won even my cold heart over. This is largely due to Marco Renna’s truly adorable artwork of the little tyke, who slightly resembles a green Stitch. Renna’s expressive illustration are always fantastic, but he smashed this issue to bits in the best way possible.

The second plot involves Jason, Yale, and Andros. I’m so happy they’re bringing in characters from other season of Power Rangers, especially one of the most beloved seasons like Power Rangers In Space. Andros is a very memorable character from his original season, and here he’s portrayed with a bit of an edge that we rarely saw in the show. Jason has to rein Andros in during the battle which is a cool dynamic to explore in future issues, especially since Andros is returning to Safehaven with them. I was a little taken aback by Andros leaving the other civilians that Yale had freed. He states that they can take care of themselves, but as we saw from this story arc… that’s not exactly true. Then again, Andros seems blinded by revenge for Zhane, so I can’t be too hard on him for this.

The issue ends in a heartbreaking cliffhanger, with one of the Rangers receiving a phone call that so many of us dread receiving: the death of a loved one. I lost my mother a few years ago, and this scene was a punch to the gut. The last panel is truly devastating and will stick with me for a while.

Dark Specter continues to be a presence in the comics, and I’m hoping the “Charge to 100” will bring the villain to the forefront. Although the comic series does follow the TV series timeline, and we haven’t even seen Kat introduced yet, so it’s likely the event will either bring in season 3 of Mighty Morphin or introduce the Machine Empire from Zeo. Either way, I’m excited to see what’s in store!

Power Rangers #19 is a powerful issue filled with comedy, action, and sadness. How Parrott and Renna are able to masterfully explore vastly different emotions and themes in just a few dozen pages, I'll never know.