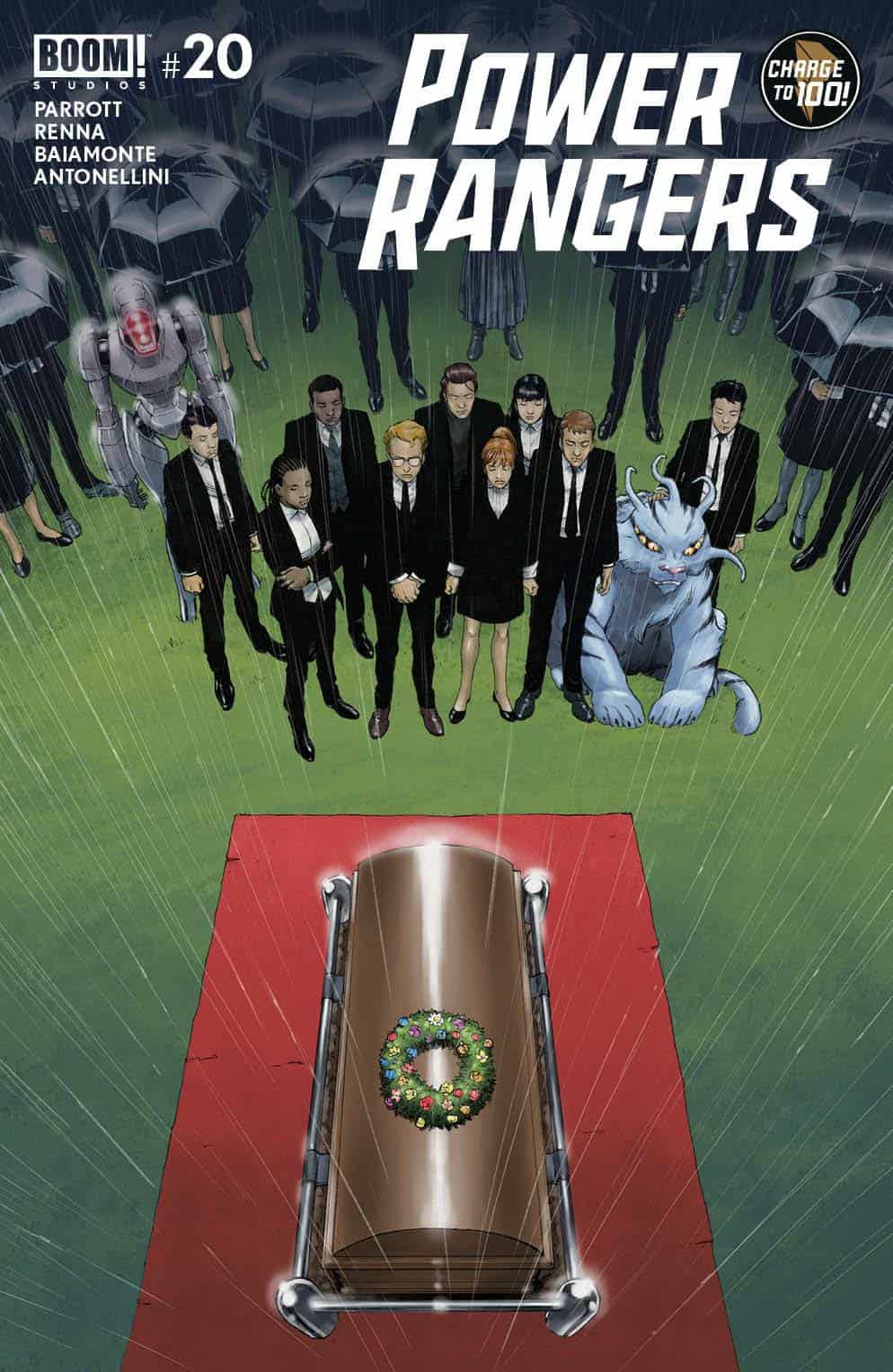 In the wake of tragedy, the Omega Rangers return to Angel Grove to reunite with some familiar faces from their past. Trini finds herself confronted by the nearly impossible challenge of balancing her life as a Ranger, and her responsibilities to her family. To make matters even worse, Safehaven faces an alien invasion; and they're after something that should never be unleashed! What horrors are sealed inside of the ancient container buried deep within the OMEGA VAULT?

The death of a loved one is always difficult, and this issue paints the difficulty very well with Jason, the Omega Red Ranger. Jason’s a character who I’ve never really clicked with… I’m not sure if it’s his role as leader of the team or if I was turned off by his massive pre-Tommy popularity, but he’s always someone I’ve rarely paid much attention to. Even in the comics, which has done wonders for characters like Zack and Trini, there’s something about Jason that I haven’t gelled with. That all changed in this magnificent issue about Jason’s grief.

We see a lot of Jason’s home life in this issue, and it’s clear that he doesn’t have much beyond being an Omega Ranger anymore. He manages to hold it together through several scenes (including a surprisingly touching Ernie moment), and only ultimately breaks down when discussing his complicated feelings with Zordon. People respond to death very differently, but I found his words to Zordon completely relatable. There’s also a tragic scene with Jason’s sickly father. His father comes off as cold and distant which made me feel for Jason, but it reminded me that the Omega Rangers spend nearly all of their time off-world which likely alienates their family members. I hope more is touched on that in future issues with Trini’s and Zack’s families.

The secondary plot involves Andros as he attempts to find more information from the Xurix captive. I really love the fact that Andros goes harder than the rest of the Rangers. He’s clearly a wild card, and judging from that cliffhanger ending, his journey has just begun.

It was recently announced that Ryan Parrott will be leaving the series after the Charge to 100 special. He’s given several years of his life to the Power Rangers, but it’s still a shame he’s moving on as he’s proven time and time again to be one of the best storytellers of the franchise. Of course, it’s a chance to get some new blood on the title(s), but this fan will certainly miss the dynamic stories brought to Power Rangers lore by Parrott.

We're one step closer to Mighty Morphin Power Rangers #100, and there are so many exciting plot threads left to unfold. But it's not about the destination, it's about the journey, and this continues to be one fantastic, nostalgic ride.