Power Rangers #7: You Want To Help Us? 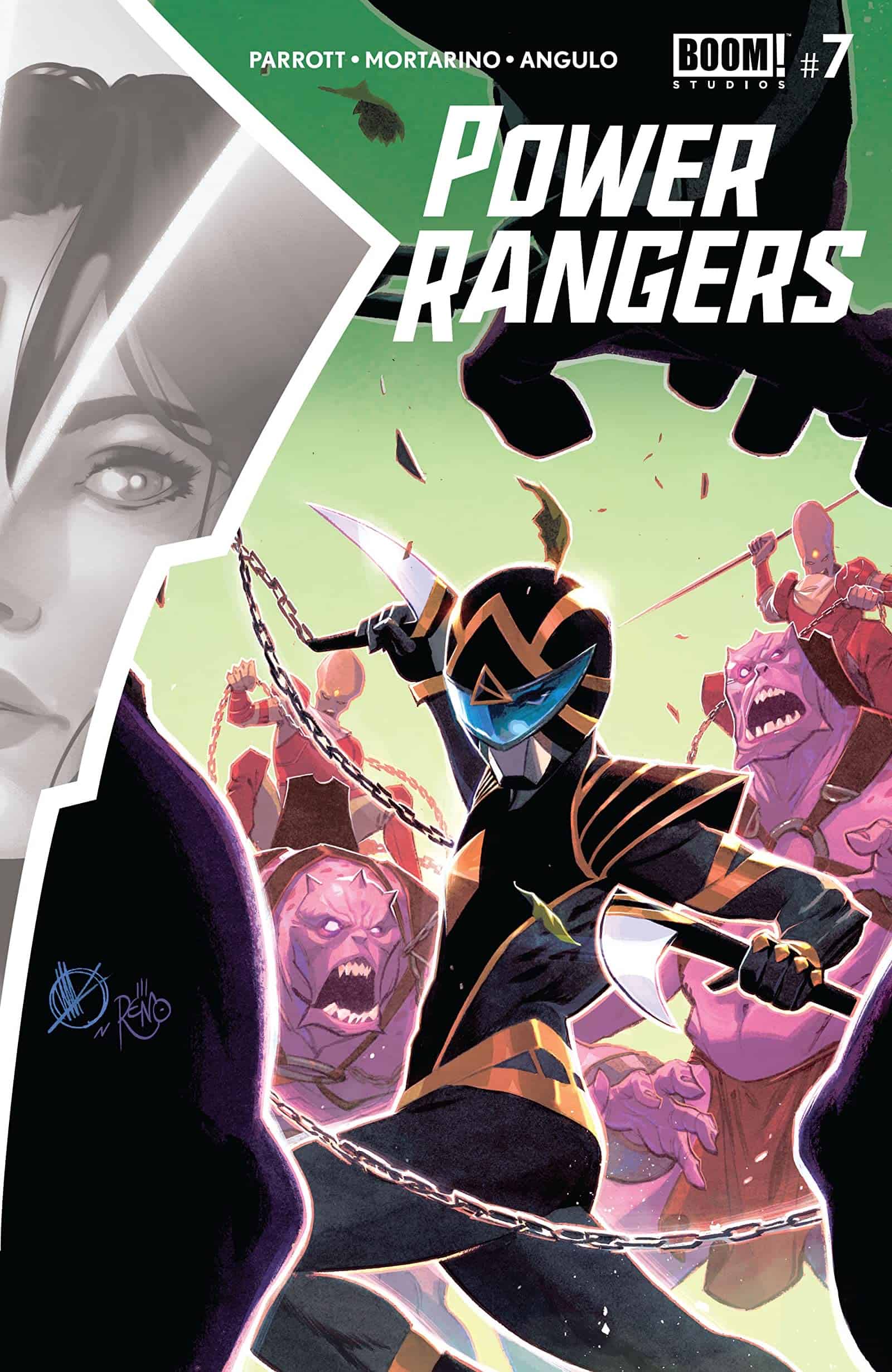 The Omega Rangers track the Empyreal to a planet known for its violent ways.  he king shows disfavor to the Rangers attempts to help but the queen may have been persuaded.

After the Astromeda mini arc, I find it interesting that the Rangers return to home base. It is possible that they are safest there while they plan their next operation. It appears that there is a divide forming between Trini and the others, as she does not take part in the game at the beginning of the issue, stating that it is because they are playing with Drakkon, who is mysteriously not being placed under detention like he was on the ship. He appears to have free reign of the planet despite the shock color he wears, which Zach ruthlessly uses to win the game. Jason tells her that Drakkon played because she would not. With all of these shake ups, I’m eager to see where Parrott is taking this line in the future. 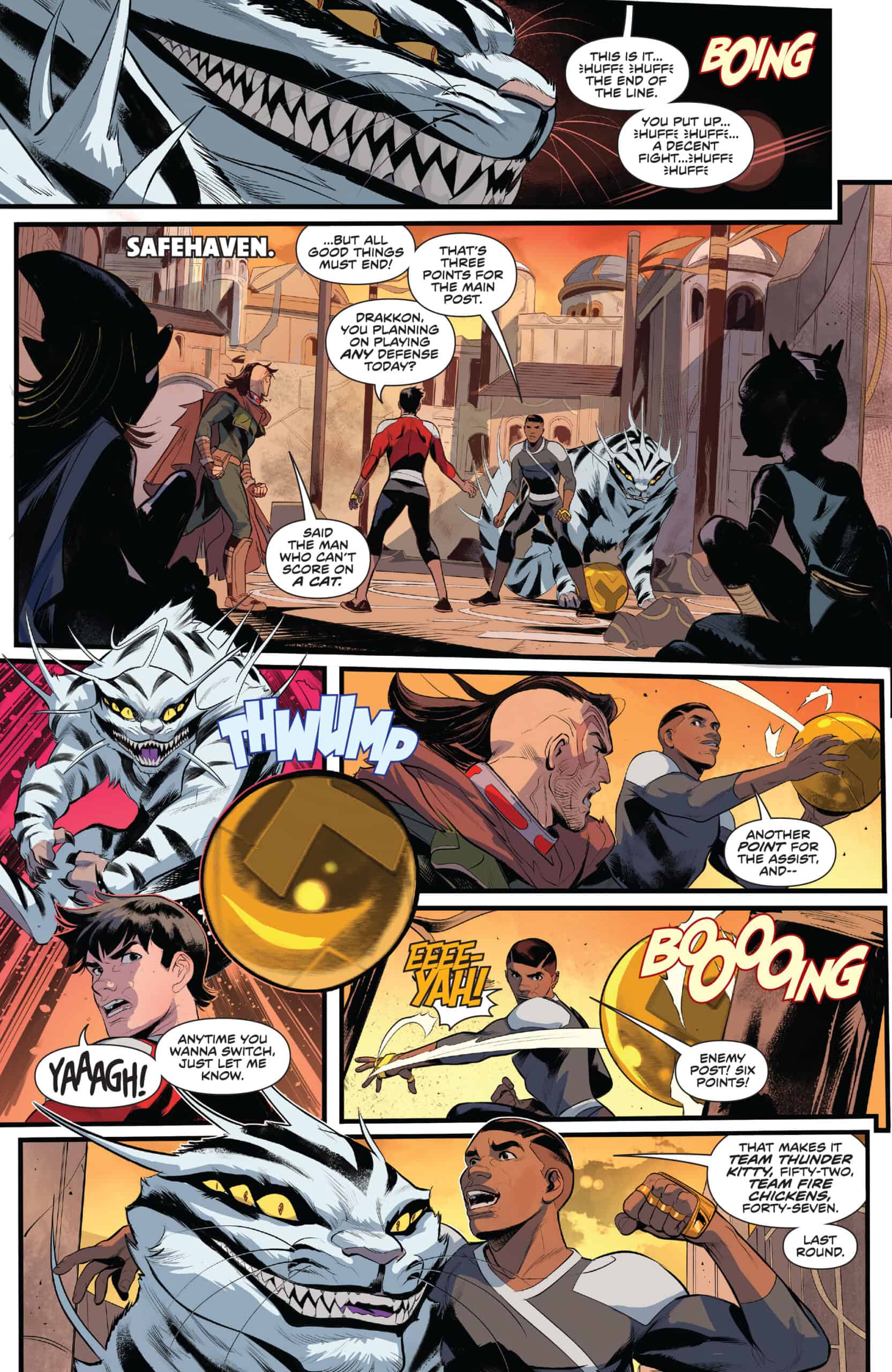 The art here is just great. Solid shading, and Mortarino is great at showing the visual differences of the characters, not just by obvious things like skin color or hair style, but facial features and details, gesturing… I particularly liked the morphing sequence panels were the Rangers look inhuman before completely morphing into their Omega forms. The stances and colors are electric and enchanting. As usual, Mortarino uses the eyes in the visors usually just one eye which I find to be effective in showing the emotional determination and depth of the character.

The character design of the Hartunians was also interesting, as there appears to be different races with these people, from the soldiers to the royals. As I close the pages of this brilliant issue, I hope we get a better back story about these people and their past in the next one.

For a heavy topic, this issue uses brief moments of frivolity to lighten the mood a little but again Parrott switches to a serious tone when dealing with the Hartunians and their society, setting intrigue and brilliance to come with both its story and art.

Power Rangers, Issue 7, You Want To Help Us?