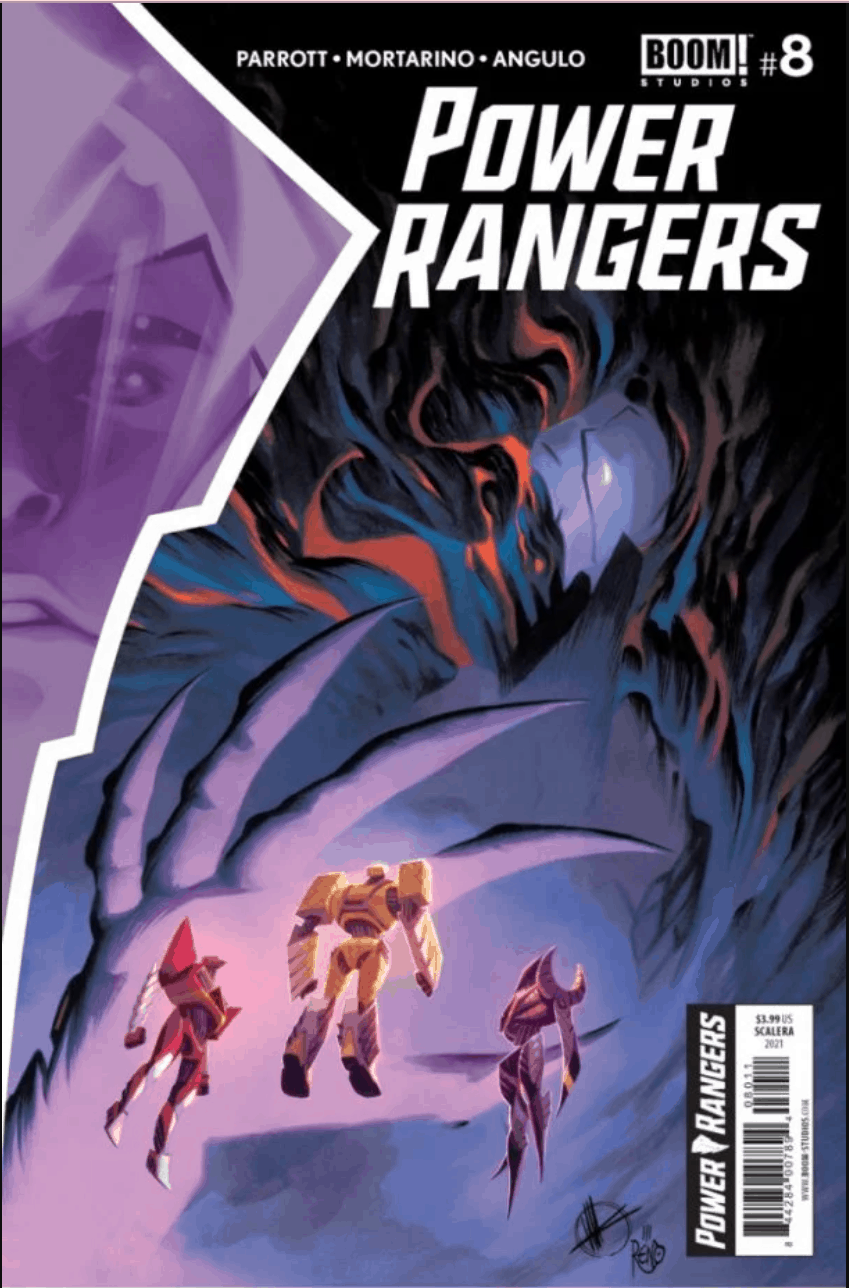 This is it.  There is nowhere left to run and no more time to prepare as the new Power Rangers must stand off against one of the Empyreal... with the fate of an entire planet at stake.   When the Omega Rangers discover the true nature of the threat to Earth, will they be able to warn their former teammates in time?

We find the continuation of the Hartunian skirmish.  Here we learn more about the Empyreals.  They are servants of another being, a being that fancies itself as being a god, a god of time.  These Empyreals are the foot soldiers that carry out the verdict of destruction on those people that it deems deserve to be eliminated.  Today that verdict comes down on Hartunia.

It is interesting that we learn more about what exactly the people of Hartunia are from these invaders.  The people and Drakkon agrees prey on those less fortunate and less powerful than them but that is not the way of all Hartunians.  The queen is different.  She is trying to save her people and she is willing to sacrifice her very life to save her people.  I do agree with Drakkon that I think Zach was starting to develop feelings for the monarch.  Now that the planet and the leaders are destroyed, the people have to forge their own way.  I am not so sure they are willing or able to do that at this time, but only time will tell.

The Rangers in this story really provide the action here.  We do not get much character development of Trini and Jason here, while we get a little for Zack.  Their role is the fists in this story and in that they are lacking.  Every time the Rangers engage the Empyreals, they fail abysmally and here is not exception.  I do not see how these three even with Drakkon can turn the tide.

The end of this story is particularly striking especially when seen in light of the events of Mighty Morphin.  The big bad are from Eltar, Zordon’s home planet.  An Eltusian is being held captive by Lord Zedd and another is talking to Zordon about the Empyreals.  We also learn that Earth is next.

The art here is good.  The art depicting the destruction of the planet is striking especially when combined with the dead bodies.  I did notice the same strange lines that appear on the human characters, I am not sure what their purpose is except to provide some texture to their skin?  I liked the use of the blue background with the yellow script showing the speech of the Empyreals.  It makes it easy to distinguish especially in the scene changes where  we hear from the Empyreal before the visual scene shifts.

This continues to be my favorite Rangers title.  The art and story is compelling.  There is a definite world shattering threat