Power Rangers: The Psycho Path: Insane in the Membrane 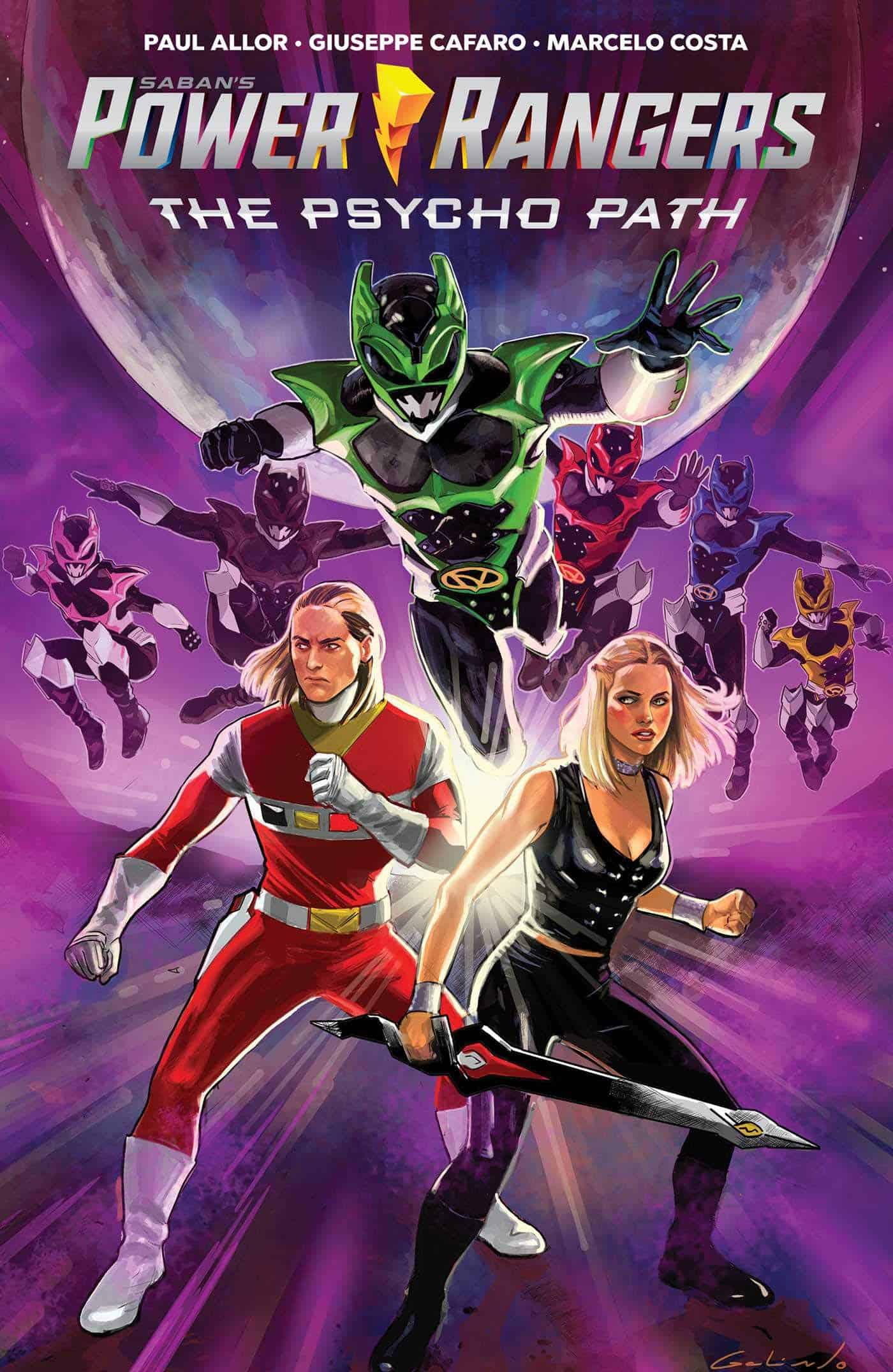 Little known fact, Jason, Trini, smoking hot Kimberly, Billy and Zach weren't actually the first team of Earth born Power Rangers. The original team was formed by Zordon around the time of the Vietnam War aaaaand they got royally destroyed on their first real mission by a guy named "Psycho Green" aka The Green Psycho Ranger. Yes he's a cool as the name implies but he also wholesale slaughtered the first team with only one Ranger surviving the battle (but just barely).

Fast forward to a the 2000s and Andros and the space bound Rangers are waist deep in conflict with a rival sect of murderous Psycho Rangers. Karone the Pink Ranger was formerly the villainess known as Astronema is now a staunch ally and her creations the Psycho Rangers are out to reclaim their "mother". Led by Psycho Green, the Psycho Rangers cut a swath through all comers in their bid to capture Karone and now you are up to speed.

So what starts off as a pretty simple good guys vs bad guys typical Power Rangers conflict swiftly becomes something new. When Psycho Pink successfully captures Karone and brings her to the Psycho Ranger base for “reprogramming”, we see the division between Karone the heroic Pink Ranger and Astronema the “I’m killing er’rybody up in here” mecha witch aren’t as wholly separate as we’ve been led to believe.

What follows is a conflict of wit and will as Psycho Green and Karone both plot to alter the very nature of the Psycho Rangers, if Tyre aka Psycho Green succeeds then the new and improved Psychos will be more ruthless and dangerous to the universe than ever. Karone vies to teach them essentially how to be human again. If you’ve read any early Wolverine or any of him after being found by the Hudsons of Alpha Flight fame then this is gonna seem pretty familiar to you. It takes on a similar approach of the nature vs nurture conflict while managing to still be an engaging read.

While at times it may seem corny (the explanation of what popcorn is and why people watch movies for example), the writing is still done very well. It makes the reader think about the aspects of everyday life we rarely contemplate such as having hobbies we enjoy just for the sake of doing or even something as simple as having a name and why we should appreciate those small things.

Despite being a Power Rangers book it doesn’t rely heavily on silly quips and monster killing mech battles. While there is plenty of action to keep the pace moving by the end of the trade you’ll realize the most engaging parts were just seeing the Psycho Rangers struggle with the concept of a hammer seeing problems and not just pounding them like nails.

In the end Karone seems to get the upper hand in their development as the Psycho Rangers become something akin to heroes…..well not quite heroes but a far sight away from the mindless murder machines spouting mustache twirling threats. While the Psychos don’t become bffs with the Power Rangers by any means and the antagonist relationship between the two teams mostly remains in tact by the end of the book when the team breaks away from Karone and Tyre’s attempts to control their destiny you’re left eager to see what will become of them.

All in all it’s an excellent read that flexes not only nostalgic love for the Power Rangers franchise but also shows the real strength of the characters within it. We all know that the majority of the characters outside of villains like Lord Zedd are actually human but outside of the more recent comic efforts we never get to see the potential in that part of the franchise, and that is where this book truly shines.

This offering shows us what makes the Power Rangers franchise great, not just the lasers, martial arts action, giant robots etc. but the concept of taking every day people throwing them into insane situations and seeing how they manage to come out of the other end (arguably) in one piece inside and out.

Power Rangers: The Psycho Path: Insane in the Membrane