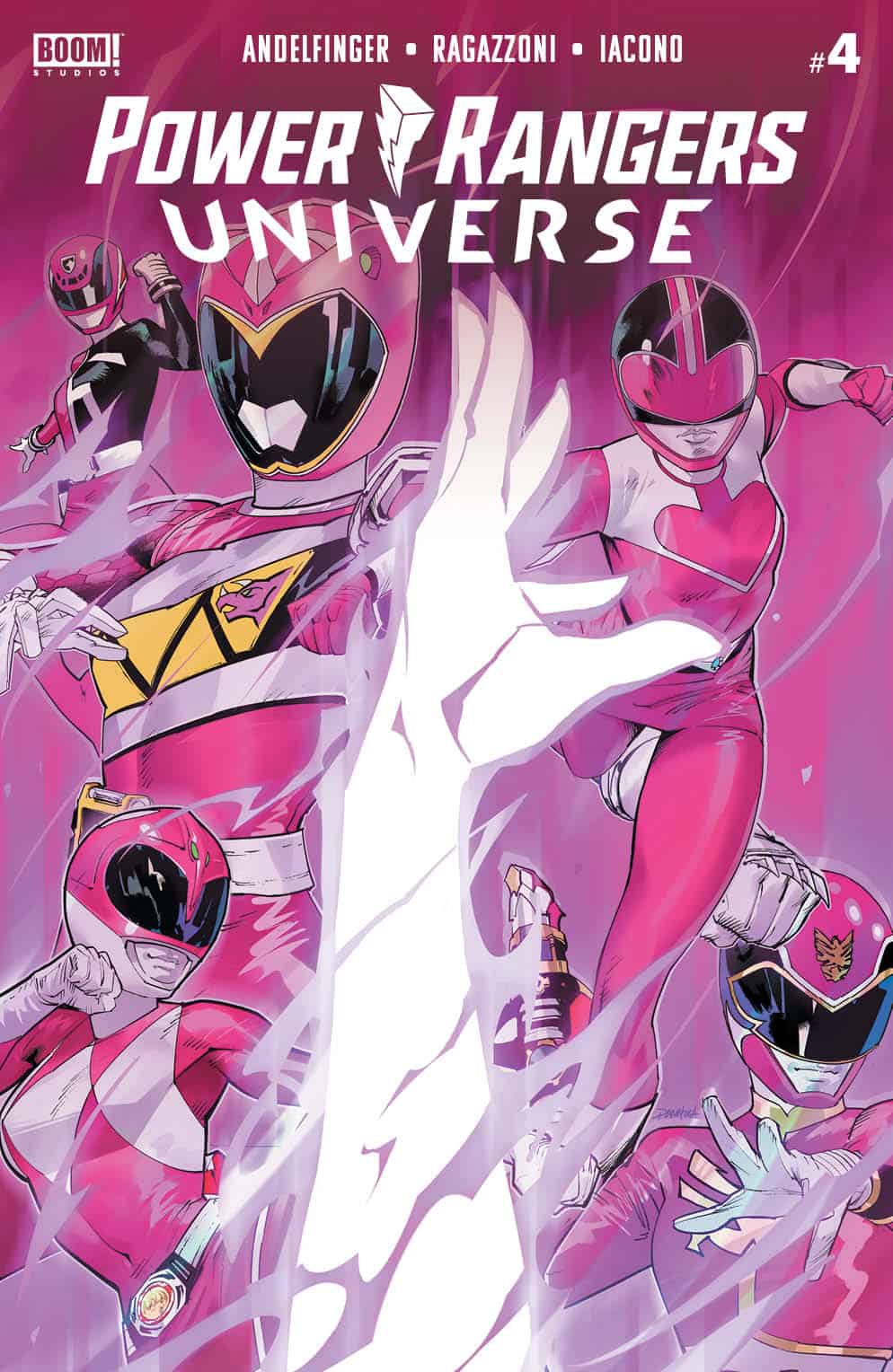 While the teens struggle with burnout from raw Grid Energy, The General offers them and Morphinaut a deadly choice, even as he threatens to take the Masterforge. Will the Legenedary Teens find a way to stabilize their Grid Energy and help Morphinaut survive the ensuing battle?

We’re now over halfway into the Power Rangerse Universe mini-series, and while we still don’t know the identity of the Phantom Ranger, we are given some hints throughout this issue. But make no mistake: the Phantom Ranger is still very much a guest character in this story, with the A47 Galaxy Rangers taking center stage. As I’ve said before, I’m confident that the story will read much better in its entirety when it’s collected in graphic novel form, but the monthly schedule of these single issues is driving me insane. 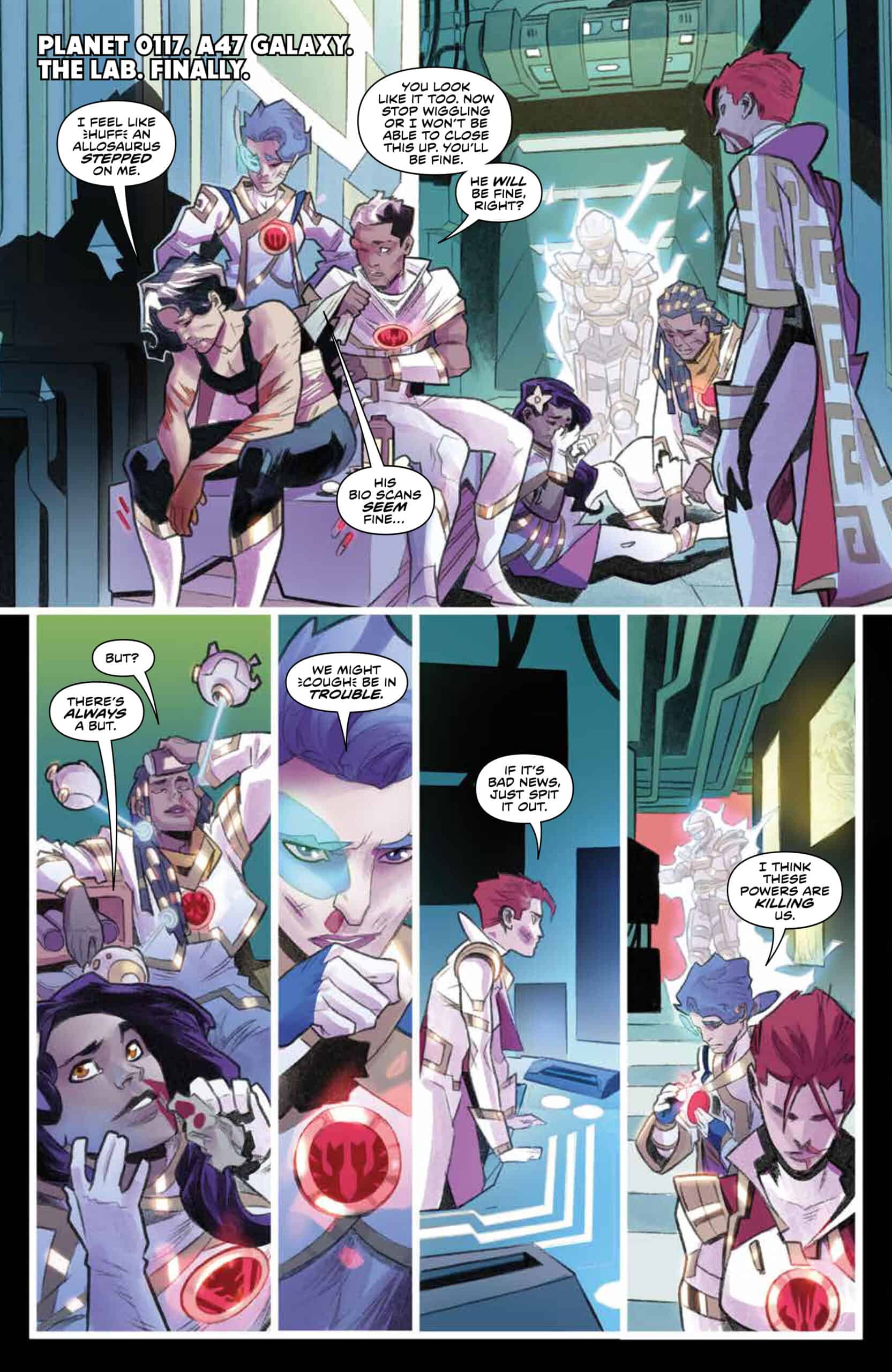 I do think I’m starting to get a sense of some of the individual characters and their personalities, but I still could not name a single one. Rhian? I know that’s someone’s name but if you asked me who it was, I’d have to guess. As of now, my personal favorite is probably the Yellow Ranger as based purely on visuals, I love the yellow beads in his hair. The Rangers eventually do get their unique Ranger forms, and they’re pretty fun. I really like the vests that each of them seem to be wearing. I’m not super fond of each of them using a spear/lance-like weapon as I prefer more variety, but that’s just pulling hairs. I’m excited to see if they end up getting Zords in the final two issues.

The expressive art is certainly growing on me, and the colors by Mattia Iacono continue to be impressive. And the Pink Ranger tribute cover is pure perfection. While I feel like I’ve gravitated more towards Yellow Rangers in my adulthood, as a kid I was all about the Pink Ranger. So it’s lovely to see Kimberly, as well as other iconic Pink Rangers, represented on this piece by the amazing Dan Mora.

This is definitely one of the weaker issues of the mini-series so far, with only the final few pages being of note. With only two issues left, I'm a little concerned on how quickly the story will wrap up (and how slowly we're reaching the Phantom Ranger's identity), but I'm strapped in nevertheless.