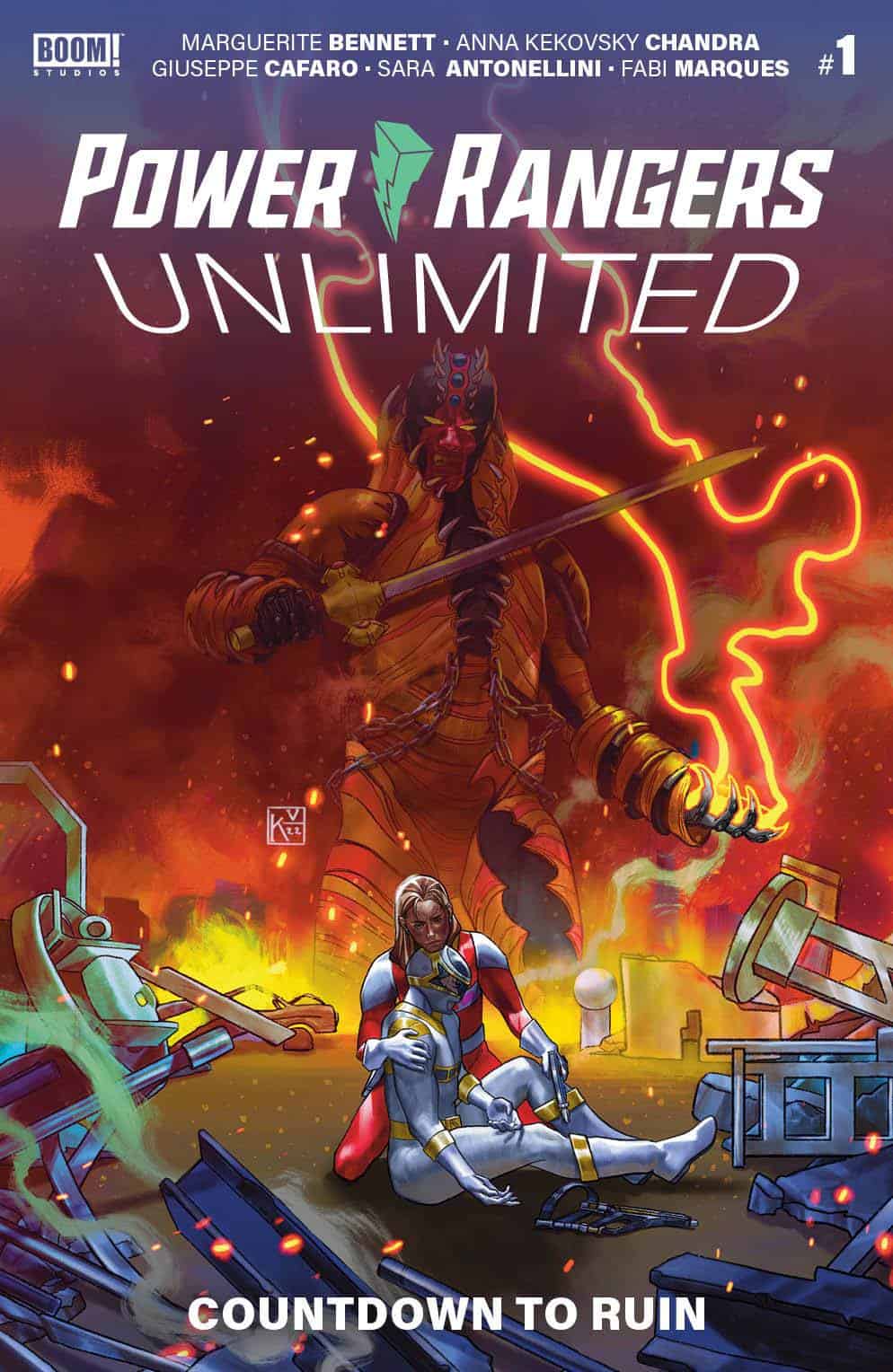 Discover their past growing up on KO-35, their journey to becoming Rangers, and the epic battle that changed their lives forever... The future of the Power Rangers saga starts here in this exciting one-shot adventure!

If you’re following the Mighty Morphin and Power Rangers comic books, you’ll know that Andros the Red Space Ranger is a pretty big deal. While he has unleashed an unspeakable evil in the present, this one-shot is all about the past and the tragic history of Andros, Karone, and Zhane. I’m a big fan of Power Rangers In Space, and Andros is objectively one of the most interesting characters of the season. But as good as the TV show was, it was still a Power Rangers show, and the writing never managed to live up to its potential.

However, Marguerite Bennett explores every nook and cranny of Andros’s childhood and adolescence. It’s a fantastic exploration that zeroes in on the friendship between Andros and Zhane. I’ve always been sort of indifferent about Zhane. Beyond his 90’s Brad Pitt look, his character never really went anywhere. I do have issues with Bennett’s somewhat bland characterization of Zhane here (his personality seemingly consists of “happy-go-lucky bestie”), but I think presenting male friendships and platonic love is important in storytelling. Andros and Zhane are very close, but I never got any romantic vibes from the two of them.

We also get a great queer couple with Maavi and Dhaza, who serve as foster mothers to the two boys and several others. Not much is done with them, but my heart fills with joy any time a queer character shows up in a comic book.

There’s not a ton of action which may put off some readers, but I didn’t mind it. We get some moments with Darkonda, but I found the moments with child Andros far more engaging. We also know next to nothing about the original Space Rangers, but I can’t really complain about that as this comic is truly all about Andros and not them (as opposed to the Power Rangers Universe mini-series which I felt should have focused more on the Phantom Ranger than the Rangers).

The artwork by Anna Kekovsky Chandra and Giuseppe Cafaro is lovely, and has a fun, cartoonish style to it. I can’t get over the panel of Zhane pressing his index fingers together bashfully as Andros thanks him. The art feels very expressive and youthful while not alienating older readers (like me).

This is essential reading if you're a big fan of Power Rangers In Space, Andros, or Zhane. It's not completely essential if you're just reading the main Power Ranger titles, but it's definitely a good idea to get this one so you're able to know what makes Andros tick. It's a great character-driven one-shot that spotlights one of the most popular characters from the franchise. And I'd love to see Marguerite Bennett work on more Power Rangers stuff.