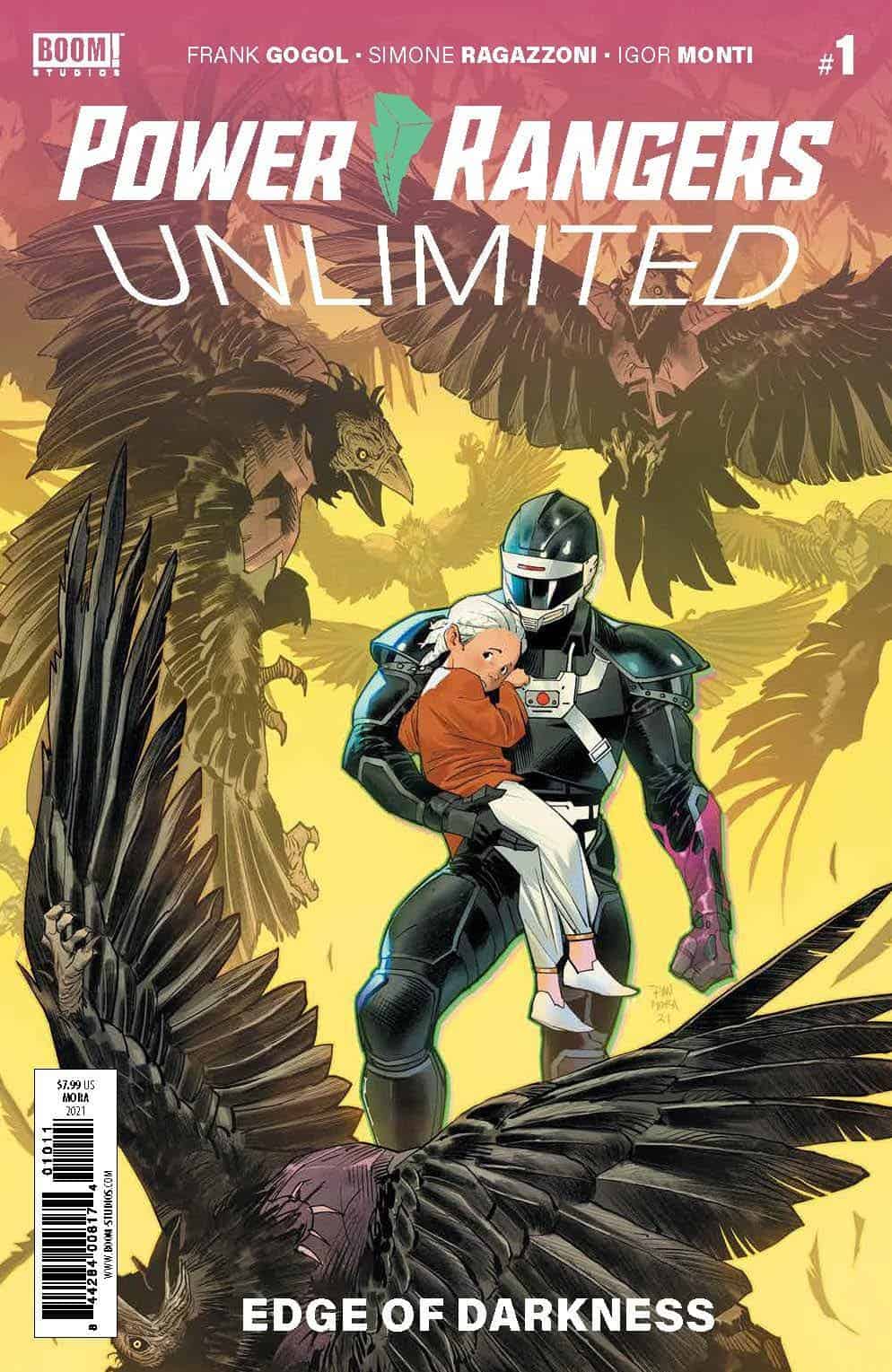 The Phantom Ranger has answered the call of Zordon, but it may be too late as the universe sits in waiting to see how its fate will play out.

When I heard that Frank Gogol was going to be writing a Power Ranger book I knew I had to throw my name in the hat to review the series. What I wasn’t ready for was how well done this book was going to be.

From the first panel, the team of Frank Gogol (writer), Simone Ragazzoni (art), Igor Monti (colors), and  Ed Dukeshire (letters) comes out swinging for the fences like they were the 1927 Yankees. Stepping in unison and meticulously delivering a stellar first issue to a series that has plans to shake up the Power Ranger Universe and that is exactly what this issue does.

Power Rangers Unlimited picks up from Power Rangers #8. The world is still reeling from the effect of the Empyreal onslaught that ravaged much of the universe. Answering the call of Zordon, the Phantom Ranger while on the trail of his investigation stumbles onto a realization that he may not be ready for. Now, as the book goes on, the reader may start to put pieces together as to what this could mean. If future issues are anywhere near the build that issue 1 was, then this is going to be one hell of a series. MMPR fans are going to devour the Edge of Darkness.

So, let’s get back to the 1927 Yankees aka Murderer’s Row. Named for the first six hitters in the lineup with names such as Earle Combs, Babe Ruth, and Lou Gehrig they were and are (in most circles) the greatest lineup in baseball. Am I saying this creative team is the best ever in comics? No. What I am saying is this team is comprised of all-star talent and this book is a no-doubt home run over the centerfield wall. Gogol continues to pen gems that amaze and entertain. The talent of the art side of the team is top-notch from head to toe. With Power Ranger alumni such as Simone Ragazzoni whose art is brilliantly astonishing in bringing the characters to life. Putting a bow on the whole project are Igor Monti and Ed Dukshire. The coloring is pure eye candy and the way Dukeshire keeps everything balanced in the panels is just another reason why I’m comparing them to Murderer’s Row. Power Rangers Unlimited: Edge of Darkness is a phenomenal offering of Power Rangers lore that deserves your time and space in your collection.

This was a really fun book. I love the fact the BOOM used folks that have worked on Power Ranger books before. They went out and got a huge MMPR fan in Frank Gogol to round out the team and this formula works. There is not a bad panel in this book.